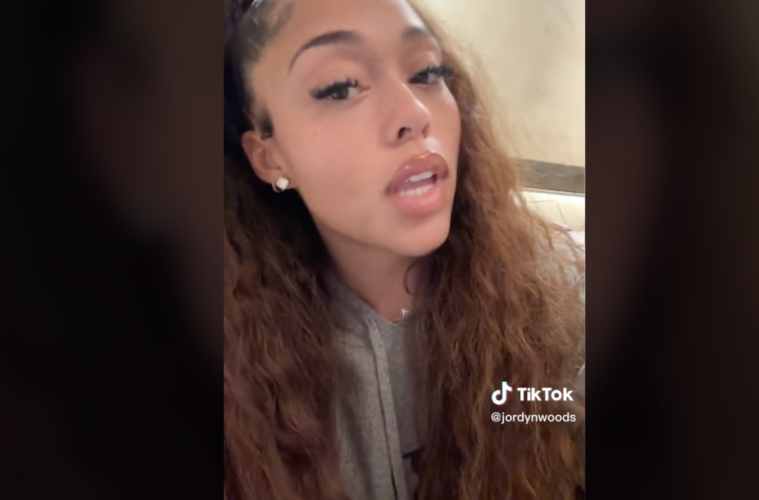 Fans flooded the comment section of one of Jordyn Wood’s latest TikTok videos after the star posted this video thanking her mom and dad for her genetics. The video is centered around the star showing off her natural lips and plays on one of TikTok’s top trends.

Jordyn Woods’ video features a sped-up version of The Weeknd’s Party Monster in which the words “Angelina, lips like Angelina,” play specifically when the star pans to her natural lips.

Fans who saw the video were quick to think Jordyn was shading former best friend, Kylie Jenner, in the process since Kylie has opened up publically about getting lip injections. Jordyn and Kylie had a falling out back in 2019 after Jordyn kissed Tristan Thompson, who is the father of Khloé Kardashian‘s kids.

“I’m gonna take this as shade,” one commenter remarked.

Another commented, “Def shots at Kylie” with crying/laughing emojis.

Shade or no shade?

Jordyn then took to the comments herself to clear up the rumours, posting this reply:

Jordyn seemingly denies the rumours that this video came off as shady by saying, “There’s no shade towards anyone, this is a trend I’ve seen a bunch of girls doing and I wanted to hop on.”

So, what do you think? Check out the video for yourself here.