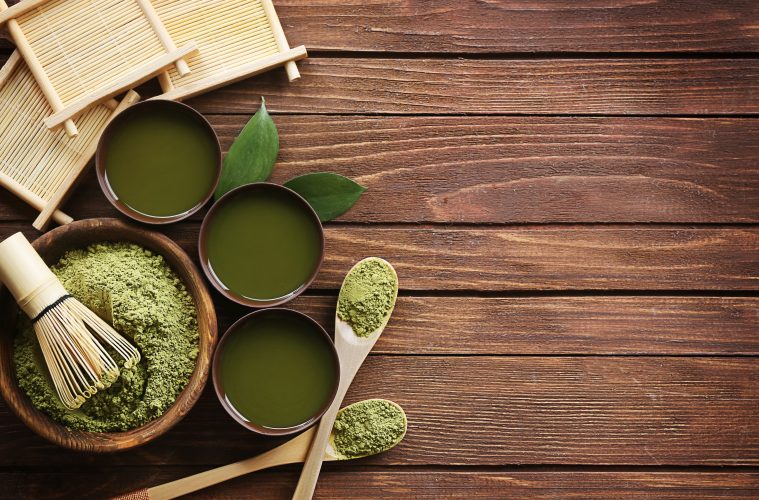 When we are in pain, get sick, feel anxious, or tired, our first impulse is often to turn to prescription medications. We’ve been conditioned to believe that the solution to our ailments is in the form of a chemical that often comes with a high cost and a high number of harmful side effects. This is common practice in the West. By contrast, Eastern Medicine has been practiced for centuries in Asia and other parts of the world. Acupuncture, herbal remedies, and other ways to treat these and other illnesses and conditions. Peer-reviewed studies tend to be light when it comes to these treatments, partly because it’s not in the interests of major drug manufacturers to fund studies that would prove the efficacy of more affordable alternatives to their products. Still, people continue to use herbal remedies and many of them claim to experience relief from their symptoms. But, which ones actually work? We explored several options, and here’s what we found out.

Cannabidiol, better known as CBD, is a natural remedy that has exploded in popularity in recent years, due to relaxed federal regulations. It belongs to the family of chemical compounds known as cannabinoids, of which there are over 100 distinct varieties. It is derived from the cannabis plant, and void of the psychoactive chemical, Tetrahydrocannabinol, or THC. CBD has a number of reported benefits. It’s often used for its pain-relieving effects, as well as its anti-anxiety, and anti-depression effects. These symptoms are typically treated with prescription drugs that have known side-effects like drowsiness, insomnia, sexual dysfunction, headaches, insomnia, and agitation. By contrast, CBD is reported to have none of these side effects. By contrast, it also has a number of other benefits. It can alleviate cancer-related symptoms, may reduce acne, and could treat neurological disorders like epilepsy. It can also relieve symptoms associated with high blood pressure, psychosis, cancer, and substance abuse.

The leaves of the tropical tree, mitragyna speciosa, are most commonly known as kratom. The leaves are dried and refined into a powder that can be ingested as a tea, or in capsules. People have used kratom powder in Southeast Asia for a variety of benefits, and now it’s available in the US. It comes in a number of strains, typically named for the vein-color of the plant’s leaves. Common varieties are red, white, and green-veined kratom. Green vein Maeng Da is a popular variety, because it’s high in alkaloids, the active compounds that are present in kratom powder. But there are other varieties, too, and they all have slightly different reported results. As with CBD, Kratom is used often for pain relief, anxiety reduction, and as an energy booster. It’s also reported to improve focus, and cognitive abilities. But, there’s more. Many people who are hooked on opioids, often as a side effect of taking prescription opioids for pain, report addiction recovery. Some people even say that it can help with diabetes management.

People who use echinacea report that it has a positive effect on their immune systems. There is even some research that suggests that it increases your white blood cell count, supporting this idea. There are even some studies that show a slight improvement in preventing the common cold. In addition to its effects on your immunity, echinacea is also reported to improve blood sugar levels, anxiety, inflammation, and overall skin health.

People in Asia have used ginseng for its health benefits for centuries. Even if you don’t use it for its healing properties, ginseng is chock full of powerful antioxidants. In addition to their health benefits, these antioxidants may reduce inflammation. Other benefits include a boost to the immune system, increased energy, and lower blood sugar. There are even reports that it can improve brain function and could help with cancer symptoms. Then of course, there’s what everybody knows about ginseng: it is known as a powerful aphrodisiac, and people report improvements to erectile dysfunction.

Of all of these holistic remedies, ginkgo biloba may have the longest list of benefits. For starters, it contains strong antioxidants including flavonoids and terpenoids. These chemicals provide natural protection against free radicals that can lead to toxic buildup in the body. As other antioxidant sources, ginkgo biloba may help reduce inflammation. This benefit can translate into minor pain relief, such as for headaches and migraines, as well as inflammatory respiratory diseases like COPD and asthma. It can also help with circulation and overall heart health. But the great thing about this supplement is that its benefits extend beyond physical health. Some people have reported it as helpful in reducing anxiety, dementia, depression, and other psychological disorders. One study even showed that taking it in conjunction with prescription drugs for alzheimer’s disease showed measurably improved results. As if that wasn’t enough, ginkgo biloba may support vision and eye health, due to increased blood flow to the eyes. Its effects on blood flow may also reduce PMS symptoms, and may help with sexual dysfunction.

Prescription drugs have their place, but if you can replace some of them with holistic remedies that produce positive results, then you may live a more natural, healthier life. So, give the items on this list a try, and see how you feel.