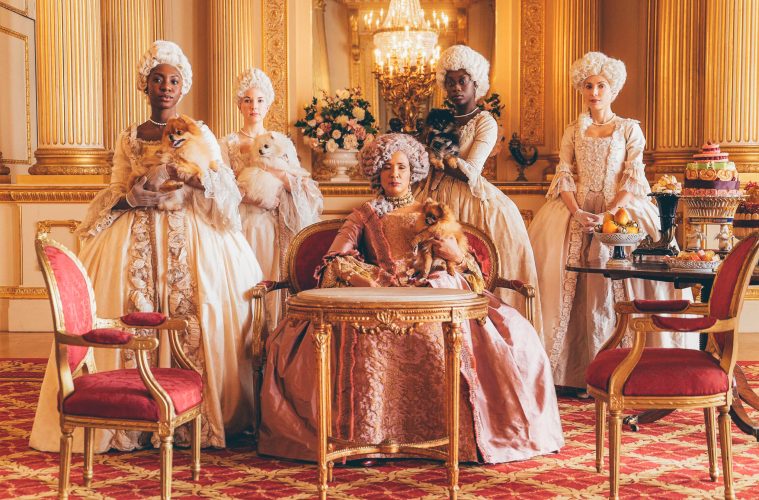 Now, we might not be able to secure you a dance with the duke, but in the 2022 summer Social Season, Contiki is cordially inviting you to join a most memorable jaunt across the U.K. to indulge a different kind of lust—your wanderlust, that is.

The perfect solution to satiate your Bridgerton fantasies is to immerse yourself in them on a four-day mini adventure.

Prepare to be escorted about the Ton and discover the sumptuous settings where the world watched Daphne’s scandalous Social Season unfold.

Do prepare yourself for incomparable experiences with new acquaintances as you’ll make your debut in the world of Regency-era London, while uncovering the show’s swoon-worthy filming locales.

Should you wish to embark on this most enchanting adventure, continue on, dear reader, to discover the top 5 highlights you simply cannot miss:

Visit the Backdrop of the Bridgerton Family Home

The wisteria-clad exterior of the Bridgerton family home can be seen in the historical borough of Greenwich. On Chesterfield Walk, the elegant Ranger’s House serves as the setting for the beautiful Bridgerton estate, where the season’s diamond of the first water resides.

Built in the 1720s, this Georgian Villa predates the regency period, and happens to have a royal history of its own, beyond Bridgerton. It’s seen several regal residents, including Augusta, Duchess of Brunswick, whose daughter, Caroline, Princess of Wales, resided at neighbouring Montagu House, where she established her own Regency ‘court,’ hosting and entertaining high society Londoners. Today it’s home to an art museum.

On a city tour of Bath, stroll down Abbey Street to see the location of Madame Delacroix’s dressmaking boutique, where the season’s socialites all acquire their beautiful ballgowns. You’ll also take in Bath Street, Alfred Street and Beauford Square, which Bridgerton used to recreate Mayfair.

Both the interior and exterior of the Abbey Deli in central Bath were transformed to be used as Madame Delacroix’s Modiste. Several notable scenes were shot here—and plenty of gossip exchanged. Seeing as it’s a deli in real life, travellers can explore inside and even indulge in some freshly baked pastries and a cup of tea.

Nearby, 12 Trim Street serves as Gunter’s Tea Shop, which actually existed in regency-era London. Much like the fictional Bridgerton, it was the place to be seen in Mayfair. The building used to replicate the Tea Shop recently opened its doors as a beauty salon in Bath.

Partake in the Customary Promenade 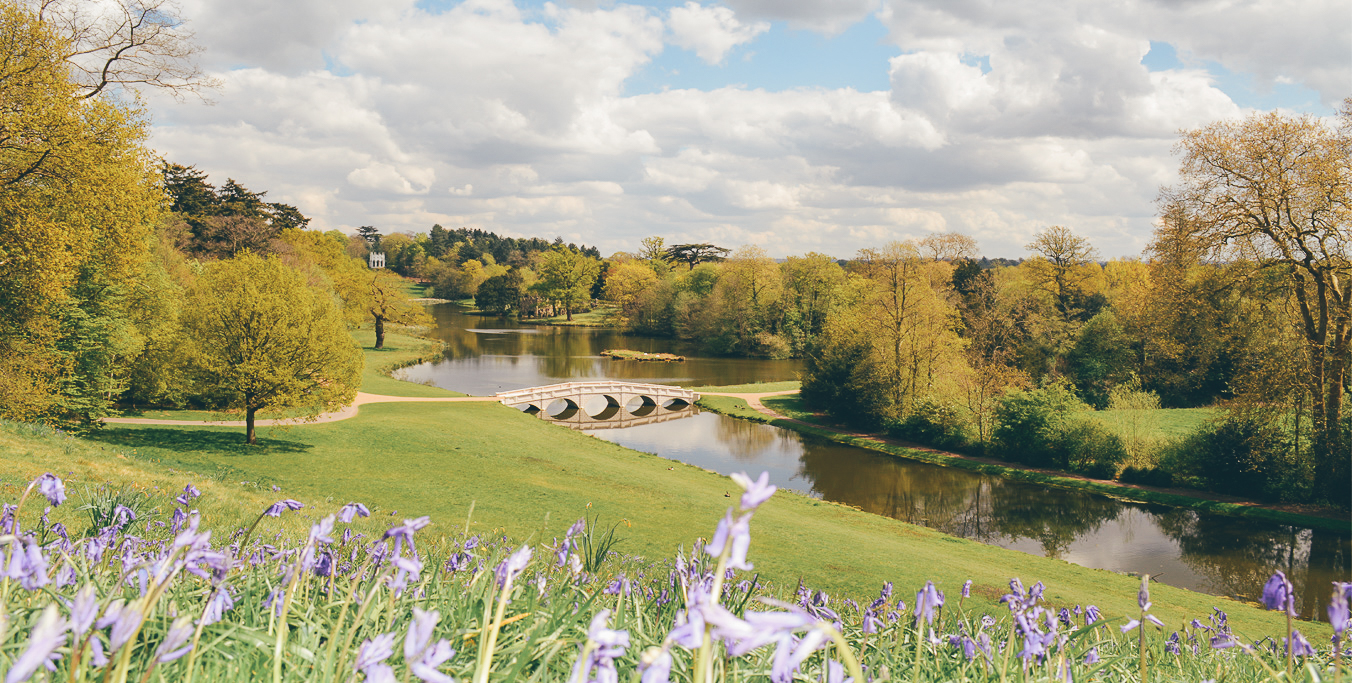 Making your way from Bath back to London, a stop in Surrey will see you soaking in the beautiful lake and bridges of picturesque Painshill Park.

You’ll recognize this as the site where Daphne and Simon showcased their sham courtship and enjoyed their Promenades, meeting to picnic, perambulate and preen.

Painshill Park dates back to the eighteenth century when it was built by the Honourable Charles Hamilton. Today, the park is being restored and maintained by The Painshill Park Trust. Visitors may also recognize it from other popular shows including Netflix’s Black Mirror.

Salisbury’s Wilton House set the scene for several Bridgerton locations, serving as Queen Charlotte’s residence where we see Daphne make her debut as she’s presented to the Queen along with the Ton’s other high society debutantes. *Spoiler Alert* It’s also used to portray the dining room of the Duke of Hastings’ country estate at Clyvedon Castle, where he and Daphne enjoy their honeymoon.

Near Salisbury, England, the current Wilton House was primarily built in the 1600s, with renovations in the nineteenth and twentieth centuries. To this day, for more than 400 years, the house has served as the family home to the Earls of Pembroke. The exterior is seen in Bridgerton as the Duke of Hastings’ lifelong home, while parts of the interior are used to portray Queen Charlotte’s luxurious palace, Lady Danbury’s home and the home of the Duke and Duchess once they’re married. 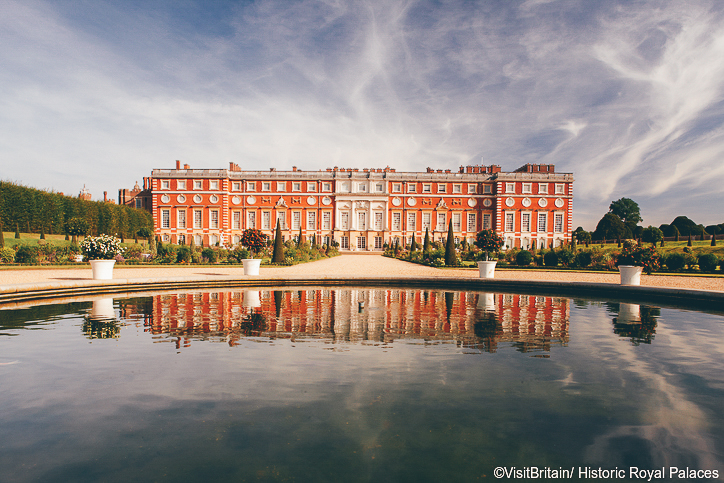 Hampton Court Palace is a historic royal palace built by Cardinal Wolsely and handed to his monarch King Henry VIII in the year 1528. King William III created a baroque classical wing of the palace overlooking gardens in the late 17th century. Building facade and gardens laid out in formal style. 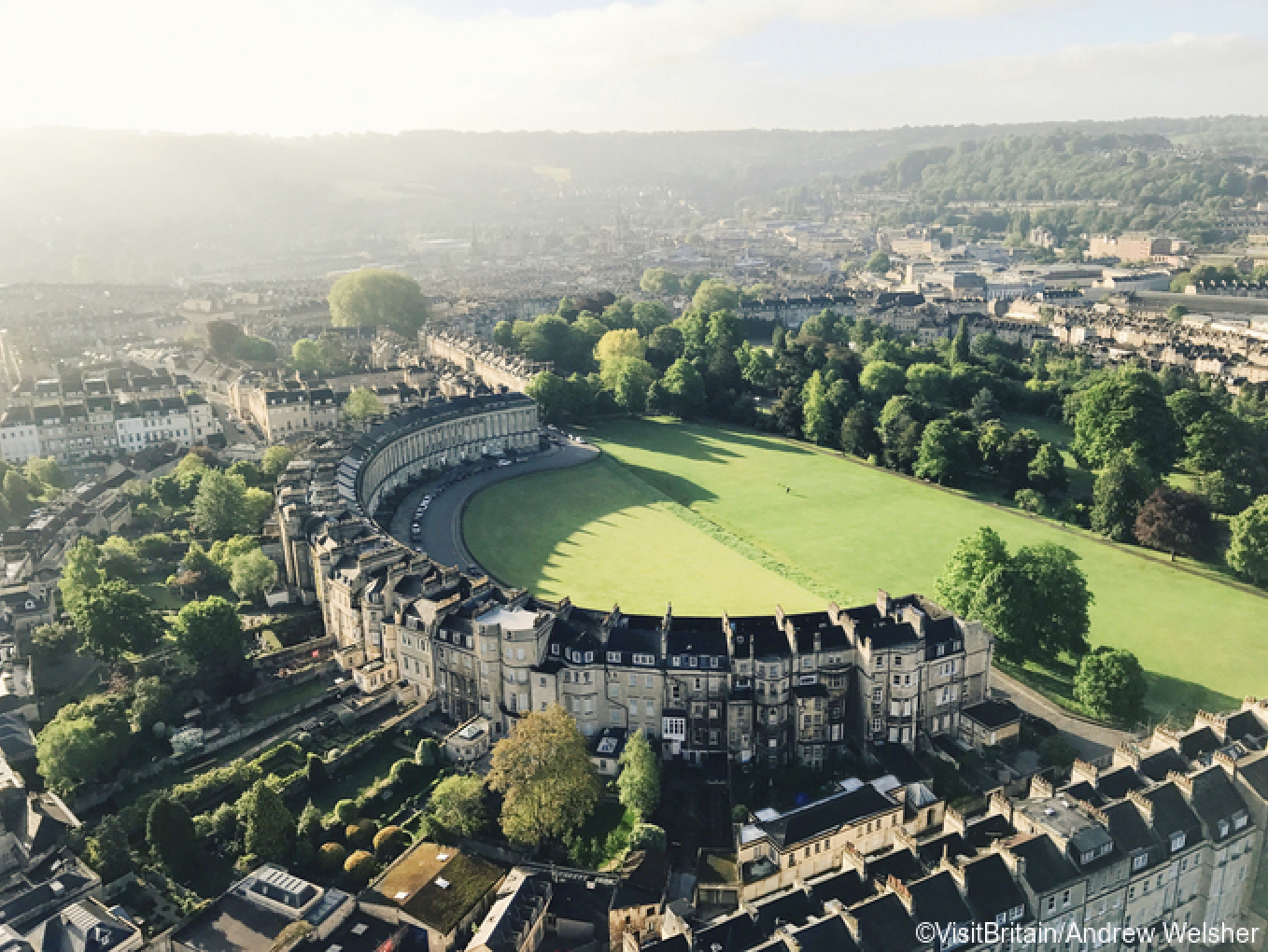 You can’t miss the famous Royal Crescent of Bath, which will bring you to two notable filming locations. You’ll see the front doors of the notorious Featherington family’s home, and the exterior of sultry opera singer, Siena Rosso’s London flat.

The iconic Royal Crescent is composed of 30 townhouses and pre-dates the Regency period, having been built in the late eighteenth century. No. 1 Royal Crescent, used as the exterior for the Featherington’s home, serves as a ‘historic house’ museum. Visitors can take a trip back in time to see authentic replications of how the wealthy would have decorated more than a century ago.

Make haste to discover all that Contiki’s potential Bridgerton-inspired mini-break has in store here.