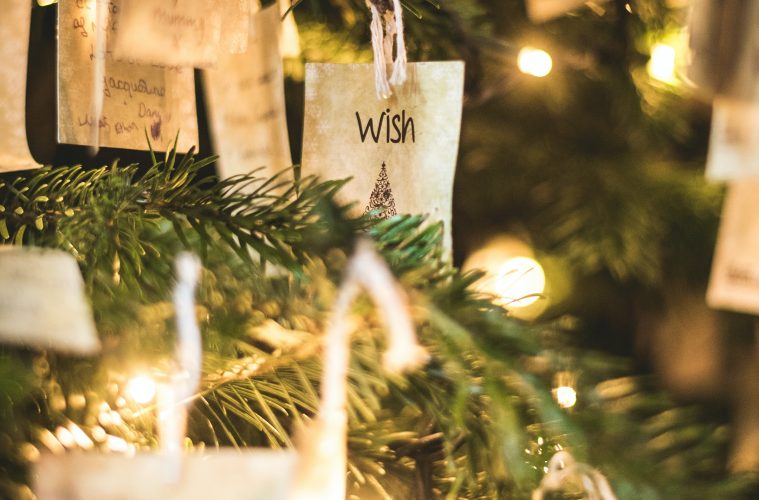 Christmas Around the Globe

Sitting by the fireplace, embers of orange and red ablaze. A glass of milk with cookies sitting side by side, and two kids in pyjamas awaiting Santa’s sleigh.

I’ve always loved Christmas. I was lucky enough to grow up in a household where the magic of the holiday season shone bright. When I was a kid, I remember so vividly, rushing downstairs on the morning of the 25th to see Santa’s presents underneath the tree. Each one labelled [in my mom’s finest handwriting] “Love, Santa and Mrs. Claus.”

As the years went by, Christmas grew increasingly more important to me. Rather than being about the reward of presents from a year of being nice, it grew into a season of traditions and of spreading joy and merriment—whenever, wherever. The most important gift was not found under the tree, but found in the time spent with loved ones.

To me, the most magical part of the season is seeing people embody Santa Claus’ giving nature through kindness, taking the time to appreciate family, and rally as a community in certain traditions.

This year might look a little different when it comes to our gatherings, but the spirit of the holidays is still alive. I’ve seen it in the random acts of kindness, the toy drives and the food bank donations. It’s there in the holiday cards, the big smiles, and the all around cheer.

To ring in this Christmas, I’ve compiled some of my favourite Christmas traditions from around the globe. Though some might be put on pause this year, they’re on pause ultimately because we care about the safety and wellbeing of each other—and what’s more Christmas than that?

If you live in Toronto and claim you love Christmas, but haven’t driven or walked down Inglewood Drive, well, you’re missing out. Every year, nearly every house on on Inglewood puts up a giant inflatable Santa on their front lawn. It’s hilarious, weird, amazing and magical, all in one.

Make sure to be blasting “Santa Claus is coming to town” for the full effect. I would post a photo, but it’s better if you go experience it first hand. You’ll thank me later.

Feasting in the Philippines 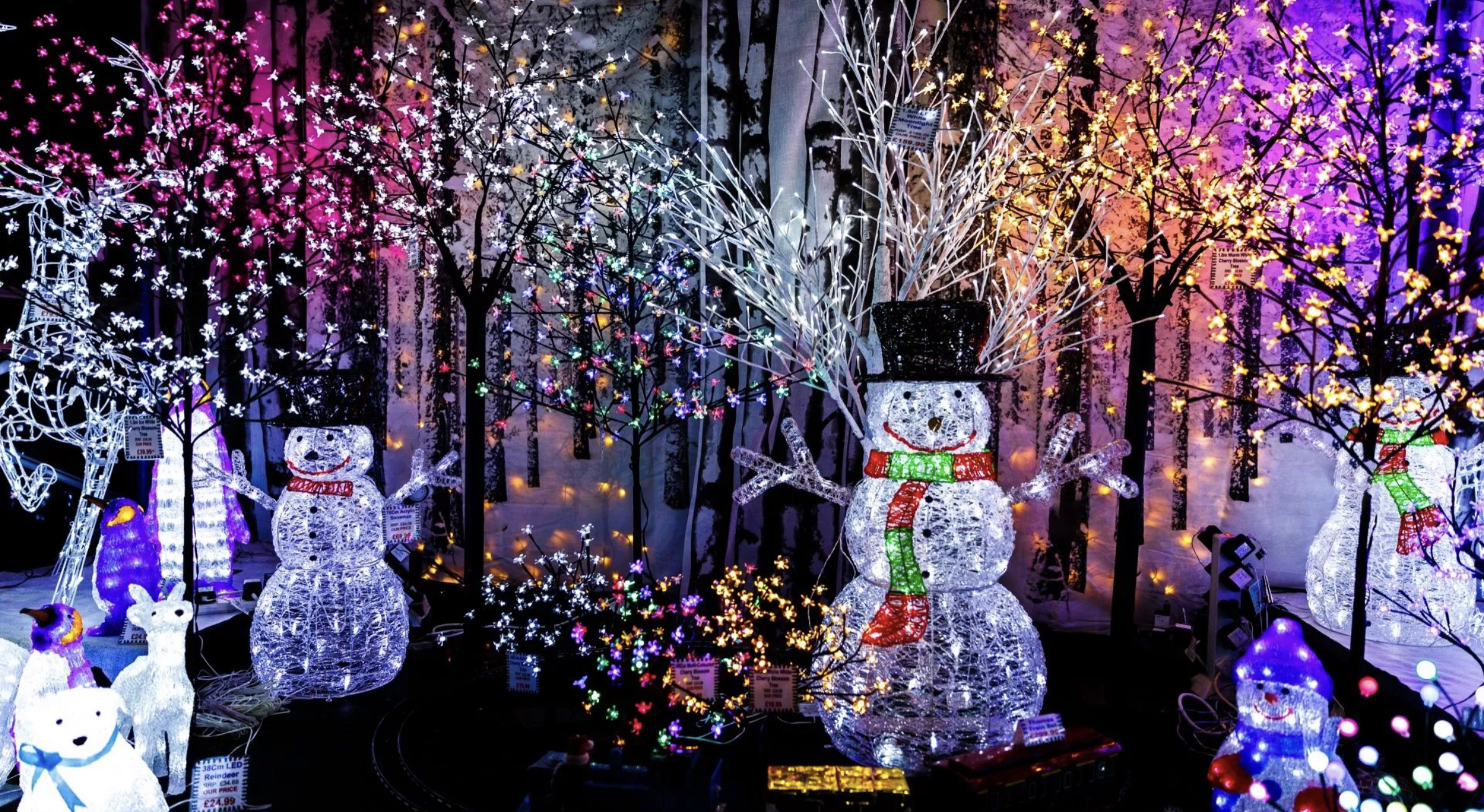 I remember the extravagance of Christmas the first time I spent the holiday season at my Lolo and Lola’s in the Philippines. I was just a child back then, but still carry fond memories of all the lights, the fireworks and the gatherings starting early on and extending well into January.

In Filipino culture, Christmas Eve is very important, with many Filipinos staying awake all night.

During the evening of Christmas Eve, Christians gather at church to hear the last ‘simbang gabi’—the Christmas Eve mass. Following this is Noche Buena, a midnight feast consisting of a big celebration with family, friends and neighbours dropping in to wish everyone a very Merry Christmas. The door is always open and the gathering is always huge. The large feast typically consists of lechon, ham, fruit salad, rice cakes, steamed rice, sweets, and many types of drinks.

There’s something magical about the holidays in Northern Virginia as historic towns and centuries-old homes come to life with the spirit of the season.

In historic Middleburg, they hold a famous Christmas parade where hounds, horses and their riders dress in red attire and march down the streets adorned with antique ornaments and twinkling lights. 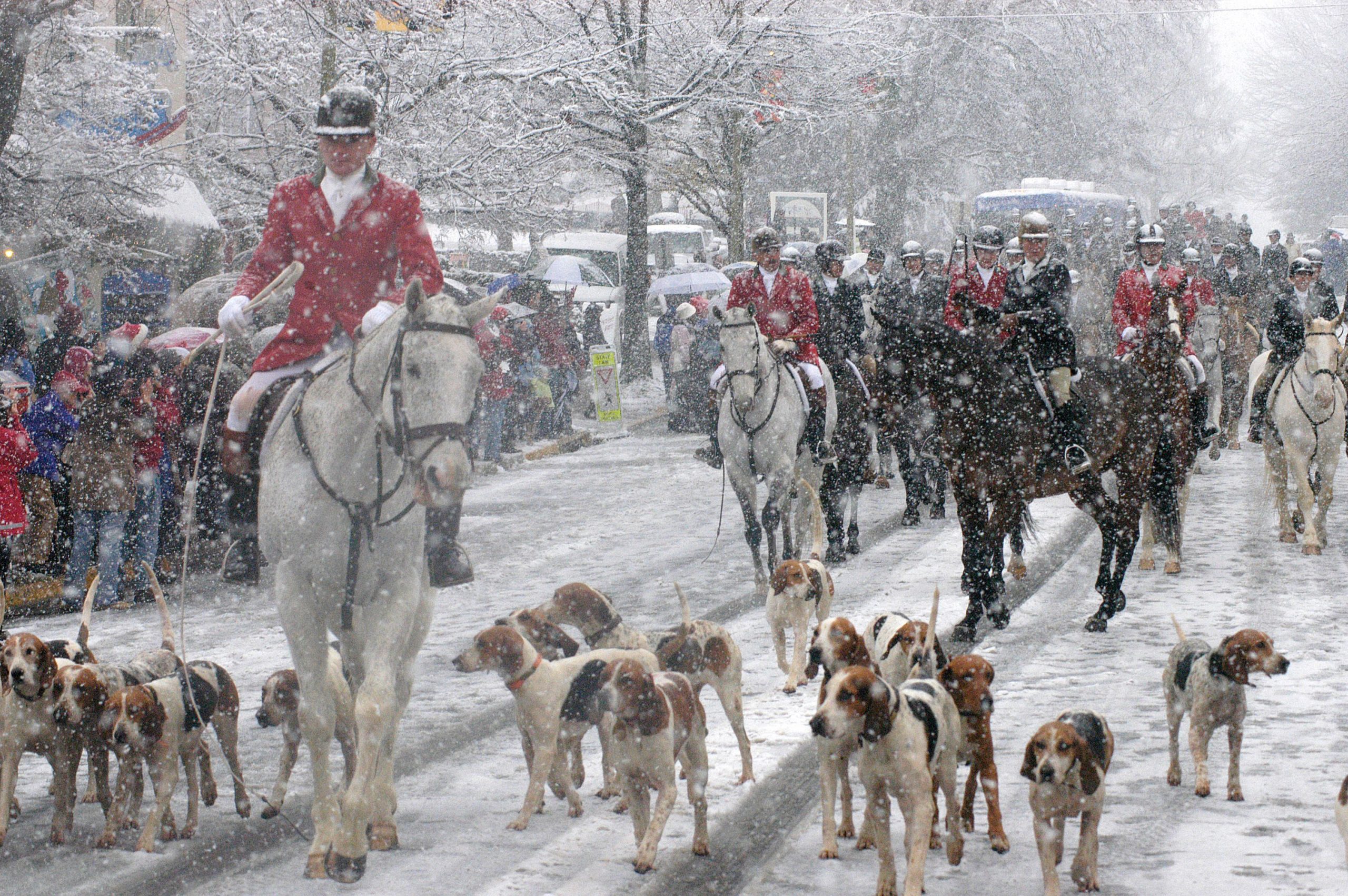 Historic homes like Rippon Lodge in Prince William help allow visitors to discover seasonal festivities from America’s past. Candlelight tours are also offered, allowing you to create your own Victorian keepsake at Lee-Fendall House in Alexandria. No trip to Northern Virginia would be complete without a stop at George Washington’s Mount Vernon estate. The expansive grounds that belonged to America’s first President are decorated in seasonal decor and visitors can meet Aladdin the Christmas Camel while learning about holidays during the 18th century. 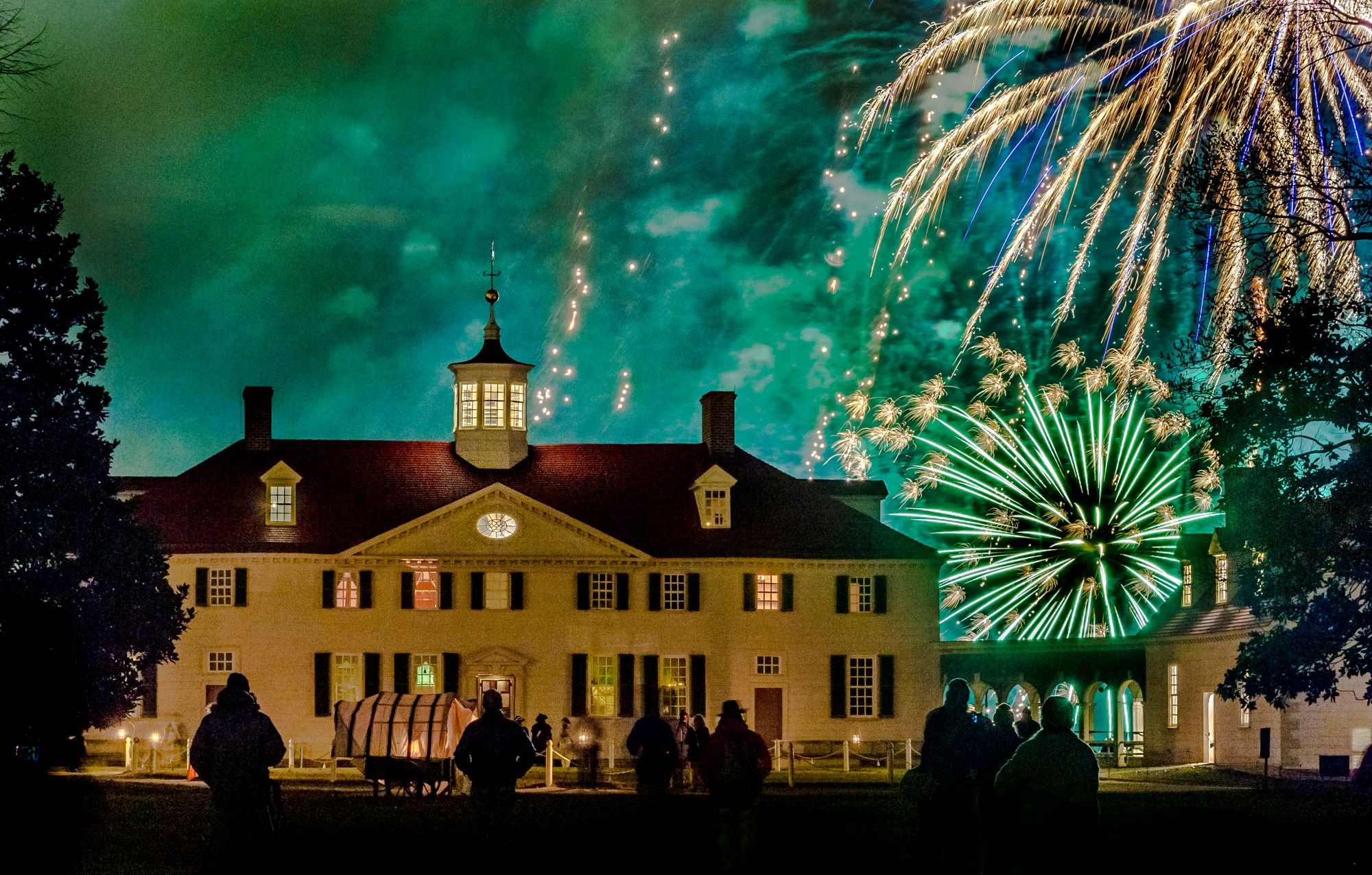 Barbados Celebrates Christmas as a Community 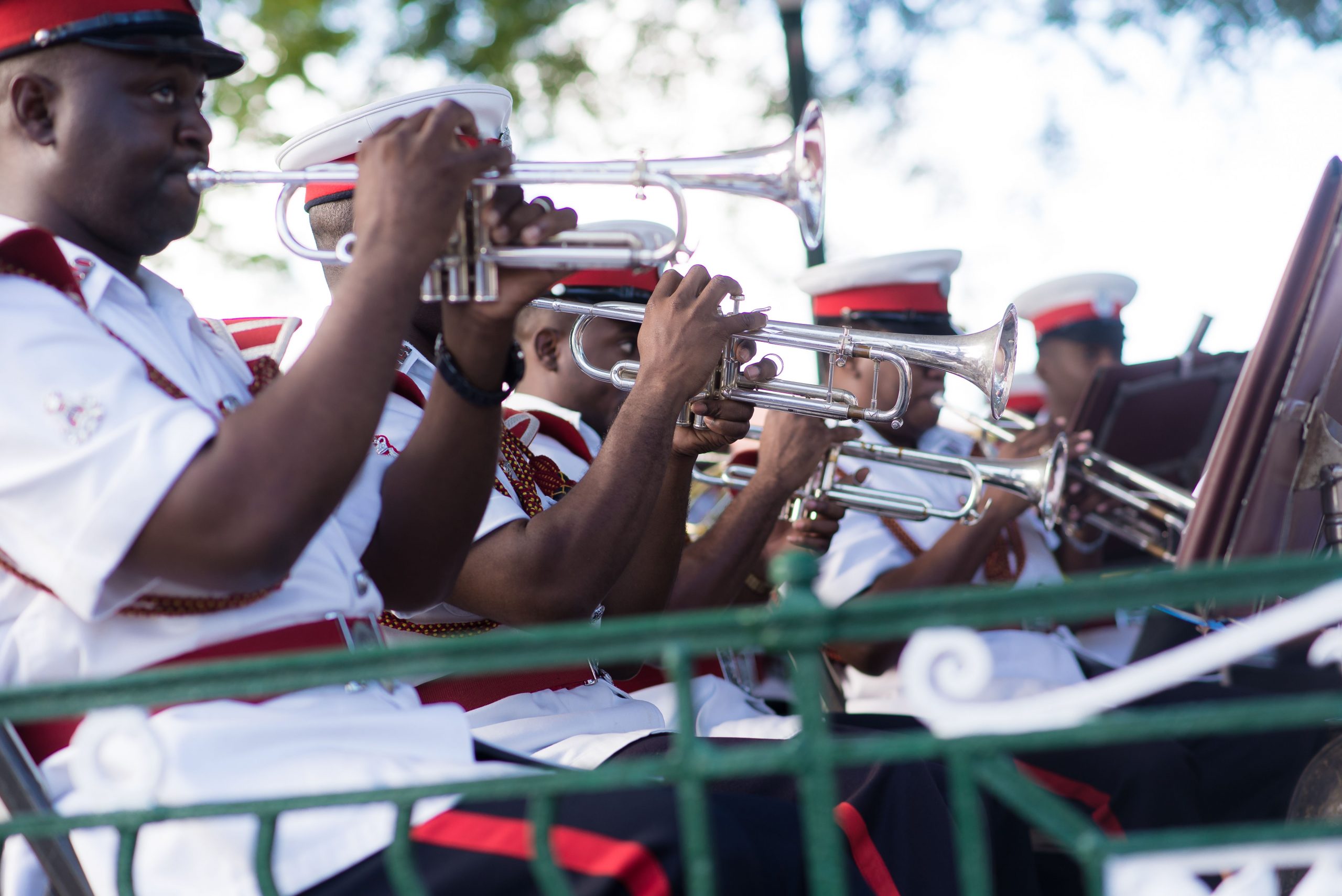 The annual Christmas morning service at Queen’s Park in Bridgetown is a local institution. The service features the sweet music of the Royal Barbados Police Force Band and is attended by hundreds of men, women and children from all walks of life, all of which are dressed in new colourful and stylish dresses, tuxedos and suits bought especially for Christmas.

Once the ‘parading’ is over in Queen’s Park, Barbadians head home to spend the remainder of the day with close family and friends where they take part in Christmas lunch.

Belize is a diverse destination with a wealth of cultural influence. Having a little over 365,000 in population within 8,867 square miles of pristine environment, you’ll discover that the destination’s true vibrancy is its people.

There’s a celebration for almost every season in Belize and Christmas time is no exception!

Bramming is a form of dancing done in collaboration with Brokdong music. This entails the town’s participation and is dependent on lively music created with numerous musical instruments. This ranges from a fork and grater, a shaker, gombay drum, harmonica and an accordion, to list a few. It starts from one end of the town and extends to the other. Residents offer the dancing crowd food and drinks in large amounts, making the Bram and Brokdong celebration something enjoyed by all. By the end, the crowd is usually extremely full from the numerous food and drinks consumed!

Sambai—the fertility dance—has African roots. Done during Christmas, the Sambai involves the participation of a man and a woman in a courtship. The music is created particularly with the traditional African fertility musical instrument Goombay. This celebration dance also involves older members of the community, but no children. The Fertility aspect of this coincides with both the full moon and the harvesting of crops.

The lively culture of the Garifuna is rich in celebrations. During the Christmas season the “Cha-Ri-Ka-Na-Ri” dance is a prime example of this.

The CHARIKANARI or “Two Foot Cow” is a fun dance involving a man dressed in a cow-shaped face with a larger-than-life rear end to emphasize the dancing movements. It is a mocking dance of the past slave owners’ attire and mannerisms as they dance throughout the streets.

The movements follow a story format where the cow first enters the scene declaring his presence followed by dancing. He periodically intimidates the audience by aggressively approaching them, then retreats back into dance. This group affair features the traditional drumming of the Garifuna and can be seen throughout the country. If you see a group of dancers call upon them to perform for you; you can then offer water or other nourishments as they continue their journey.

This little part of the world packs a BIG cultural contribution, including the ancient Maya descendants, the Garifuna settlers, the Creole “Kriol” and the unique Mestizo, Mennonite, East Indian and Chinese communities. It is a peaceful harmony, where each culture not only contributes to each’s traditions, but celebrates and absorbs it too. 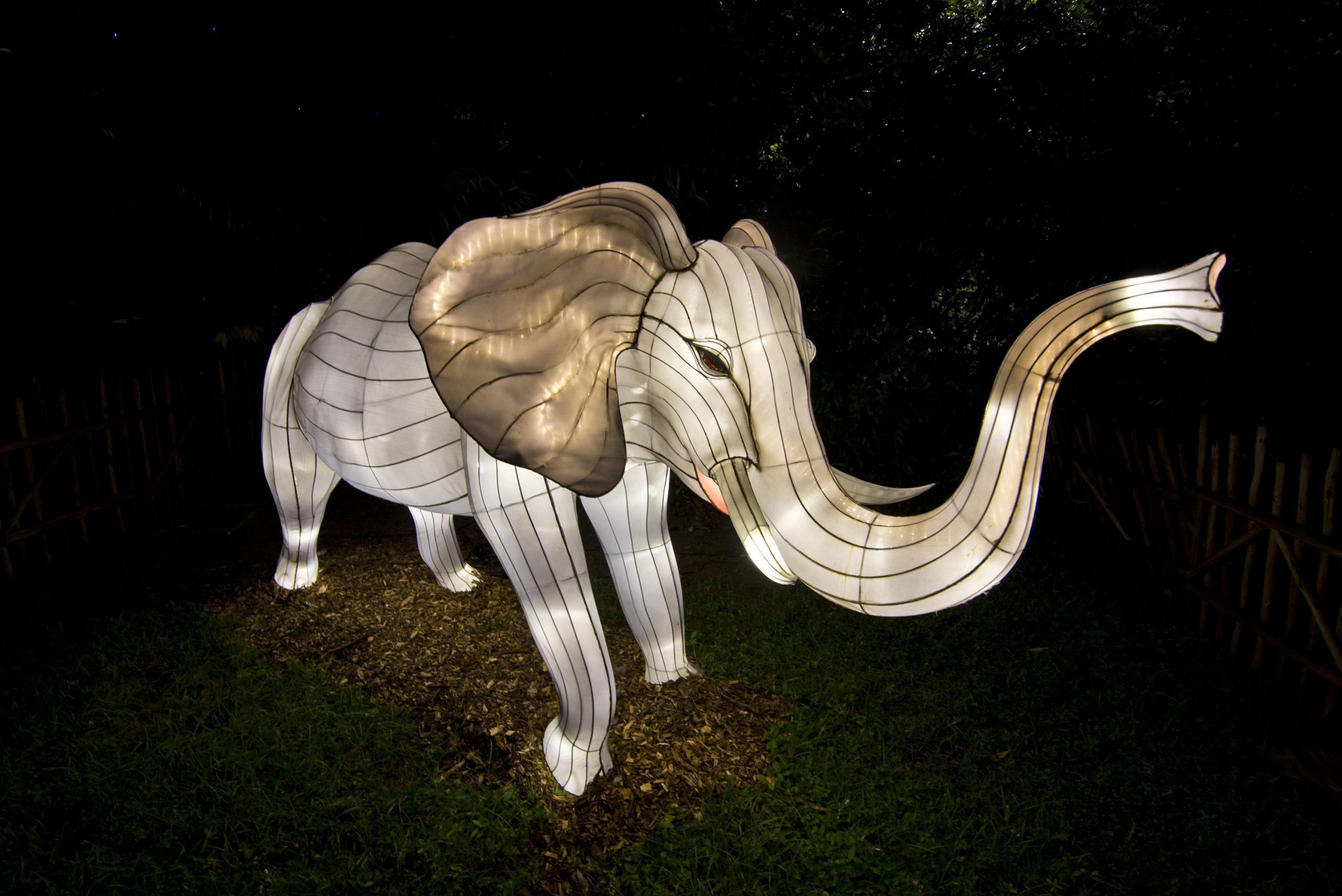 Zoo Lights will be held from 6:30 p.m. to 10 p.m. on select nights through to December 27, offering visitors the chance to take a walk on the wild side and stroll through the zoo’s dazzling spectacle.

Kids can write letters to Santa, indulge in cookies and hot chocolate, enjoy arts and crafts activities and embark on a river ride. Jolly old Saint Nick—along with plenty of zoo animals—make appearances throughout the evening.