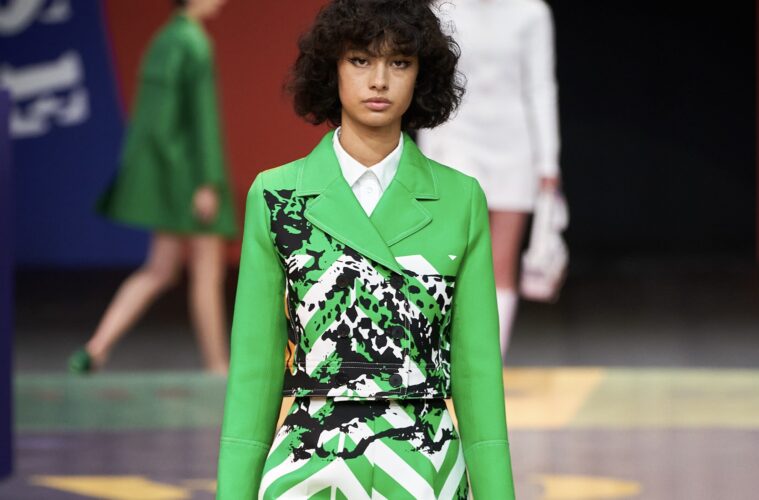 Christian Dior Spring/Summer 2022 Is All Fun And Games

“Fashion is a game. To dress ourselves is a way of performing” says Dior’s creative director, Maria Grazia Chiuri in regards to her new Spring/Summer collection. 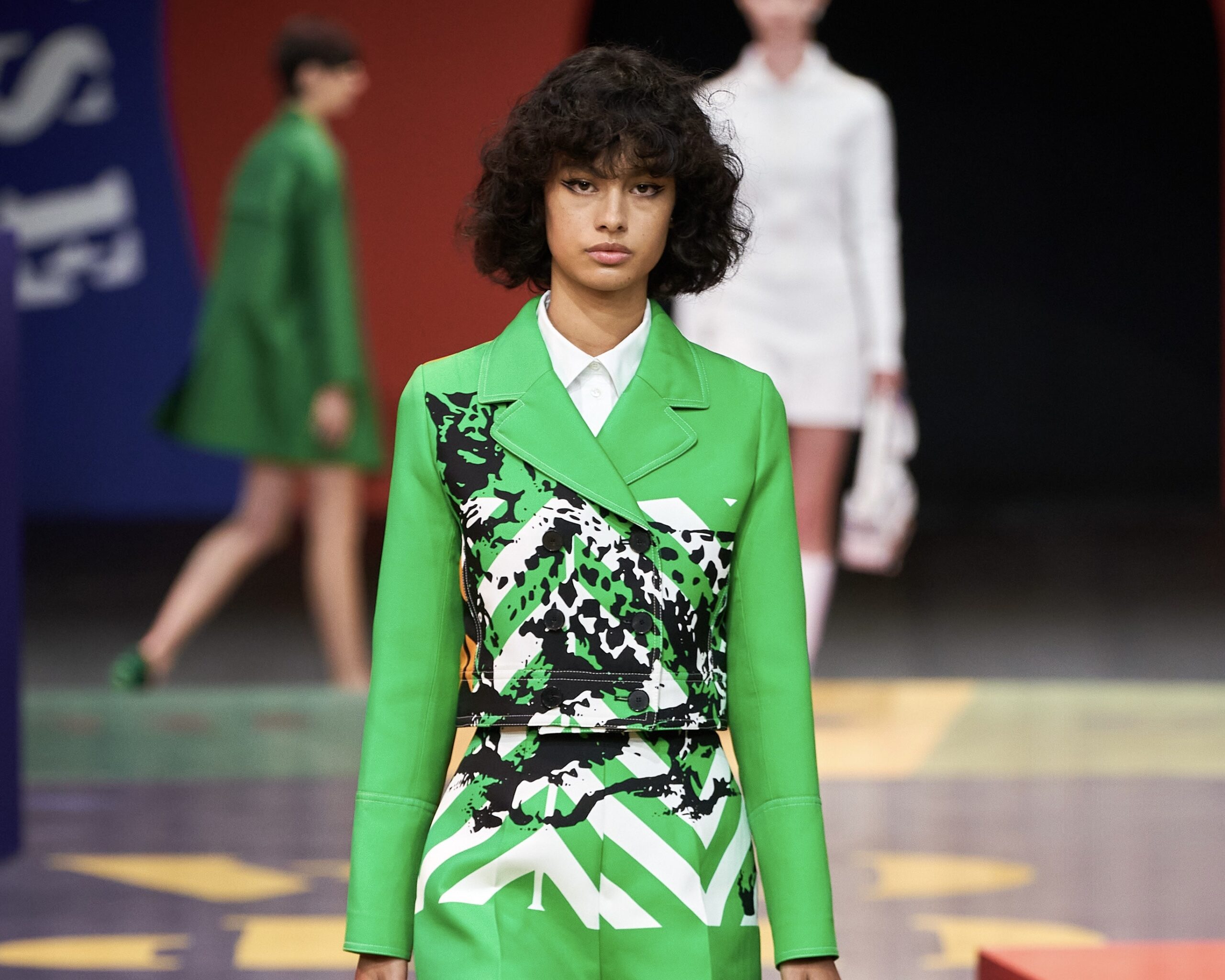 The 60s mod-inspired collection was attributed to Chiuri’s predecessor, Marc Bohan who held the brand’s creative role for three decades. Bohan was known for creating the “Slim Look” in the early 1960s which transcended into the mod silhouettes we all know now. Chiuri took Bohan’s archive collection and made her version using the classic mod silhouettes but with the addition of sportswear influences. 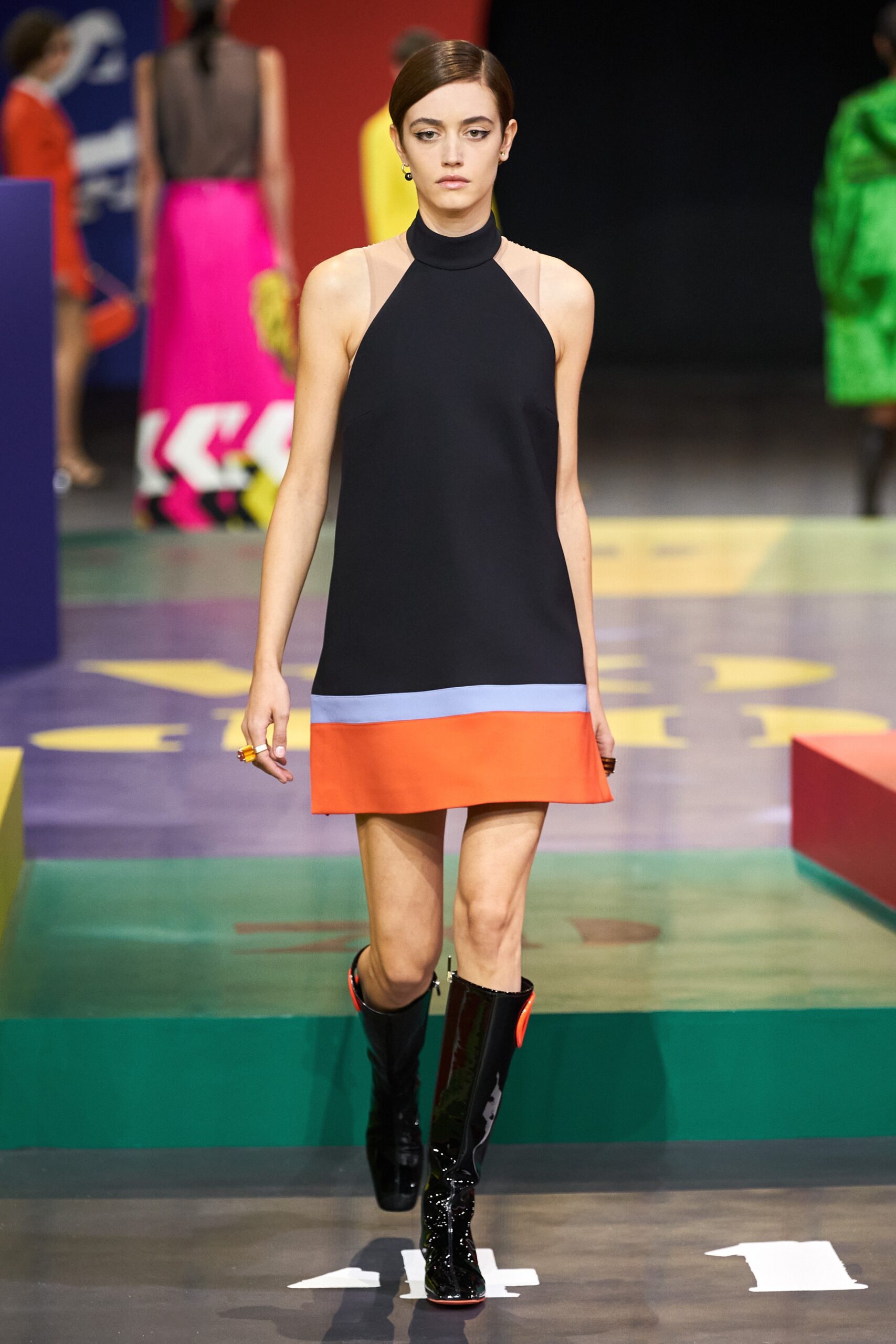 The latest collection was presented with a live audience at Jardin des Tuileries and the set scenography was designed by Italian artist: Anna Paparatti. Paparatti is a well-known avant-garde artist in the mid-60s who created a series of paintings called “The Great Game”; these same paintings were used as the main inspiration for the show’s set design. The walls were painted with retro board games similar to Paparatti’s paintings and French phrases like “Il Gioco del Nonsense” similar to her 1964 paintings were scrawled on the venue’s walls. 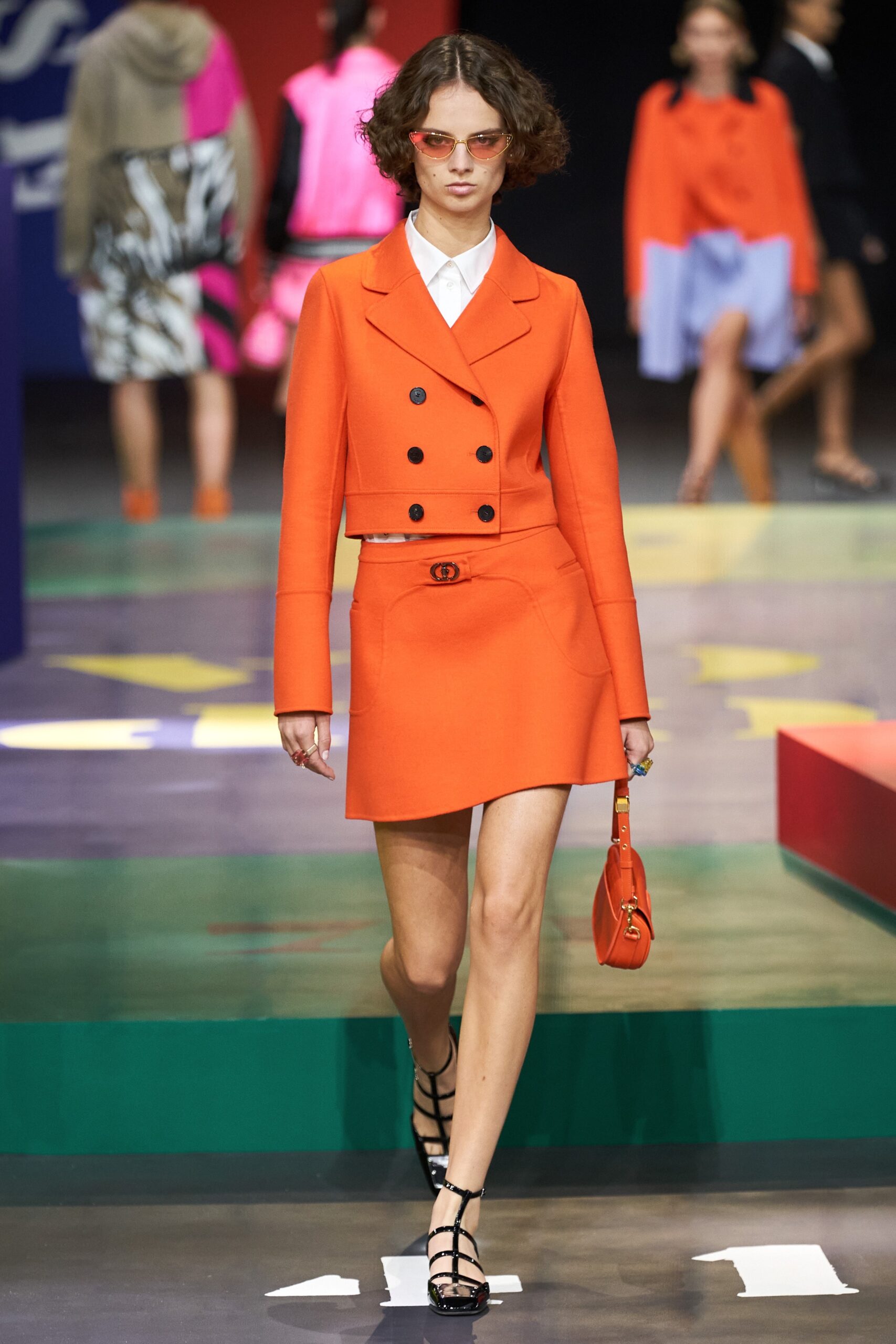 For Chiuri, fashion is about performing, so naturally, her latest show is all about performance art. The models were choreographed to walk on a life-size multi-coloured roulette board while a live performance from Il Quadro di Troisi supplemented the disco, synth-pop music that perfectly captures the 60s.

Chiuri’s archival inspiration is a complete 180 from her past moody collections. This time, the collection is free of her signature tulle-heavy, Grecian silhouettes and instead, it was filled with tailored skirt-suit sets, colour blocking dresses, and loud prints that work and are not at all distracting. This proves that after years of criticisms, Maria Grazia Chiuri is capable of designing a more minimalistic collection. The theme of games was translated into sportswear; from crisp tennis-inspired dresses, boxing attires, mini bowling bags, and mary jane shoes laced up in neon laces, sportsmanship was everywhere. 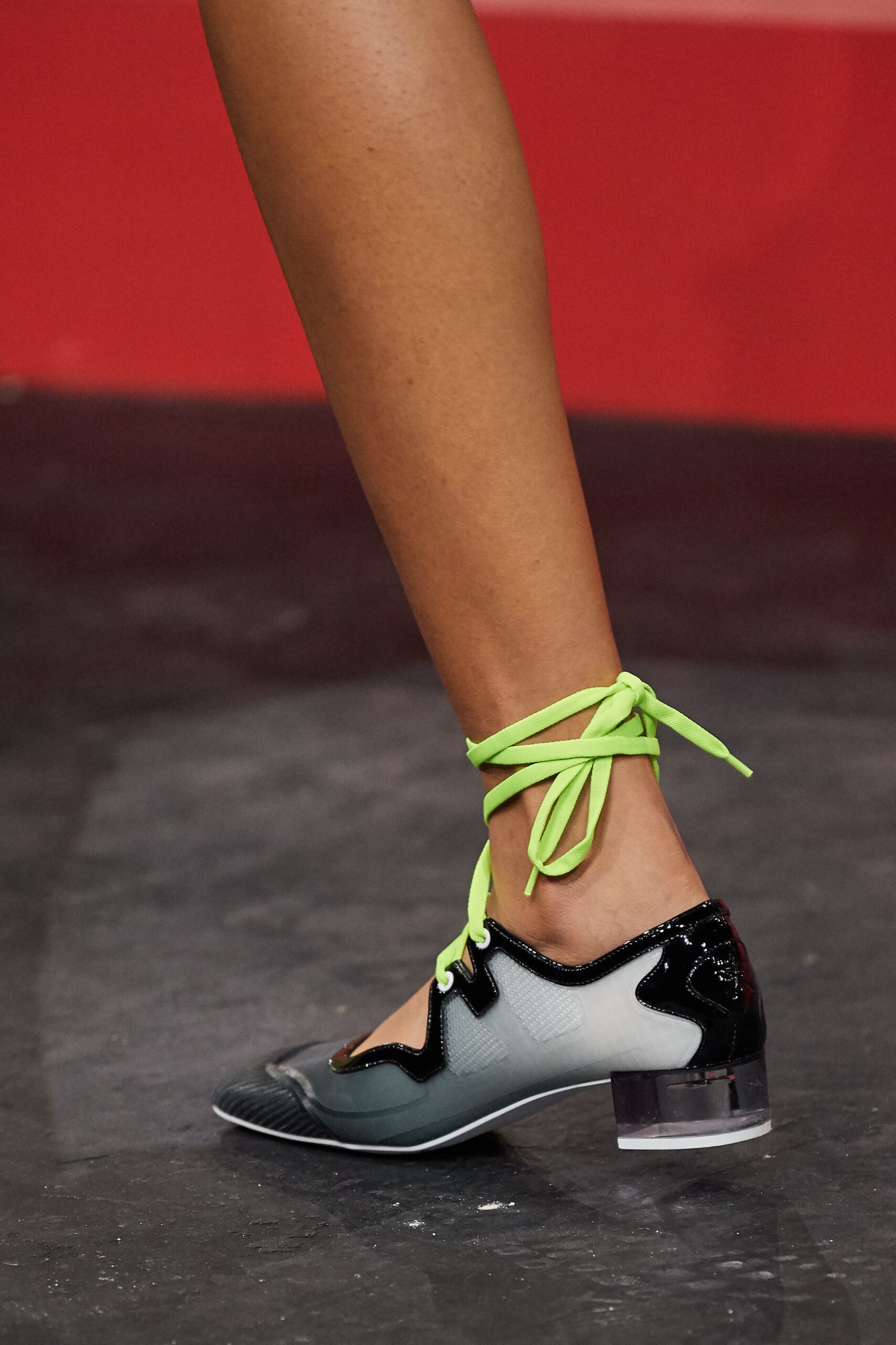 While this is undoubtedly different from her past designs, there are still aspects that just won’t leave Chiuri’s pragmatic design philosophy. Models walked down the runway in nude mesh undershirts which is a little distracting but in context, this must be Chiuri’s way of designing for women’s comfort.

Why she chose a drastic change to her design aesthetic is perhaps her way of moving with the times– something that is more fun and filled with dance parties and party games.

You can watch the new Dior Spring/Summer 2022 show at Dior.com.