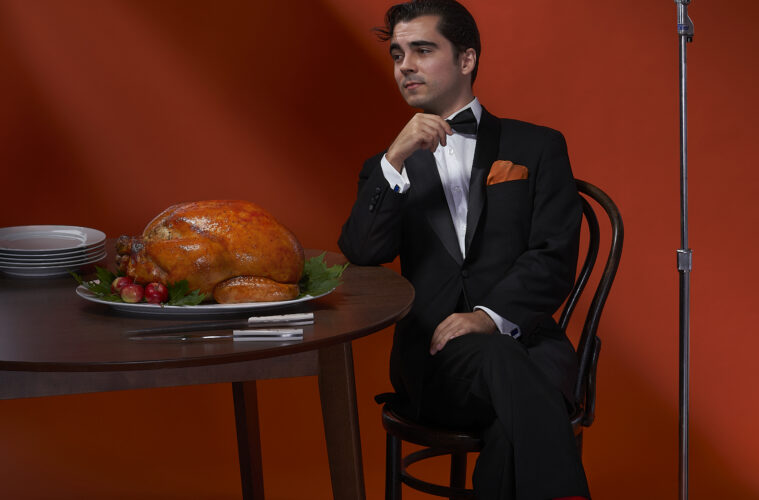 Get to know Alex Bird and learn all about the meaning behind his new single, The Sweetest Moments!

Meet Alex Bird. Alex- a JUNO nominated jazz singer, songwriter, and actor- along with his band, “The Jazz Mavericks,” are working on an entirely new chapter of the Great American Songbook. Together, they are pushing the boundaries of a beautiful tradition by bringing it into a new era.

Today, HOLR is sitting down with Alex to discuss how he got his start in the industry, his debut album, and the inspiration behind his latest single, “The Sweetest Moments.” To kickstart the fall season, Alex is speaking to the meaning of “The Sweetest Moments” and why Canada deserved a Thanksgiving song of its very own. 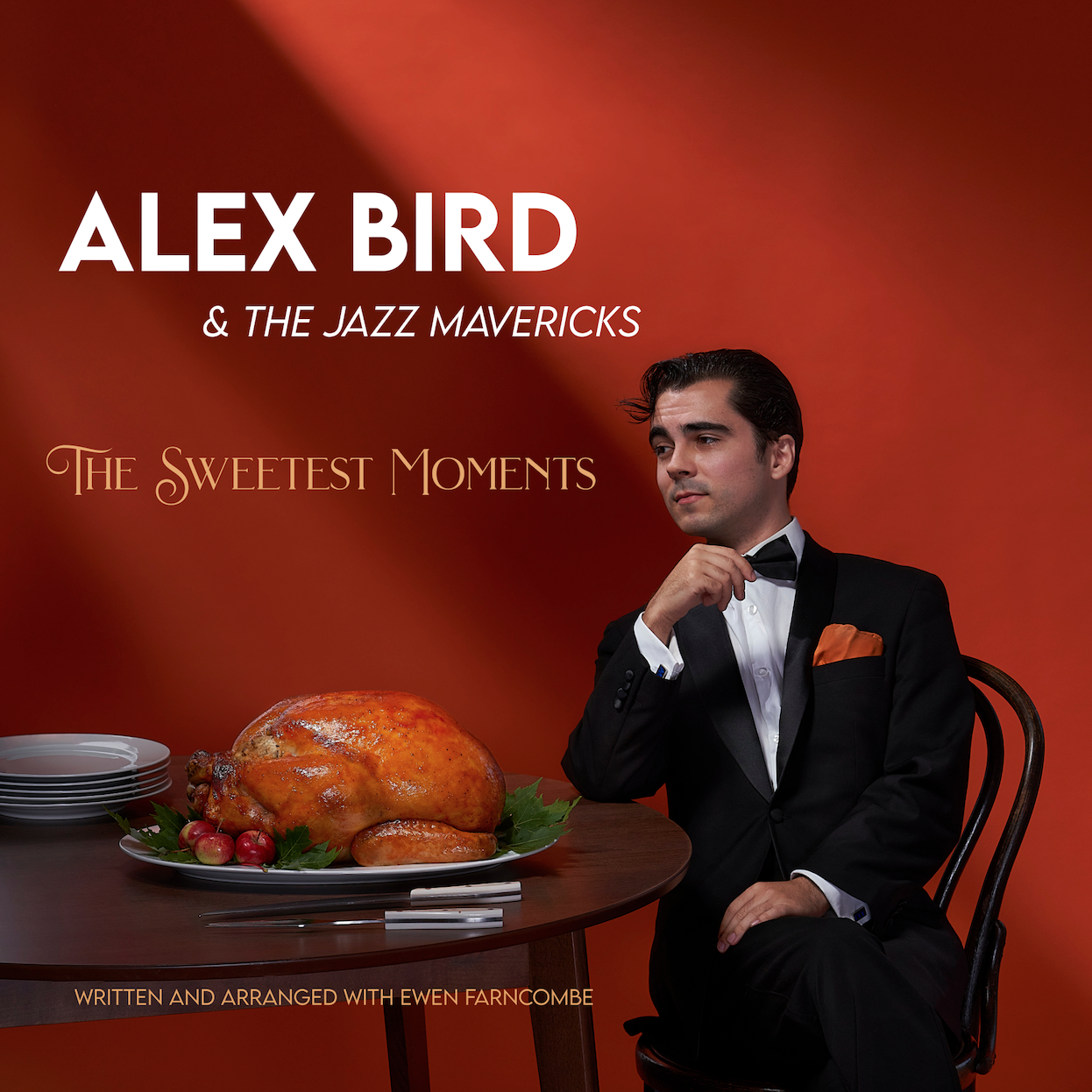 How did you get your start in the music industry?

It’s a very long story but I’ll try to keep it short! I got very lucky, I was adopted from Romania and I came to Canada when I was 6 weeks old. I was taken to jazz clubs in downtown Toronto. I grew up basically in all these jazz bars and learned an awful lot.

When I started singing in high school, I listened to vocalists such as Ella Fitzgerald and Frank Sinatra, and through the process of what I like to call jazz osmosis, everything informed what I do now.

There are lots of great vocalists that went to this school and that school, but I like to say I went to the jazz clubs- that’s my story.

Talk to us about your original debut album, “Whiskey Kisses,” and your experience with receiving glowing reviews, awards, and distribution across the globe.

In 2020, my Jazz Mavericks and I went to the studio and did our first album together. We’re very lucky that on the scene in Toronto we got to meet a lot of great people including my songwriting partner. We found a bunch of musicians and started grooving together and it kind of went from there.

In 2020, Whiskey Kisses came out. It had 10 tracks- all original tunes and was independently released. It ended up getting picked up by a distribution place and got reviewed around the globe. From here, we started to get our names into the press. As a follow-up to Whiskey Kisses in 2021, we released an album called “You Are The Light And The Way.” That album has since been nominated for a Juno here in Canada. We were very excited about that! We’ve been slowly but surely getting ourselves out there. We just want to share our music with people and get our message out there.

Tell us all about your latest single “The Sweetest Moments,” and why it’s the perfect song to ring in the Thanksgiving season.

We got approached to put this together by a program called Thank Turkey, and they wanted to give us full creative control to write a Thanksgiving tune for Canada for this year. I thought Thanksgiving is perfect because it’s the one holiday Michael Bublé doesn’t have a hold on!

I thought, if we do this, it needs to be a legit, special tune and it needs to be timeless. It also needs to be timely. We’ve all been through an incredible time, collectively, going through the pandemic, and there’s a line that resonates with me “what’s lost can now be found within a smile.” We’re seeing faces again, and this Thanksgiving in particular this year, in Canada, is different.

It’s a laid-back time, the colours are turning and it’s a time to be with family and friends. It’s a special time, because the sweetest moments often don’t come with any pressure.

The Sweetest Moments is for us- it’s a modern song we hope resonates with people. It also got picked up for a national ad! Thanksgiving doesn’t have a holiday tune that we know of, and we’ve coined this as our first great Thanksgiving song. 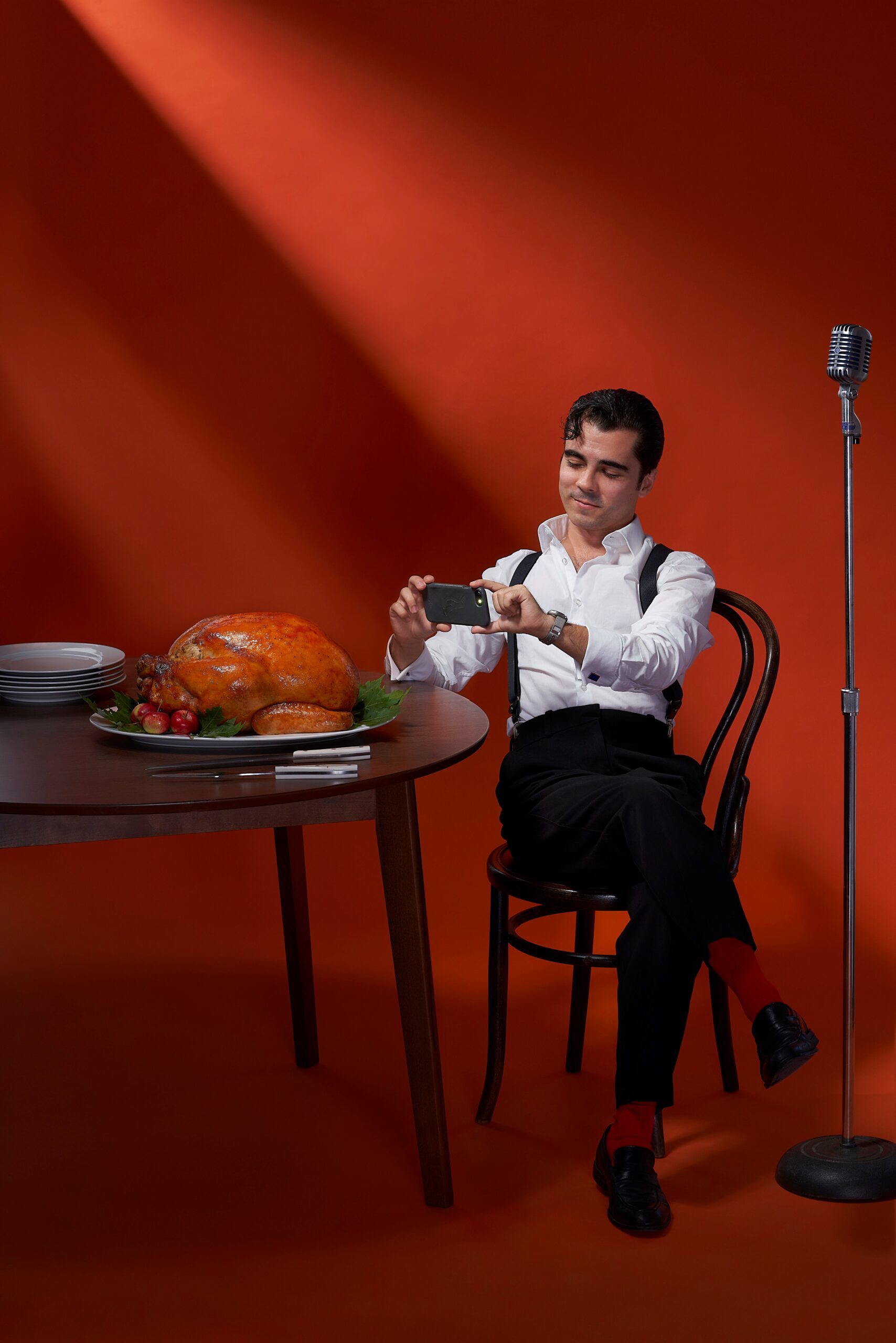 What do you hope audience members take away from your music?

I wouldn’t be here if it wasn’t for the influence of the past and the artists I look up to so much. For our music, a lot of our audience is made up of young people. They’re really digging what we’re doing! They give us the opportunity to present something a little different than what you might expect jazz to be.

I’ve been inspired by so many current artists- one of my favourite artists is Billie Eilish. She cites 3 of the biggest influences in her career as old-school favourites such as Frank Sinatra. she’s young and hip and has an appreciation for that music. I hope our audience realizes that we’re not a museum piece- we do some old classics but we also perform lesser-known gems and original music.   I just hope the audience that comes to see us comes with that good feeling that music brings and that they want to share it with other people.

I just want to make good music and put it out there. I’m so proud that our audience is so diverse, especially on the younger side because it’s encouraging. I think we’re headed in the right direction.

You and your band, “The Jazz Mavericks” are working on a new chapter of the Great American Songbook. Tell us more!

The really cool thing about the press is that when you give people the line, they’ll share it. It started as a line to grab people in, but I think it really is just what we felt. It’s been terribly encouraging that other people have caught onto that and said it genuinely. I look up to the people of the past and my thank you is to move them forward- or at least, I try to.

Where does the inspiration behind your music come from?

It’s all experiences! From going to the jazz clubs to all the music I’ve picked up and listened to over the years. I don’t just love jazz- I also love folk, country, Billie Eilish, etc.

If music is good, it’s good. If you listen to our music, there are sounds of other influences in there. I hope they resonate with people. One of my biggest inspirations is actually my partner, Lola. She’s the biggest force in my life. She came into my life almost 6 years ago and she lit the fire. She knew there was an artist inside of me, and when I met her my whole world opened up. That’s when the songs started coming. I didn’t start writing songs until I met Lola.

I think if you surround yourself with good people, you do good work. That’s how it should happen.

We’ve been writing a lot of music, no timeline yet on what might happen but we’re always writing. We’re getting ourselves ready hopefully to tour next year. We just opened up for The Jacksons at a charity event in Toronto in September. We also played at a really great jazz festival at the Kensington Market.

We’re just trying to focus on moving forward with them- we want to take them along with us. There are a lot of things coming- I can definitely guarantee you that.

“The Sweetest Moments” can be streamed on Spotify, Apple Music, and Bandcamp.
Published by HOLR Maagzine.