HOLR had the chance to chat with the Director and Producer of HBO’s Moonlight Sonata: Deafness in Three Movements Irene Taylor Brodsky and Tahria Sheather, respectively. We talked with the creatives about inspiration, the creative process, and advice for young filmmakers.

In a glimpse, Moonlight Sonata is a deeply personal memoir about a deaf boy growing up, his deaf grandfather growing old, and the connection with Beethoven on the year he was blindsided by deafness and wrote his iconic sonata. Their lives weave a story about what we discover when we push beyond loss. 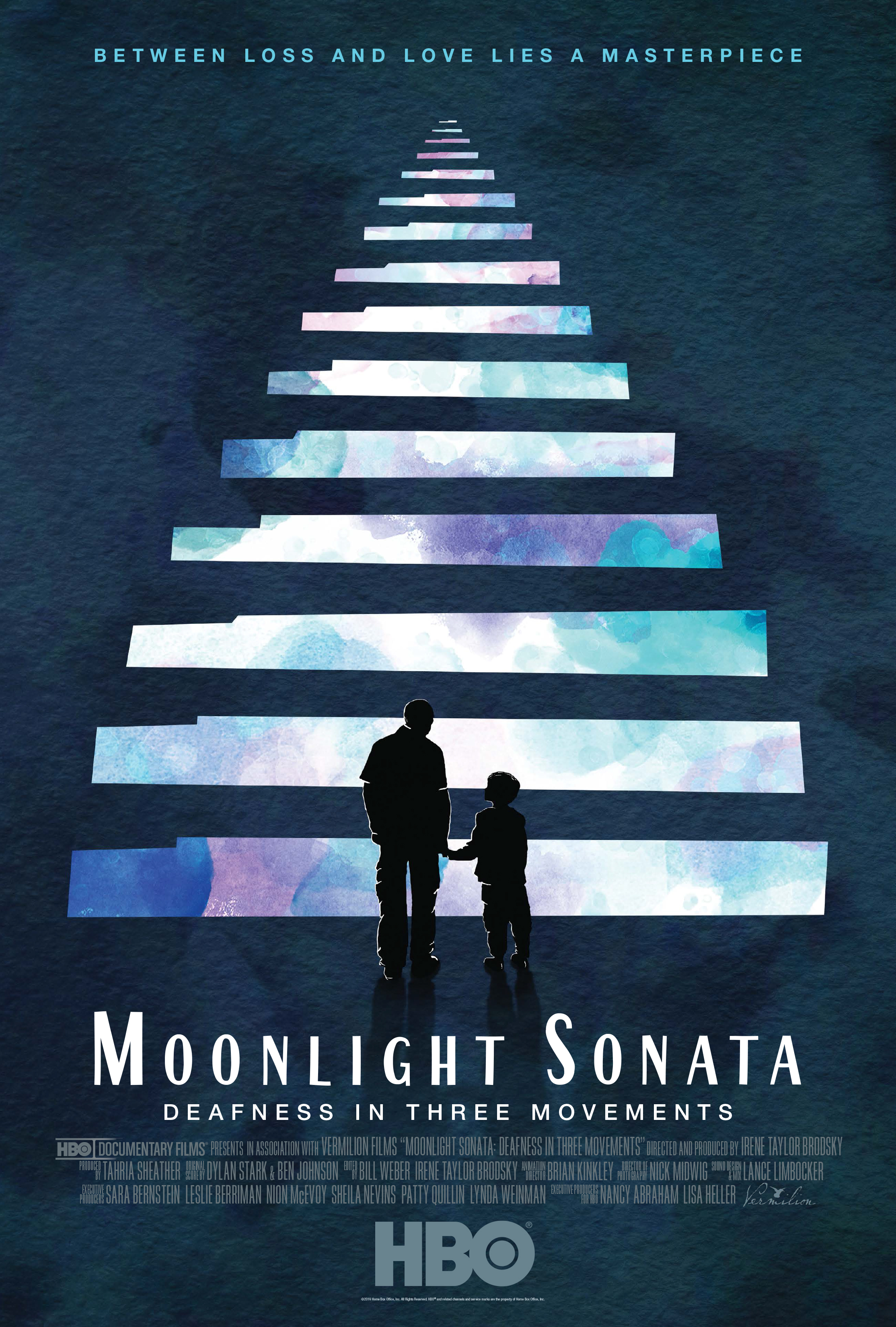 Tell us about your career. How did you get into film? What sparked your interest?

Irene: I got into film as a kid — my parents were amateur photographers. I got into film through still image, then I went on as a student in journalism wihich was a lot of writing. So I think the non-fiction filmmaking came organically along with a tremendous wanderlust for travelling and understanding other cultures.

Tahria: From my background, I was a communications student in Australia and was interested in the natural world. I came across photography and then shifted into film. I started making a lot of environmental films and then it expanded from there.

What has been your favourite production so far — specifically one that you have worked on?

Irene: That’s like asking me my favourite child. It’s truly an impossible question for me to answer because when you’re in the middle of any film it’s the most important film of your life at the moment. I think that’s true for me personally. I definitely cannot pick a favourite. I’ve made two films about my family and those run very deep, but all of my subjects have gotten 100% of my attention and detail.

Tell us about Moonlight Sonata. What was the inspiration behind the film?

Irene: I have a deaf son who loves to play the piano, and I also have two deaf parents who live down the street from us. I’ve been photographing them all for a long time, and I made a documentary about my parents called Here & Now, but what happened really was that when my son was 11, he set out to learn a piece that he didn’t know much about. It was Beethoven’s famous Moonlight Sonata. As he set out to teach himself this piece, along with this feature, I looked into the background more and realized Beethoven was coming out of depression at this time. He learned that he was going deaf and it was a one way street with no turning back. It made me curate this piece in a different way and made me start to investigate the value that deafness might bring into an experience that most people think is contrary to being deaf, which is being a musician.  Overall, the film is a tribute to Beethoven as well as my family.

What was the creation process like? What would you say was the hardest part of the production?

Irene: The hardest part was about telling a narrative about your family in an intimate setting. It’s hard to make decisions when you are dealing with characters you know inside and out so well.

Tahria: I think there are two big challenges; the first was that is a memoir — the intimacy and vulnerability displayed in the film is a really distinct characteristic. It required being so immersed in the subject matter. The team was myself, Irene and Bill Wether. I think Bill and I working closely with Irene, looked through these outside perspectives. A set of new eyes and perspective helped us a lot. There were times that push and pull was helpful. Another challenge was the animation, and how we would display Beethoven’s story elegantly throughout the film. This is the first time we worked on animation for a documentary film. There was a lot to do in realizing what worked and what didn’t. We have to give credit to our animation director who helped guide us and was really committed.

Do you have any advice for young filmmakers?

Irene: I think technology is changing so rapidly, it’s confusing sometimes. However, I don’t think you should let that get in the way of telling your story. The most important thing as a filmmaker is developing a sense of story through the characters and place. Audiences are forgiving if the camera isn’t in the right spot, or if the format isn’t the most cutting edge. For people who are just getting into film, my advice is to always keep your eye on the story. The tools are critical to get you there, but your main focus should be the story and how you want to reveal it. The second thing is to finish — because if you don’t finish no one will.

Tahria: I think some advice that I tell myself a lot is to just start and to do. It’s easy to dream up stories in our minds, and easy to say”we’re gonna do that” and if you don’t start it, it just won’t happen. Just do it. Just start, and your project will settle.

For more lifestyle, culture, and art — Follow us @HOLRMagazine.