Sum 41: Another Successful Comeback or Are They in Decline?

Few bands can survive life-threatening illnesses, multiple member changes, and years-long breaks, and still come out better on the other side, but for pop-punk turned heavy-rock band Sum 41, it seems to have hardly phased them at all.

Following on the heels of a 15-year anniversary tour for ‘Does This Look Infected’ in
2018, the group released ‘Order in Decline’, on July 19, 2019. But will this, their seventh
studio album in twenty-three years, be another successful comeback for the band from
Ajax, Ontario, or are they too, in decline? 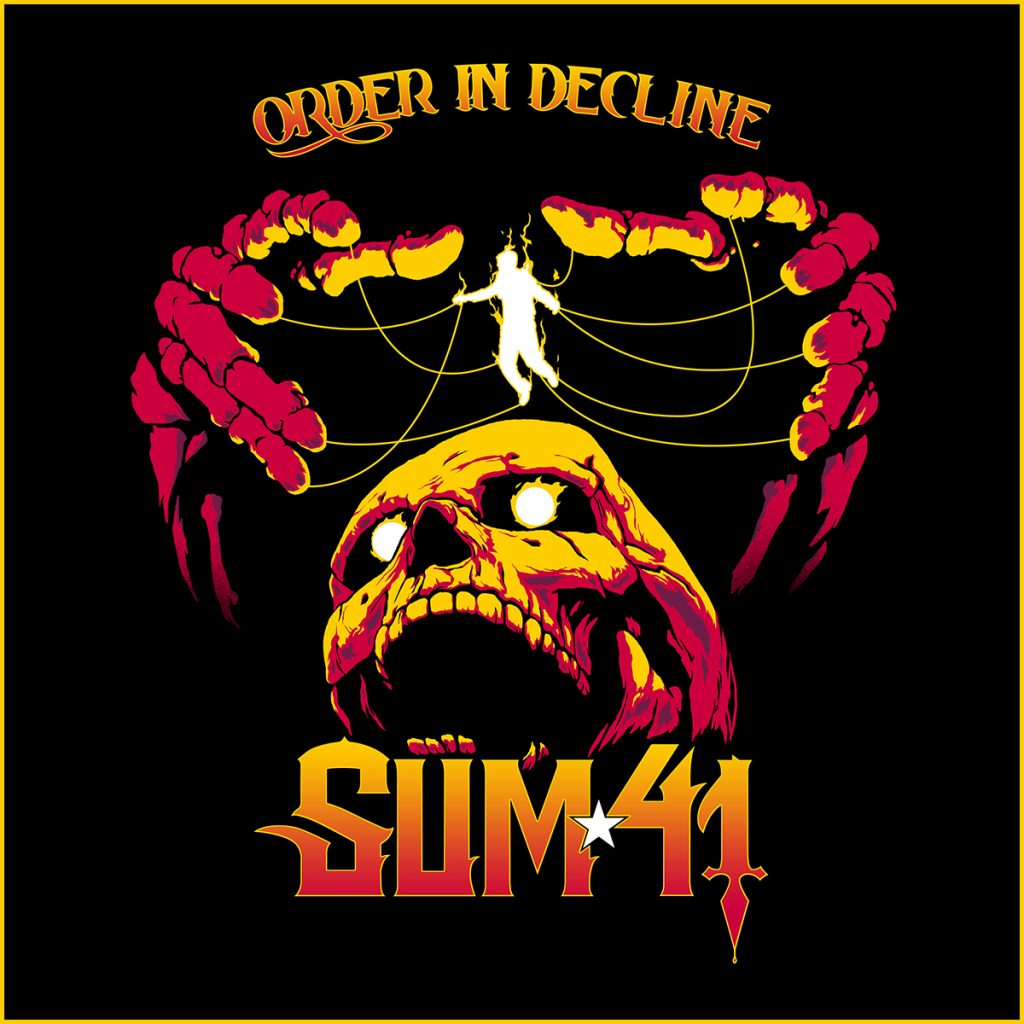 Early reviews for the album are calling it, “The most mature and in-depth release of Sum
41’s career so far,” and saying, “It’s … Sum 41 at their most creative and willing to
explore their frontiers.” So what’s the HOLR verdict?

Order in Decline had us rocking all the way through its 10 tracks; even the ballad, ‘Never
There’, which we wouldn’t peg as Sum 41’s style. It takes an impressive amount of
writing skill and technical talent to bring together heavy rock with an acoustic-feeling
melody, and produce a song that will still resonate with listeners amidst the heavy songs
on this album. So is the album as epic as 2001’s ‘All Killer, No Filler’? No. It’s better.

Sum 41’s single, ‘Out For Blood’, contains lyrics with a similar feel to previous hits, but
their sound is infinitely heavier without losing any of its typical catchy melody. Their
ability to meld pop punk, rock, and heavy metal all into one cohesive genre in this song
is truly aw-inspiring. It seems perhaps, that the rotation of several of the band’s members throughout the
years has greatly influenced the way in which the group pulls from varied genres and
styles in their music, and we, the listeners, get to enjoy that ebb and flow and growth
with each new record.

Happy 'Order In Decline' day skumfuks! This album poured out after a long run of traveling and performing for Sum 41 fans all over the world. I think it’s our heaviest, rawest and most personal album yet. We held nothing back. Can’t wait for you to hear it, and to play these songs for you on tour. -Deryck #OrderInDecline

Order in Decline, produced by frontman Deryck Whibley himself, proves once again that
these boys are serving us a comeback, and even after over two decades, don’t plan on
going anywhere soon.

For more fashion, lifestyle and culture, follow us @HOLRMagazine.