Khloe Kardashian Posts The First Photo Of Her Baby Boy

Khloe Kardashian posted the first photo of her son on social media while also sharing a glimpse of her Halloween celebration with her two children, including her daughter True Thompson. 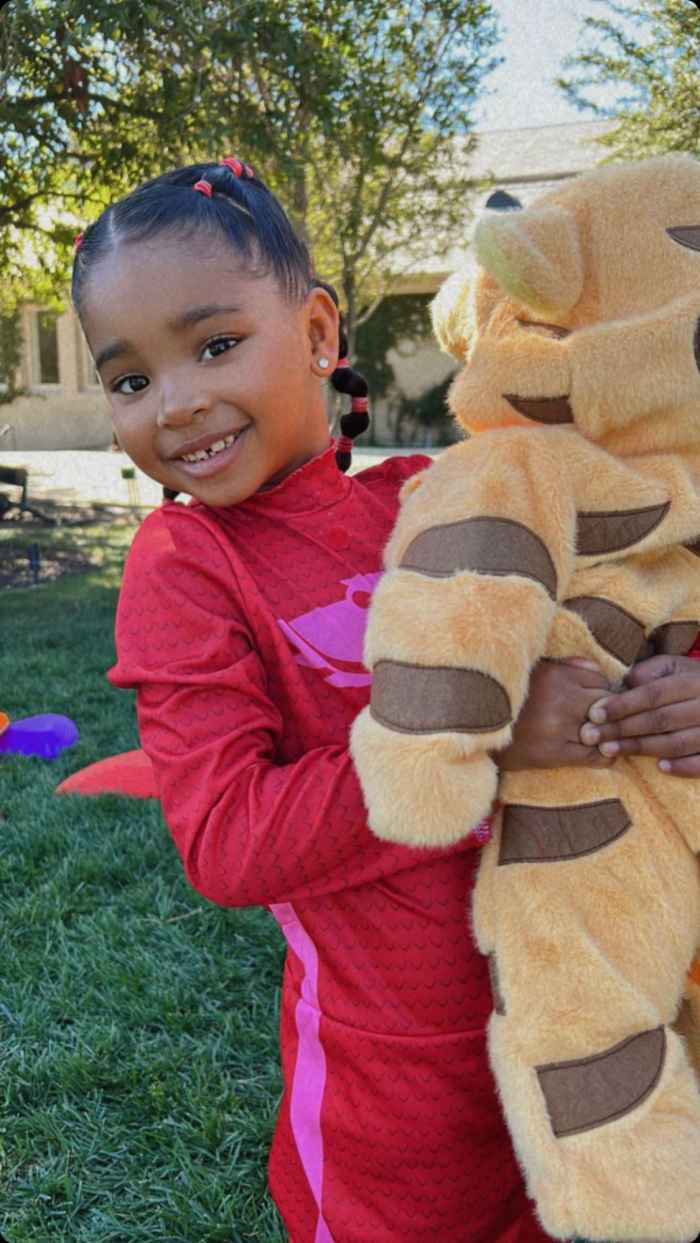 The newborn son of Khloe Kardashian and Tristan Thompson made his social media debut in a cute Halloween photo with True Thompson. In a sweet family snapshot that Khloe shared, her 4-year-old daughter True was seen cradling her infant brother while the two of them were geared out in lovely Tigger and Owlette costumes for Halloween.

“Owlette and Tigger aka True and Baby Brother. (Shhhhh… But I can’t wait for Halloween to be over,” Khloe captioned the cute photo on Instagram. True’s big sister’s expression was adorably captured in the picture.

One of the earliest images of her son that Khloe has posted on Instagram is this one. The Kardashians star hasn’t even revealed his name yet. She recently put an end to a rumour that he went by Snowy. She admitted her daughter called him “Snowy” to tease her.

Earlier this year, Khloe and Tristan welcomed their second child via surrogacy. The couple, who split up before the child was born, is now co-parenting both of their children. Before Thompson’s paternity scandal, which revealed that he had fathered a kid with Maralee Nichols, broke, the pair was pregnant with their second child in November of last year.

The second season of The Kardashians featured footage of Khloe and Tristan welcoming their second child, and the founder of Good American was visible visiting the hospitals where her surrogate gave birth.

Khloe mentioned this in the episode and Tristan also went to the hospital to meet his newborn son “I’ve been on the fence about letting Tristan come to the hospital or not, but Tristan wants to be here so I just figured, why not let him come? I’ll never get this moment back.”

The Kardashians have made a number of significant revelations so far though, one of which being the claim that Khloe and Tristan were secretly engaged. The proposal is said to have taken place in December 2019.