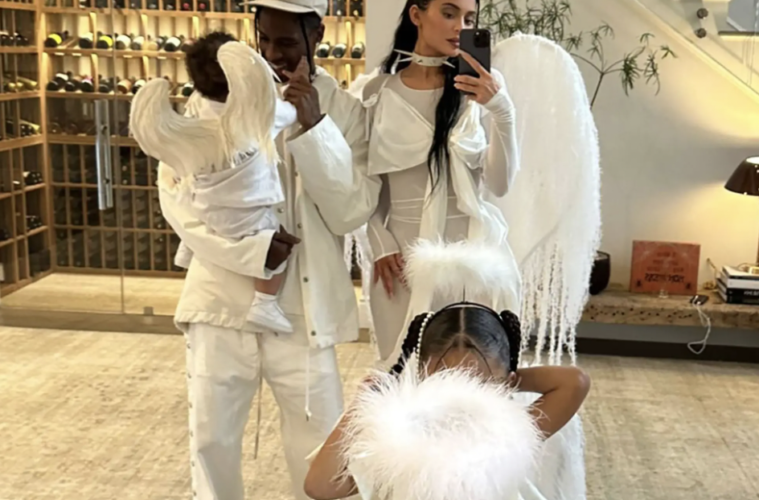 Kylie Jenner Shares Photo Of Her Baby Boy On Halloween

Kylie Jenner shared a sweet snap of her baby boy alongside Travis Scott and daughter Stormi on Halloween!

This past weekend, Kylie Jenner took to her Instagram to share an angelic family photo of the foursome celebrating Halloween. The mom of two posed alongside Travis Scott, daughter Stormi, and her new baby boy- whose name has yet to be publically shared.

The Queen of Halloween

Kylie Jenner is a Halloween ICON, having been known to rock elaborate costumes to ring in spooky season. This year, the makeup mogul posted a series of Halloween looks to her social media to demonstrate her love for the holiday. In addition to being an angel, Kylie also dressed up as the Bride of Frankenstein, Elvira: Mistress of the Dark, and a space alien.

Each look more detailed than the last, there’s no doubt in our mind that Kylie is the true queen of Halloween. 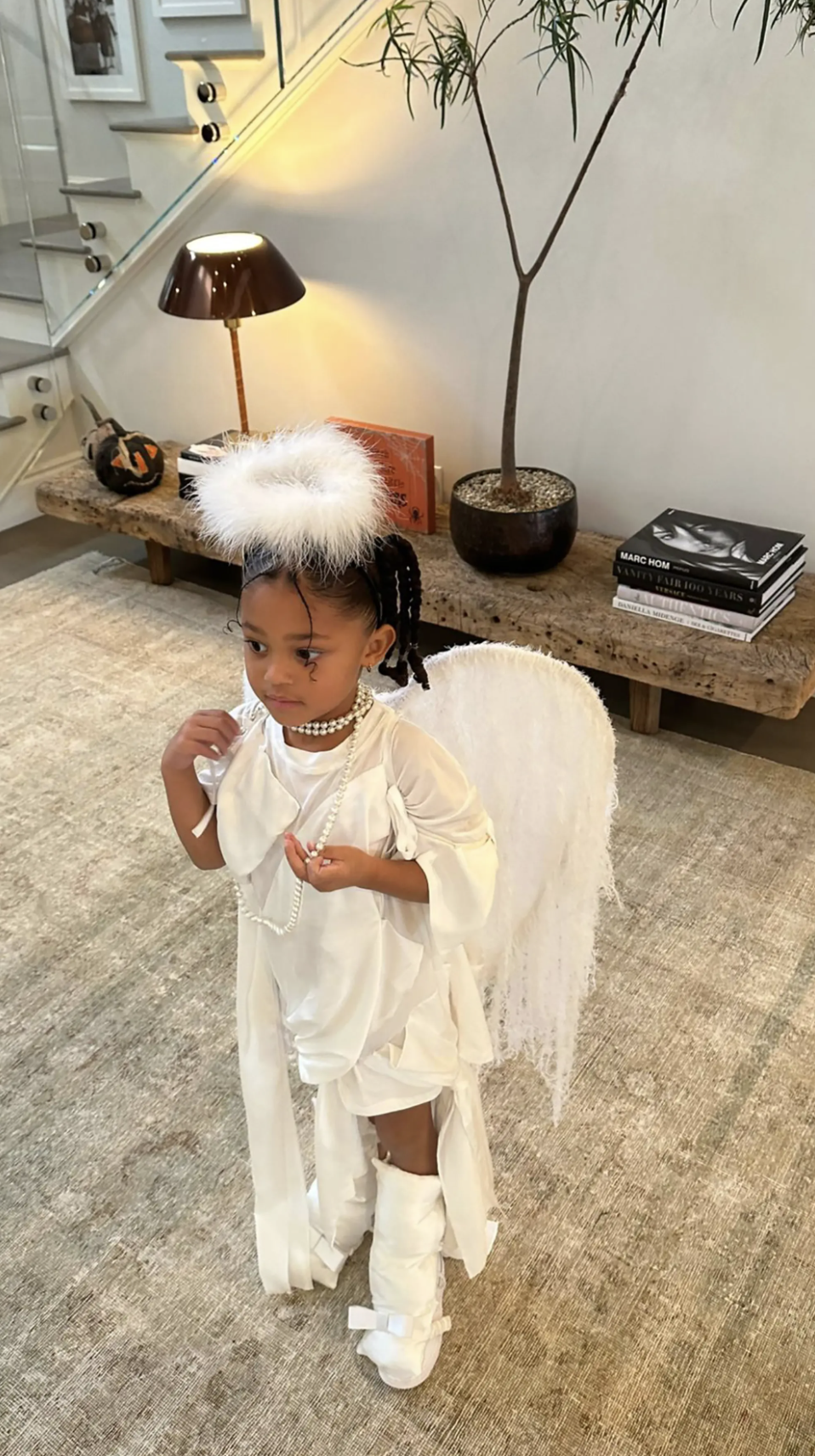 To round out the series of solo costumes, Kylie posted some Instagram story frames showcasing how her family chose to dress up this year. In matching white costumes, the foursome- consisting of Kylie, Travis, Stormi, and baby boy- all donned angel wings. According to Kylie, the family dressing up as angels was a special request from Stormi. In a recent TikTok video posted on October 31st, Kylie’s caption said this: “stormi said lets be angels.” Kylie’s photo also comes after her sister, Khloe Kardashian, posted the first photo of her baby boy.

This is one of the first photos of Stormi pictured with her baby brother. Although Kylie has yet to reveal her son’s face- or name- fans are eager to meet the latest addition to the Kar-Jenner family. Baby boy was born earlier this year on February 2nd, 2o22, and Kylie originally took to her social media to announce that her son’s name was “Wolf Webster.” However, a few weeks later, she told fans that she decided to change his name, citing that ‘it really didn’t feel like it was him.’

In one of the more recent airings of the Late Late Show with James Corden, Kylie shared that she and Travis Scott have not yet legally changed their son’s name from Wolf Webster. It’s been almost 9 months since her son’s birth so Kylie is definitely keeping fans on their toes about what her baby boy’s name will be!

Kylie’s family Halloween photo comes after Travis was reported to be cheating on Kylie with his ex, Rojean Kar. In response to the claims, Travis took to his social media to post the following statement: “An uninvited person was sneaking photos on what was supposed to be a closed set while I was directing a video.” “I don’t know this person. I’ve never been with this person.”

Kylie has yet to comment on the cheating claims, but it looks like she is standing by her man in regard to her most recent family pic.