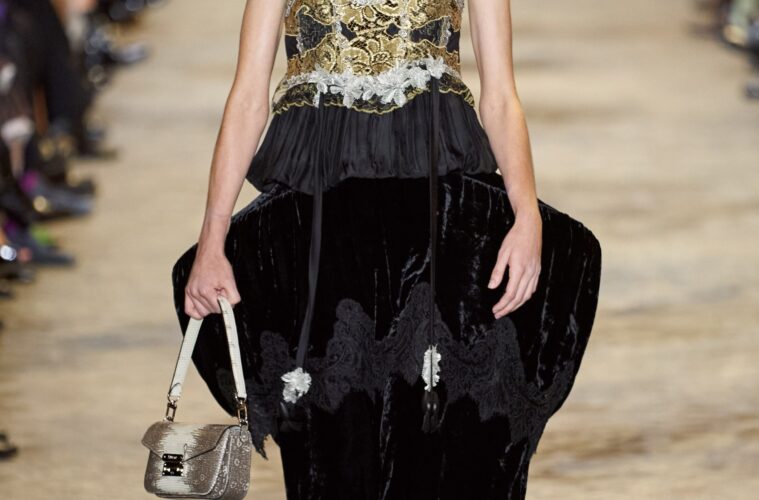 Nicolas Ghesquière rounded out a dazzling Paris Fashion Week with Louis Vuitton’s 200th-anniversary show on the 5th of October, held at the Louvre’s Passage Richelieu under vaulted ceilings decked out with dozens of antique chandeliers.

Honouring the bicentennial birthday of its namesake founder, the collection delved into the various eras of the house’s history with daring silhouettes and incredible haute couture touches. 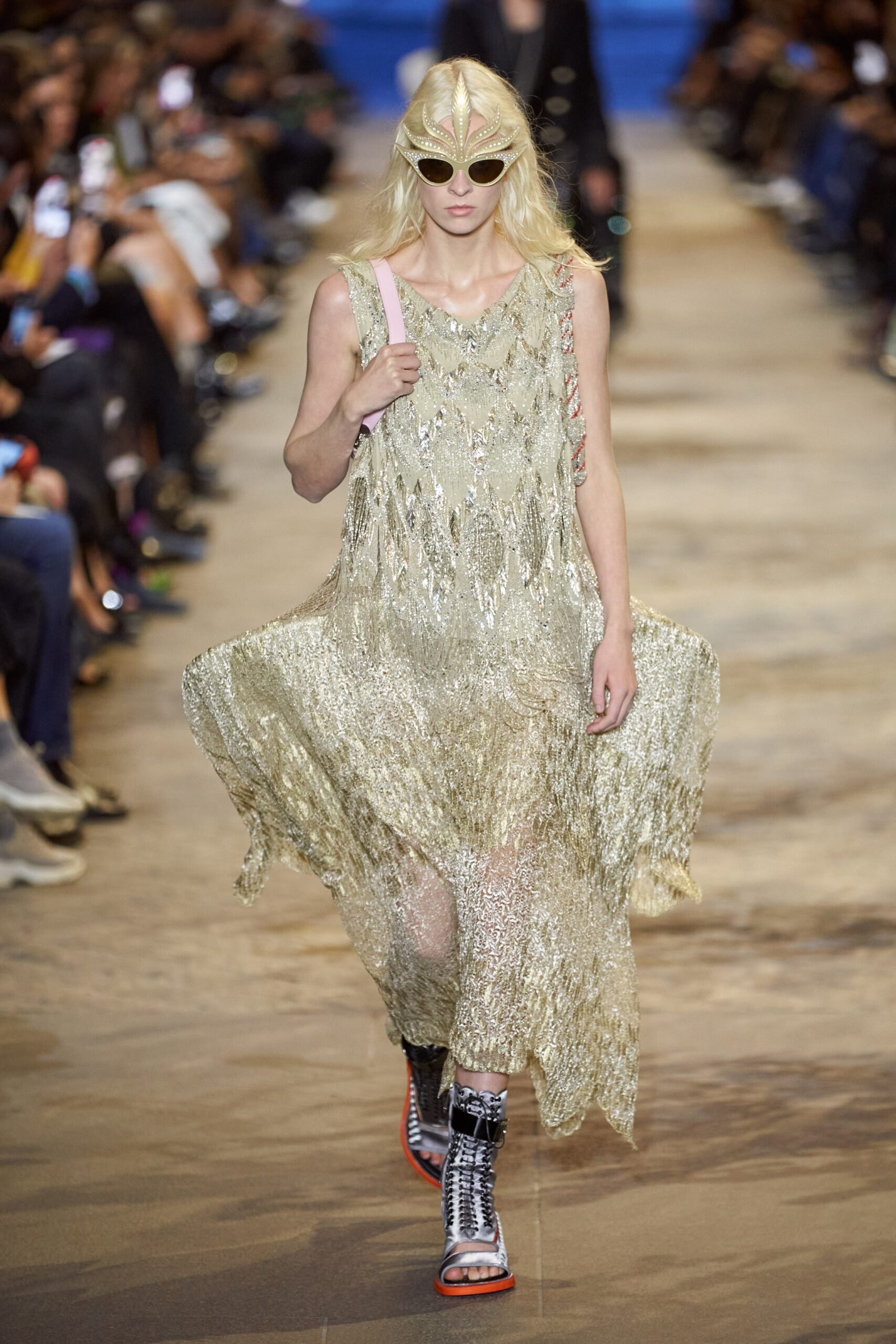 To the heart-pounding soundtrack of Christian Bruehner’s Sparkling Light and, at the finale, David Briggs’s Prelude and Fugue in E Flat, Ghesquière presented a sumptuous lineup of Regency-core creations that expertly fused the past and present.

Dramatic panniered ball gowns, some worn over denim trousers, jutted out at the hips in 19th-century style, sweeping behind the models in fantastical fashion. 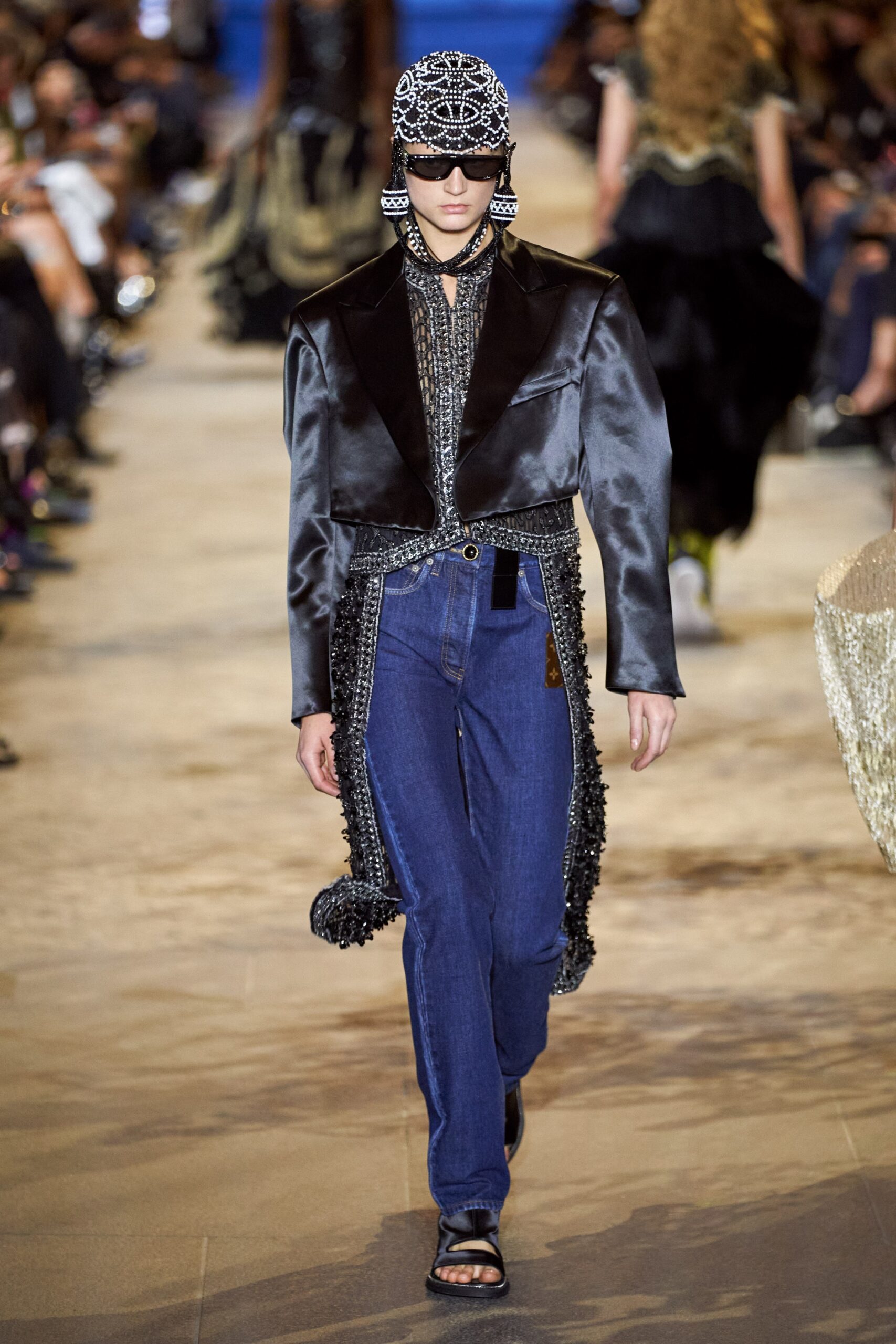 Oversized tuxedo jackets paid tribute to the ‘80s and came thrown over skater shorts, while voluminous puffa coats were paired with breathtaking ruffs, redefining historic pieces with a contemporary and ethereal edge. 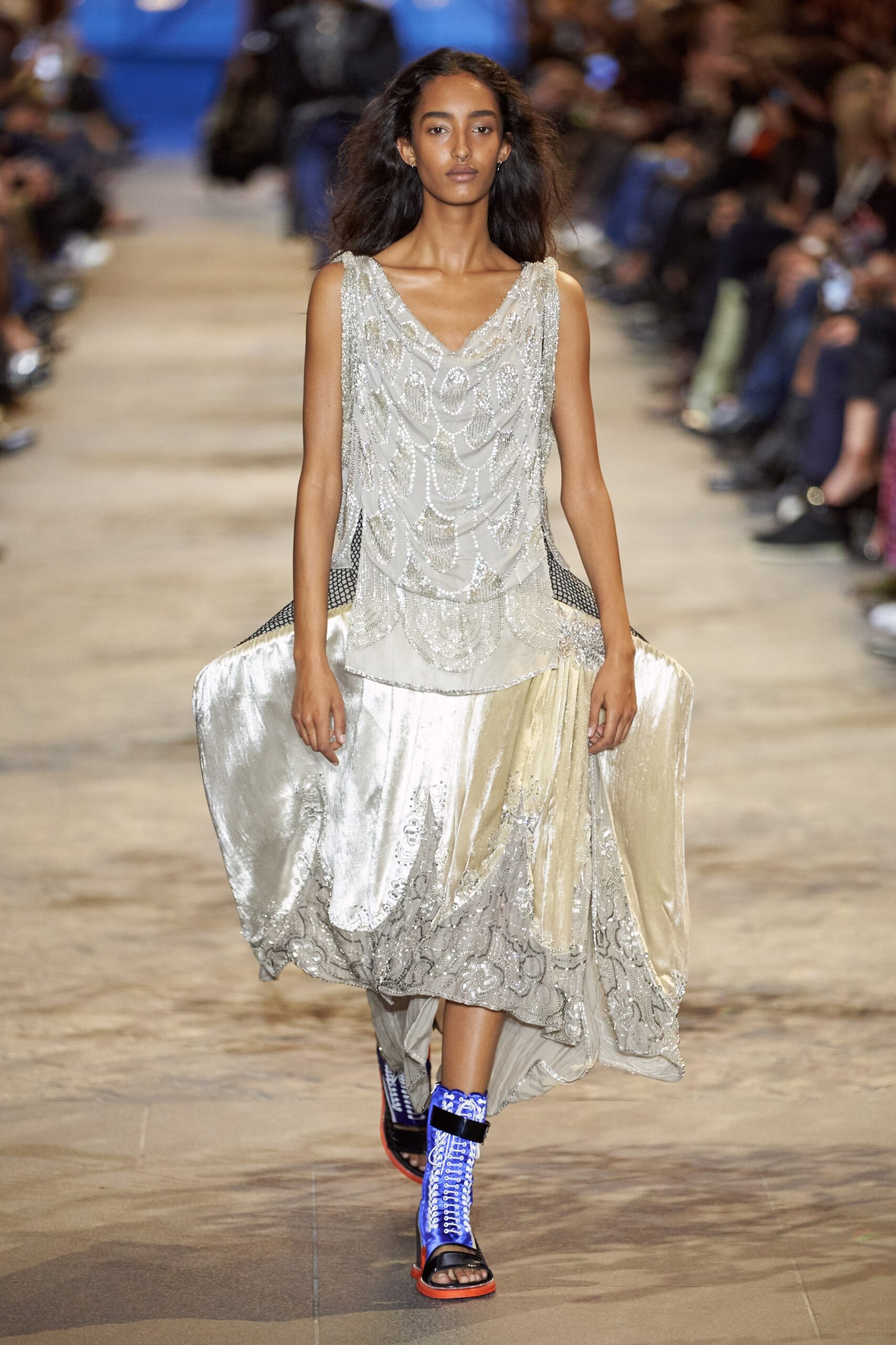 Given Maison’s famed history as a trunk maker, the show debuted a number of deeply desirable goods throughout the 44-look lineup. 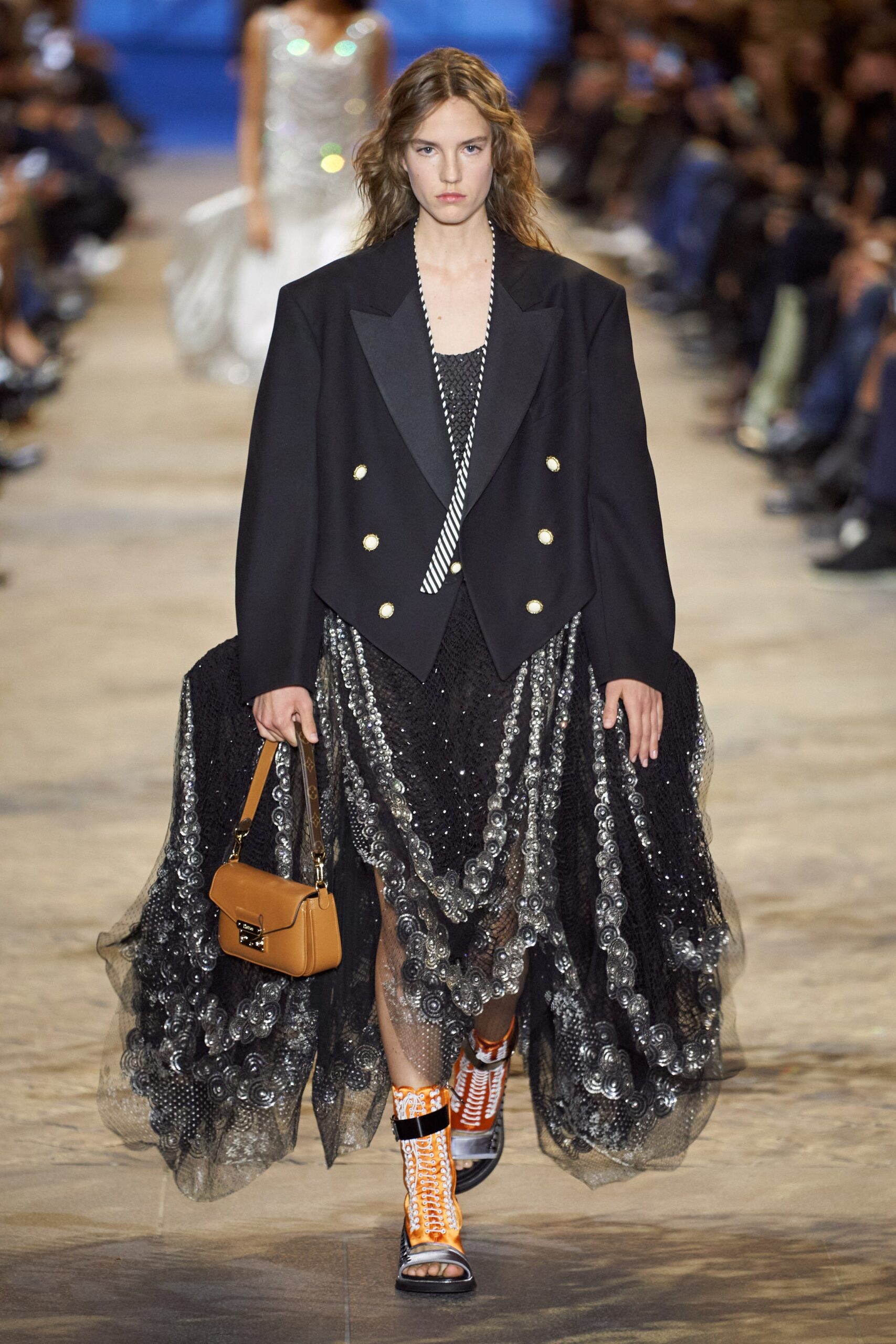