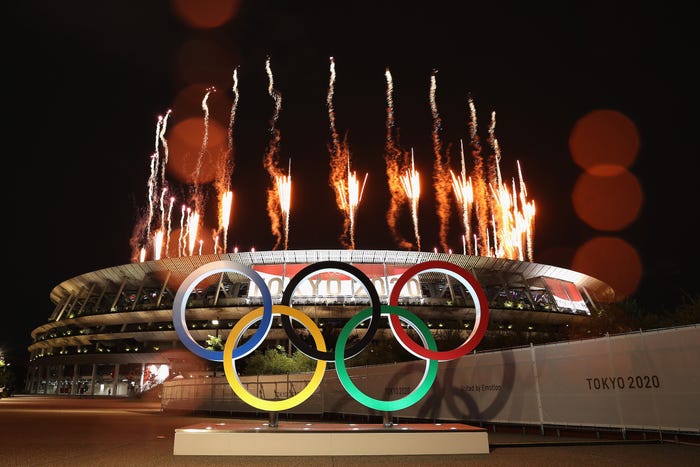 The elegant yet subdued opening ceremony kicked off pandemic-delayed Games.

The Tokyo Olympics are officially underway. After a year of delays and uncertainties due to Covid-19, the 2021 Summer Olympics kicked off with a dazzling though at times subdued Opening Ceremony Friday evening in Japan.

Athletes from more than 200 countries marched into Tokyo’s Olympic Stadium for the traditional kick-off to the two-week-long event. The delegations were considerably smaller this time around and many chose to remain at the Athlete’s Village rather than congregate with their peers at the national stadium.

The Opening Ceremony is always known for its performances. The Tokyo Opening Ceremony featured some spectacular set pieces that filled the stadium with lights, music and dancing. Japanese singer MISIA performed Japan’s national anthem. John Legend and Keith Urban were among the artists who led a performance of John Lennon’s “Imagine”. 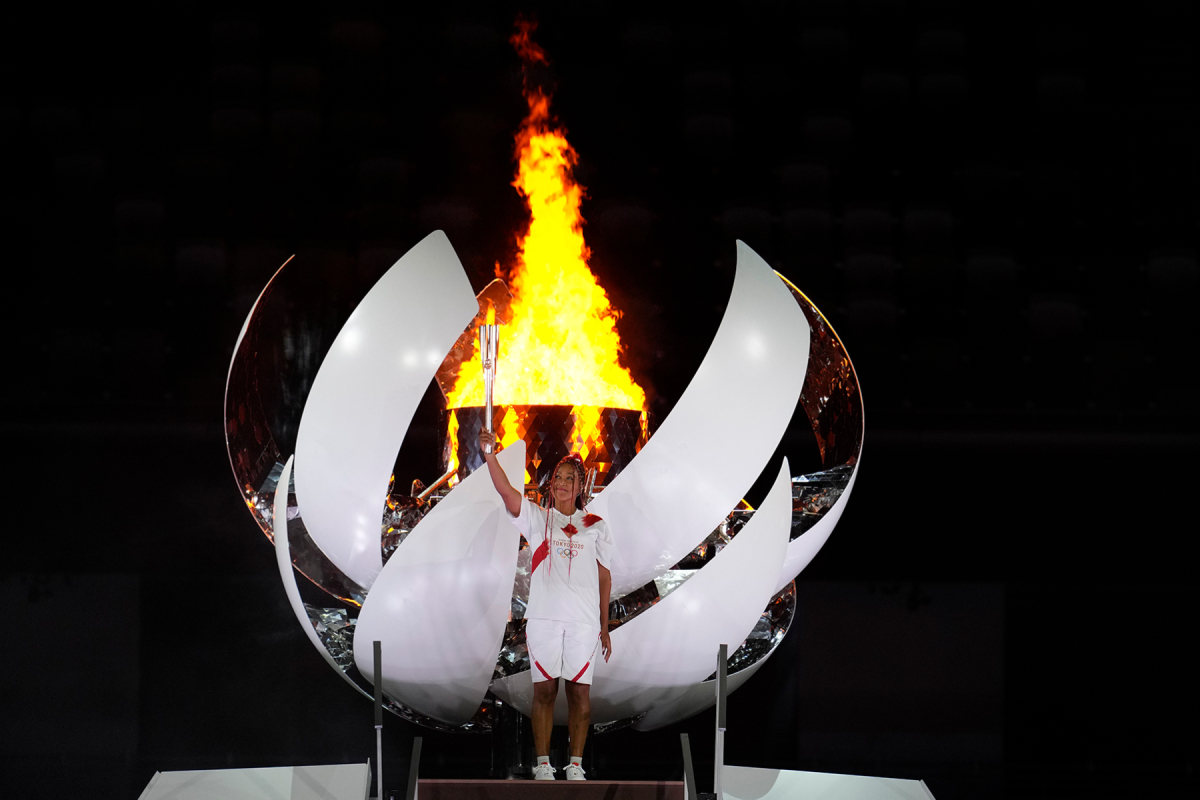 The emperor made a short declaration following speeches by International Olympic Committee (IOC) president Thomas Bach and Japanese Olympic Organizing Committee head Seiko Hashimoto acknowledging the challenges athletes and organizers have faced ahead of the Games.

The cauldron was designed to evoke the sun and a flower, the latter representing vitality and hope. A short but spectacular fireworks display lit up the sky over Tokyo Olympics Stadium to close out the event.

The Olympic Oath has also been updated for Tokyo 2020 to better reflect a commitment to inclusion, diversity and ending discrimination. In step with the IOC’s stated goal of improving gender equality, three men and three women took to the stage to recite the oath on behalf of all athletes and officials. 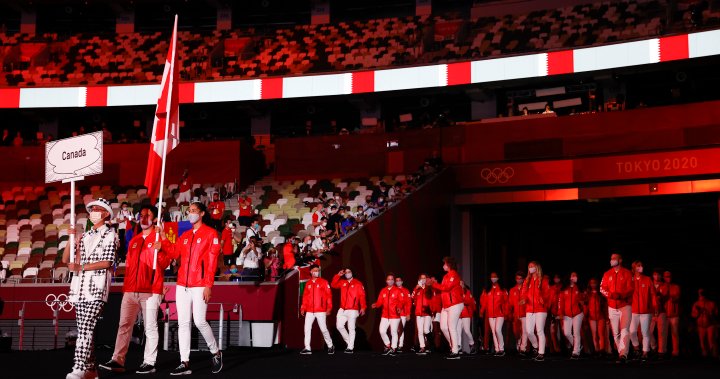 Canada’s flag-bearers, Miranda Ayim and Nathan Hirayama carried the Maple Leaf into the stadium, ahead of only about 30 athletes from Team Canada.

“Despite those challenges, our Olympic athletes exemplified perseverance, patience, courage and determination,” Trudeau said. “They remind us that if we work hard, remain disciplined and give it our best, we can make our dreams come true, even in times of adversity.

“To our Canadian athletes: thank you for being proud ambassadors for our country and an unrivalled source of inspiration for us all — especially our youth.”

Canada is fielding a team of some 371 athletes, the largest contingent since 1984. But not all competitors are in Tokyo for the start of the Games, as some athletes are arriving just in time for their events and will leave quickly after they are done.