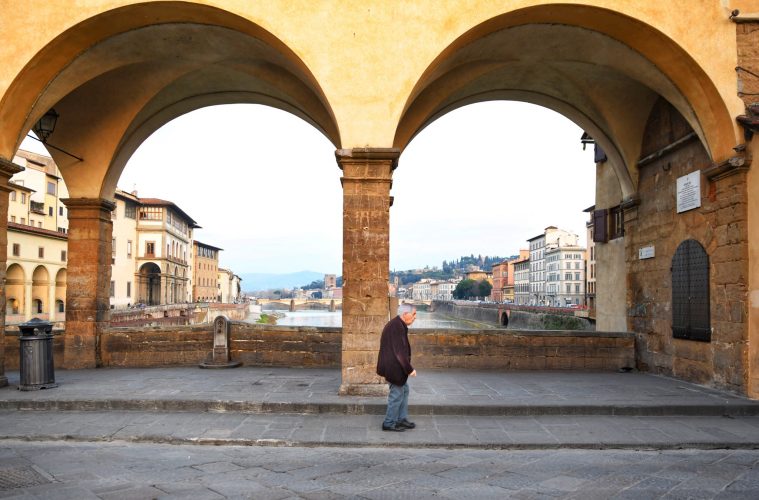 Coronavirus Italy Update: What It’s Like to be Living on Lock down During the Pandemic

I am currently living with my parents in a small village near Milan in the North of Italy. Last Saturday evening, after some weeks spent on alert against the coronavirus disease, the government announced the lockdown of many areas of northern Italy, Lombardy included. That same evening, many Italians fled South with the last night train, before the government measures could take hold. Only two days later, on Monday, Italian premier Giuseppe Conte claimed that ‘there won’t be just a red zone, but there will be Italy’ as a protected area. The entire peninsula has been in quarantine since.

Editor-in-chief Ksenia Edwards has asked me some questions about this growing worldwide emergency.

The illness started in Wuhan – the outbreak was first announced on the 31st of December – and it is caused by an unknown member of the coronavirus family. The virus comes from animals, and it was initially spread in a wildlife market in Wuhan.

How does contagion happen? What are the COVID-19 symptoms?

The virus is a respiratory illness and it is transmitted human-to-human. It can also be transmitted via infected objects or surfaces. This is why keeping your hands clean at all times is crucial to avoid it. Its main symptoms are high fever associated with difficulty in breathing.

I hear many people saying or writing that Italy is overreacting, that the symptoms of the COVID-19 are, ‘after all, nothing more than a normal influenza.’ But the truth is that the situation in Italy is bad and it is not getting better. Hearing about a lockdown and living it is not the same thing. We are so used to bad news happening to other people, in other countries, that we are not ready to acknowledge and react when it happens to us.

Every day, there are more sad and terrifying news on TV and newspapers. Today at lunch, the mayor of the village where I am currently staying with my parents (only 8800 inhabitants) declared he was tested positive for the virus and that someone, the first in this village, has died.  This morning, on the main Italian newspaper, the Corriere, a headline reported different couples dying in the hospital without saying goodbye to their loved ones, their relatives forced to stay home to avoid contagion (funerals are not allowed). Among them, Alberto Fiorani, 81, called his daughters on the phone with a respirator mask to try to say goodbye. His wife Antonietta was also hospitalised, only in a different town. They both died, fifteen kilometres apart.

What does it mean to be on lock down? What’s allowed? What’s not allowed? How does it affect you on a daily basis?

The message issued by the government is simple: ‘stay home.’ This means that we are forbidden to leave the house unless we need to go to the pharmacy or buy groceries.

Considering the risk of going outside, the quarantine is not too hard to endure. What I personally find the scariest is the bad news we constantly hear and the fact that we cannot check on our relatives and friends, if not on the phone.

No. However, travel is only allowed for ‘urgent, verifiable work situations and emergencies or health reasons.’ Even driving from one village/town to another is discouraged. In order to travel outside of their living areas, people need to sign police form, self-certifying the reasons why they travel (again, health or necessary work needs). Under the new lockdown legislation, people can be issued fines for traveling within the country without a permit. Checkpoints have also been set up at train stations.

Can you still get food and groceries?

Supermarkets are still open. People buying groceries must wear gloves and masks and try to keep at least one meter distance between one another. However, all other shops are closed. All public events are banned and schools have been cancelled throughout the country. Public spaces, such as gyms, theatres and cinemas, have also been closed. City streets are uncannily quiet now.

How are the hospitals?

Hospitals are at the point of collapse. Daniele Macchini, a doctor from the northern Italian city of Bergamo, recently warned the world of what he and his colleagues are facing. Macchini wrote that COVID-19 cases are rapidly multiplying and that in the hospitals ‘the battle against the virus is uninterrupted day and night.’ Lombardy has one of the best-resourced regional health systems in Italy, but the cases are spreading too quickly and the national health service is pushed to breaking point. Hospitals in the North of Italy have converted recovery rooms into isolation wards, hastily making space for more and more beds everyday. In the most extreme cases, doctors have to choose who to treat based on survival chances – age and other illnesses, especially respiratory, are taken into account.

This is to fully explain the situation to all my foreigner followers (70% of my 18.7 millions) who clearly don’t understand the situation here in Italy at the moment: IT IS BAD. We have more than 10.000 cases, more than 600 deaths and more than 5000 people at the hospitals with bad conditions. The hospitals are not ready for all these cases and doctors and nurses are doing all they can to help as many as possible but if the number of sick doesn’t slow down they’ll have to start choosing patients based on how young and likely to survive they are. @fedez and I started a crowdfunding on Monday to help a hospital in Milan and it got over 3.6 millions € in offers and so many other people started collecting for other hospitals but there is still a lot that has to be done. The State decided to LOCK ALL OF THE ITALIANS inside their houses til April 3rd to prevent the virus to spread even more and to avoid the whole system and hospitals to collapse. We’re all living in quarantene right now, like some cities in China have done this past month. So please, start the awareness and understand that this is not a common flu and it’s way more dangerous for all of us: STAY IN as much as possible in this critical time. And If you can, help telling others to be careful and help Italy with its hospitals ??

How much time elapsed between the local media reporting the first cases to it escalating to the level of needing a lock down?

The virus started spreading on February 20. The first recorded patient with the virus in Italy has been a 38-year-old man, who tested positive with the virus in the hospital of Codogno (however, some health officials believe it started spreading before this, with many people lamenting influenza symptoms and others with pneumonia treated as though they had seasonal flu in the Codogno hospital.) The most common belief that spread towards the end of February was that the virus was ‘nothing to worry about’ because it was no different from ‘a seasonal flu.’ The government started closing schools and public gatherings, but people kept going out. In less than a month, Italy has gone from having only three cases of the coronavirus to having the highest number of cases and deaths outside of China. The number of cases rose by 50% on March 8 alone. As of today the positive cases in Italy are 12,462, with 1045 recovery, 827 deaths, 5838 hospitalized with symptoms and 1028 in ICU. 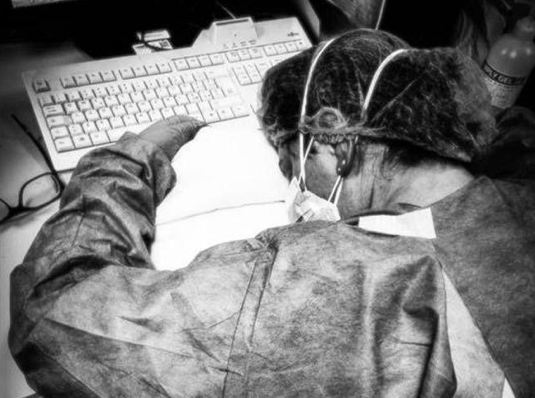 What can people in Canada learn from what’s happened to Italy? Was the government warning you to take precautions before this lockdown happened?

The government had been warning us to take precautions for a couple of weeks before the virus spread so significantly. People however kept going out, fled to the mountains, crowding parks and ski resorts. This outbreak was not be underestimated and yet most of us took the issue lightly. The strict measures adopted in China offer an example that quarantine can be effective, if the rules are followed.

Being scared and careful is not the same as being ignorant or paranoid. The problem with COVID-19 is that its contagion has still many elements of uncertainty and uncertainty most often leads to panic. The only way to fight it is to accept the temporary change in our lives, be patient and follow the rules without either panicking or underestimating the issue.