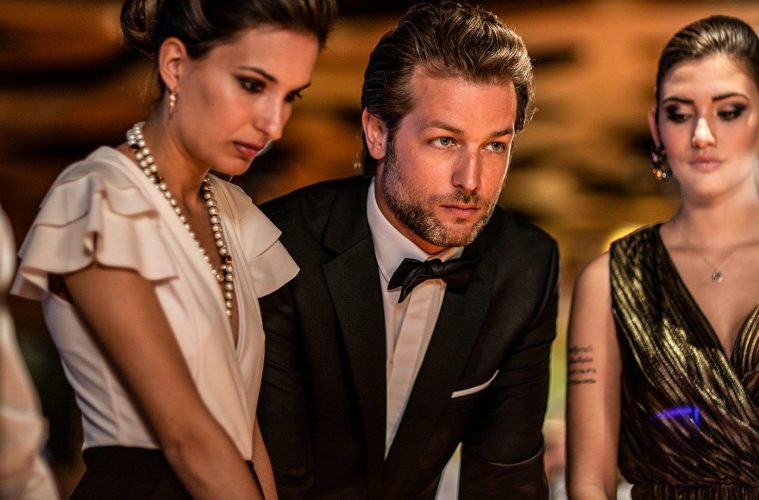 10 New Britbox Shows to Watch While in Coronavirus Lockdown

BritBox is a digital video subscription service created by the BBC and ITV that features some of our favourite British shows from Doctor Who to Gavin & Stacey. BritBox has the “biggest collection of British content on any streaming service” and we’ve narrowed it down to our 10 new favourite shows to watch while in lockdown. The streaming platform is also currently offering a seven day free trial so you can get a taste of it before committing.

Set amongst the vibrant international community of the eponymous Spanish island, The Mallorca Files centres around Detective Miranda Blake, played by Elen Rhys (Broadchurch, Silent Witness)  – an introvert who is used to living by the rules – and her German counterpart, Max Winter (Julian Looman), whose approach to policing is based on gut-instinct and little regard for protocol. Their dynamic – sometimes in sync, but mostly not – sets the playful tone of the series.

Set in the early 1950s, the series centres around the local Catholic priest at St. Mary’s, who often finds himself solving some of the biggest crimes in the quaint English village of Kembleford. Assisted in his efforts by a motley, and not always godly, squad of allies, he is thrust further into his role thanks to an inept local detective. Father Brown is a fun, compelling light-hearted period procedural that has certainly earned its stripes with audiences around the world.

BritBox’s NOW feature brings Easter from King’s, the annual British tradition in which the world-renowned choir from King’s College performs a special Easter concert, broadcast live from the historic and breathtaking campus chapel.

From Derren Litten, creator of the smash hit Benidorm, Scarborough residents Karen and Mike find themselves reunited after five years apart. Now in their late 30s – not “old”, despite what their youthful realtor tells them – it’s time to make a proper go of it. The only trouble is, life in Scarborough is never quiet (sometimes literally, when karaoke is on). From an unexpected death at Karen’s job, to Mike’s feud with the local ice cream mogul, can this pair survive what Scarborough has in store for them?

BritBox’s NOW feature brings a brand new season of the 40-year-old BBC current affairs program, presented by Fiona Bruce. The show continues to give the general public from around the world a voice and a chance to have their questions answered by a group of panelists, usually made up of political figures, journalists, comedians, celebrities and trade union leaders.

When human remains are found on the central reservation of a motorway near London, Cassie and Sunny are called to the scene. Dogged work leads the team to Hayley Reid, a 16-year-old girl who went missing on the eve of the millennium. A close-knit group of old school friends hold the key to what happened. Local doctor Tim Finch in Hampshire, television presenter James Hollis in London, failing salesman Pete Carr in Norfolk and artist Chris Lowe in Bristol. None of them are quite who they first seem to be, but is one of them capable of murder?

A Confession (launches May 12)

In 2011, after a night out with friends, 22-year-old Sian O’Callaghan disappeared. As Detective Steve Fulcher (Martin Freeman, Sherlock) begins to piece together her last movements, he ties her disappearance to a local taxi driver, who confesses his involvement in yet another woman’s disappearance years earlier. A BritBox original, A Confession chronicles the paths of two mothers: Elaine Pickford (Siobhan Finneran, Downton Abbey), whose daughter’s disappearance lands her assailant facing years in prison; and another, Karen Edwards (Imelda Staunton, Vera Drake, Harry Potter) who relentlessly pursues justice after her daughter’s killer goes free when his confession is ruled inadmissible in court. Meanwhile, Fulcher finds his career and his marriage on the ropes when he faces expulsion from the force for coercing the confession that leads to the divergent court rulings.

If you think catching criminals is tough, try catching police officers. Set in the fictional police anti-corruption unit AC-12, Line of Duty is a cat-and-mouse thriller that takes a probing look into modern policing and corruption.