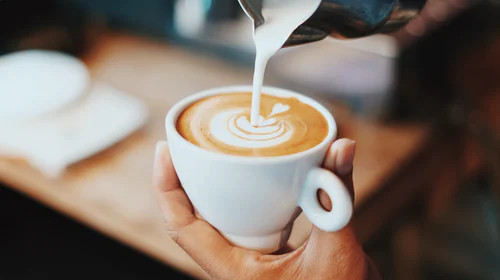 Is coffee good for your mental health? The answer must be yes. It has a special ingredient called caffeine. When you take a cup of it, then your central nervous system is activated. Dopamine starts releasing from the brain. This is responsible for producing emotions such as happiness. Dopamine is also called a “feel-good chemical”. More production, activeness, and alertness can be seen in people after its consumption. The working capacity of the human mind is increased even after a single cup.

Caffeine is known to reduce depression. However, if used excessively and for a long duration, it may cause various side effects. One can develop an addiction by utilizing it too much, which is not good for health. This can also result in an increased production of the “Cortisol” hormone. Cortisol is generally called a stress hormone.

The negative effects of caffeine are due to its irrational use. If used in limited amounts, it can serve as an excellent mood booster.

Following are some of its beneficial effects on human health:

A cup of coffee can boost up the body’s overall energy level. Making a person more alert, active, and wakeful is one of its primary actions. After a heavy mental work, only this can make your mind calm.

The central nervous system gets stimulated, bringing several hormonal changes in the body. These hormonal changes make a person more active. It is used widely for relaxing the overall body after a hectic work.

Caffeine is one of the naturally found ingredients, which is known to stimulate fat-burning activity. A fatty person is mostly suffering from depression. A cup of coffee boosts the overall body’s metabolism, making his body feel lighter.

Various products for fat burning contain this magic ingredient. Fat cells are also targeted due to the stimulation of specific receptors of the nervous system.

It is considered the best natural ultra short-acting antidepressant medicine. If you are feeling depressed, just take one cup and within no time you can feel the difference. There’s a variety of coffees available in the market providing the best quality product. Caffeine derivatives affect the central nervous system and stimulate the release of dopamine and serotonin. These both after coming into blood circulation create a feeling of happiness in the person. Depression will be greatly reduced due to circulating dopamine. Generally, depression occurs due to severe anxiety. Thus, it can reduce the anxiety level too.

Why caffeine makes you more energetic? The reason behind it is that it stimulates the adrenal gland. Adrenaline is secreted by the adrenal gland. This adrenaline makes you more active and energetic. Adrenaline has effects on the pupils of the eye as well. These are dilated under the action of adrenaline. Hence if you are studying, it is best to help you remain active and awaken.

Want to stay awake for long? Coffee can be the best choice for those who are working continuously. It can refresh your whole body system in just a few minutes. If you have to work continuously without sleep, it can make you active.

If you want to stay awake late due to any work, this can help reduce your overall sleep too. But having a cup just before going to bed cannot be a good option. After it, you will not feel sleepy for the next 1-2 hours.

Hence you can say that coffee is an important component to enhance your mental health. Especially if you have to work continuously, you can enjoy some sips of it to keep you active. Anything if used excessively has side effects. Similar is the case with the coffee intake. Excessive and prolonged use can make you addictive which is not good for your health. It will induce depression instead of acting as an antidepressant if used excessively.