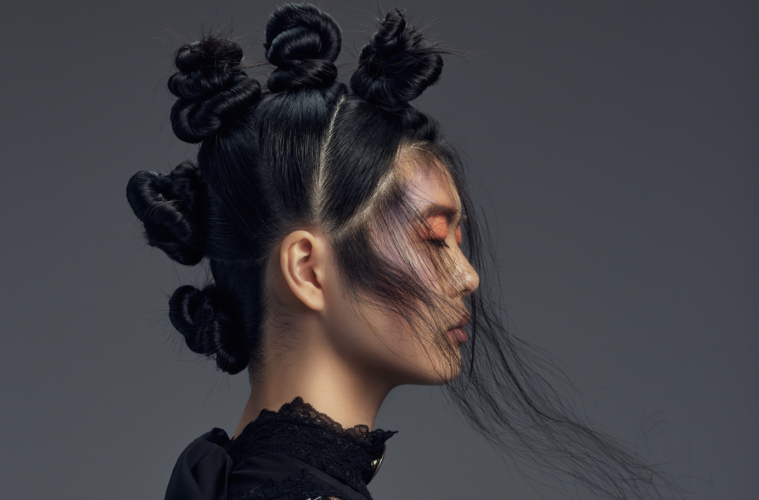 HOLR was invited to attend the 34th Annual Contessa Canadian Hairstylist Of The Year Awards and we have so much to talk about! From getting a behind-the-scenes scoop on the vision for each segment to the incredible sponsors and deserving finalists, we’re recapping the night and dishing all the details of this year’s event. 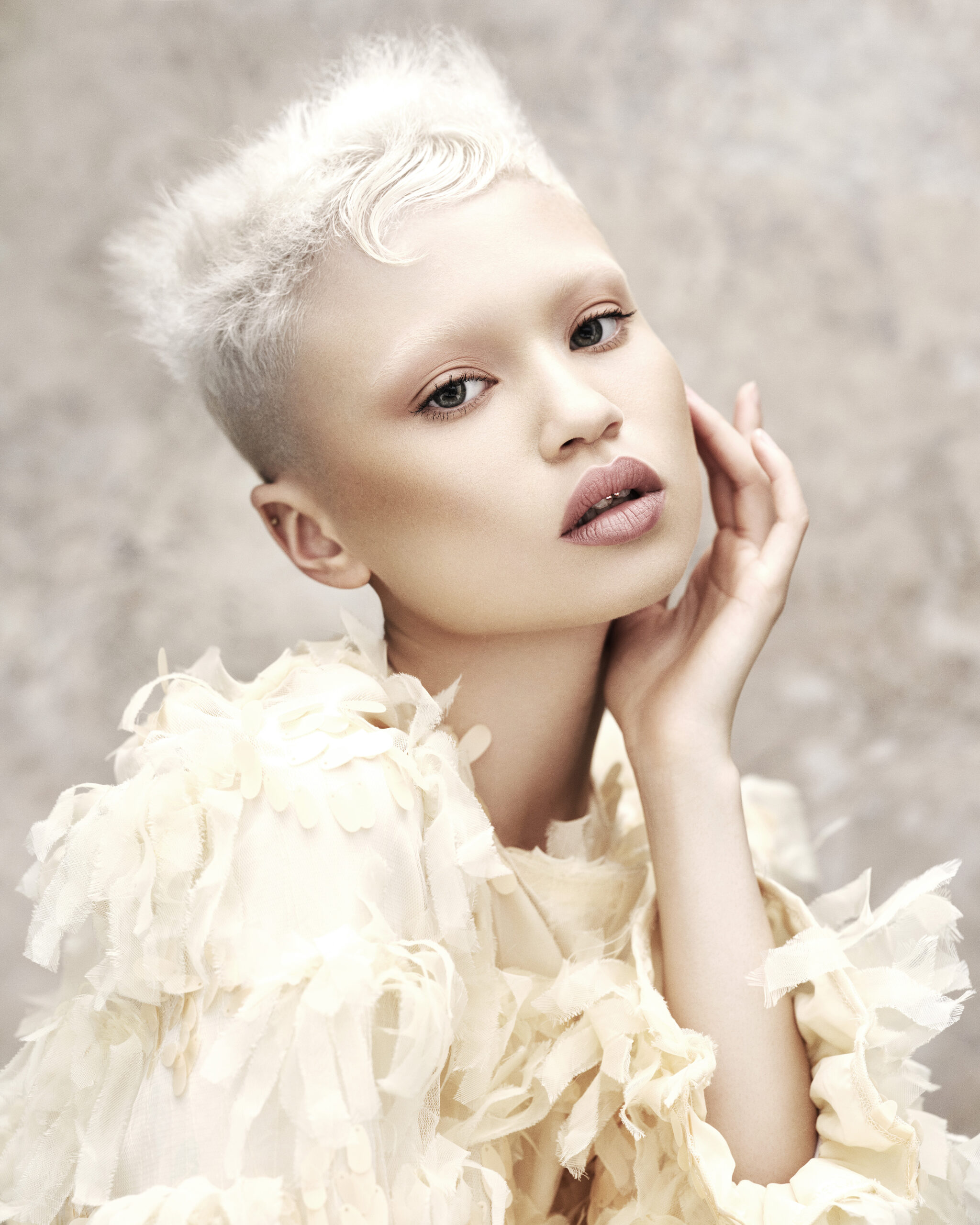 The highly regarded 34th Annual Contessa Canadian Hairstylist of the Year Awards was one to remember!

HOLR was invited to witness the grand event in person this past weekend (November 20, 2022) after two years of the ceremony being held virtually due to COVID-19. With over 1000 attendees present during this year’s show, the event continues to recognize top talent in hair, colour, makeup, and nails across multiple categories.

For context, the Contessas are produced by Salon magazine, which is a leader in Canadian professional beauty and publisher of two standalone English and French print editions as well as the digital platform, SalonMagazine.ca. 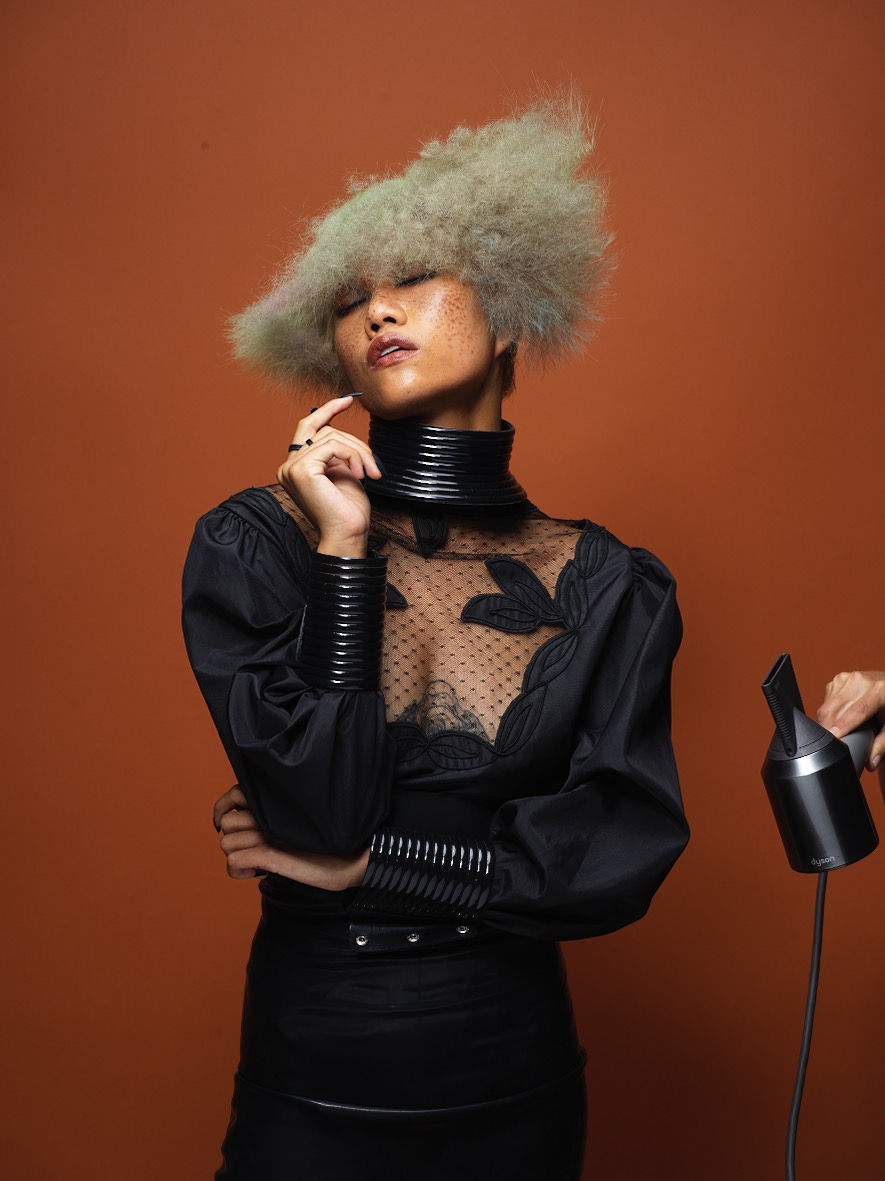 Editorial Director, Veronica Boodhan On How The Show “Unites Our Industry From Coast To Coast”

Editorial Director, Veronica Boodhan, sat down with HOLR before the show to talk to us about how the annual awards celebrate the resiliency of Canada’s professional beauty community, what she’s most excited about now that it’s back to an in-person event, and more!

Tell us all about this year’s 34th Annual Contessa Canadian Hairstylist of the Year Awards.
For some background, The Contessa Awards is Canada’s longest-running professional beauty competition. It honours excellence in hair, makeup, and nails as well as hair colour. It’s a photo-based competition that’s open to Canadian hairstylists and beauty professionals.
It’s our first year back in person since 2019 so we’re super excited to be here! It truly brings the whole community together and unites our industry from coast to coast.
After hosting virtual awards ceremonies for the past two years, this year’s ceremony and gala will be held in person. What can we expect from this year’s show?

We’re thrilled to have our presenting sponsors, Matrix and Wella Company, who will be taking the stage with some spectacular stage presentations. Seeing those live on stage is really inspiring to our community, it’s something we really longed for throughout the pandemic. Being able to connect and see those types of experiences live, I think a lot of people are going to be looking forward to tonight.
We also have an incredible show opener from multi-Contessa winner, Norm Wright. It’s something you’ll have to see to believe!
How does the annual awards show celebrate the resiliency of Canada’s professional beauty community?
After the hardships hairstylists faced during the pandemic because of the extended lockdowns and restrictions, to be able to connect again in person- and for us to be able to produce the Contessa awards- provides this platform that is a really much-needed creative outlet for our community.
To be able to share their work with their colleagues, and the world is so inspiring. It’s interesting because they can’t typically do this type of work in the salons- it’s super creative- so it’s exciting to be able to offer this platform and help unite our industry. In addition, the live stage presentations offer that inspiration that I think a lot of people are looking for and need.
The ceremony awards winning titles to some of the biggest names in Canadian and international beauty. What are some of the award categories viewers can expect to see this year?
In addition to our top categories (Canadian Hairstylist, Canadian Colourist, and Canadian Salon Team), we also introduce a new category this year which is collaboration. It’s meant to support creative work between hairstylists and colourists that don’t work in the same salon or may not even be from the same city or province. It’s meant to really unite them. After the lockdowns and restrictions, we wanted to introduce something that promoted the idea of working together and partnerships. Being able to offer that in our live in-person ceremony this evening is just fantastic. It’s something our industry needs.
We also have two other categories- Elite Master and Master Colourist are two of our most prestigious categories because they’re open to the industry’s most experienced professionals. We also have our International category that garnered attention and entries from all over the world.
Some of the most widely recognized professional beauty brands support the Contessa Canadian Hairstylist of the Year Awards. Can you tell us more about these brands?
The Contessa Awards wouldn’t be possible without our generous sponsors as well as the generous support of our presenting Gold and Silver sponsors. We’re really grateful to have the industry’s leading brands that are choosing to participate in the Contessas and support us year after year. They understand how vital our platform is to the community. 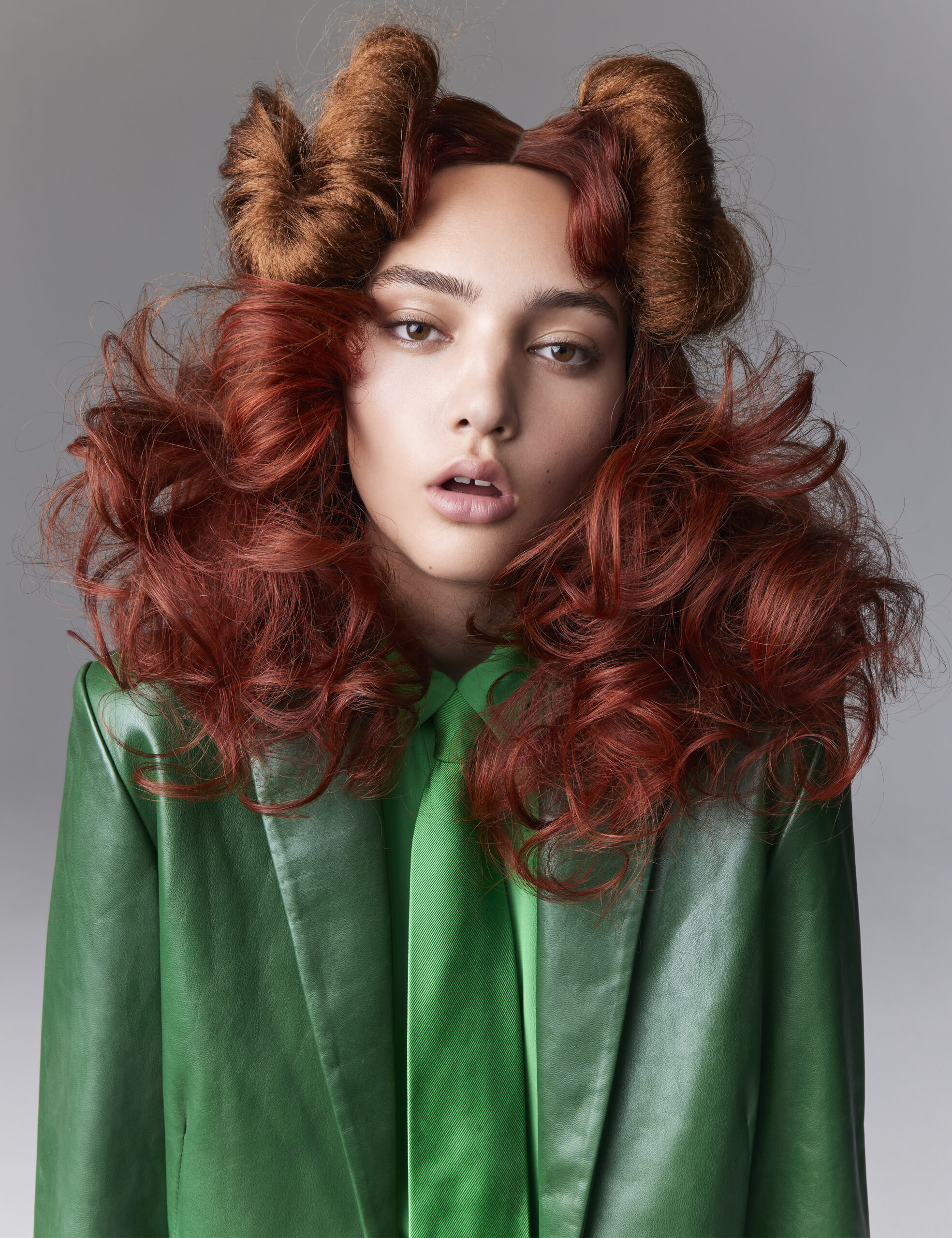 The 34th Annual Contessa Canadian Hairstylist of the Year Awards: A Breakdown of the Night

To say this was a magical night from start to finish would be the understatement of the year.

The event took place at Toronto’s very own Westin Harbour Castle, and, in addition to awarding 24 desired titles to some of the largest names in Canadian and international beauty, the gala also highlighted show-stopping stage presentations from Matrixx and Wella Company-those of which are two of the industry’s leading brands. From Canadian Hairstylist of the Year (Winner: Tony Ricci) to Master Colourist of the Year (Winner: Rossa Jurenas) to everything in between, artists near and far were celebrated both and off as a result of all of their hard work and dedication to their craft.

Guests were also kept thoroughly entertained throughout the night, as we were invited to spectate two incredible live performances from Matrix and Wella, as well as a show-opener from Toronto-based hairstylist and multi-Contessa winner, Norm Wright.

This was truly a spectacular evening filled with creativity, inspiration, and tons of fun. 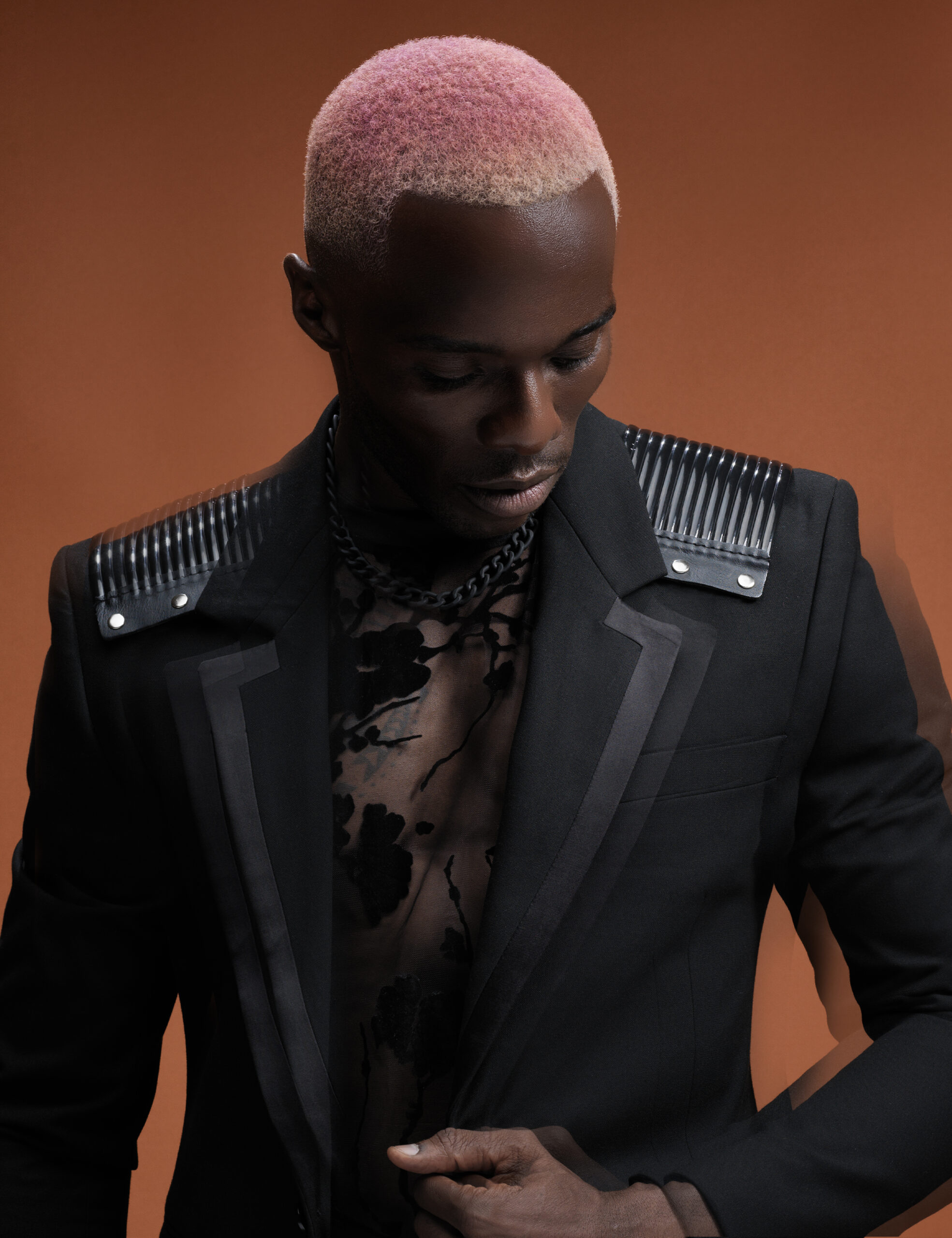 HOLR got the inside scoop on some of the top sponsors’ involvement with the show and how they brought their vision not life through their respective segments. Check out our chat with Dana Lyseng (Wella Top Artist) and Rodrigo Araneda (Artistic Director for Matrix Canada), below.

Talk to us about your involvement with this year’s 34th Annual Contessa Canadian Hairstylist of the Year Awards.

Dana: We started this show in the spring, putting a storyboard together, and have been working on it ever since. It’s been super exciting but we’ve had a lot of time to build concepts and test things out.

Tell us about the artistic vision behind your segment and your design inspiration.

Dana: My vision behind the segment was all about inclusivity. We all struggle with idealistic beauty so I just want everyone to love the body they’re in and know that what they’ve been given naturally is beautiful and perfect. I really wanted to do a show that was all about unity and inclusivity, using models that showed off different forms of beauty. Different heights, curves, genders- all of that! I wanted to create a beautiful show and do it on models who were empowered in their own selves.

When it comes to design inspiration, I love segmented shows that have transitions in the breaks. I create old-fashioned dream boards and everything I started to look at what unites people around the world. Wella is in 180 counties around the world, and beauty is something that unites us around the world. I really wanted to do something progressive- the dark segment showcased people not being seen, and the light segment showcased how people didn’t feel heard. Moving into the colourful segment, I wanted to demonstrate that we’re fearless, beautiful, and powerful. The words came with the show so we put them up on the screen. I wanted to segment the colour segments as well to showcase the whole portfolio of the colour line, as well.

Rodrigo: At the beginning, we thought about celebration. I wanted to celebrate really iconic and classic hairstyles- braids, ponytails, and afro and texture. I wanted to showcase how you can create something incredible from something so simple. For instance, in this model, I implemented 24K gold sheets. You start with a simple vision and turn it into something beautiful. Today was next-level haute couture!

In terms of design inspiration, my inspiration comes from everything. From nature, architecture, and other stylists.

What were you most excited about for this year’s show?

Dana: To be honest I was most excited about being with the team!

Rodrigo: We were all over the place! I trained, coached, and mentored 8 hairstylists that were all finalists in this competition in three categories. On top of that, we did the show!

When asked about the brand’s involvement as one of the main sponsors of this year’s 34th Annual Contessa Canadian Hairstylist of the Year Awards, Chatters had this to say:

“It was truly an honour to represent our over 1,250 Chatters hairstylists from across Canada at Contessa 34 . At Chatters, we believe in the value of continuous education and skill development, which is why we were so proud to see 9 of our stylists recognized as semifinalists in various Contessa categories this year. This was Chatters third year as official sponsors of Contessa Awards and the first year we have been in person to celebrate due to the pandemic. It is incredibly inspiring to see all the talented finalists and winners work, however, the highlight is the sense of community among the hairstylists, it is truly like no other. One of warmth, compassion, and comradery.”

So many deserving artists submitted their work and attended this year’s 34th Annual Contessa Canadian Hairstylist of the Year Awards. Congratulations to all who demonstrated hard work and dedication and had the opportunity to create art in the process.

Below are a few notable winners who took home highly-regarded awards to show for their laboured talents. 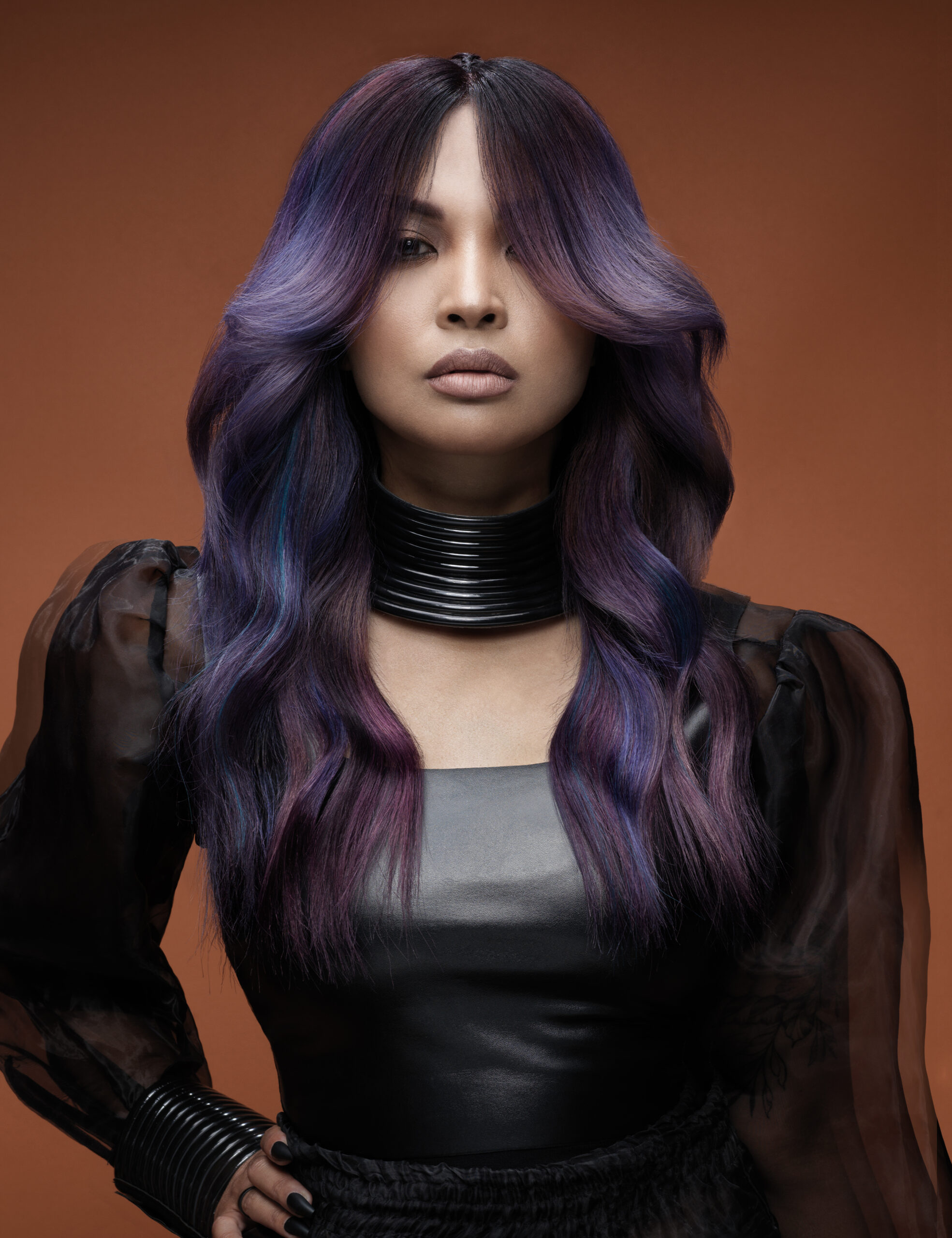