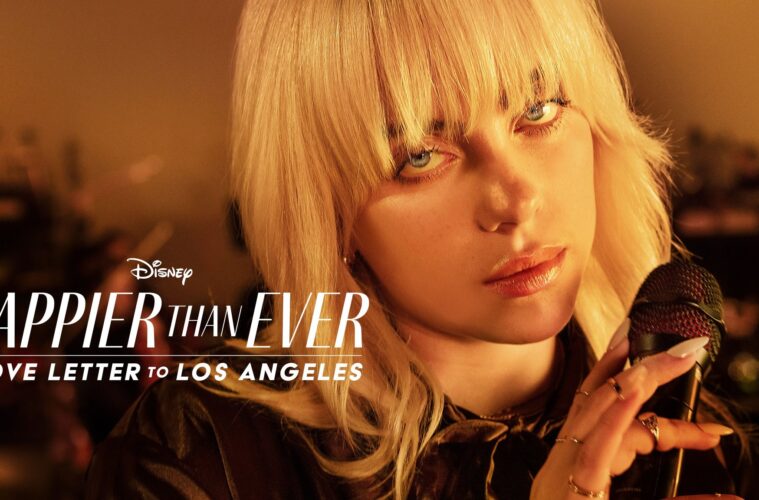 Billie Eilish’s Happier Than Ever: A Love Letter to Los Angeles

Advertised as a cinematic concert experience Billie Eilish takes us through her newest album Happier Than Ever as a story backed by her producing brother Finneas and the Los Angeles Philharmonic. 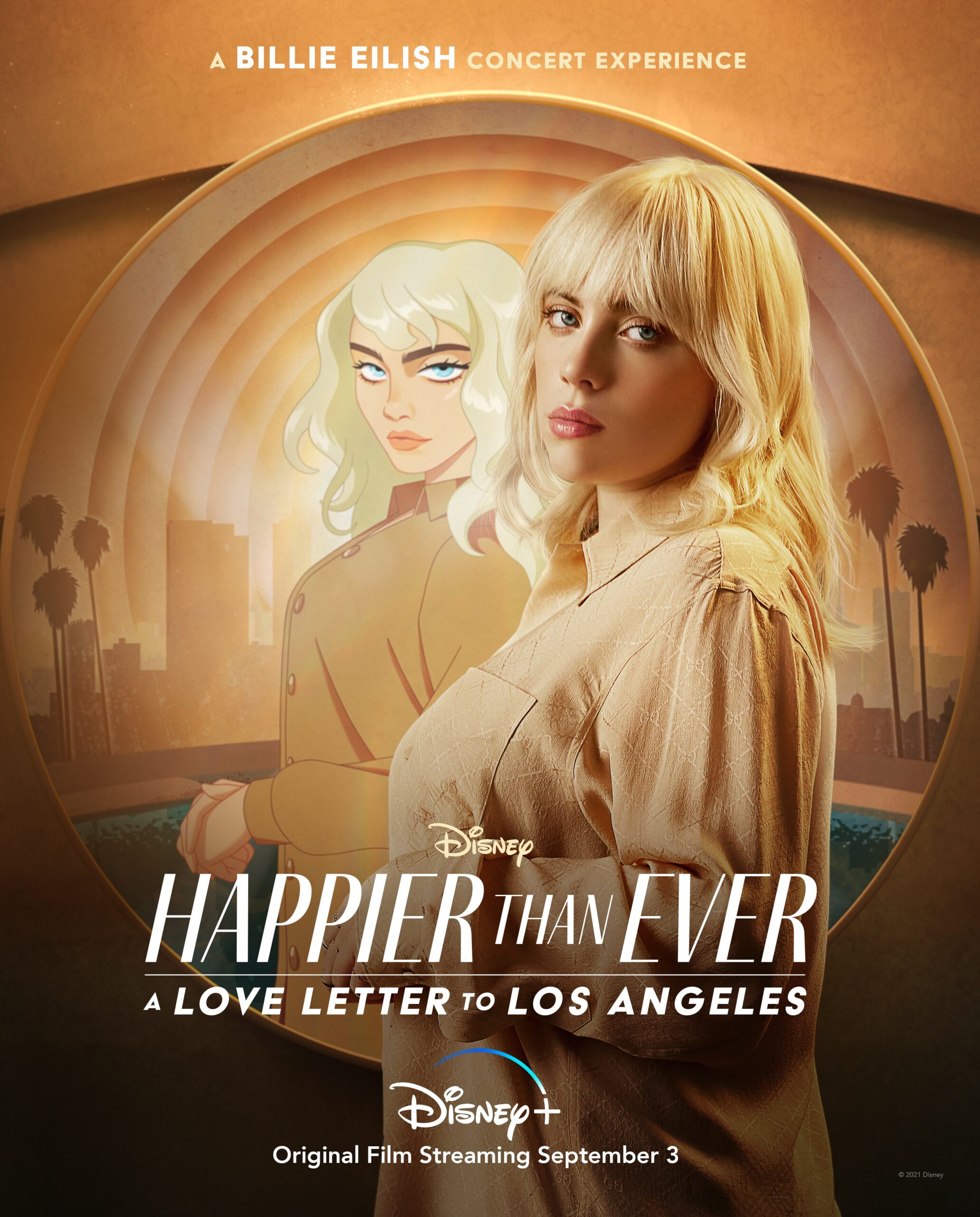 Billie Eilish made her first Disney debut in Happier Than Ever: A Love Letter to Los Angeles, a concert film that fans can watch from the comfort of their home. Performing her second studio album front to back and filmed in an empty auditorium at the Hollywood Bowl, Billie takes you on a journey through her hometown of Los Angeles and the iconic musical influences that have come out of Los Angeles decades before her.

The album, Happier Than Ever, was released in late July and has been some of Billie’s best work so far. She shares her quick journey to stardom and all the accompanying horrors. In typical Billie fashion, it is effortlessly melodic and raw with emotion. The tears we see on the cover of the album suggest that the title Happier Than Ever is more a dream rather than a reality.

During this hour-long film, Billie Eilish put her talents on display and manages to keep her performance lowkey keeping the focus on her beautiful vocals and lyrics. The young singer puts her full vocal range on display, at some points backed by the Los Angeles Philharmonic and at other times just her raw voice back with brother Finneas on acoustic guitar.

Happier Than Ever: A Love Letter to Los Angeles is an absolute must-watch. Not only do you get to experience the raw and beautiful vocals, but you get taken on a cinematic tour of Los Angeles. If you are a fan of the album or Billie there is no question that you should watch the film. It is streaming for no additional cost on Disney+.