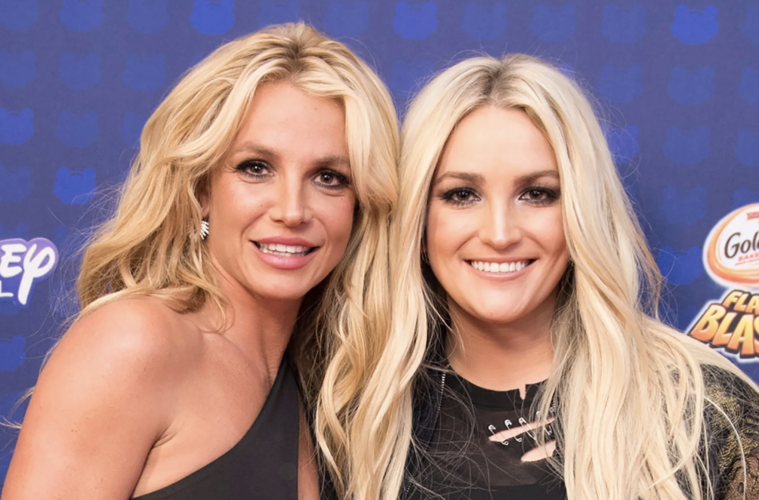 Jamie Lynn Spears, sister of pop star Britney Spears, recently broke down when describing her relationship with her sister on Special Forces: World’s Toughest Test. The ‘Zoey 101’ star said the following about growing up in her sister’s spotlight while on the show (as also outlined here):

‘Growing up, my sister became famous, worldwide famous, when I was very young. I’m so proud of her, love her to death, but I don’t know. Sometimes I feel like I don’t really have anything for myself. I struggle with self-esteem all the time.’

According to this recent article, Britney seemingly responded to her sister’s claims in a series of new social media posts. Britney supposedly posted two responses to Jamie Lynn. The star’s first response featured a lengthy caption accompanied by a man in a barrel as found here. 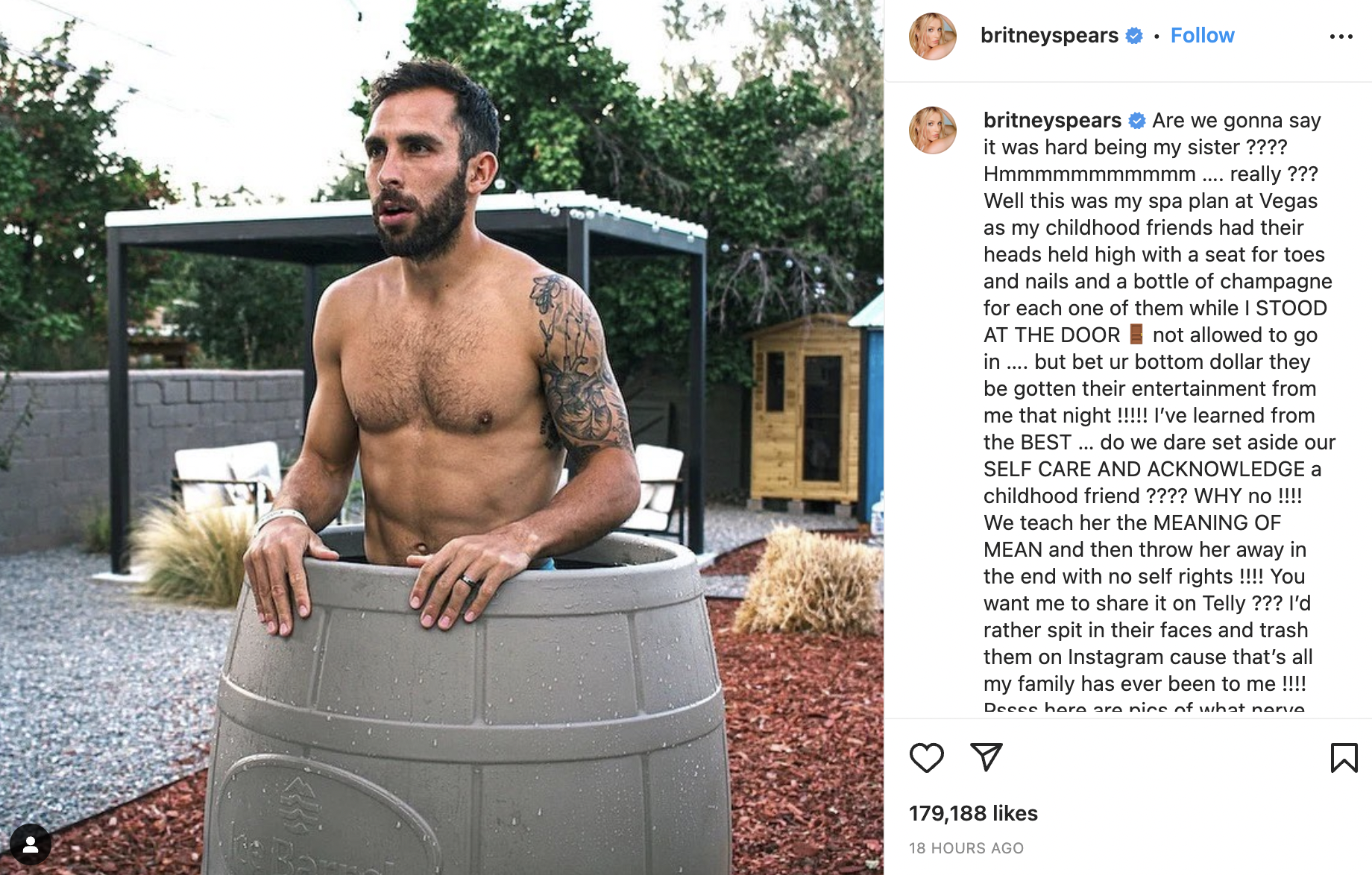 She then posted again featuring a new photo of  “what appeared to be a Google search for nerve/spine injuries.” 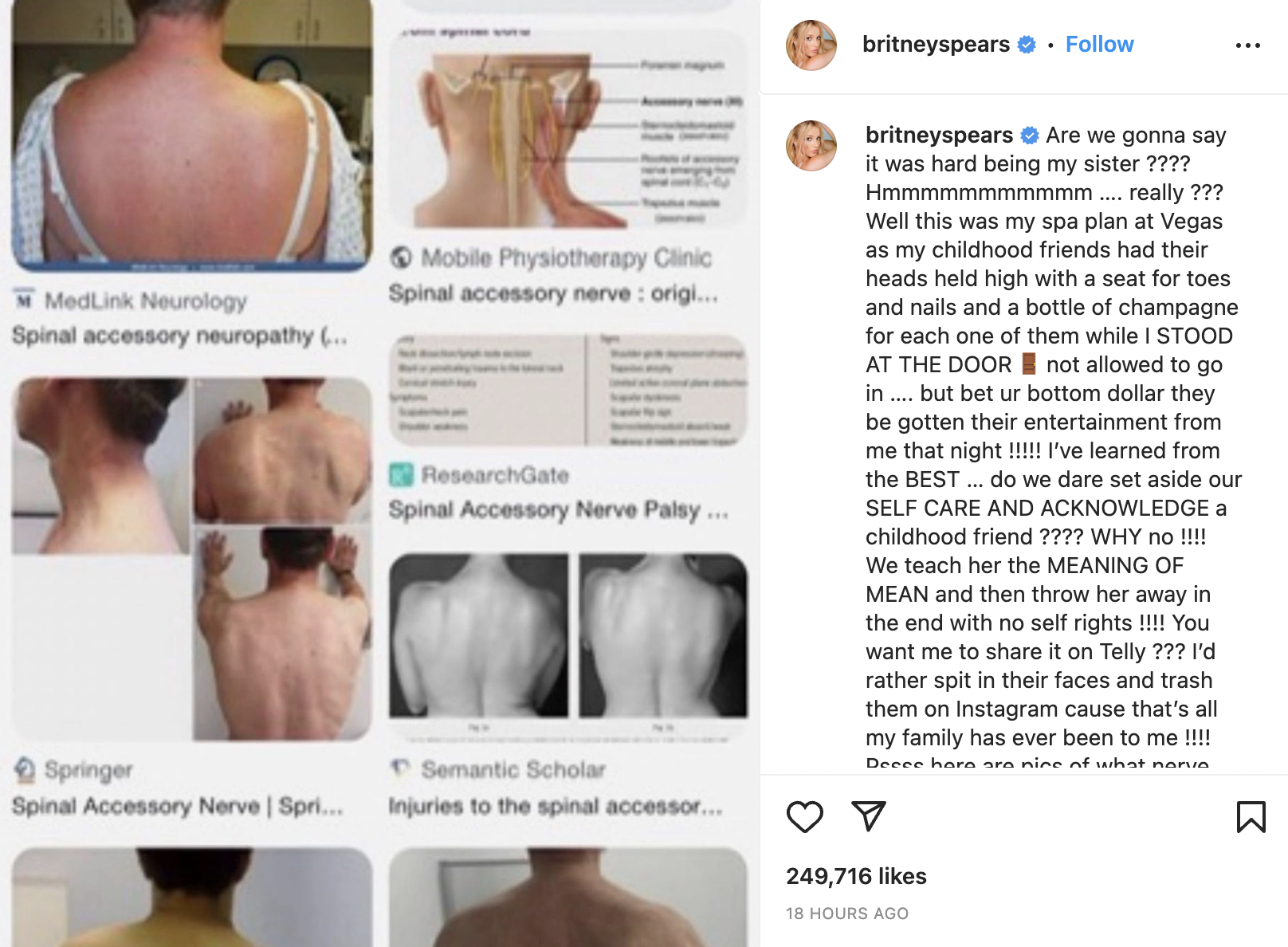 Check out some of her words directed at Jamie Lynn featured in her captions, below:

“Not a victim story or crying about it because I was never a big deal … I sat in a chair for 10 hours a day and no rights for 4 months !!!”

Brtiney doesn’t seem to be happy about Jamie Lynn breaking down on television about their supposed relationship. As outlined in the above social media posts and mentioned here Britney stated: “that she would rather ‘trash’ her former friends.” She also went on to dictate that “she could not even own her own name for over a decade.”

The star was seemingly blown away by her sister Jamie Lynn’s claims and accusations.