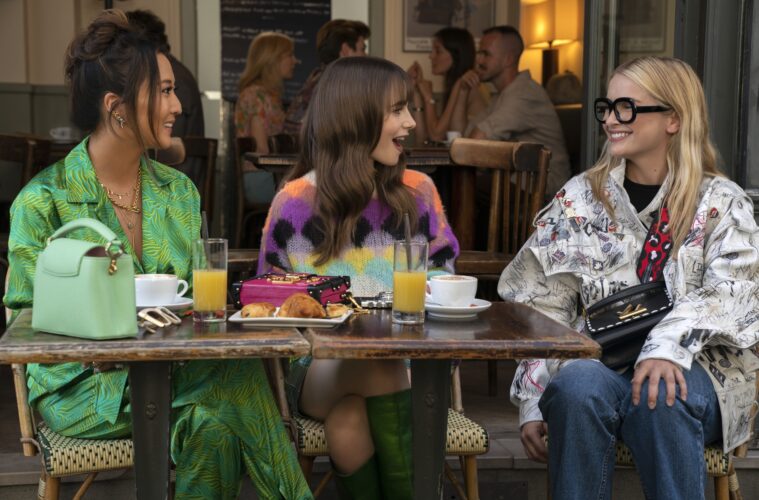 French model and actress Camille Razat is better recognized as her namesake Camille on the Netflix hit series, Emily in Paris. She plays the French cool girl who welcomes Emily (Lily Collins) to Paris and turns out to be Gabriel’s (Lucas Bravo) girlfriend. This love triangle gets complicated as the seasons go on.

Season 3, which premieres today on Netflix, picks up with Camille still dating Gabriel, after breaking her pact with Emily. Meanwhile, Emily is at a crossroads in her life, having to make crucial decisions about her future – and she’s dating the new Brit Alfie, played by Lucien Laviscount.

Ahead of the season premiere, I spoke with Camille about the evolution of her character, the friendships and fashion on the show and French-North American culture clash that has everyone talking. 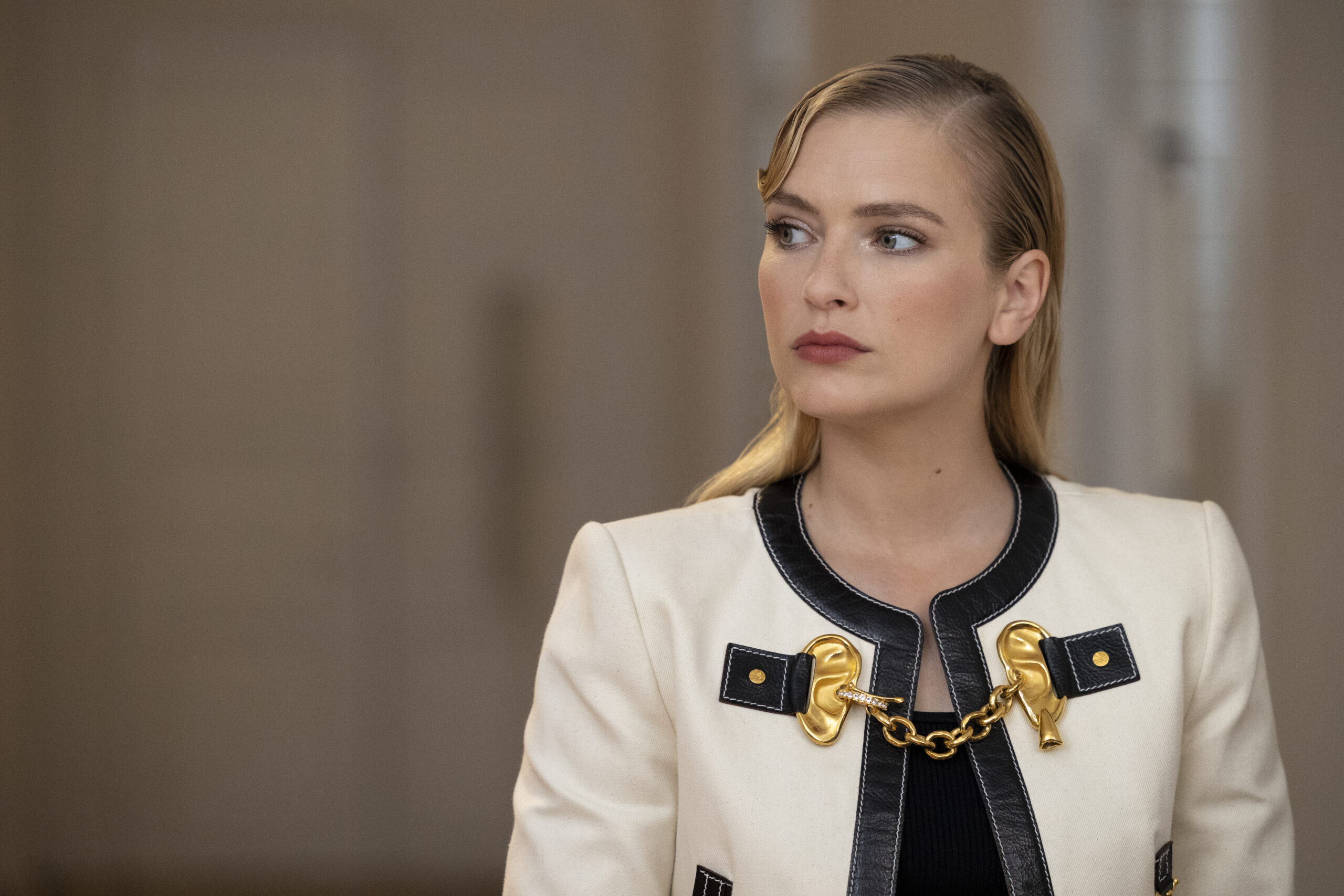 You are in one of the most successful shows on Netflix. How has your life changed being a part of it?

It changed pretty much everything, to be honest. Careerwise it didn’t change a lot of things. I didn’t have more casting in America because I don’t have an agent there. But in my daily life, of course, like people recognize me, s. I was able to buy a place for myself. I’m starting a production company as well. Oh, so yeah, it changed a lot of things. And lots of things.

Why do you think the show has resonated with fans around the world?

Well, I think first of all, it was aired during the pandemic. People were really in need of something beautiful, joyful, colorful. Lights. Yeah. And also Paris is like the most beautiful city in the world. So of course, people were happy to see Paris. I think that really does help people during that moment. Yeah. And also the fashion I think the girls will for sure…they’re all the good ingredients: fashion, Paris, love and drama. I mena, even me, I love that show. Watching it is like a treat. It’s like candies. You can’t stop eating them. Also, it’s Darren Star’s universe. Everything he does is iconic. I think he has this magic recipe.

Speaking of which, last season Camille broke the pact she made with Emily and dated Gabriel. HOw has her friendship evolved with Emily this season?

I didn’t think with the pact that she did it to hurt Emily. I think she did it because she thinks that she wants Gabrielle. She did it out of love, I believe. And she tried to fix things with her boyfriend. But that was a little bit sneaky, I must admit and with Emily I think she’s trying to fix their relationship and trust each other again, which takes time.

How do you think that the show best portrays female friendship?

If every character is a little bit of the actor who plays them, how much of yourself do you see in her?

We share the same name and it’s confusing, and my second name is Emily (laughs) Differences. I’m more straightforward than Camille for example, that pact story, I will never ever do that to a friend. I would just talk to her and say, Okay, what’s up? How do we solve this problem? Communicating more than Camille the character. I have some similarities with Camille, she’s a self made woman and I am too. Camille, the character who could have easily worked in the family castle in the champagne industry, that would have been like the easiest way, right? But she chose to be in the art world. And that’s a very tough industry, but she’s choosing to choose her own paths. And she’s a boss, and she and I do believe I do think of myself as an entrepreneur. And soon, I hope, a producer. 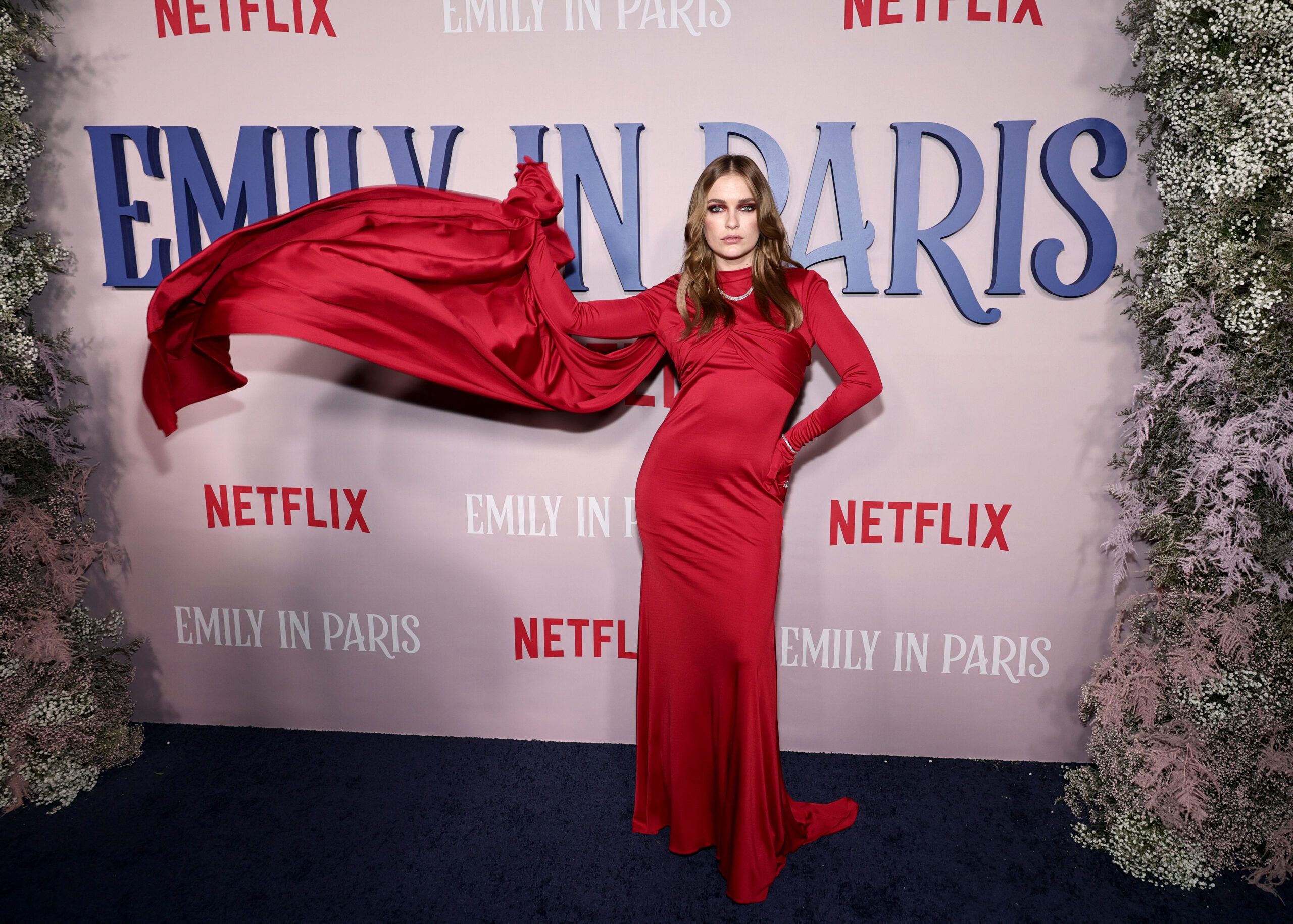 How would you describe Camille’s sense of fashion and how different is it than your own?

I guess I’m more quirky. I think I’m more edgy and bizarre. For example, right now I’m wearing heels with thick socks. It’s odd, but I love it. I think Camille’s character is more upper Parisian. It doesn’t really mean anything, but she’s more classic. Even in this season, she’s going a little bit more wild as her character and her storyline gets more wild. In my daily life, I barely wear colour. I’m more like Wednesday (laughs).

Your favorite outfit this season?

It’s the Prada dress, but if I have to pick another one it’s a young designer that came from my hometown in Toulouse. It’s a huge trench coat in latex. It’s giving Matrix vibes and I’m into it.

Well, it’s true. Our offices just open at 10am. We are able to drink alcohol before lunch. That is so accurate. The show is a heightened reality. We’re playing with cliche, right? It’s not meant to be logical, right? It’s meant to be like something fun. Yeah. But it really does have some points that are very accurate for the office and alcohol. Cigarettes for lunch. This is pretty accurate.

I love that the show promotes work-life balance as the French have a different lifestyle.

I think that’s so accurate. And that’s very true. We work hard to spend the money and to have moments. We don’t work to be like the best at our job necessarily. I’m not talking about everybody, but like, mostly, we’ve worked to live. Yeah, that’s the perfect segue.

What would you like to see ahead for Season 4 with Camille’s storyline?

Well, this season was pretty much what I wanted to see in a way because I wanted more representation. I’m not gonna spoil it. But you know what I’m saying. So I’m very very happy with that storyline this season, because I think she’s getting even more complex and as an actress, it’s just pure joy to play a character like that. So for the next season, I hope that we get to see more of her work side again, because I kind of love being at the exhibition and explaining pieces and all. I hope that Emily and Camille will warm up to each other so more friendship I would say less boys, more girls.

Congratulations once again and hoping for more next season!

Thank you. That was a very nice interview!