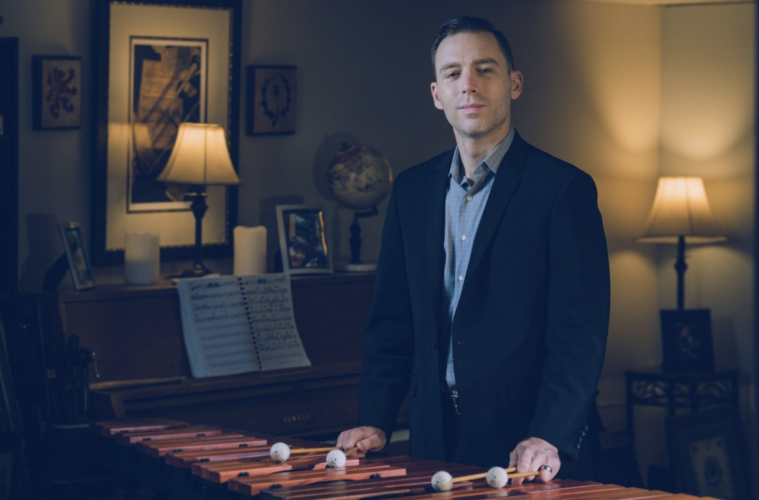 Colin Bell has a lot of music-related stories to tell from his decades-long career as a composer, arranger, music teacher, and percussionist. But lately, his most interesting recounts have to do with the movie industry. Colin recently got his big break into movie scoring with Bezos, directed by Khoa Le – a biopic that chronicles the life story of Jeff Bezos, as he embarks on his mission to create what would later become an e-commerce giant and one of the largest companies in the world, Amazon.

Colin had a blast collaborating with visionary director Khoa Le, and working on this project reinforced his deep passion for film scoring as a form of artistic expression. Since Colin’s whole life has revolved around music and he’s now following the roadmap to success in film scoring, there could be no better person to take us through some of the best scores that have graced the silver screen.

So, for anyone who has an interest in music in general and awesome movie soundtracks in particular, you’re in for a treat. Colin shared with us his top 5 independent movie scores of all time and you should definitely check them out.

The first one would be Get Out, a Jordan Peele movie, scored by Michael Abels. I love this movie. It kept me on the edge of my seat the entire time I watched it. I guess you could say it was a different kind of psychological horror. It really avoided the clichés that you would come to expect but still leaned on some classic scares as well. Michael Abels is a composer I look up a lot to, not only because he’s an amazing composer but he has a background in being a music educator like I do. He only recently came into film scoring later in his career, as I did. That’s a very inspiring thing for me, to see someone do that. I would love to follow in his footsteps.

What I love about this score is that just about everything is organic – all the sounds are organic, with acoustic instruments, they really didn’t lean on electronic instruments. The string orchestra is the prime vehicle of the film. There’s no brass, and as far as I can recall there’s a flute solo or two. So, it’s just the strings and then percussion elements and a harp. It’s pretty stripped down if you think about it, and yet the way he’s able to write horror with those elements is extremely effective. The way it’s recorded too – the strings are very present, a little drier than I’m used to, and they feel like they’re right in your face as if you were sitting right in the string section as opposed to the strings being a little further back. You can really hear the roughness of the bowing which gives it this exposed kind of sound that compliments his writing really well. And then his use of voices – he has this quasi-gospel vocal style that he uses in a haunting way. He had singers sing in the Swahili language in a way that was a little unsettling, and it tied together with the cultural themes of the film. And the film itself with how the jump scares were handled, I didn’t see them coming.

Overall, it was a wonderful organic score and it was very new and fresh even though it used all organic string elements. I loved the commitment to the organic elements which is a compliment to his background. Michael Abels wrote concert music prior to this, so it was cool to see him transform his concert music style into film. It’s clear that he and Jordan Peele have a really unique relationship. They did Us (2019) after that, and now they have Nope coming out. It’s like a new style coming out of both of them, so that’s definitely a top-notch indie film I really like right now.

This is one of the most unsettling films I’ve seen in my entire life. I’ve only managed to watch it once because I can’t bring myself to watch it again. Mica Levi is classically trained but she also has a career as a musician In England, performing in a band called Good Sad Happy Bad. The score consists of her playing the viola in a very unrefined way and she uses all these different kinds of “bad” miking techniques to get a really eerie sound. And then she plays with speed distortion with the viola, and it’s the creepiest, most unsettling score I’ve ever heard. I can’t think of a single score that’s more unsettling than this one.

After I saw the film, I think it was stuck in my head and haunted my dreams for a week, and every time I go back and listen to the soundtrack it brings back the feelings that I got when I saw the film a while back. It’s the most effective and unique score I’ve ever heard. Scarlett Johansson plays an alien that preys on the human race, and the way they filmed it looks alien – most of the people in the film in Scotland were not actors. The Scottish accent is very difficult to understand, so even the people sound alien. And this soundscape she created, playing the viola, stretching time, and doing all these production techniques, is simply really creepy. I could not have imagined a different score for this film. It’s just iconic to me in terms of creating a unique atmosphere and I don’t know if that could ever be replicated again. 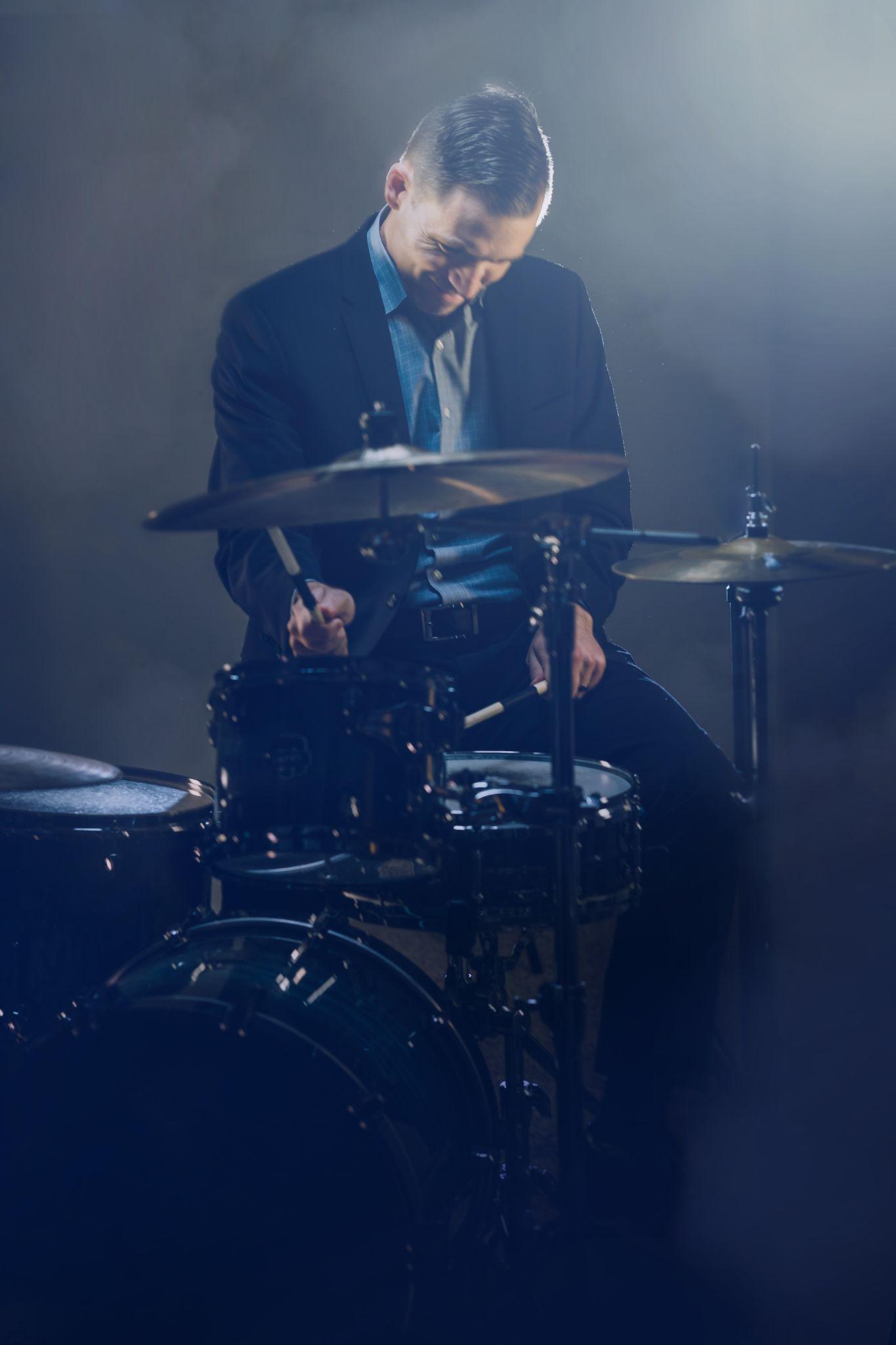 I’m a big Alex Garland fan. I like a lot of his movies and I enjoy the soundtracks and scores he does with Ben Salisbury and Geoff Barrow. I really loved the score and the pacing of it in Annihilation, which also has an awesome female cast. It’s very minimal upfront. They wait to lean in on the score towards the back part of the film, once they’ve reached a certain point in the development of the story. The electronic elements are eerie.

The film itself is very unsettling. Psychologically it messes with you a good bit. And it’s also unique because they make use of two pieces of music outside the score. They have this tune called Helplessly Hoping by Crosby, Stills & Nash which has this guitar pattern that is used as a theme to remind the characters of home and humanity. Then there’s a tune by Moderat called The Mark which is a very unique piece of electronic music that’s used later in the film for the alien space. So, Ben Salisbury and Geoff Barrow kind of reverse-engineered the score from that piece of music by Moderat and then weaved early hints of the theme in the front of the film.

And again, this is a film that I’ve watched maybe twice because it’s extremely unsettling and when I hear the music to it alone it conjures up those feelings again from the film. Even when the music elements are just a couple of pad notes, it’s still so effective storytelling-wise that it just blows me away how the soundtrack alone can pull me back into the environment of the film without even having to look at it.

I’m going to stay on the Alex Garland train. I love this film for a number of reasons. I’m a huge science fiction fan, anything from Star Trek to this kind of film which is like a real-life look into the future and what’s possible with AI. The way the movie was shot is amazing. There were only a few cast members in the entire movie and the whole time you’re just enthralled with what’s going on. You’re on the edge of your seat even though the energy level for the most part is low but it’s very mentally engaging.

Their score to this is really minimal. It has beautiful ambient electronic textures. I really love the main theme for Ava, which is the main AI character. It’s minimal and beautiful; it has a very simple melody to it, yet they manage to somehow still hint slightly that this is an AI, a machine, and not a human being. You can get that from the theme without it being obvious. There’s only really one or two moments in the film where the energy and the tension really ramp up and they use rhythmic pulsing in a way that you don’t hear in the rest of the film.

Again, it’s minimalism and making the right choices at the right moments. I can listen to the soundtrack on its own and fully enjoy it. That combined with the shooting style, the way they do the camera work, and the way they tell the story is just amazing. I find that the director-composer relationship between Alex Garland, Ben Salisbury, and Geoff Barrow is really cool.

I would say this was a trendsetting score. It’s composed of amazing beds of sounds and textures that weave in and out of each other and keep you in this unfamiliar place where it doesn’t even really develop anywhere yet it’s intriguing the whole time. It matches the aesthetic of the film – the action is set in a weird place where strange things occur and the characters are not sure where they are. It’s a very alien kind of place and all these weird psychosocial things are happening to them. And the music pulls you into that mentality through beautiful beds of sound, minimalism, and interesting rhythmic layers. Cliff Martinez uses very interesting timbres, aside from the electronic components, like different metallophones, and big steel drums. I feel like this score has been often imitated but never duplicated. It’s a one-of-a-kind score and it really opened my mind to thinking about film music in a different way. It’s rarely melodic and yet it’s so engaging to listen to even on its own that when I hear it, it pulls me back in the film.

And that’s really the thing with all five films – the music is so intricate and on the next level with the story. This is what drew me to independent films that are a little more artistic in nature. As a composer and a creator, it’s important for me to get in the director’s head, to try to understand their vision and how the music can complement other elements and be a part of the package, not just stand out as its own thing. I find these five films stand out to me the most in that regard.