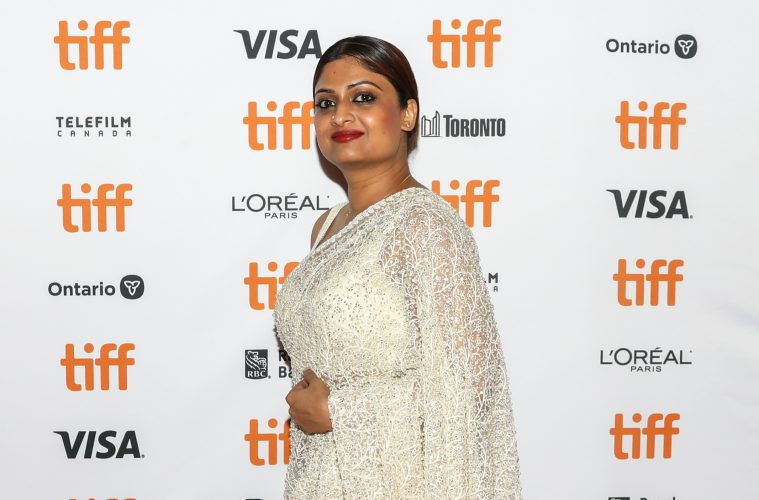 Moothon (English title The Elder One) is an Indian film which had its world premiere at TIFF 19. The movie was in the category Special Presentations, along with biggies such as Jojo Rabbit, The Laundromat, Dolemite Is My Name, and The Lighthouse. 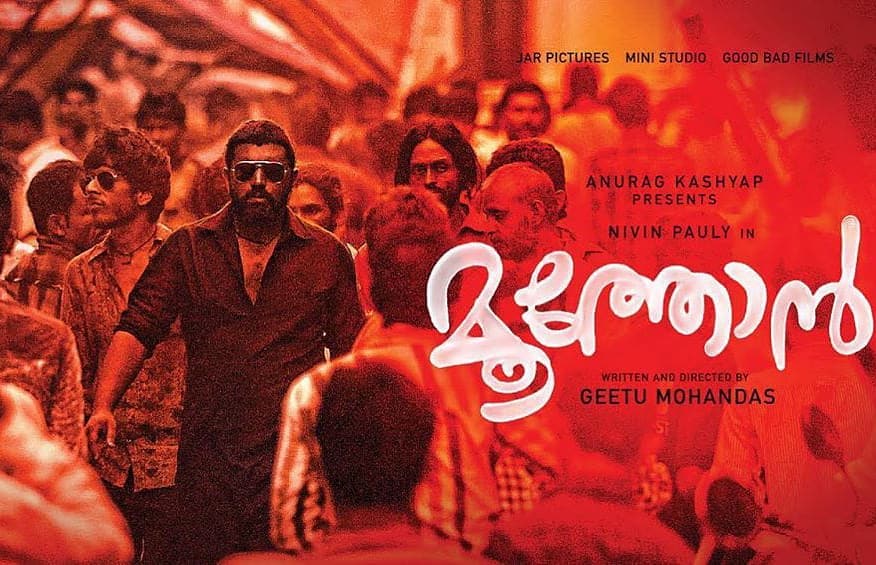 Image: Official poster of The Elder One

The official TIFF summary of the movie says it is “an unsparing yet inspiring vision of Mumbai through the story of two small-town siblings, each with their own reason for escaping to the big city, in this urgent drama pondering gender, sexuality, violence, and tolerance.” It’s a bilingual film (Malayalam and Hindi) shot in the picturesque locations of the Lakshadeep islands, off the western coast of India, and the gritty underbelly of the Mumbai metropolis.

Geetu Mohandas is an acclaimed filmmaker and actress from the Malayalam language industry (aka Mollywood) in Kerala, India. The industry is going through what is being called as a ‘new wave’, attracting global attention and forcing the world to look beyond Bollywood for Indian cinema. Jallikattu and Chola, other films from the industry which premiered at TIFF and Venice Film Festival respectively, along with Moothon, are testaments to that.

After the world premiere at TIFF, I had the chance to speak to the director over the phone. Here’s how it went.

What is it like being part of a movement that represents/introduces Malayalam cinema to the most premium of film festivals such as TIFF and Venice?

It’s amazing that three films from Malayalam are hitting the international space in the same year. I think it’s a great time for cinema from that particular region, when filmmakers are exploring new avenues, and people are understanding these huge platforms back home. What are the chances of two films from a small industry like Malayalam premiering at TIFF at the same time? It’s exciting that it all happened together.

How has the response been to Moothon at TIFF?

It was an exhilarating experience. To have your film premiere at TIFF itself is a big deal for any filmmaker. It’s an amazing platform that gives you so much exposure. And the overall response to Moothon has been great! 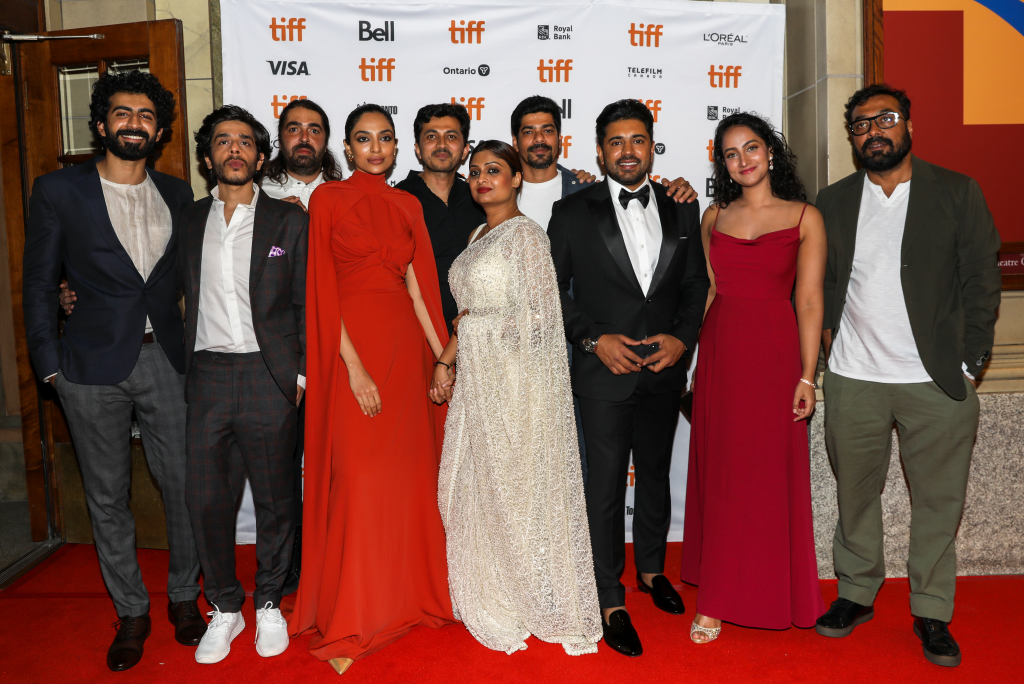 What was your point of inspiration for the story of Moothon?

To be honest, I don’t really know. My answers are always different when I think about it. There is no one particular point of inspiration that comes into my mind. It was a very organic process. I didn’t start off to make a film on a particular topic; it didn’t happen like that. Maybe it was from something I was observing or something I’d read.

I don’t remember the exact point but it germinated in the course of time. It materialized into characters, it became plot-driven, and then it became about the space that the characters occupy and go to. I just stayed true to that story.

How did the selection to the Sundance Screenwriters Lab help you in the scripting process?

My first film Liar’s Dice had its premiere at Sundance festival in the competition section. With it, I was exposed to the people behind the lab and got the chance to meet them. They felt very intrigued by the plot of my next venture and asked me to send the script over. They choose a few scripts from all over the world to be given guidance, a sort of mentoring process. I was lucky to be part of the lab of 2016. The lab helped my script evolve. They help you in taking your script in the right direction, the way you want to tell it.

Initially, you had titled the movie Insha Allah, which you mentioned as one you really like. How and why did it change to Moothon?

I did really like that title. At some point, I just thought that there shouldn’t to be unnecessary attention or intrigue to the title. I felt Moothon was more apt to the story and changed it. 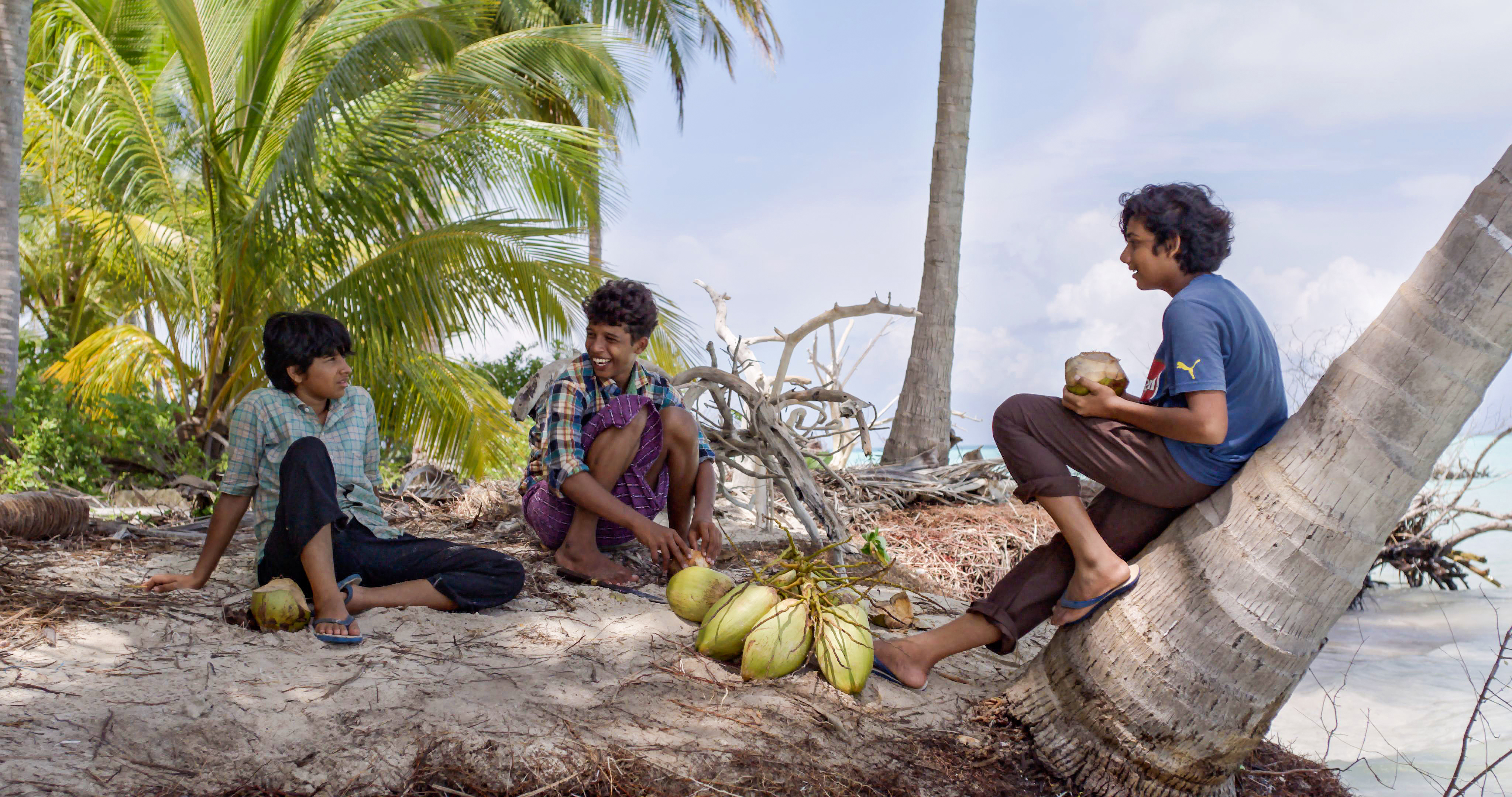 Image: The Elder One

The posters, the teaser, and the overall talk about Moothon were about a gritty, crime story. But the movie is more about love, tenderness, and a drama about emotions. Why such a strategy?

People have different takes and interpretations of the film. It was always about a drama and an adventure for me. In a sense, the story is about a kid’s adventure; the way the kid sets out from a quaint setting to the gritty metropolis. There is inherent drama in the narrative as well.

I think we stayed true to our story in terms of PR and marketing with the film. Also, the lead actor (Nivin Pauly) has a huge fan base in South India. We have to cater to his audiences’ sensibilities as well. So, we tried to bring a balance between the two. The idea is to get the film to reach the maximum audience. We aren’t targeting a particular demographic.

Even though the film talks about various subjects, it’s the tender love that mostly captures the hearts of the audience. What is your take on that?

It was sort of a tricky situation for me. I knew I had a certain responsibility when I tell a story like this. I feel that it’s a timely film, now that the LGBT community is getting the recognition and support it deserves. We have to tell such stories and we have to tell it with utmost honesty. My intention with the movie was for people to see and accept love as love. I think we have managed to accomplish that.

Could you elaborate a little bit about recurring themes of journey and search in Liar’s Dice and Moothon?

I think it’s something that came very subconsciously, it wasn’t planned. It’s when people started noticing and pointing out that I realized it. I feel that when I’m writing, it comes out of my own inner space. It’s possible that I’m searching for something; I haven’t figured it out. 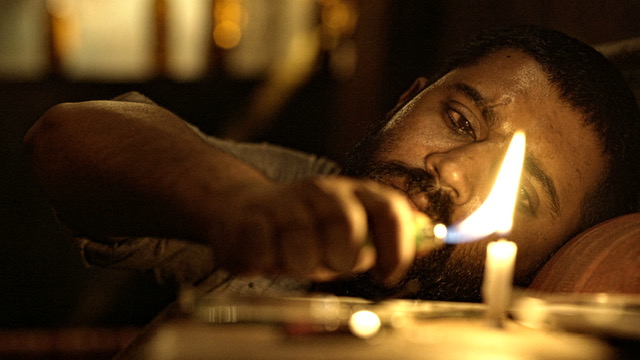 Image: Nivin Pauly as Akbar in The Elder One

Following the themes again, both the films are about displacement and people who are affected by it. Do you think it has stemmed from your own experiences as an immigrant to Canada at one point in your life?

Not really. I feel I was very well protected when I came to Canada. The stories are about the margin of people who are not privileged. Even though we came as immigrants here my father was well-off and he could take care of us.

My movies are about the majority of people who are displaced, a mere statistic for governments – the nameless and faceless millions, in a country like India. They are only thought upon if something drastic happens to them. I think we were among the few who had the luxury to be privileged and chose to be displaced, for a better life. In the films that I’ve made and for the characters, it’s their reality, not a choice.

Some directors are very particular about what the actors must do and some give them a freehand. What’s your style in directing your actors?

I think most directors should have a ‘freehand’ approach with actors. It’s not just about what I write and my expectations from the character. Those elements will be conveyed regardless. It’s more interesting to see how the actors perceive the characters and discover how they bring them alive. When you put them in a costume and explain the plot, it’s fascinating to see what they bring to the table. Mostly, when you put these intelligent actors among real spaces, people, and a narrative, half your job is done. They just have to behave, rather than act.

What’s in store for the future?

My next film is going to be a proper gangster flick. It will be a bilingual film as well, like Moothon. Hopefully, I will try and avoid the cliché of search this time around.

For the latest in fashion, lifestyle, and culture — follow @HOLRMagazine.