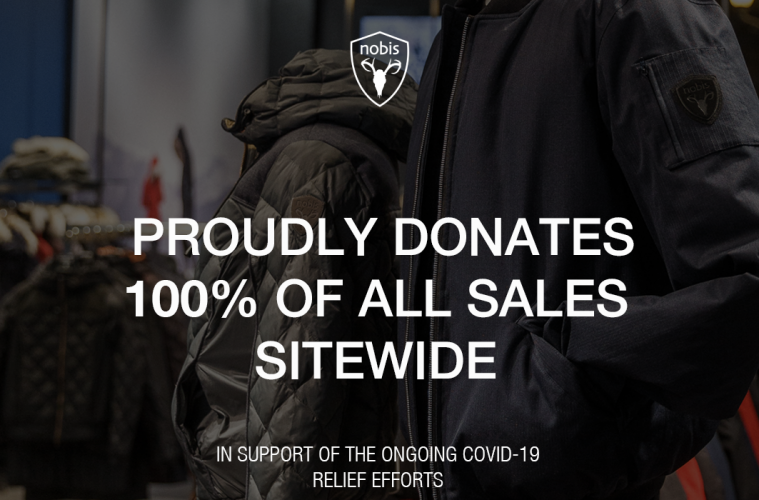 COVID-19 doesn’t recognize countries’ borders. It doesn’t see race, age, or social hierarchy. The virus doesn’t heed its spread because the number in one’s bank account is higher or lower than another’s.

The pandemic has caused hospitals to be overrun with patients, a shortage of protective equipment for those who need it most, mayhem in the toilet paper isles of grocery stores, and a need to practice social distancing.

But, it has also taught us, that even when apart, we are stronger together.

It has shown us, through initiatives like Nobis’, that there is still kindness and compassion in our world. It has shown us the silver lining that is inspiration and hope.

This incredible act has been recognized by many, including Canadian actorRyan Reynolds, who reposted the inspiring initiative on his social media.

“We have always felt that we are citizens of a global community. We travel a lot;  we’re in approximately 40 countries now; and we’re blessed to encounter friends all around the world. For us, the idea of ‘us’ is a global message–and one with the most importance.” – Robin Yates, Nobis Co-Founder & VP. 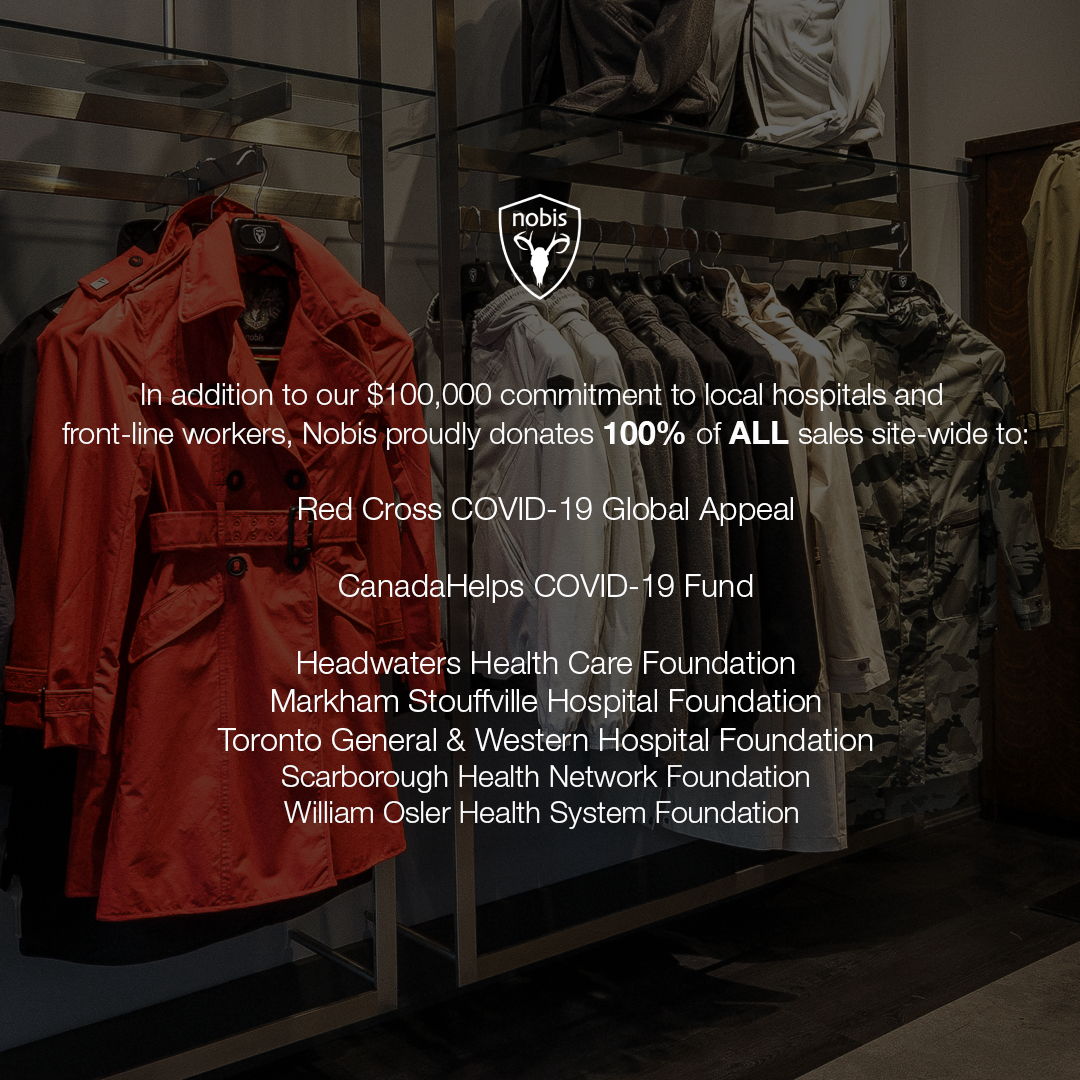 ABOUT NOBIS
In 2007, “Nobis”- Latin for “us” was launched. Nobis is a globally renowned Canadian premium outerwear and accessory brand that embraces the conviction that trends may come and go but style, function and quality will remain forever timeless. Collections are designed for the ever-changing global winters, unpredictable seasonal conditions and the growing need for fashionable and functional outerwear. Under InnoVision Holdings Corporation, Nobis continues to test new boundaries in the fashion outerwear and accessories markets at a rapidly growing rate. In 2010, Nobis was selected as one of the three finalists of the Markham Board of Trade Global Business Excellence Award. Nobis is currently available in over 35 countries, in North America, Europe and Asia including US, UK, Germany, Sweden, Norway, Finland, Denmark, Czech Republic, Austria, Japan, Korea, and of course, our home Canada.

ABOUT SERGE IBAKA
Born in the Republic of the Congo to parents who were both basketball players, Ibaka developed a love for the game from an early age and turned to it as an outlet during the Congo’s civil war. He played at home during his youth and then in Barcelona, Spain, where he was first drafted by the NBA to play for the Oklahoma City Thunder, and later the Orlando Magic. He was eventually traded to the Toronto Raptors in 2017, with who he later signed a three-year contract and won the NBA Championship in 2019. Outside of basketball, Serge Ibaka is committed to helping those in need through the Serge Ibaka Foundation, whose projects focus on health and education for orphans in Congo (working with UNICEF to renovate orphanages, providing healthcare supplies and medical devices such as hearing aids). When he’s not on the court or working for those in need, he enjoys playing Congolese music with friends and developing his personal style.