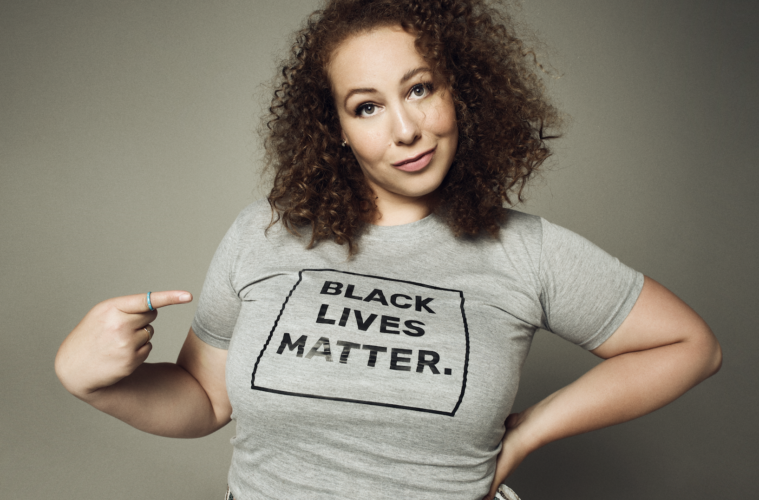 HOLR Chats: Comedic Voice Of The Future Anastasia Washington On Her Career Journey And Breaking Down Barriers

Anastasia Washington is breaking down barriers and stereotypes for BIPOC as a bi-racial film creator, comedian, and curve model. 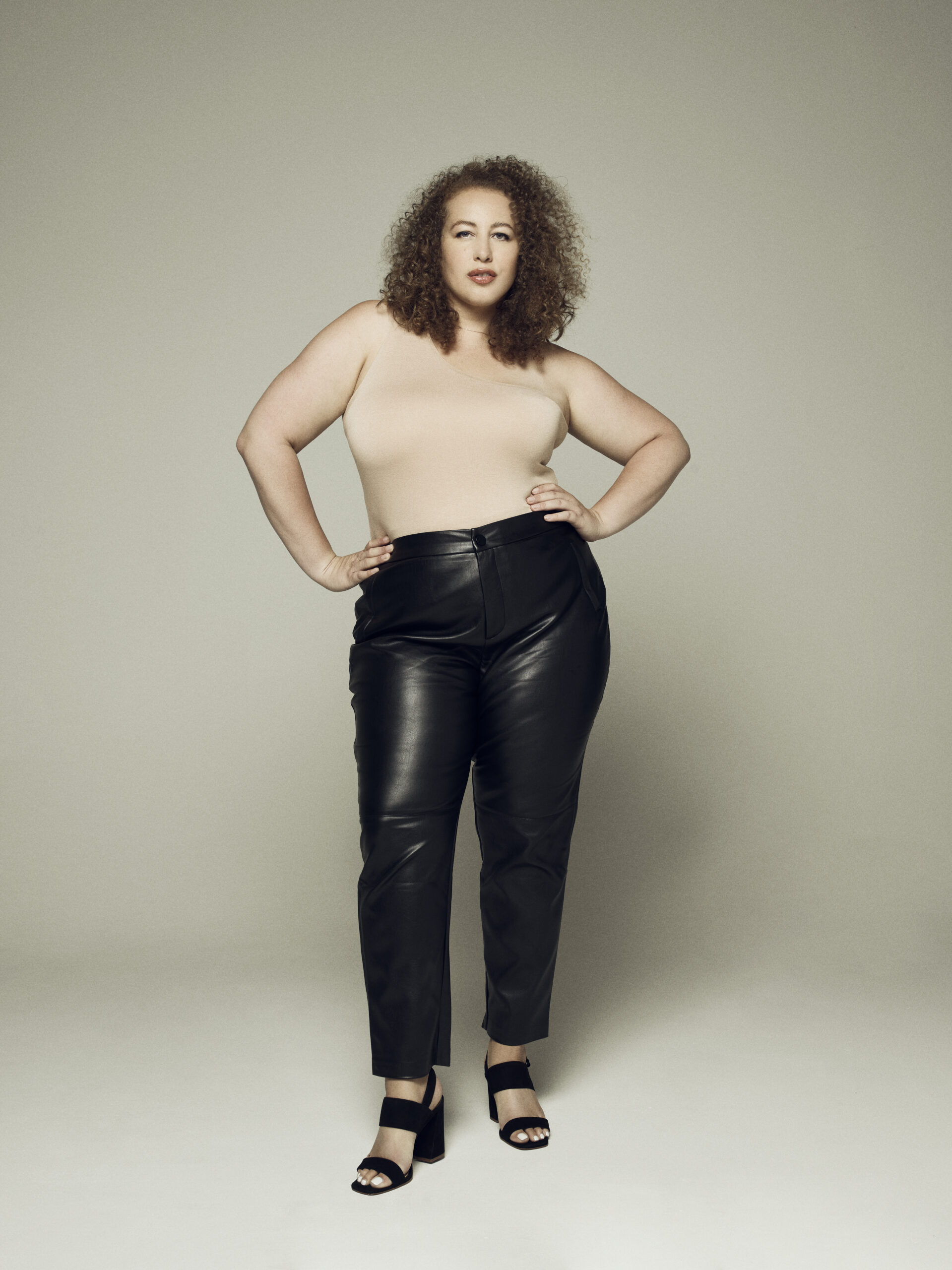 Anastasia Washington is the comedic voice of the future. This is because the successful bi-racial film creator, comedian, and curve model uses her platform to take on subjects like police brutality, eating disorders, and colorism, in which she infuses humor and love into those hard conversations to kick-start them from a more receptive place.

Today, HOLR sat down with the mutli-talented creator to discuss her career journey to date, how she is breaking down barriers and what’s next for her. 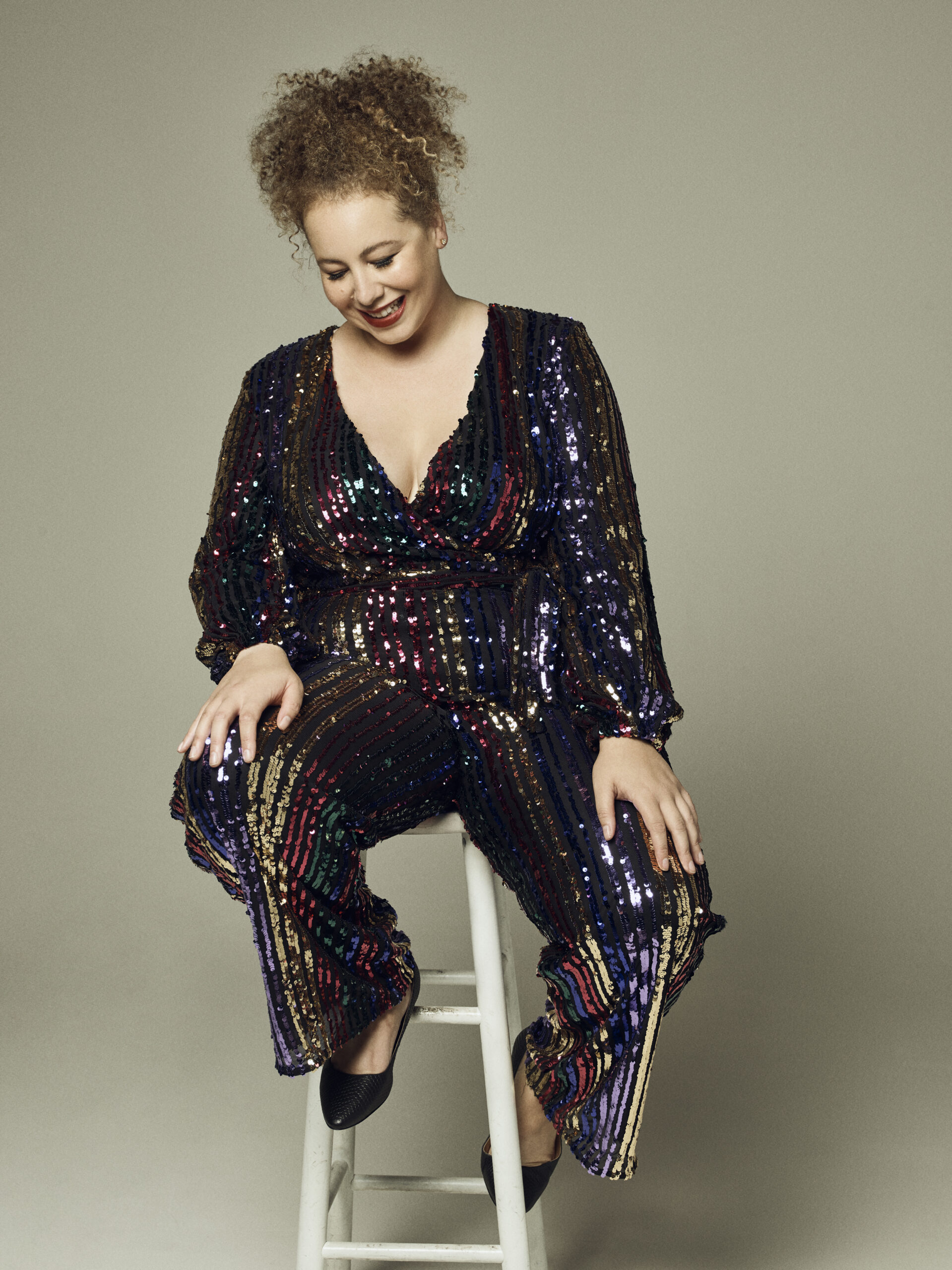 Talk to us about your career journey and how you’re using your voice to break down barriers and stereotypes for BIPOC as a bi-racial film creator, comedian, and curve model.

I started acting when I was pretty young. I was around 3 or 4 years old when I started modeling and acting, and actually singing on soundtracks. That defined how I wanted to be presented in the world of creating my own content. I saw so many people make decisions for me based on my look or what race I looked like- or was- and it became stifling to b ptu into a little box and not be able to represent everything I wanted to represent.

When I grew up I knew that I wanted to be the creator of my own destiny and create films and podcasts, and content that I wanted to see people like me feel comfortable watching. That’s really where my journey started- not fitting into said box. Even size-wise- I’ve always been a tall, athletic, curvy girl, and I’ve always felt like the sassy best friend. To take that narration and decide what that meant for me, meant that I decided to create my own stuff.

As the comedic voice of the future, tell us a bit more about the content we can expect to see from your shows- plus, where will you be performing next?

I just got a cool announcement this week. I have a one-woman show called “50 Shades of Mix: Confessions of Your Ethnically Ambiguous Best Friend” and it’s basically my story from birth to 10 years old. It’s stories and woke lessons, and basically what it’s like to be your best friend who is other than white.

I’ve been touring around and I just got word that I’ll be doing it in South London in October! I’m so excited to be bringing it to the UK. Basically, my message in comedy is always to bring the hard subjects with empathy and humour. I believe that’s the best way to deliver and start a conversation. I learned that very young being in tense situations and making people laugh. It also helps to think about the other person’s side. 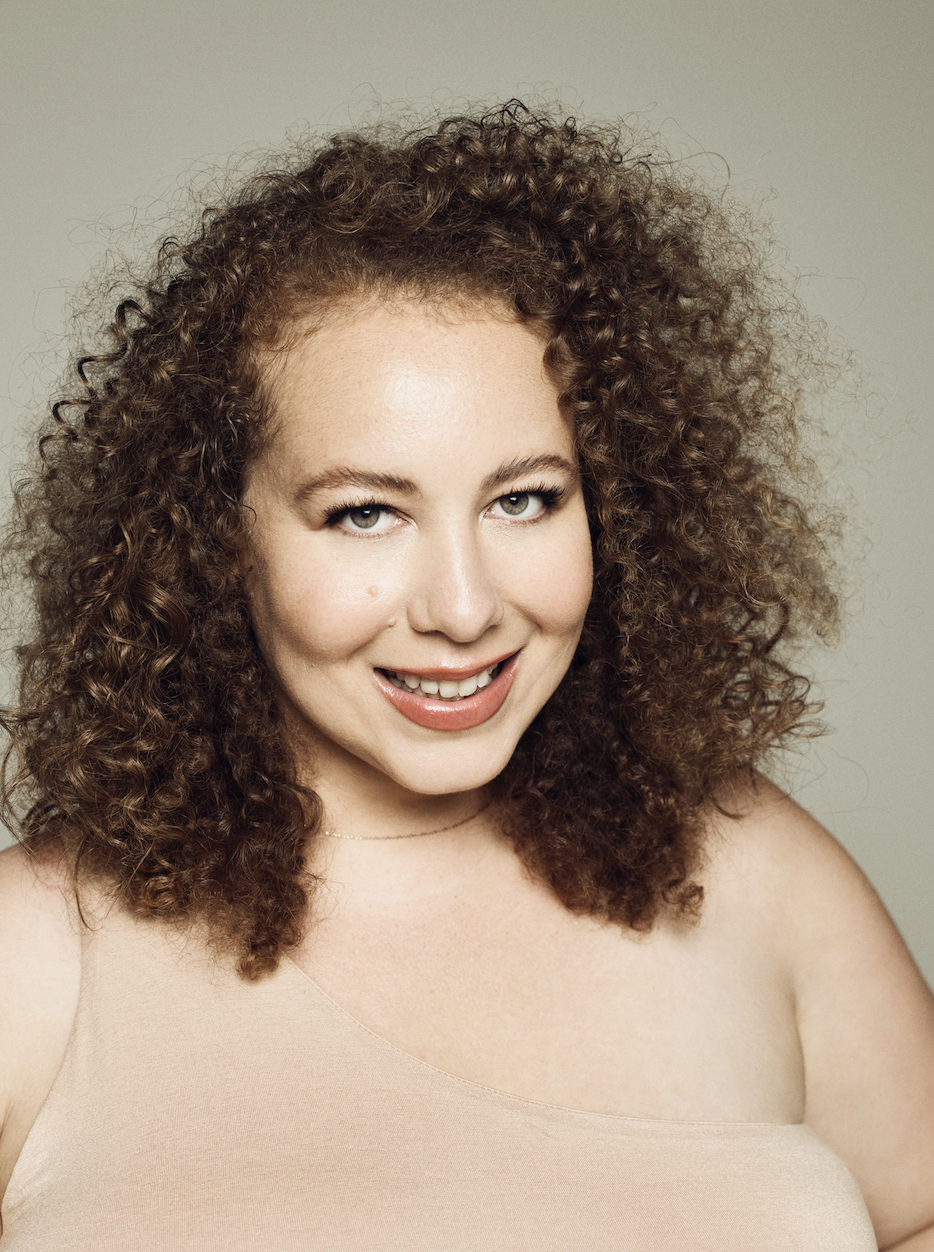 You’re also an established actress and model. What are some productions or campaigns you’ve worked on that you can highlight for our audience?

I mean I’ve been with this one designer for so long- her name is Elhoffer Design. What I love and support about her is she doesn’t care what size you are- she will make you feel beautiful and strong! There’s something empowering about stepping into something that makes you feel like a superhero- I will always be in her campaigns.

I also love all these independent designers that I get to work with. In a couple of weeks, there is a festival here called Midsummer Night Scream and I’m going to be doing some horror-movie type lingerie stuff in the show. I can’t wait to show how sexy and horrible I can be at the same time! I’m super excited because it combines some of my favourite things. 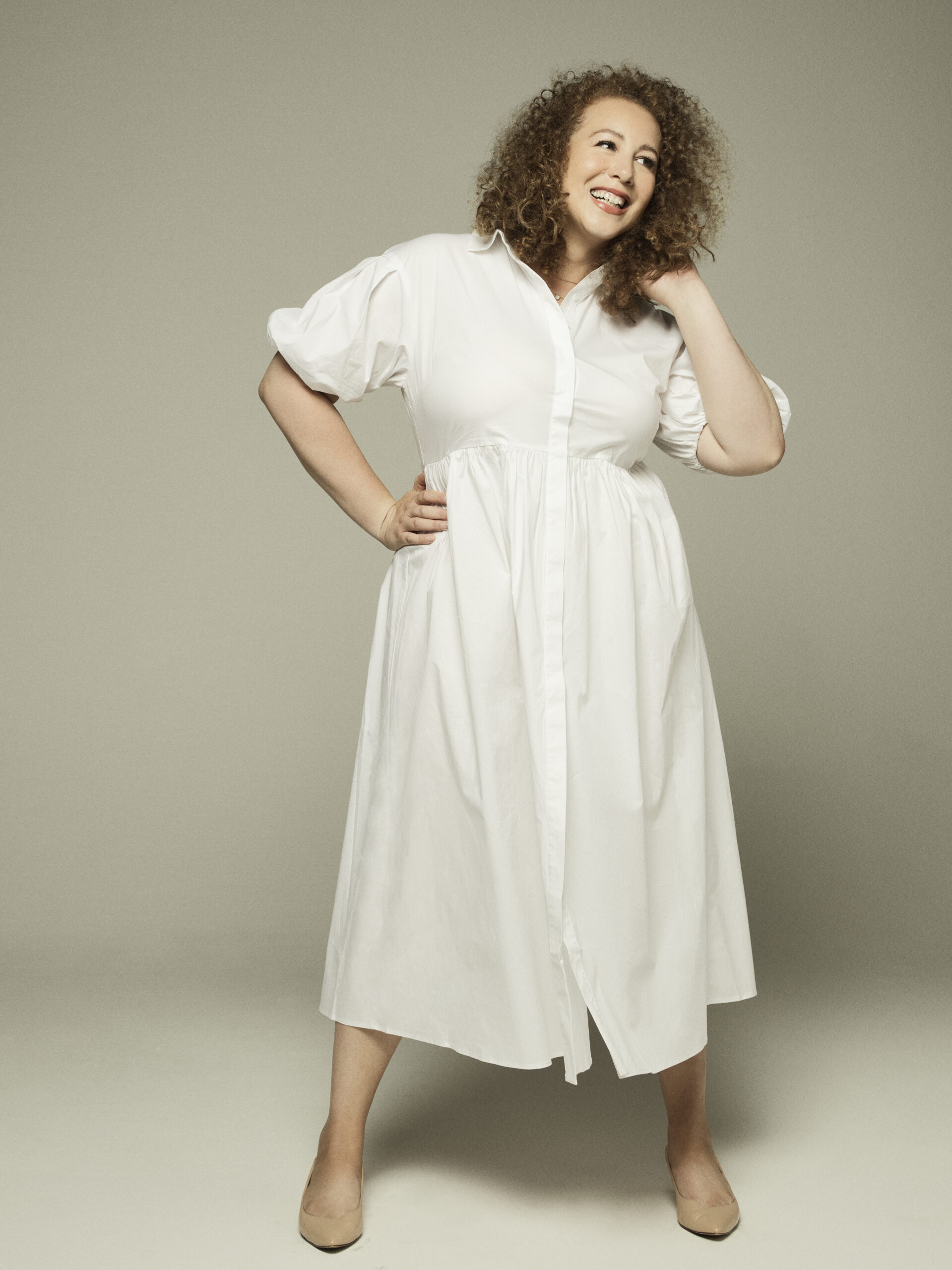 This is an exciting time in your career with all of your upcoming projects- some of which include the self-help book you’re publishing and your new one-woman show at Curtis Theater Amplifies. Can you share some more details on what you’re working on or have coming down the pipeline?

Yes! I have a book coming out called “You Need to Hear This: Self-Help For Those With a Sense of Humour.” I’m leaning into that best frinedn role by telling you some things that you need to hear in hopefully a humourous way to make life a little bit easier for a lot of us. I want to kill that perfection gene that we have in us. I’m a busy body that feels like everything needs to be perfect, but I really want us to be kinder to ourselves and be our own best friend in a way.

I also have comedy meditations I made that you can find on Spotify and Apple Music. I have a few- one about stepping into your ultimate power, one that’s a shoulder to cry on, and one that pumps you up!

My goal one day is have a festival of comedic self-help gurus all over the world come together to make it a fun, healing time!