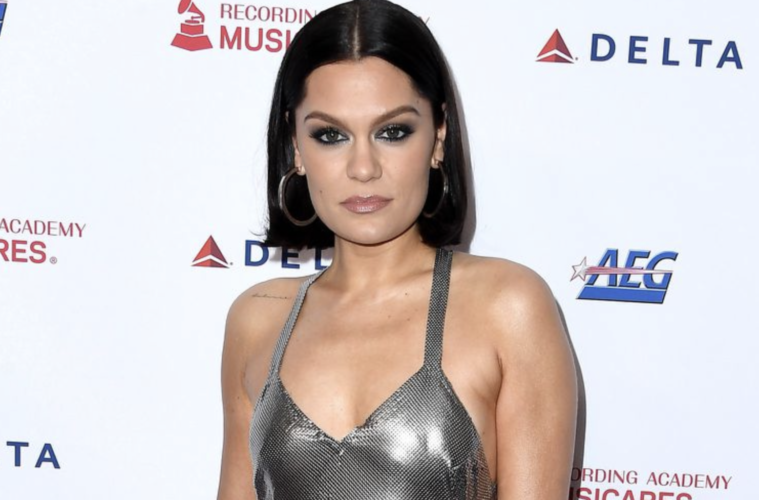 Jessie J is dishing the details of the first trimester of her pregnancy!

Jessie J is pregnant and glowing! The star recently announced that she was pregnant and has now taken to social media to share news of her pregnancy and how she’s been feeling, as mentioned here.

Jessie J posted an Instagram video about how her first trimester has been going to the sound of song Players – Coi Leray. She captioned the video: 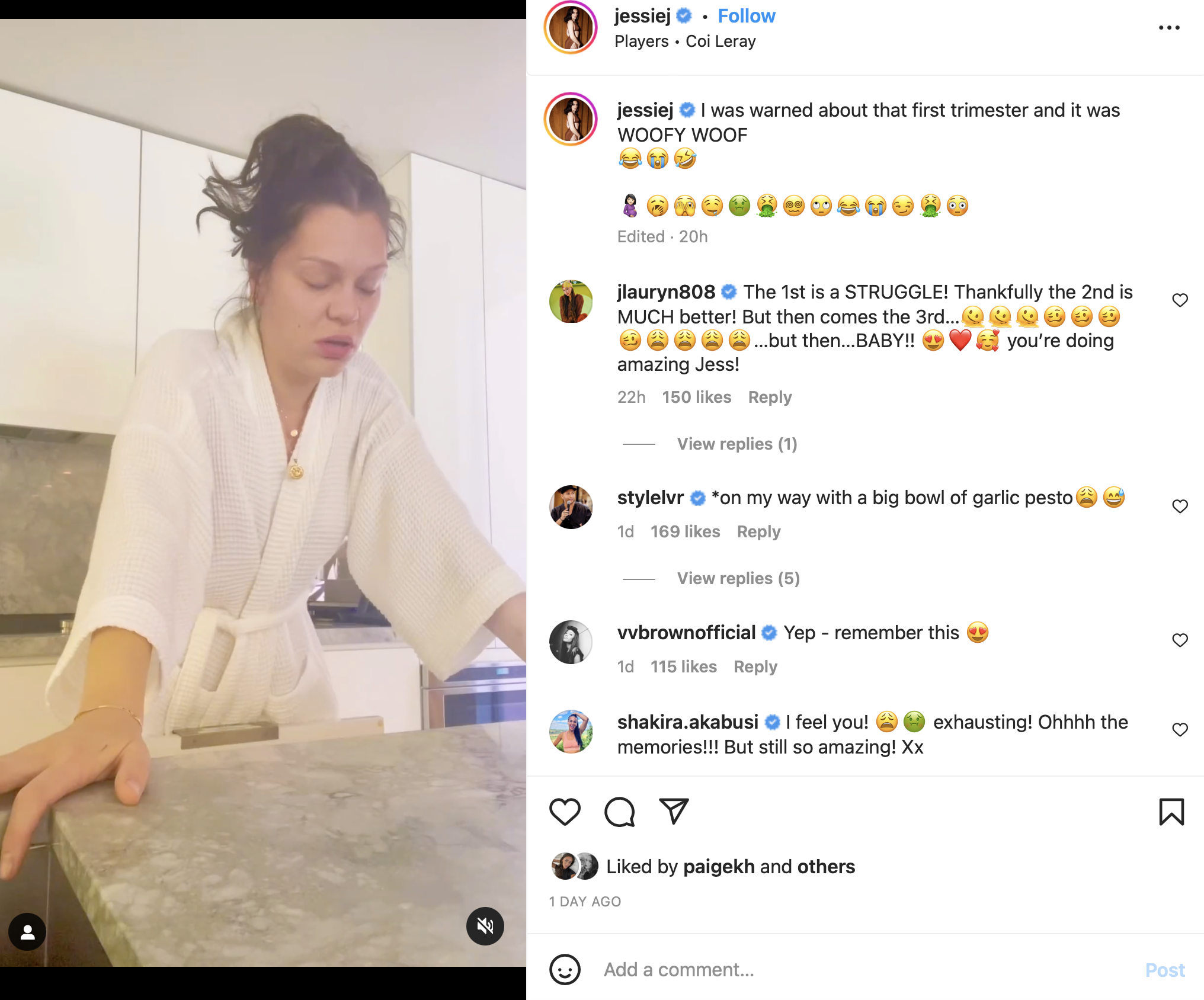 In the video, Jessie J can be seen making faces and feeling sick.

Following this video, Jessie J posted another Instagram video featuring the song Roy Ayers Ubiquity – Everybody Loves The Sunshine with the caption: 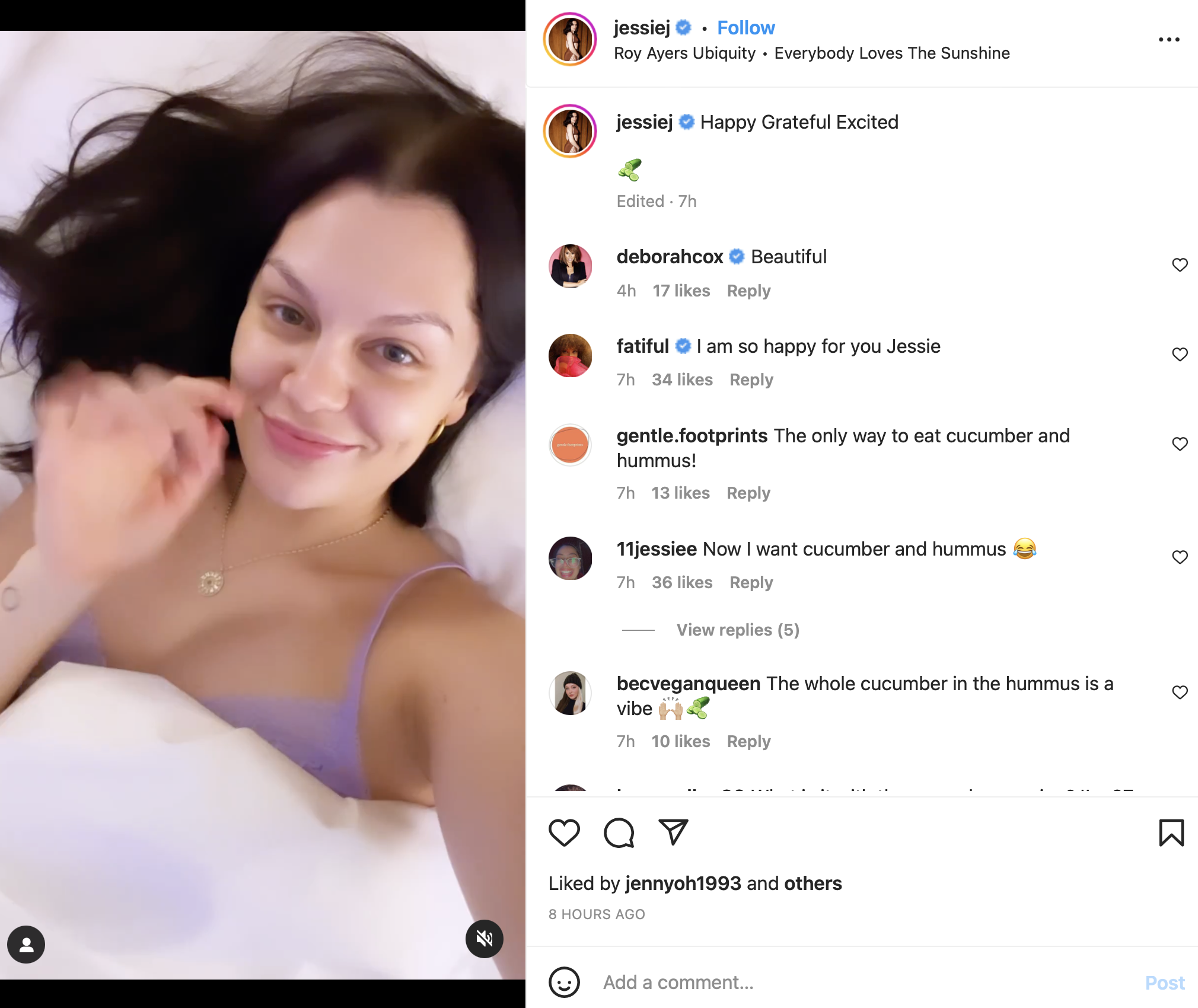 In this video, Jessie J seems happier and can be seen smiling, laughing, and singing.

Jessie J looks super excited to be pregnant and is candidly sharing her highs and lows with her audience.

Jessie J was previously reportedly dating Channing Tatum back in 2018. The two ultimately dated on and off for about a year and a half. They finally broke off their relationship in April 2020. Channing has since been seen linked to actress, Zoë Kravtiz.

As stated here, Jessie J announced she was pregnant on January 6 after admitting that she suffered a miscarriage back in November of 2021. Although she previously stated that she “decided to have a baby on my own” back in 2021, it’s believed that the singer is now dating Chanan Safir Colman.