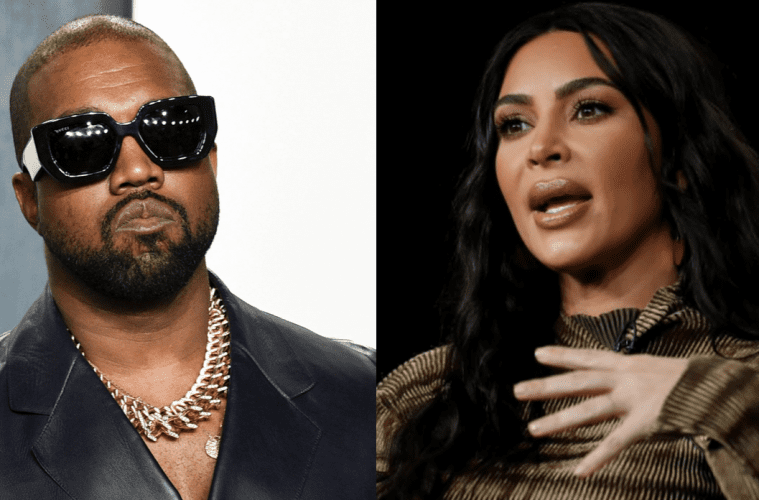 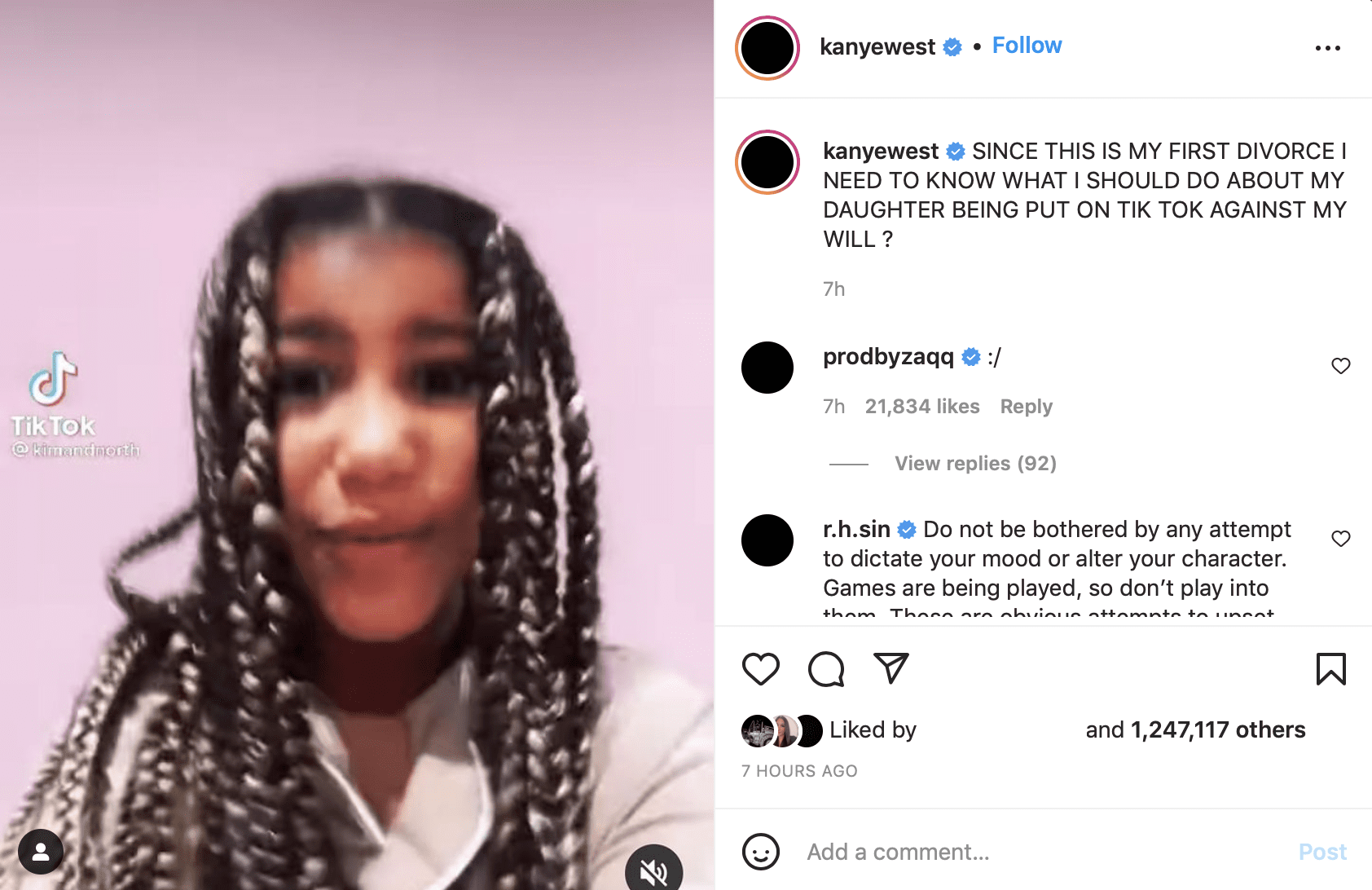 On Friday, Kanye West posted a screenshot of their eldest daughter North on TikTok to his Instagram account.

The caption read, “Since this is my first divorce I need to know what I should do about my daughter being put on TikTok against my will.” The caption seemingly shades Kim Kardashian’s former marriages to Damon Thomas and Kris Humphries.

This is not the first time Kanye has spoken publicly about his disagreement with Kim over their daughter being on TikTok.

Kim and North made a shared TikTok account back in November 2021. According to Kim, North has been active on the account but, with her supervision.

A few months later Kanye told Hollywood Unlocked, “My children ain’t going to be on TikTok without my permission.” 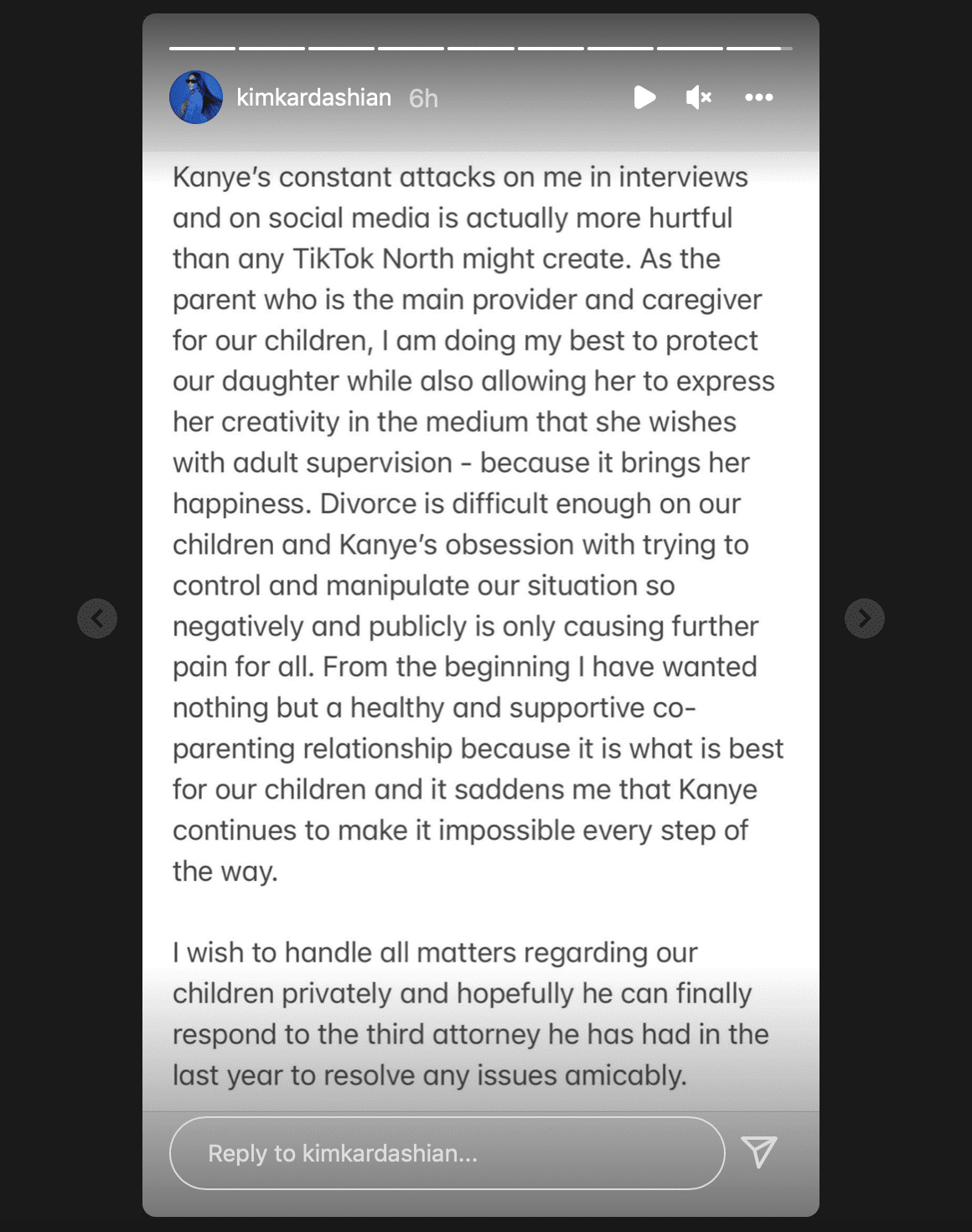 Kim Kardashian spoke out against her estranged husband Kanye West’s recent public ridicule in an Instagram story posted to her account a few hours later.

Kim’s respondence read, “Kanye’s constant attacks on me in interviews and on social media is actually more hurtful than any TikTok North might create,” she wrote. “As the parent who is the main provider and caregiver for our children, I am doing my best to protect our daughter while also allowing her to express her creativity in the medium that she wishes with adult supervision – because it brings her happiness.

“Divorce is difficult enough on our children and Kanye’s obsession with trying to control and manipulate our situation so negatively and publicly is only causing further pain for all. From the beginning, I have wanted nothing but a healthy and supportive co-parenting relationship because it is what is best for our children and it saddens me that Kanye continues to make it impossible every step of the way.

“I wish to handle all matters regarding our children privately and hopefully he can finally respond to the third attorney he has had in the last year to resolve any issues amicably.” 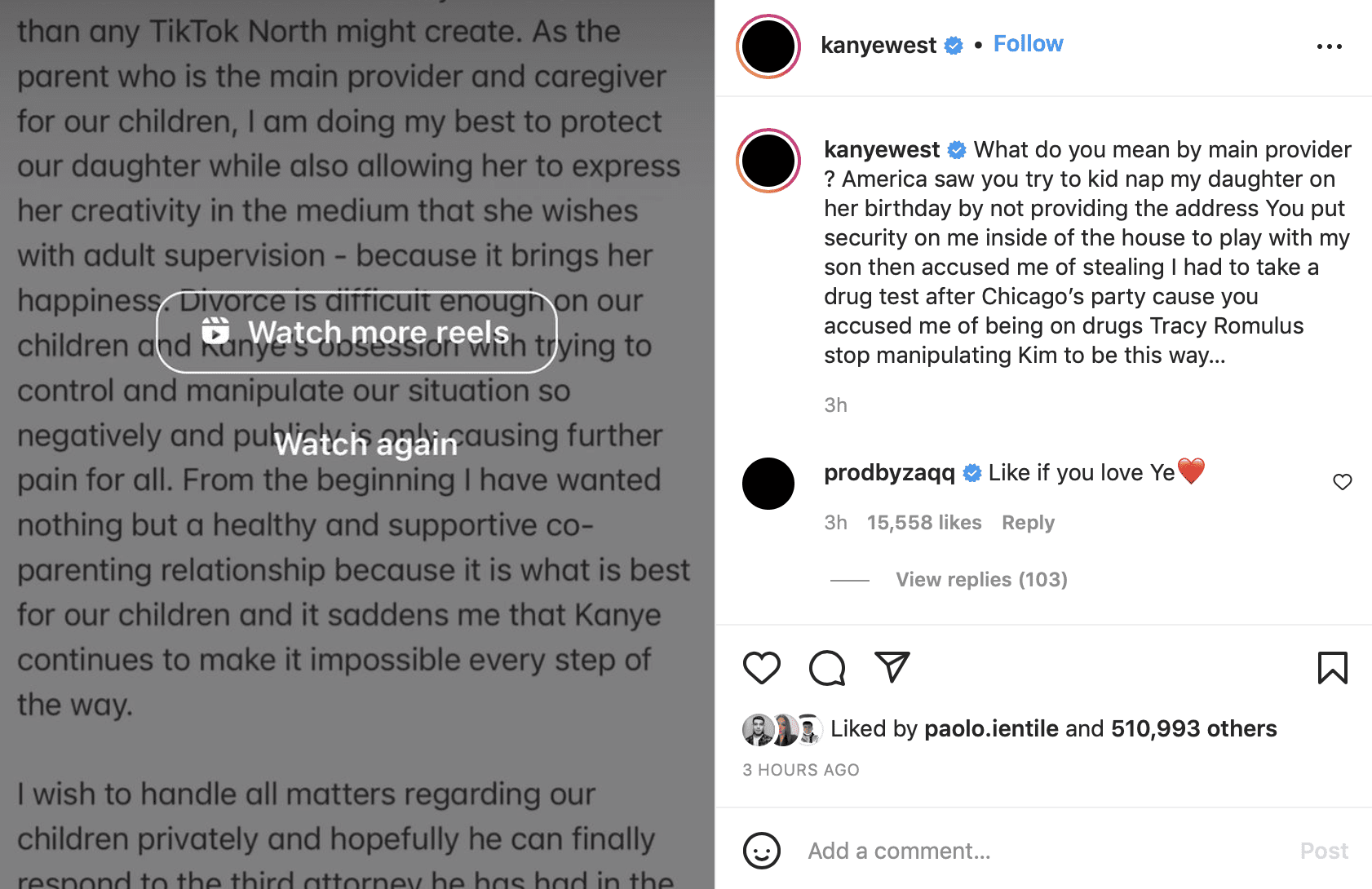 But, it didn’t end there. Kanye responded to Kim in a series of pictures posted to his Instagram, the first being a screenshot of Kim’s post.

The caption read, “What do you mean by main provider? America saw you try to kid nap my daughter on her birthday by not providing the address You put security on me inside of the house to play with my son then accused me of stealing I had to take a drug test after Chicago’s party cause you accused me of being on drugs Tracy Romulus stop manipulating Kim to be this way…”

The caption begins with a reference to Kanye’s last public statement regarding Kim. Kanye claimed Kim had not given him the address to their youngest daughter Chicago’s 4th birthday party during an Instagram live rant.

After his lives began to make headlines, Travis Scott provided him with the address and Kylie Jenner helped him in.

In the latter half of the caption, Kanye slammed Kim’s publicist Tracy Romulus and accused her of  “manipulating Kim”. 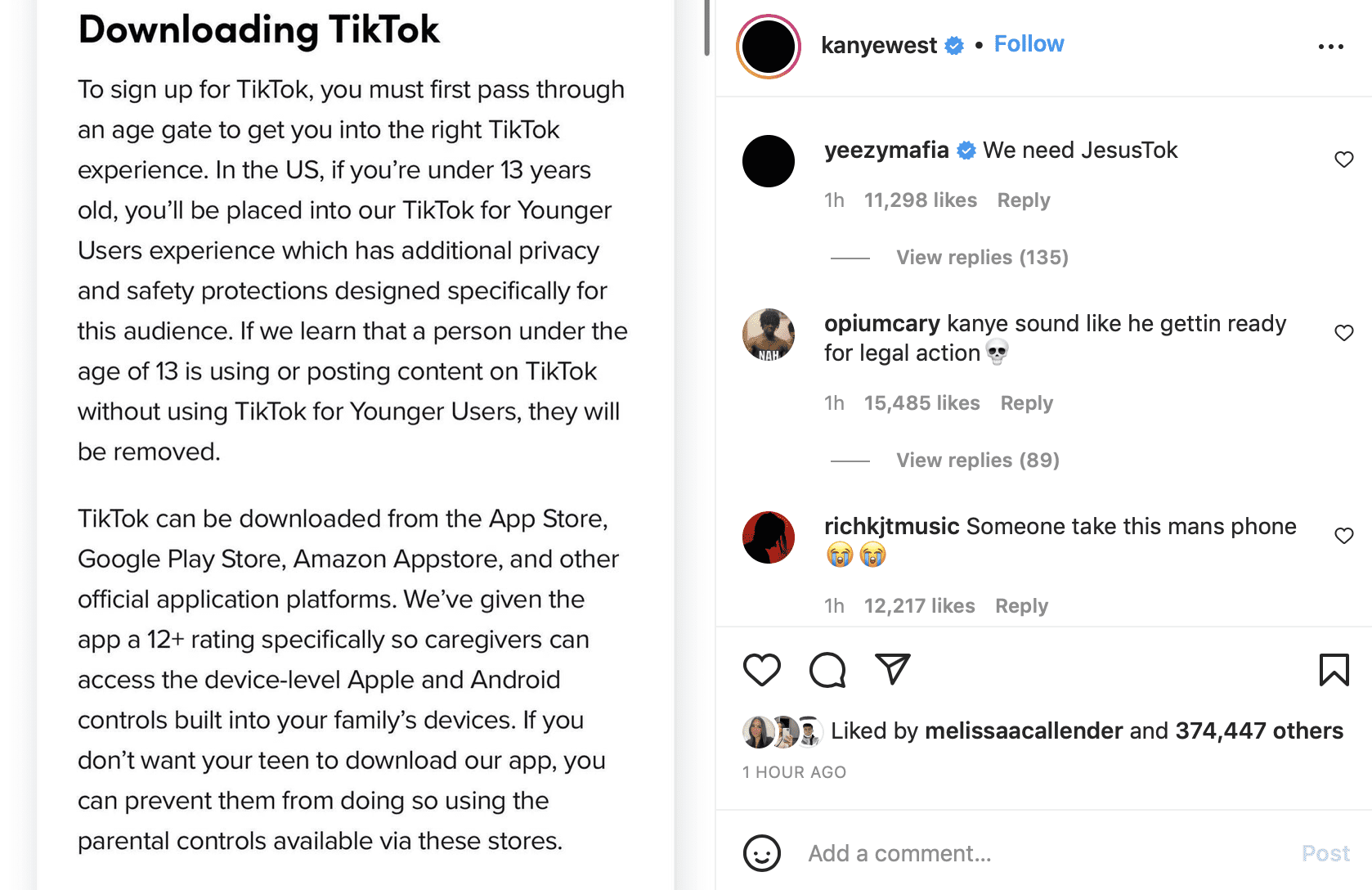