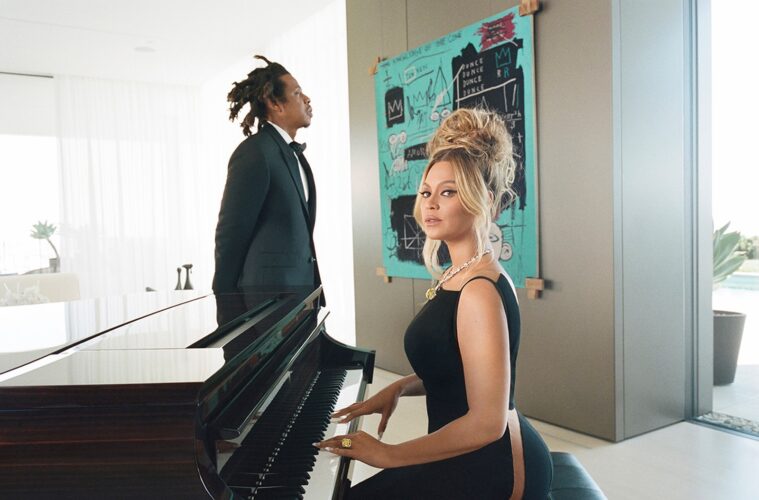 Making History: Beyoncé and Jay-Z For Tiffany & Co. and The Basquiat Debate 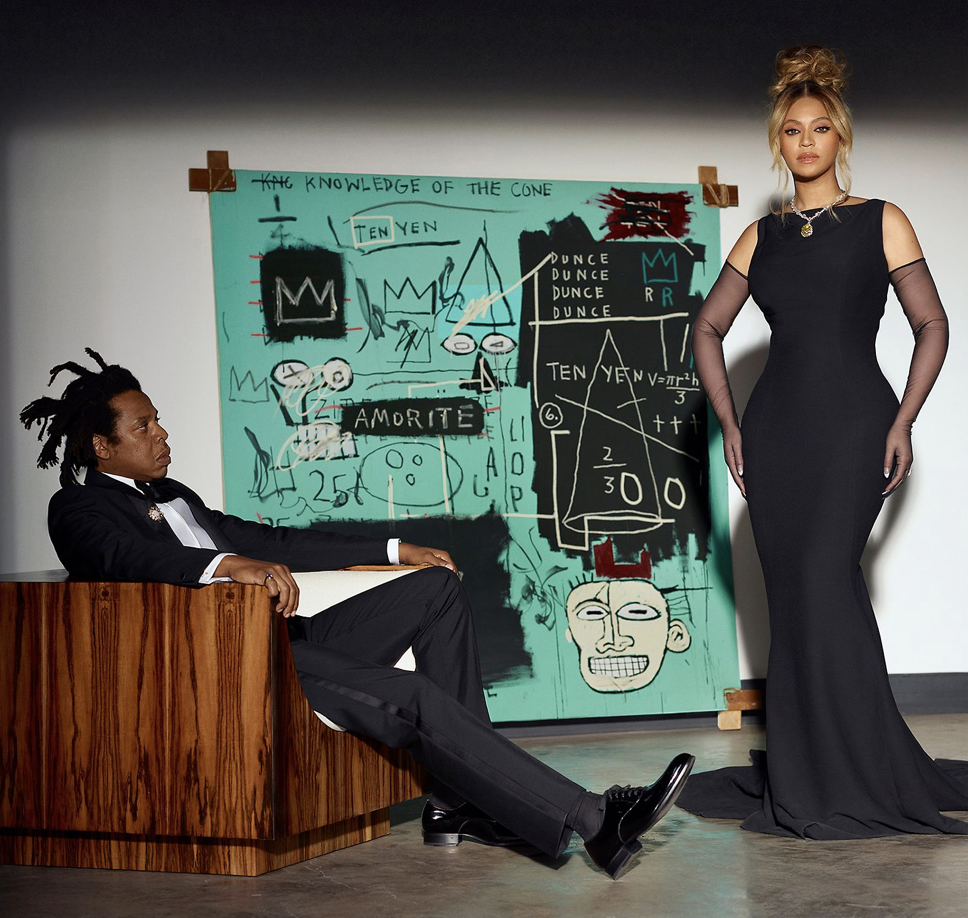 Tiffany & Co. does it again, building on the company’s iconography, which includes the likes of Breakfast at Tiffany’s and Moon River, with a campaign staring one of the most iconic power couples. 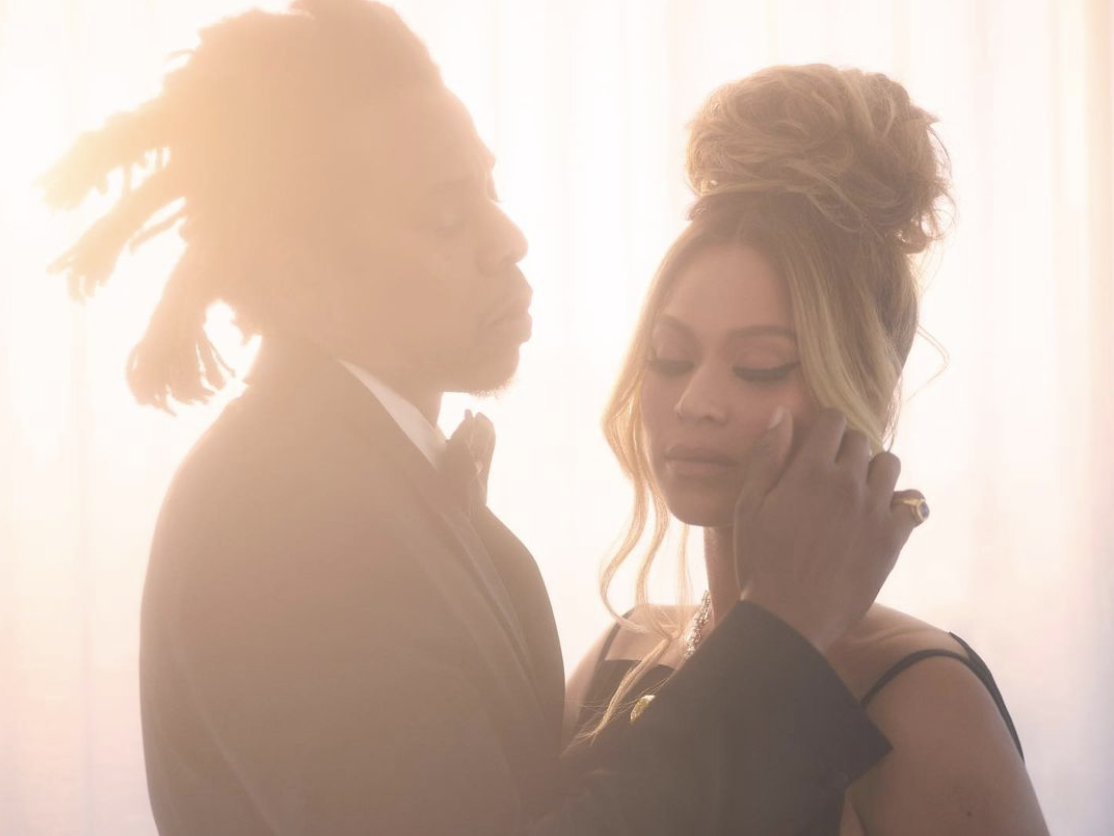 Singer, actress and Ivy Park founder, Beyoncé and rapper, songwriter and record executive, Jay-Z stun in Tiffany & Co.’s new campaign, About Love. This is the first time the couple has been featured alongside one another in a campaign, which is iconic in itself however, this campaign is filled with historic easter eggs. 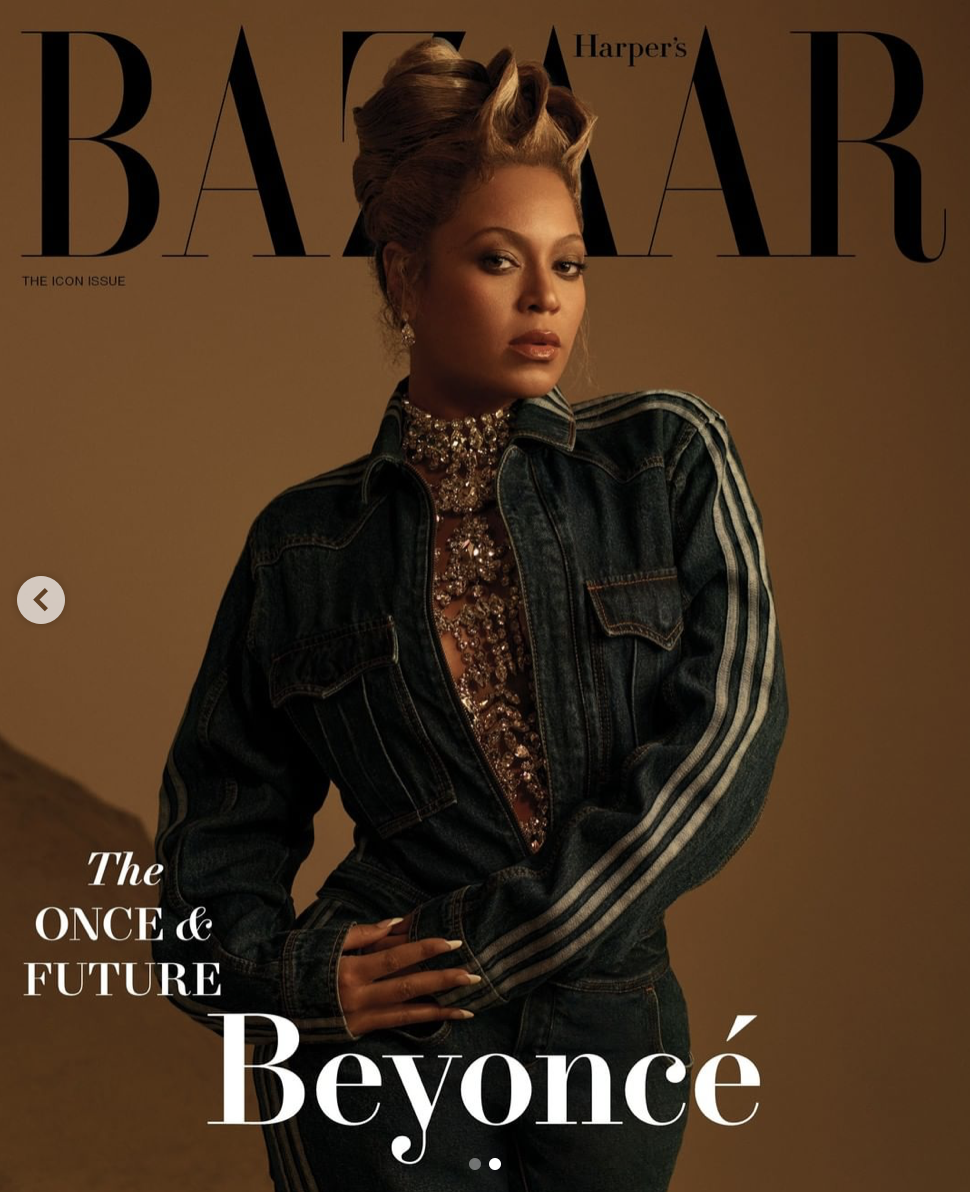 The first campaign featuring the couple was released on Monday but more is to come in September. The September campaign is said to including a video shot by Jay-Z that will feature a Beyoncé cover of “Moon River”. 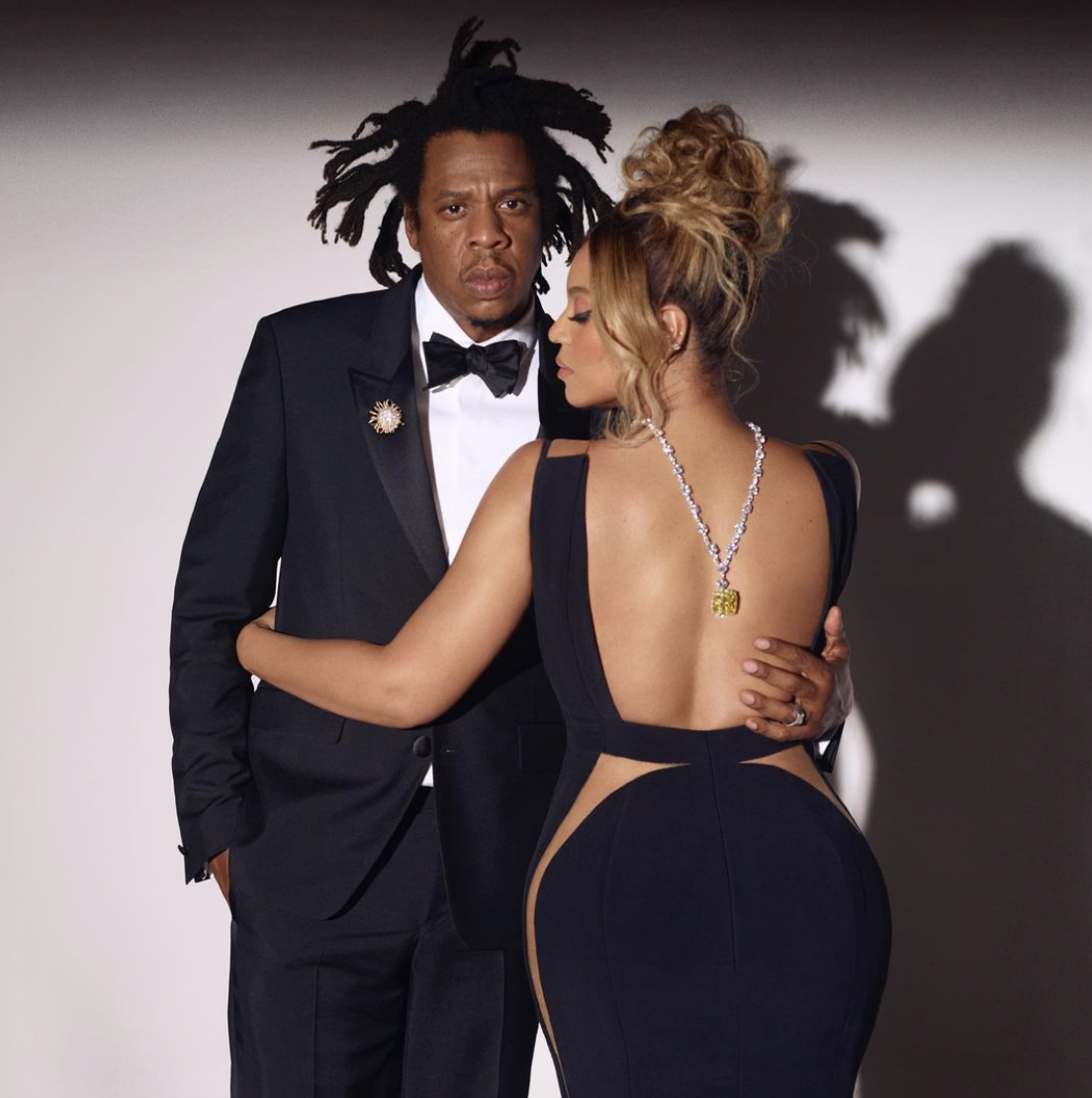 With only three women having worn the diamond before her, Beyoncé becomes the fourth and first black woman to wear the iconic 128-carat Tiffany Diamond.

The yellow diamond was famously worn by Audrey Hepburn in 1961 for a Breakfast at Tiffany’s publicity poster. In addition to Hepburn, Lady Gaga was the last to wear the necklace, in a mesmerizing display at the 2019 Oscars. 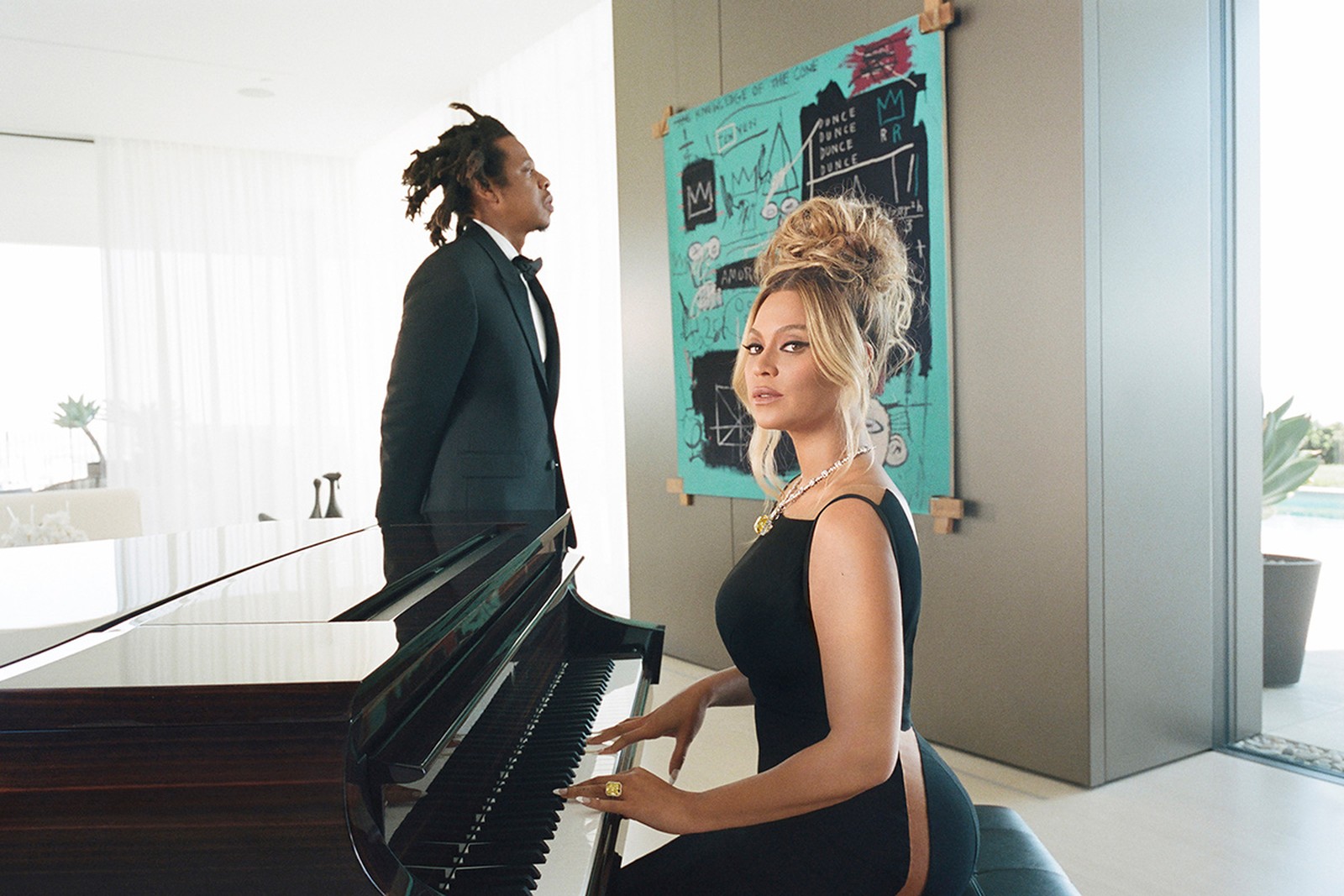 There has been a significant amount of controversy over the use of the painting in the shot, as Basquiat is famously anti-capitalist. The late Basquiat’s estate is managed by Artestar who would have made the deal with Tiffany, a jewellery company some consider to be a symbol of American capitalism. 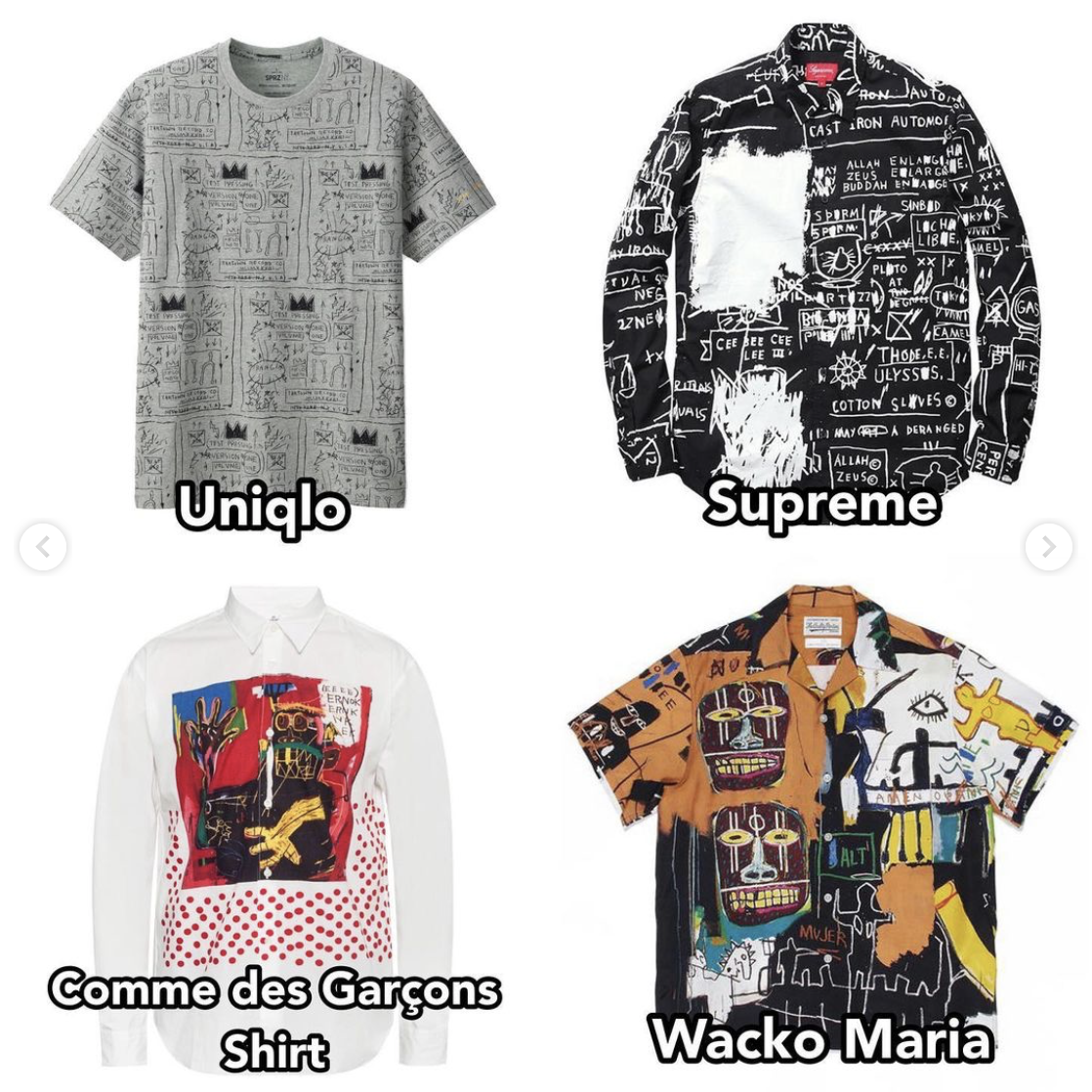 Although this is not the first or last time we should expect a debate over the bastardization of Basquiat’s work, amidst his estate continually being sold off to corporations, why is it relevant here?

Tiffany is one of many jewellery companies known historically to benefit from unethical mining practices such as poor working conditions and unfair wages, if any, for black and brown people. People are understandably frustrated with the jewellery company and believe the representation the ad provides is merely performative.

However, Tiffany is one of a few jewellery companies to now have systems in place to ensure at all levels of the supply chain human rights are not being violated. They have also publicly and financially supported causes that work to support and protect mining workers like the Development Diamond Initiative.

With that being said, there is no way to truly mine gold and diamonds ethically considering they often uproot entire Indigenous communities as well as the environmental impact. Although Jay-Z has openly been a fan of Basquiat for many years, the anti-capitalism painting seems out of place given the context.