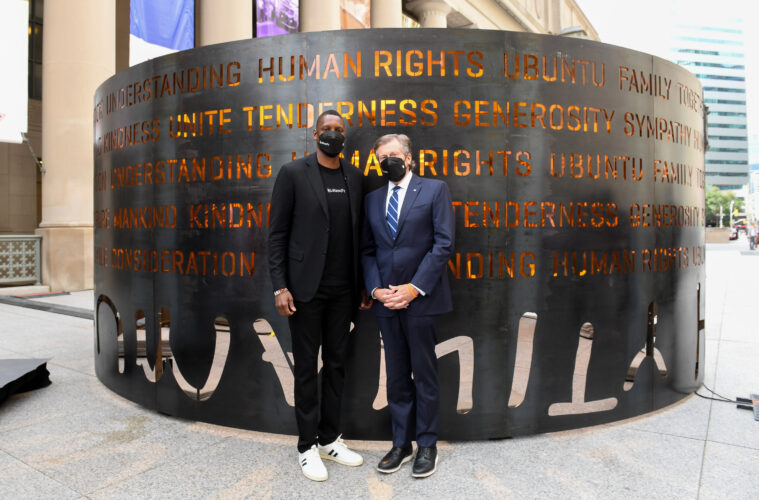 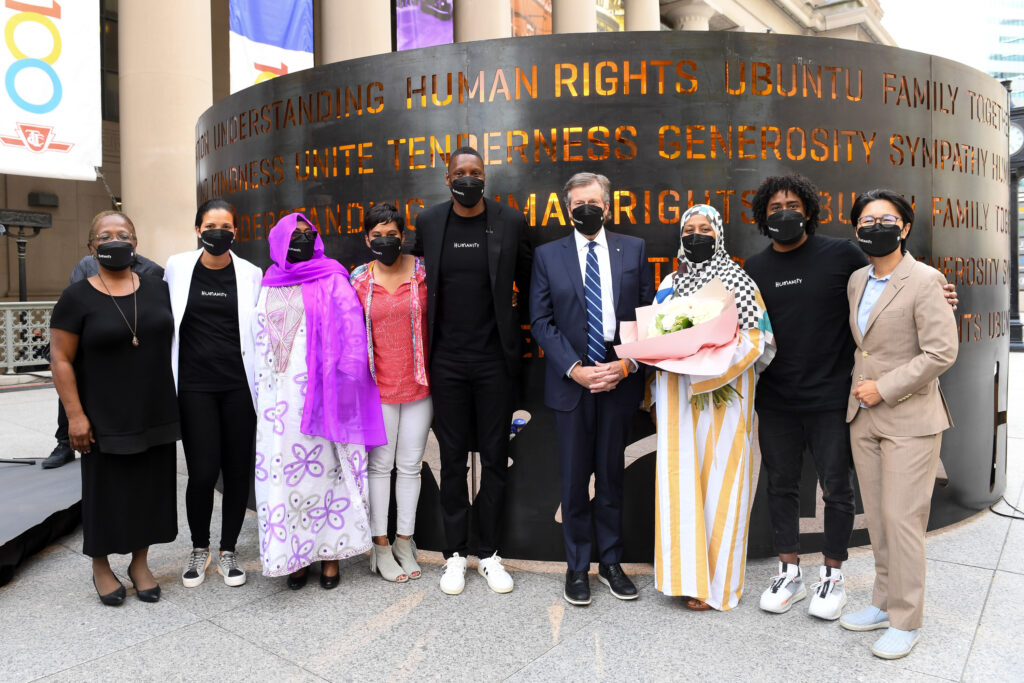 Representing peace, togetherness, youth and diversity, the artwork uses light to create a ripple effect with its words, symbolizing the need to spread more humanity. Built-in a seamless circle formed under the humanity symbol, the 8-foot high sculpture, brought to life by builder Ramm Design, is a reminder to the world that we’re still far from the day where everyone is treated equally.

“My hope is for this installation to be a tangible reminder to each and every one of us to think about humanity, and try to understand what others may be going through,” says Ujiri “Whenever we see the sculpture, made up of words that represent humanity, may we take a minute to pause and reflect upon the connections that unite us all.”

As the world continues to confront racism and call for social justice in the wake of a seismic civil rights movement, the Humanity Art Installation aims to continue the momentum, and engage visitors and global citizens alike in conversation about what a kinder world looks like.

Union Station is a community hub in Toronto, a place where individuals from all walks of life cross paths and make connections; making it the ideal place for Masai’s physical representation of his vision for humanity.

Ujiri is encouraging the global community to share their vision for a kinder world on Instagram by filling in the blank and using the hashtag #ThatsHumanity.

Visit the installation now until October 31, 2021, outside Union Station, on Front Street between Bay Street and York Street.

Masai Ujiri’s Humanity Movement was inspired by Nelson Mandela’s fight for equality for all people. Keeping alive his words and actions inspired us to search for and embrace the very things that make us human, and to overcome injustice and hatred. His example was an inspiration then, and it continues to be an inspiration especially now.
For more information, visit www.thatshumanity.org