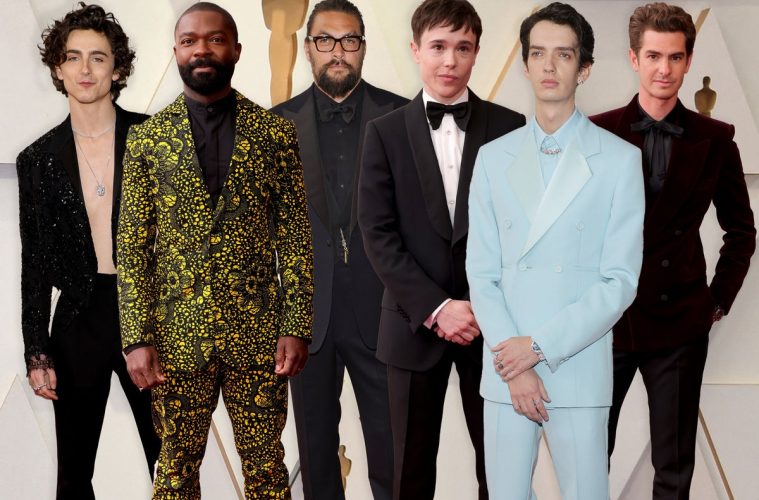 The Oscars are one of the most prestigious nights in Hollywood, each year actors, actresses and directors come together to watch each other win or lose the nomination they worked so hard for.

The ceremony itself is an adrenalin rush, wondering who could possibly be chosen out of a category of the best performances and masterpieces of the year, but as this is one of the most-watched awards of the year, many watch for the fashion.

Over the years the Oscars have had a very strict dress code, the dress code is considered or called a black tie. A black-tie event is where men usually are meant to wear black suits or tuxedos and women are supposed to wear evening gowns, this year and in the last few, the dress code has changed quite a bit.

This year in particular many guests have not followed the dress code, especially Timothee Chalamet, but Timmy is fortunate enough that he actually broke protocol but made it onto our best-dressed list.

Most of this list you would assume would be women, but unfortunately, the men have taken most of the space on this list. Dressing a man in a tux or suit is one of the easiest things on planet earth, it’s simple, it’s black, you could wear it a million times and nobody would know the difference, but some of these men tried to push boundaries, and I’m sorry sweetie, but it didn’t work. 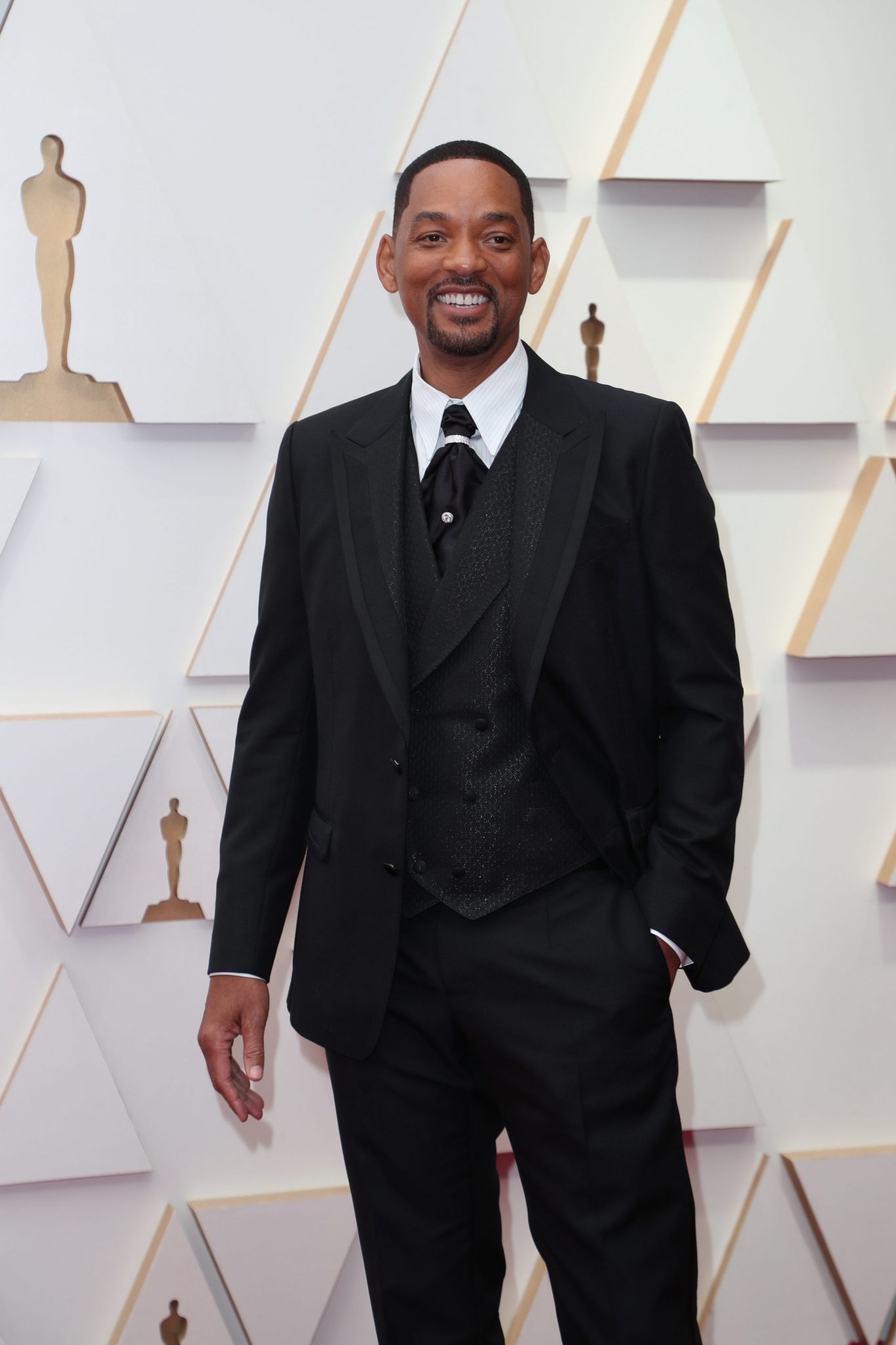 One of the worst looks of the night was scene-stealer himself, Will Smith. We won’t talk about what Will did, but we can talk about his outfit. Will has been on a press tour promoting his Oscar-winning performance in King Richard, and for many of them, he wore a three-piece suit. A three-piece suit is not out of fashion, but the choices, Smith made with his tie, and the textures of the suit made it look like he took it out of his 90s time capsule. Smith may have been wearing Dolce and Gabanna but it is not always that designers make the greatest outfit. For his Leading Actor nomination, I think Will would’ve looked much better in either a fully silk suit, or have made himself stand out properly in black on black velvet. 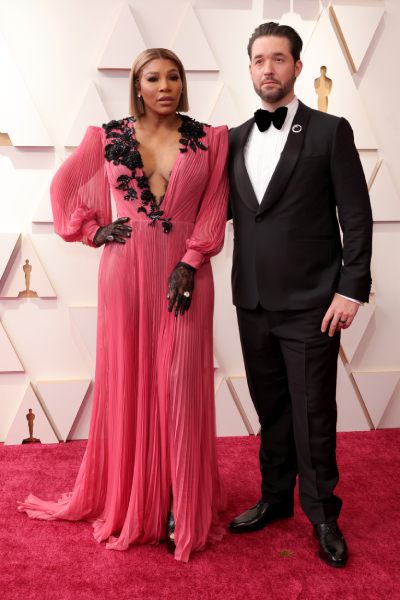 First, on the list of worst-dressed women was Serena Williams. This was a hard choice to add to the list because overall I loved everything about the dress except for the black floral detail. How could Gucci ever miss, because just like Gucci, Serena doesn’t miss either. Overall, her pink gown was perfect, it accentuated her physique with the peaked shoulders, her hair and makeup complimented the dress, but I really don’t like the black florals on the blush dress. 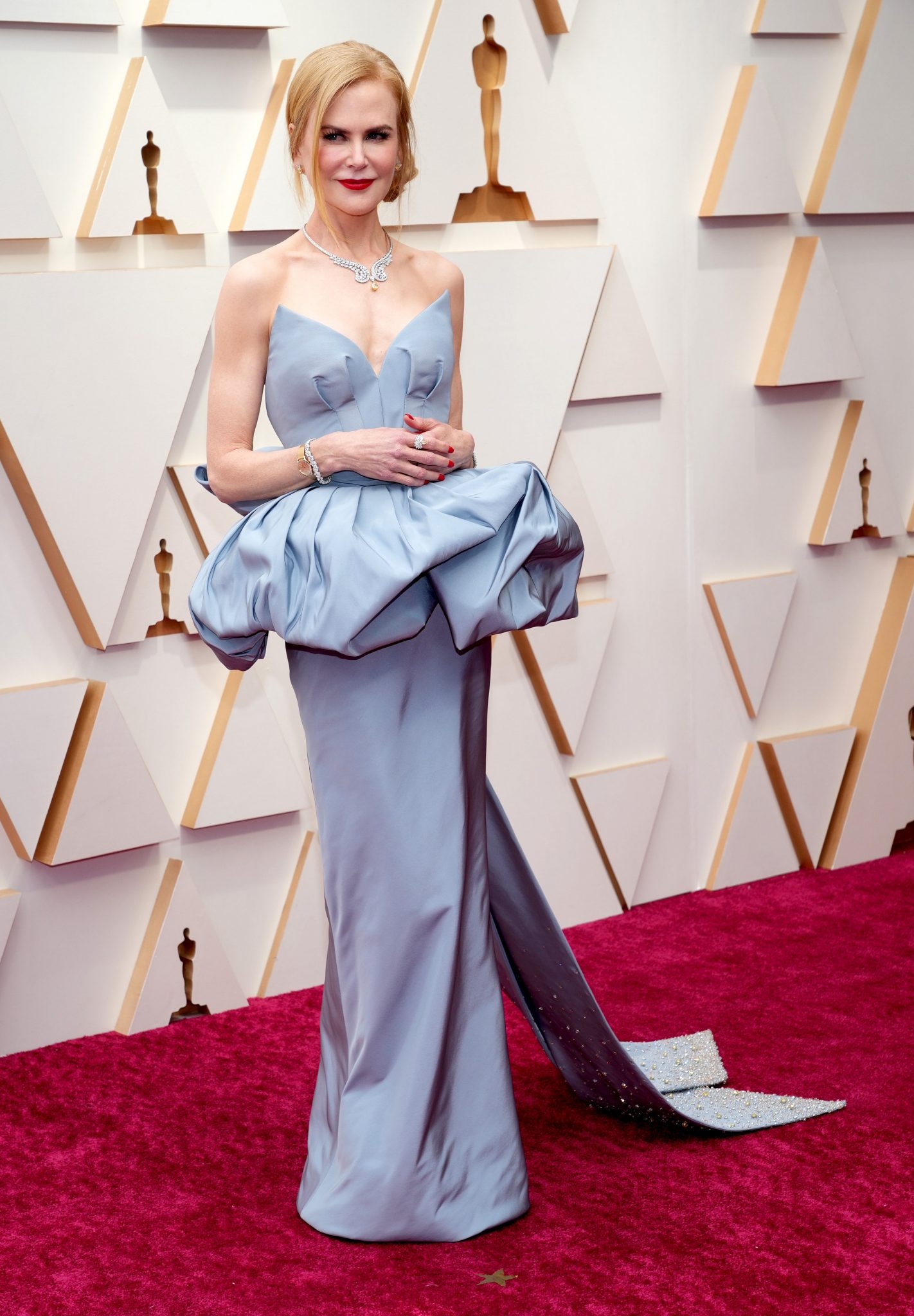 Nicole Kidman is next up, her Armani dress was the perfect look for her, but realistically she looked like a rain cloud. Kidman has been seen in similar styles where there was something like a bow that helped give shape to Kidman’s figure. Kidman has a very slim physique, and the overall dress would’ve been great, the peaked neckline, the blush blue colour and the train were all a great match, except for the cloud-like figure around her waist. 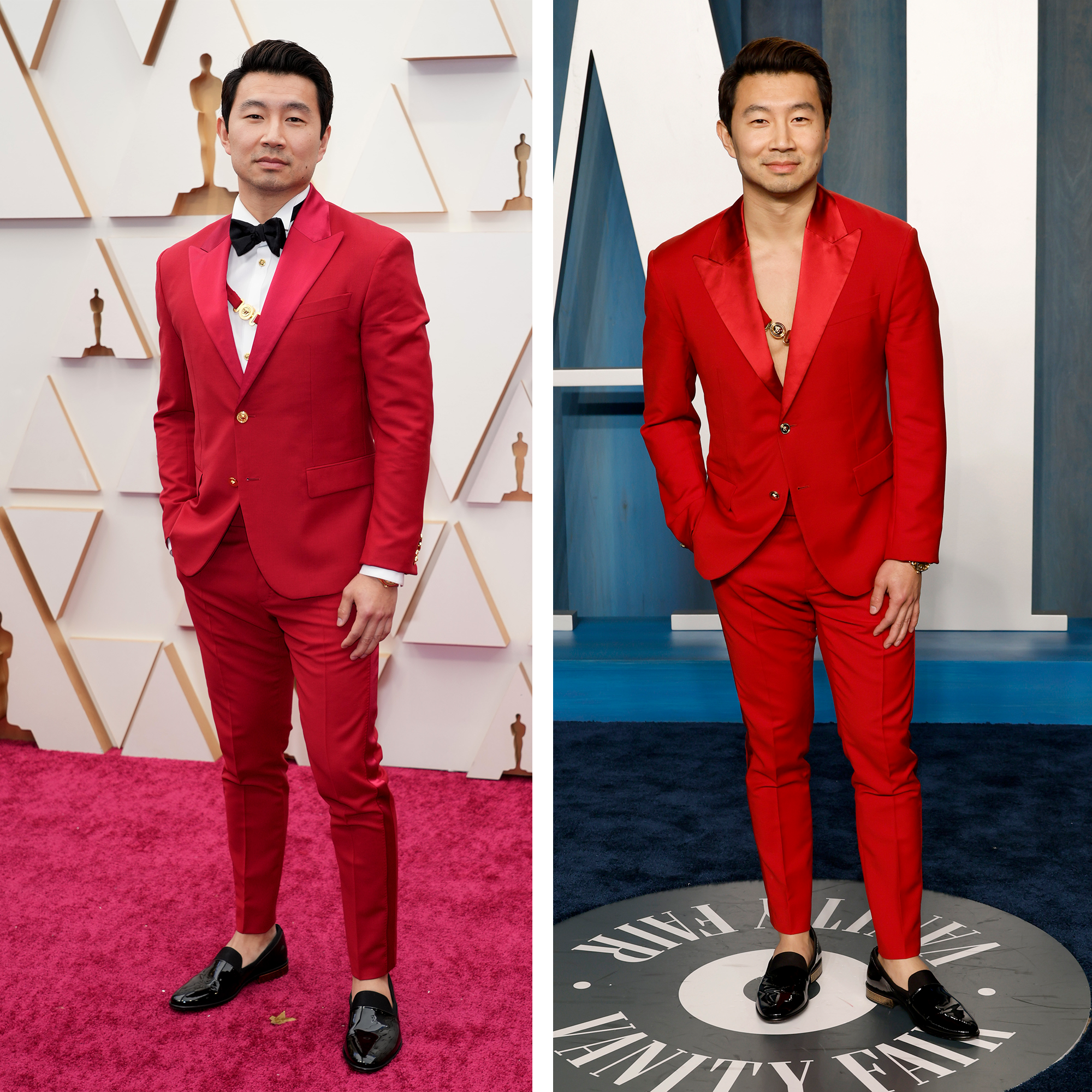 Simu Liu is a Canadian legend at this point, and his fashion choice was a perfect representation of his breakout Marvel character, but the all-red tuxedo look made his outfit look too much like a costume. At the Vanity Fair red carpet and the after-party, Simu Liu may have taken notes from Timothee Chalamet and decided to go shirtless. Now the shirtless look not only looked good because of his physique but it allowed to suit to fit the part and not look costume.