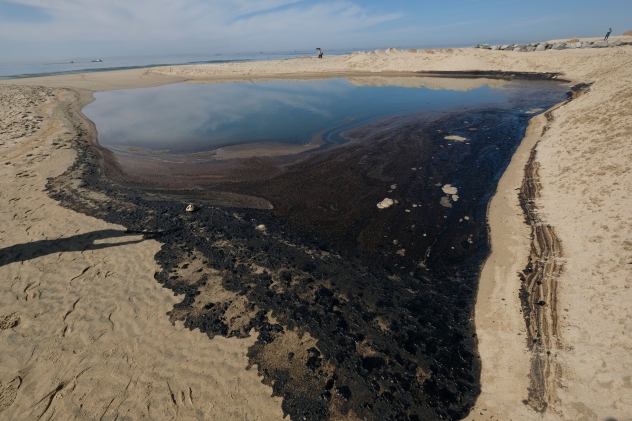 Officials have been considering whether a ship’s anchor caused the devastating oil spill.

According to state authorities, the pipeline that leaked more than 550,000 litres of oil into the water off Southern California was split open and apparently dragged along the ocean floor.

U.S. Coast Guard Capt. Rebecca Ore said that divers determined that 1,219 metres of the pipeline were “laterally displaced” by about 32 metres. It is still unknown what might have caused the displacement.

Officials said on Monday that they were considering if a ship’s anchor might have caused the oil spill. The spill was first spotted Saturday morning and has fouled beaches in Orange County.

The pipeline had a 13-inch gash in it, Ore said. It is operated by Beta Offshore, a subsidiary of the Houston-based Amplify Energy Corporation.

Since Saturday morning, around 572,800 litres of oil, or 3,000 barrels, have leaked. They have formed a slick in the ocean. According to Huntington Beach Mayor Kim Carr, the slick covers an area of about 20 square kilometres.

What Happened To The Pipeline? 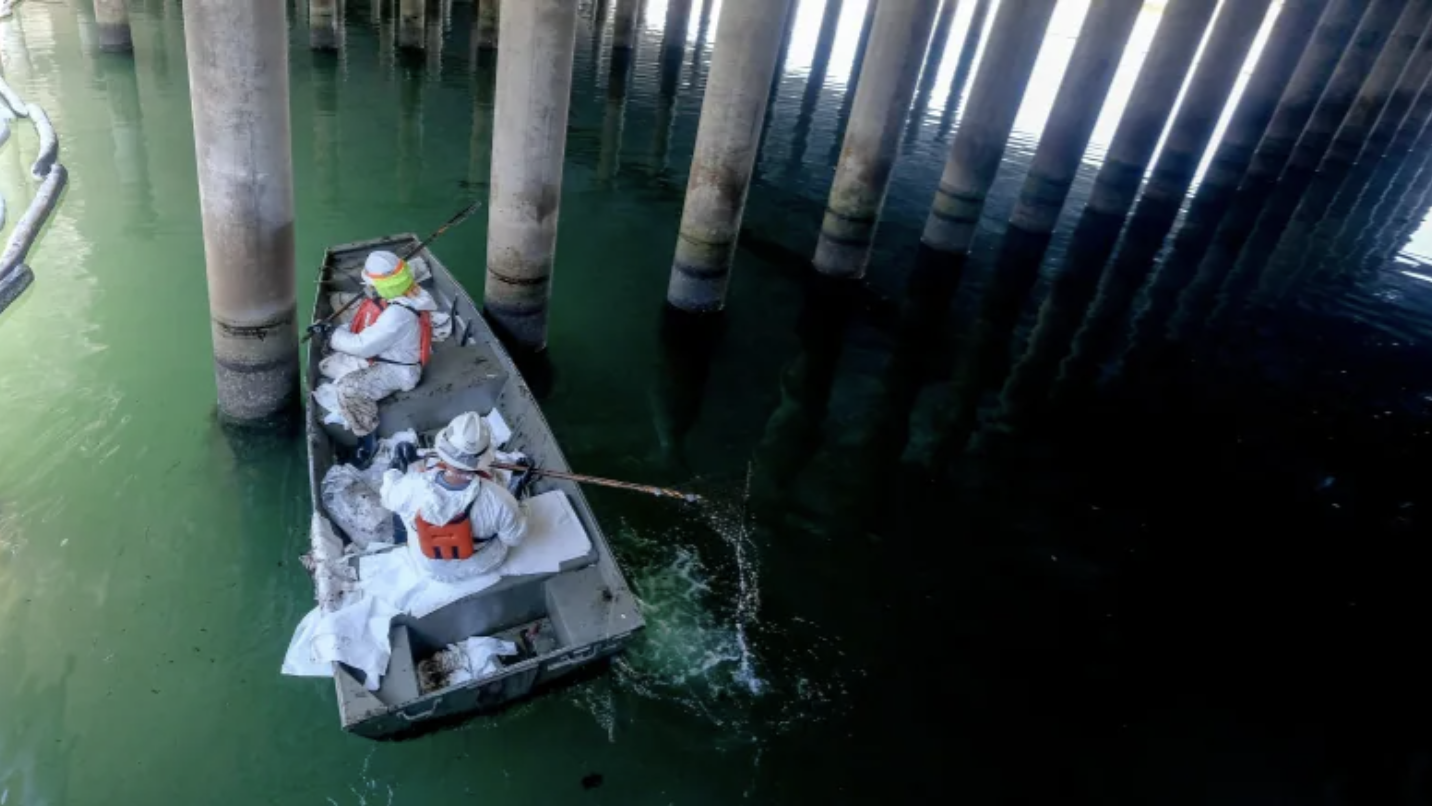 The leak in the pipeline appears to have stopped and oil removal efforts are underway, officials said Sunday.
The cause of the leak is not yet known. Martyn Willsher, president and CEO of Amplify Energy, the Houston-based company that owns the pipeline, said the company had isolated a specific spot along the pipeline that may be responsible.
By Sunday night, three thousand gallons of oil had been removed from the water. More than a mile of oil boom were deployed, the US Coast Guard said at that time.
The spill has done significant damage already, Orange County Supervisor Katrina Foley told CNN on Monday.
“This has devastated our California coastline in Orange County, and it’s having a tremendous impact on our ecological preserves as well as our economics,” she said. “We need answers and the public deserves answers.”