She spoke out for education rights, nearly lost her life for her ideals at 15 years old, and was awarded the Nobel Peace Prize at 17. Today her name is known around the world and her activism continues relentlessly. Malala Yousafzai has been an inspiration to countless people around the world, especially young women. 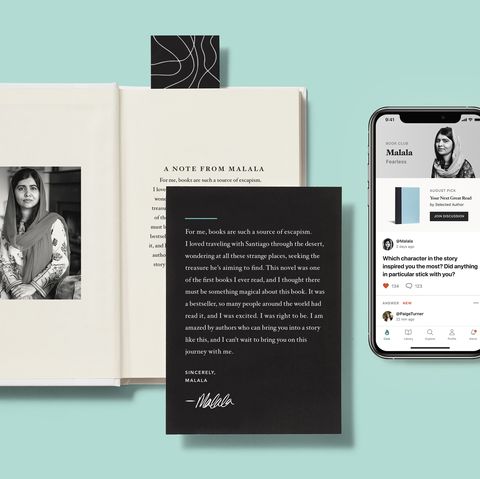 Her charity, Malala Fund, which was founded in 2013, works to inform on the issues surrounding girls’ education as well as pushes towards a world where girls and women do not have to face obstacles to learn and become leaders.

Released in the same year as the Malala Fund, her autobiography I am Malala: The Girl Who Stood Up for Education and was Shot by the Taliban, has sold millions of copies and received several awards. The book tells the story of her family and her life in Pakistan where she began to speak out for education rights with her father.

Now, the recent Oxford graduate has launched an initiative with Literati, a book club that will feature specially curated works. As well as a new book delivered once a month, the book club subscription features an app where subscribers can discuss their perspectives and ideas

on what they’ve read. The book delivery also comes with the insights and notes of Malala herself.

The book club, which officially starts October 1st but is now open for sign up, is called Fearless and will focus on works by authors that are left out of the mainstream as well as unheard stories that need to be amplified.

Malala, who has always been an avid reader, has demonstrated her fearlessness with her activism and her refusal to back down from her beliefs and work despite being targeted. She says that she has told her own story through her autobiography and the platform she has, so now she wants to uplift the voices of other diverse women who are overcoming obstacles, speaking for what they believe in, and sharing their perspectives.

“Fearless amplifies the voices of authors the world too often neglects. Expect to hear from prominent writers and new voices—women with bold ideas, storytellers who show the world from their perspective, and characters who capture your heart.”

To check out Malala Fund: https://malala.org/