Editor-In-Chief Ksenia Edwards and PR Manager Tasha Tobias attended the iHeart Radio MMVAs and got up close and personal with some of the stars in attendance. 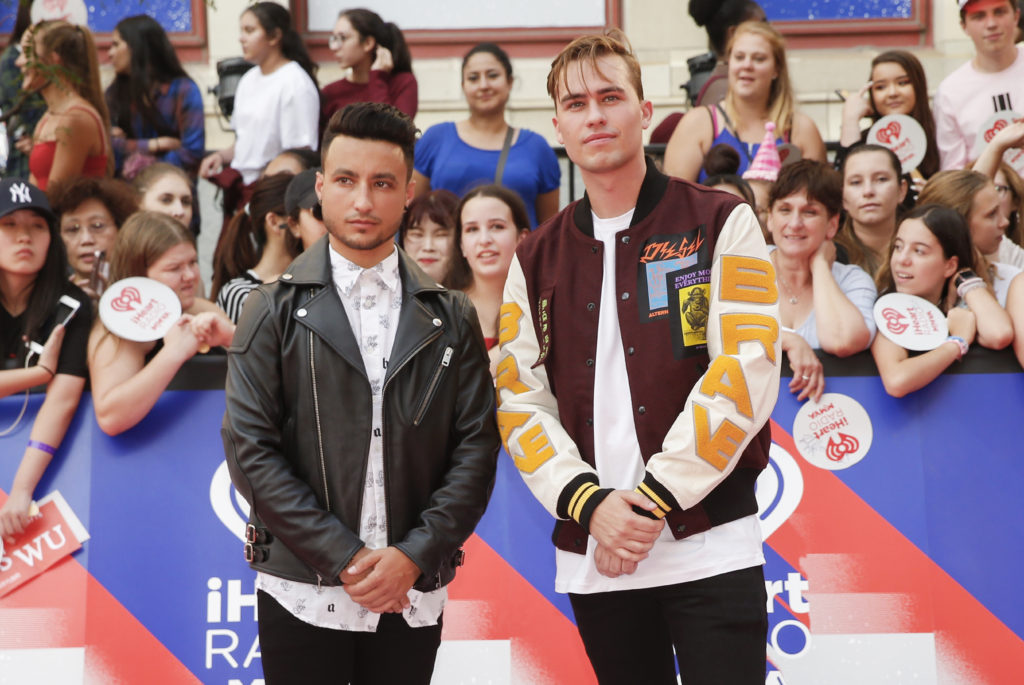 HOLR: Anything in particular that inspired ‘Body’ or you as musicians?

LL: We were honestly just grinding in LA, going to bars and coffee shops to meet people, new singers and Brando and I met randomly. We were living in LA just figuring out what we wanted to do musically and we really wanted to bring in the Toronto sound – that really cool, swaggy, R&B/hip-hop feel and just doing that in a different way.

HOLR: What’s up next for you both?

LL: We have our new single coming out on August 31st! It’s titled Love No More and it was created with our good friend Anders.

HOLR: What inspires your style?

HOLR: Any other style icons?

FY: Prince, David Bowie, those are my guys.

HOLR: What inspires your music?

FY: It kind of inspires itself, that’s the beautiful thing about it. You can be sitting at the piano or with your guitar and then an entire song comes out of it. 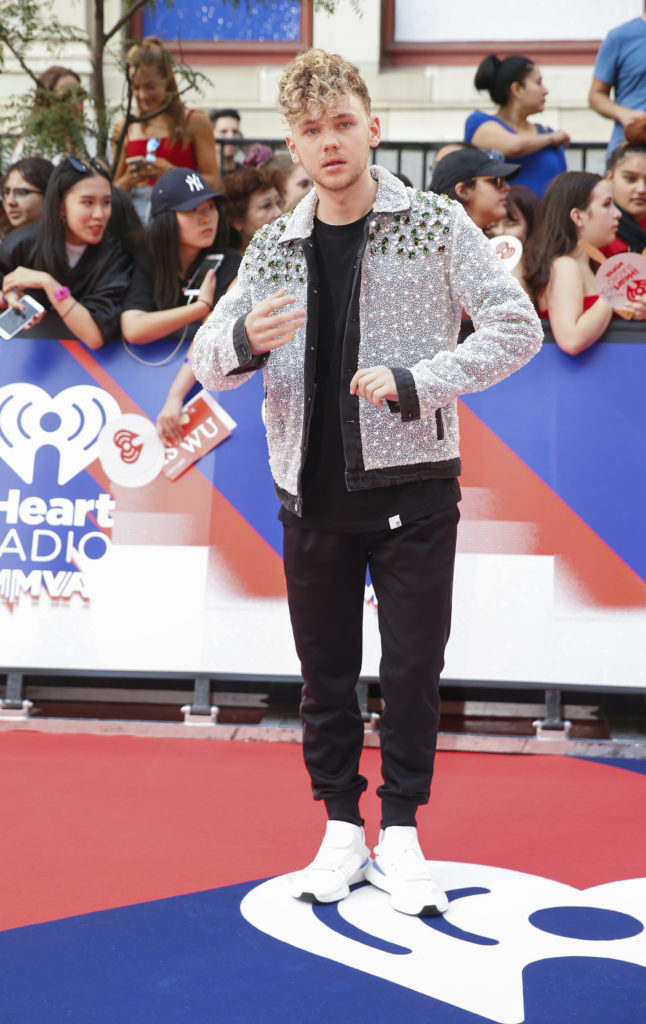 HOLR: When did you first get started with your career in music?
-I’ve been doing music for a long time, I went to Etobicoke school of the arts where I studied performance and music theatre. I started doing music after that, being in bands, then some solo stuff. The Ralph project emerged about four years ago.

HOLR: What was a big turning point in your career?

R: After I released my EP, the cover was on a billboard at Dundas Square. A moment like that makes you realize oh shit, people are actually recognizing what I’m doing

HOLR: What inspires your music?

R: It’s hard to say, when I write a song it’s influenced by so many different factors. I’ll watch a movie and write about a feeling that it evoked, or when I was recently on a flight, I read a book and ended up enjoying it so much that I wrote a song based on one of the relationships in the book. And then sometimes it can come from a conversation with a friend, or a personal relationship. I try to think about writing songs for everyone with topics that feel relatable.

RB: I moved here 6 months ago and it’s really nice. I had never been to Toronto before moving here. I wasn’t sure what to expect, but I was really surprised and we love living here.

HOLR: How has the transition been with motherhood and work?

RB: I am still modelling and flying all over – I’ve been to Europe four times already! It’s crazy, a lot of work being a mom and modelling.

HOLR: How do you balance the two?

RB: It’s a lot to be honest. I went into survivor mode after giving birth to be honest. You want to work so much more than before, for nine months you don’t do very much. As soon as I gave birth I thought I needed to work out, and get back in shape to get back to work.

HOLR: What advice do you have for girls that may be trying to get into modelling?

RB: Well when I started modeling the always told me I was too short to model but I didn’t take no for an answer. So I think if you have dreams and you strongly believe in yourself you should just go for it, whether it is modelling or something else in life, if you want something you can always achieve it.

HOLR: What was it like working on a Rom-Com?

HC: It was a lot of fun, it was my first one and the experience was just really enjoyable. You go to the set every day and people are laughing and that’s sort of the tone on set, so it’s a great atmosphere – not the typical one I am used to.

HOLR: What did you do to prepare for this role?

HC: I practiced up on my pizza skills, I went and spent a bit of time in an actual time in a pizza shop to learn the environment – I even delivered a couple of pizzas.

HOLR: Favourite toppings when you order a pizza?

HC: I’m a purest, I like just plain cheese.

HC: Sotto Sotto, and Fresca has some of the best pizza

HOLR: So we hear you are going on your first solo tour, how did that come about?

DH: I love going on tour, to people’s cities, meeting new people and interacting with them and there is nothing quite like that relationship with a live audience so I am really looking forward to it. And it will be realy different because I am going to have a live band with live dancers, so it will be like a rock concert for dance.

HOLR: How often do you practice?

DH: I have been travelling a lot this summer, I was in Tonga, Hawaii and Banff going on adventures. I love being outdoors and I am very adventurous so I need that balance before going back into the studio.

HOLR: Where was your favourite spot to travel to this summer?

DH: I think Tonga was pretty awesome, I was with the Humpback Whales and they’re all mating right now, so being in the water with them was pretty amazing.

TS: The same as it was before, just with a ring! It’s only been 8 days. So it’s good, nothing has changed.

HOLR: You have a new album coming out, what inspired that?

TS: I do, it’s called Intuition. It comes out September 28th and honestly there was a lot that inspired it. I wrote it in London because the vibe out there is something I wanted to capture within the music. A few years ago I was in a desperate state so a lot of that inspired the songs and my wife as well, so it’s a good mix.

HOLR: How involved are you with your songs?

TS: Very involved, I have co-written and co-produced every song on the album. When it comes to live shows I have put them together for the most part, so I am very hands on – a bit of a control freak. This is my career slash my life so I have to make it the way I want it.

HOLR: When do you start touring?

TS: This Fall across Canada after the album comes out in September!

HOLR: Are you excited to be the first Canadian country artist to be performing at the MMVAs?

HOLR: How do you think the Canadian country music scene differs from the American scene?

BK: You know what, not very much at all anymore. You used to be able to see a difference of production or a difference in content, but a lot of us Canadian’s are spending time in Nashville and a lot of American’s are spending time in Canada. So for us, as far as I’m concerned there is no border. I’m also really proud of my career and the things I’ve been able to do South of the border so based on that, I think the border is gone now – good music is good music.

HOLR: Who or what inspires your music?

BK: There are so many, but lately I’ve been loving Garth Brooks and his ability to entertain. Everything he has done as an artist and has a humanitarian, so for me if I can maybe be 1/1000 of what Garth Brooks is I would be a happy guy.

HOLR: Do you have any passion projects coming up?

BK: I have a great friend named Don Emero whose a great country and also pop artist with aboriginal roots. So we were thinking of doing a first nations collab and tour one day so if we get that opportunity I think it will be very very special. For two people to get together and lead the way to inspire the next generation.

HOLR: You guys are very stylish, what inspires your fashion?

NC: I’m wearing a designs from a Toronto Native, KOLLAR clothing, we’re also wearing a lot of Diesel – shout out to Diesel! They hooked us up tonight.

HOLR: How did you guys start making music together?

NC: We met downtown Toronto at a party three years ago and the next morning we woke up and decided to go to the studio together.

HOLR: How does it feel to be nominated tonight?

NC: It’s crazy, it’s a dream come true. It doesn’t even feel real – we walk these streets every day and will probably do the same tomorrow.

HOLR: Does being Canadian inspire your music at all?

NC: Yeah, we always want to go to California and make it to the states so being in Canada just makes us a lot more humble, I used to work at the American Eagle down the street (haha).

HOLR: What do you guys have coming up next?

NC: We have a new single coming out on September 7th and going on tour in the Fall! Stay Tuned. 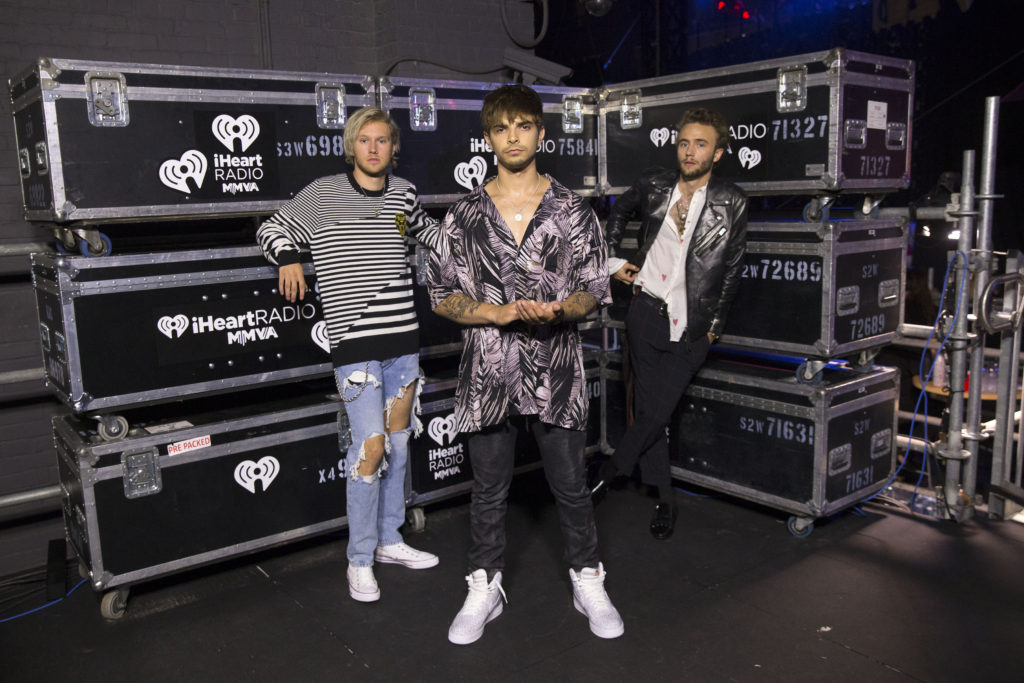 For more updates on the latest events and insider celebrity chats follow us @HOLRMagazine.