Like walking through a countryside garden in the dead of night, the flowers on the runway earlier this year were coated in a luscious eeriness. Presented as embroidery, couture-style draping, and a puffer, how will you choose to wear them?

Florals aren’t just for spring, nor are they always dainty, coloured with vibrancy, or intricate/exotic depictions of centuries’ old natural life. Flowers come in all varieties and, for fall winter 2019, it’s their darker side that’s being brought into focus. As though captured by the flash of a camera in the middle of the night, electric blues, mystic purples, and dark yellows blossom against elegantly descending blackness.

Miuccia Prada took the unoriginal reference of Frankenstein and used it as a visual exploration of humanity for the Prada fall 2019 show- touching on misunderstood monsters, freedom of self expression, and a tension between sensitivity and harshness. On the surface, however, it was playfully dark with models sporting Wednesday Adams’ hairstyles. The florals come in the form of roses: blown-up prints, appliquéd buds, and a intarsia knit beside a lightning bolt. 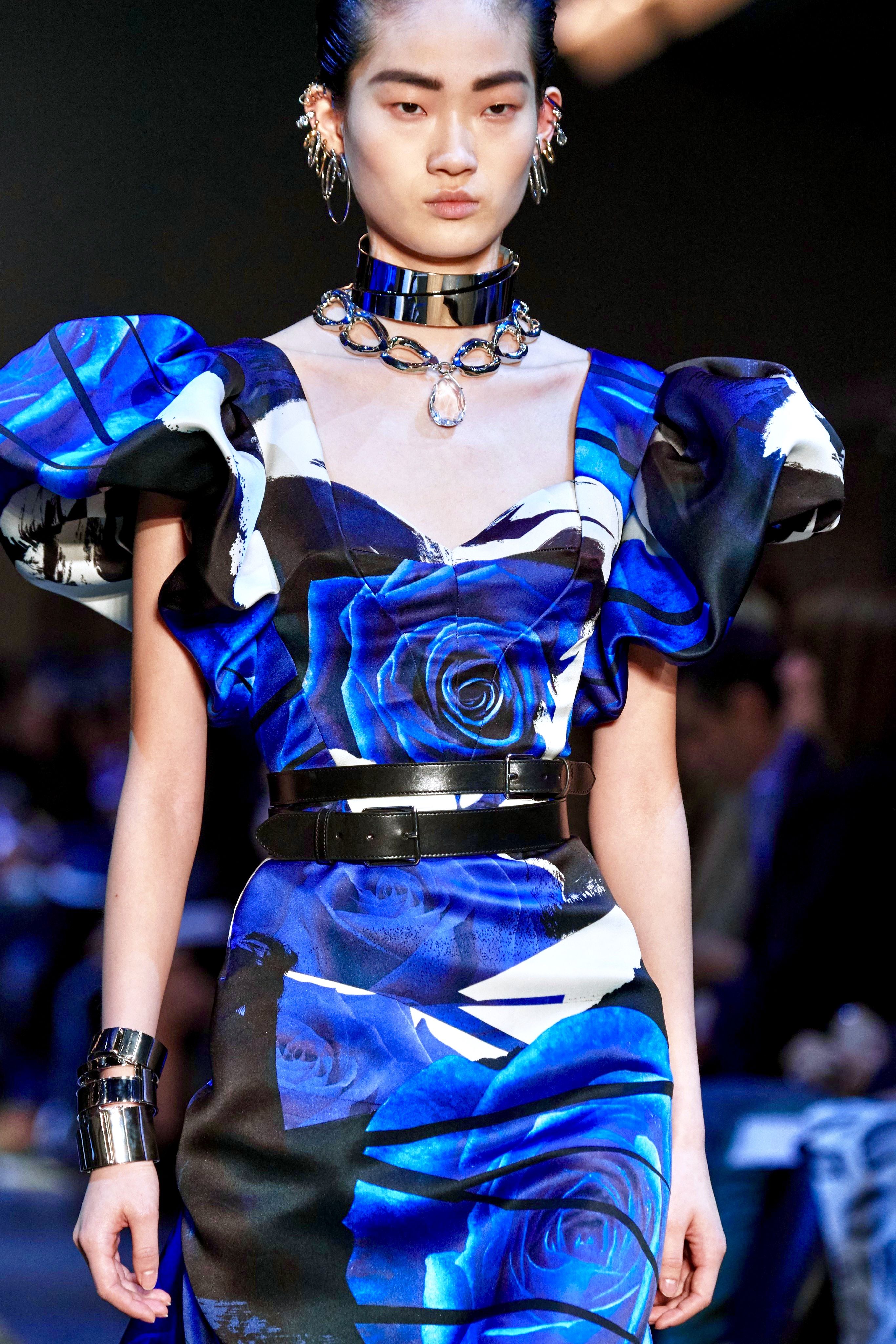 Harshness was paired with elegance at Alexander McQueen, sharp, slim-fit suits styled with wide metal chokers. The florals are in a deep blue, merged with black and white on a tight-fitted dress with ruffled shoulders, and as taffeta dresses (fuchsia pink and red) which are bunched and draped from 25 meters of fabric to give the impression of a gathering of roses. 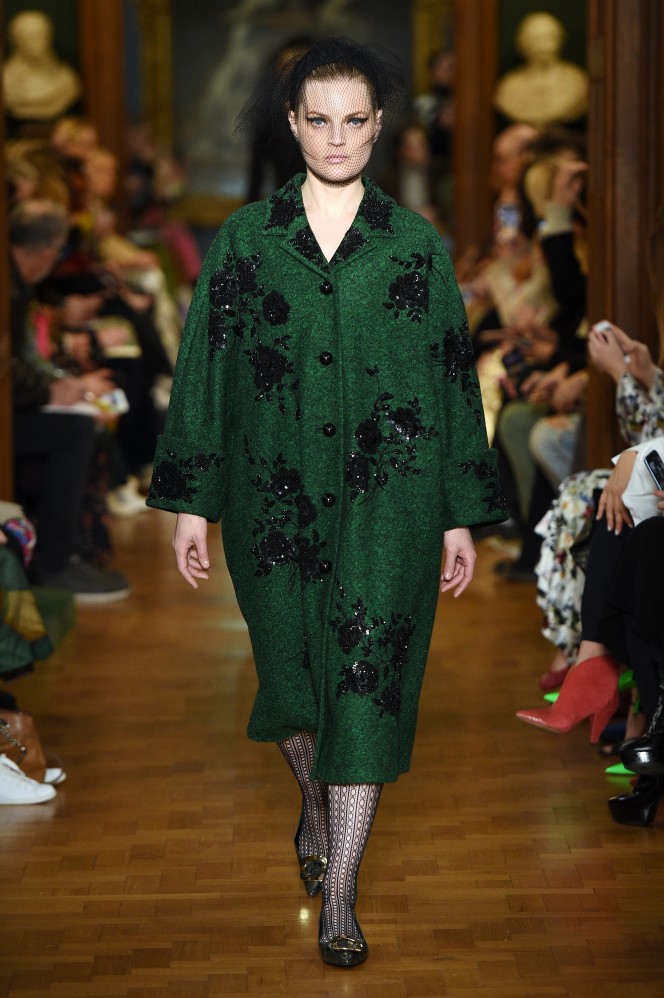 Rich greens have set a base at Erdem as a tweed coat and trouser suit, both with scattered twinkling black floral embellishments like the pairing of the night’s sky above mossy grass. A long purple dress, decorated in black vines and topped with a giant regal bow around the neck, recalls a mysterious figure appearing from the distant past. 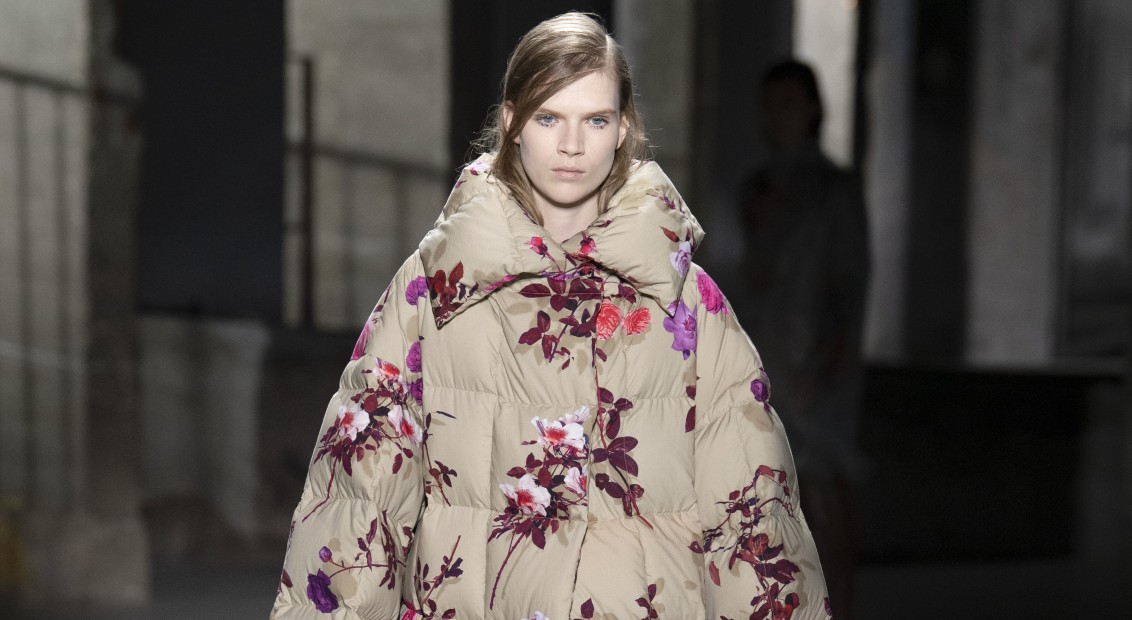 The florals used in the Dries Van Noten collection are photographs of flowers picked from the Belgian designer’s garden last October and transformed into prints. Shadows have been left in some of them, adding a greater sense of realism. Prickling yellow leaves contrast upon a long satin coat while a snug puffer, covering the body like a sleeping bag, is dimly illuminated with autumnal tones. 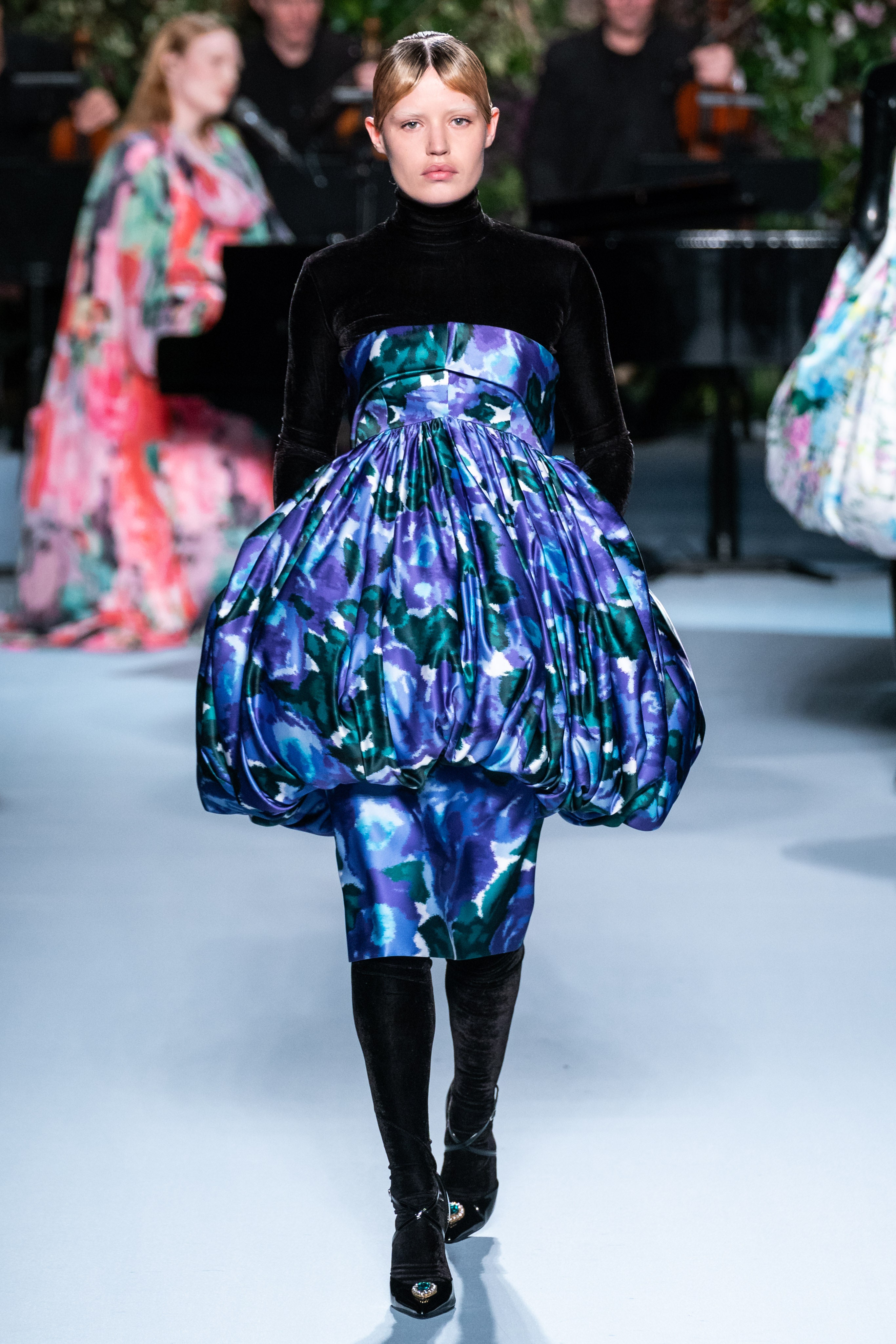 Florals came in all forms and colours at Richard Quinn, seemingly spanning decades of English gardens and home wallpaper. The looks included a puffball skirt in a watercolour- style blend of indigo and green, a velvety black on the body above, and a large shouldered jacket covered in sequinned tulips, a latex bodysuit underneath.

All these kinds of flowers will continue to be approached in different textiles and fits come winter. This season can be gloomy AND magical.