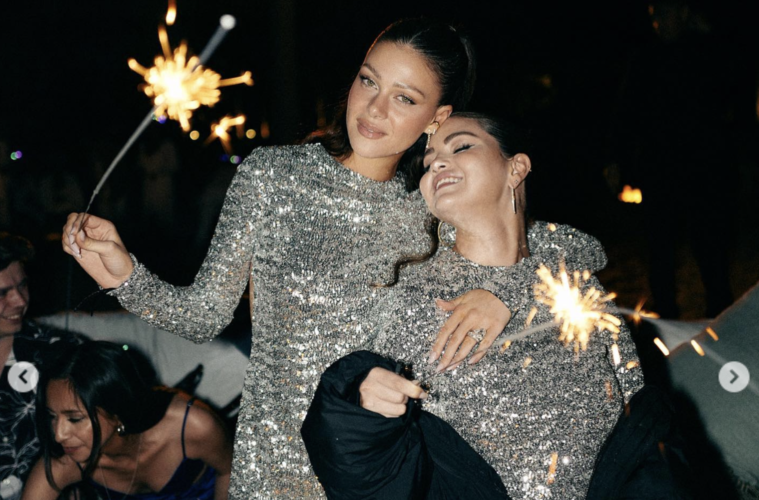 The trio, consisting of  Selena Gomez, Brooklyn Peltz Beckham, and Nicola Peltz Beckham was spotted having lunch in Cabo with Brooklyn’s brother, Cruz, allegedly among others in the group.

Selena Gomez, Brooklyn Peltz Beckham, and Nicola Peltz Beckham were spotted having lunch in Cabo following the trio ringing in the New Year together among friends.

According to the latest Instagram story post from pop culture page, Deux Moi, a new image has surfaced showcasing the alleged group having lunch. 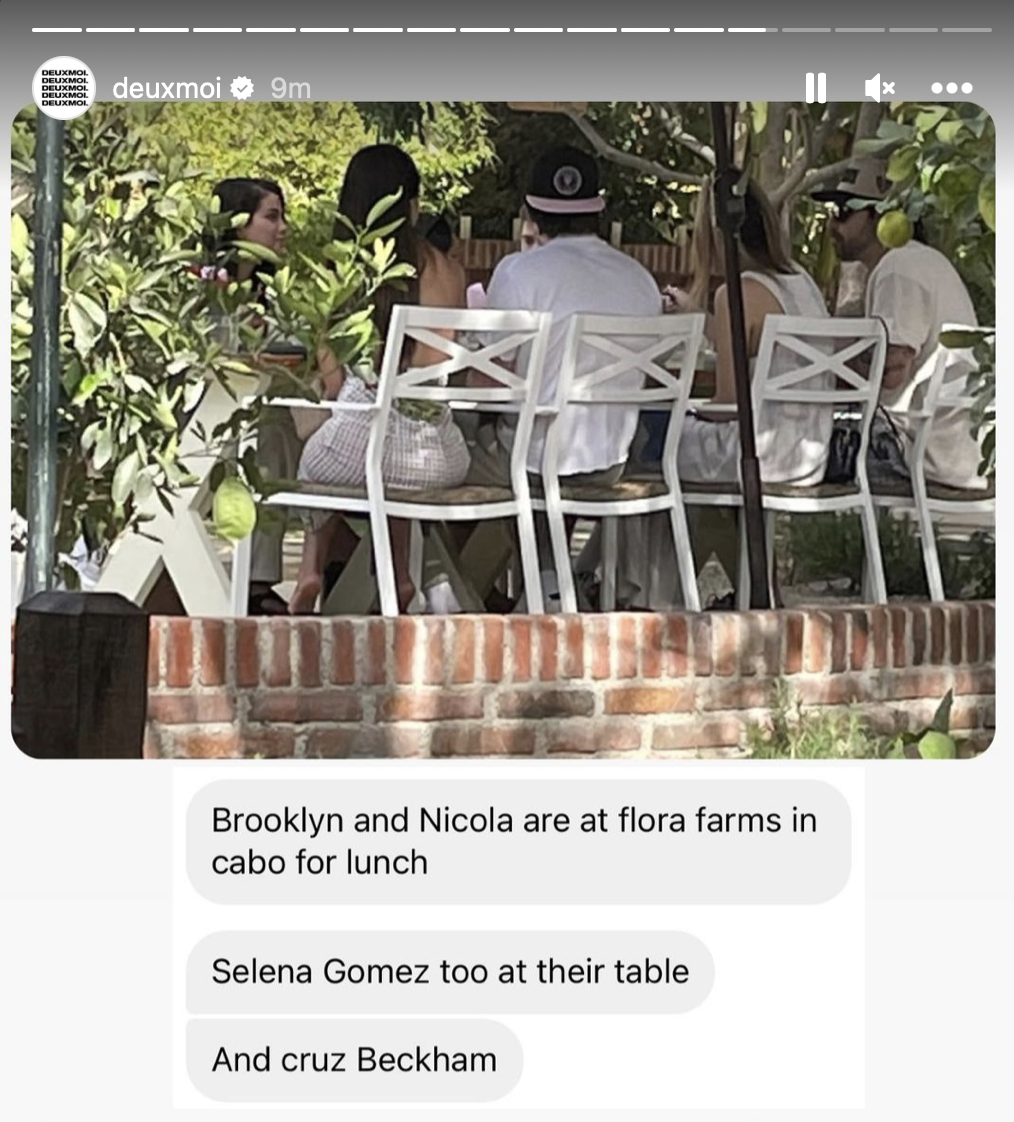 Apparently, among the group was also Brooklyn’s brother, Cruz Beckham.

It looks like the trio spent New Year together, with Nicola sharing some Instagram pictures with Selena earlier. 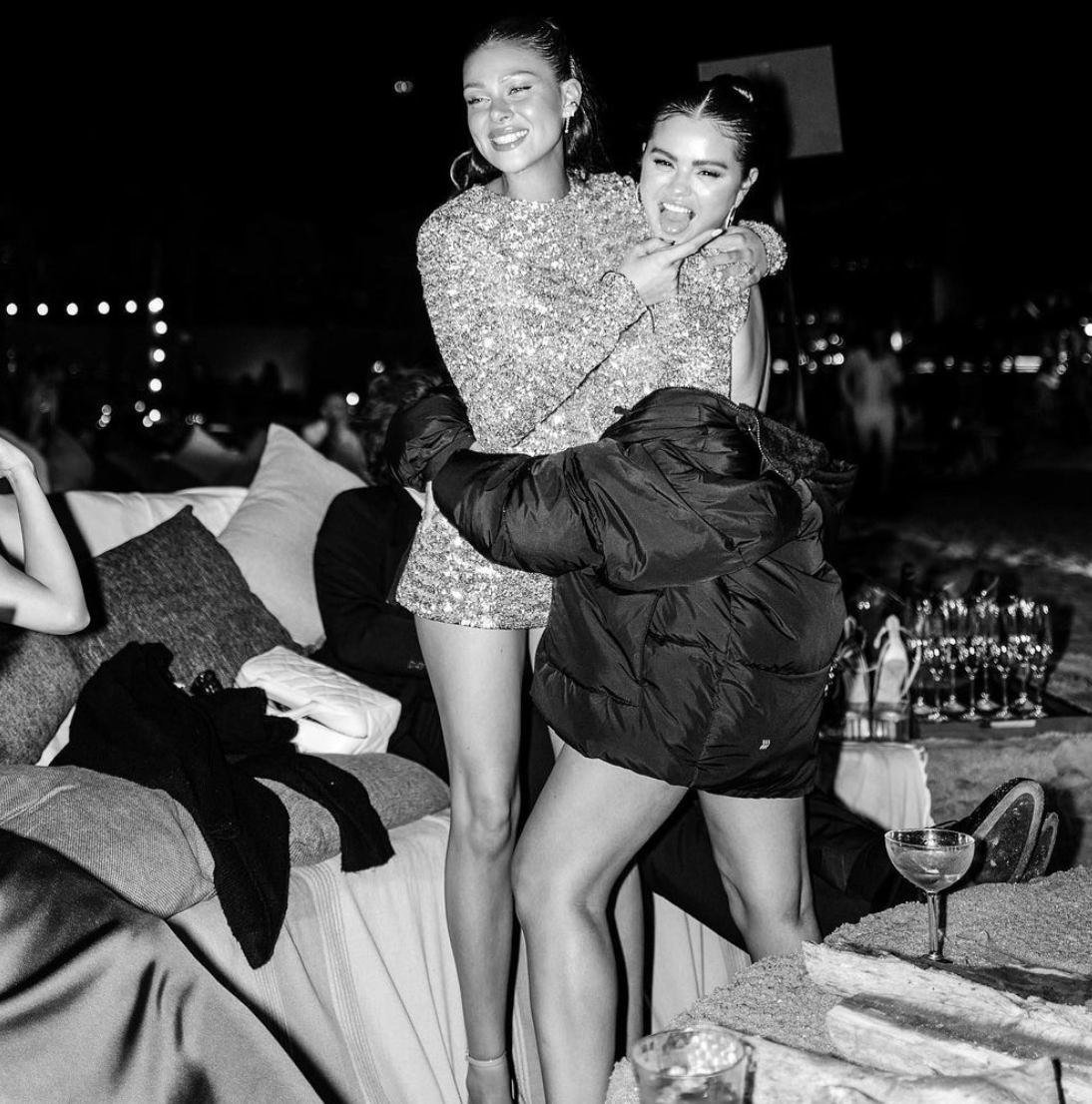 Nicola and Selena have been spotted together a lot recently, with the pair cooking together and making TikToks.

According to the same story post on Deux Moi, Austin Butler, Kaia Gerber, and Cindy Crawford were also separately spotted with friends at Flora Farms in Cabo. This must have been a popular destination for celebs this past New Year!