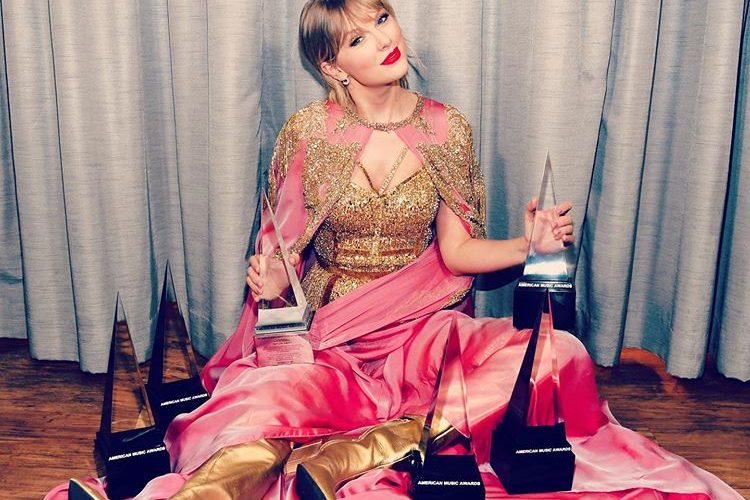 “The Man” singer and Billboard’s Woman of the Decade, Taylor Swift, just became The Man–if she wasn’t already before!

Not only did the infamous phone call that Kim Kardashian released years ago (in *strategic* parts) come out in full (and prove she was always telling the truth), but Taylor Swift came through for a couple of her fans after learning about their financial struggles this week.

Swift has always adored her fans. From making a fan an ultimate breakup playlist, to donating $1989 to a fan to help pay off her student loans, to gifting hand-painted guitars to terminally ill fans, Swift has shown up time and time again for her Swifties.

Now, during the Covid-19 Pandemic, she is proving once more that she has a heart of gold.

Two fans have confirmed that Swift reached out to them to help them financially during the Covid-19 Crisis.

In an interview with E!, Holly Tuner, one of the lucky fans to receive money from the star, says, “I saw that she had just started following me on tumblr, so I was jumping around and screaming about that, and then I saw that the top post on Tumblr was about the fact that I was financially struggling and I thought, ‘There’s no way she’s following me because of that.’ Then I started losing my mind even more.” 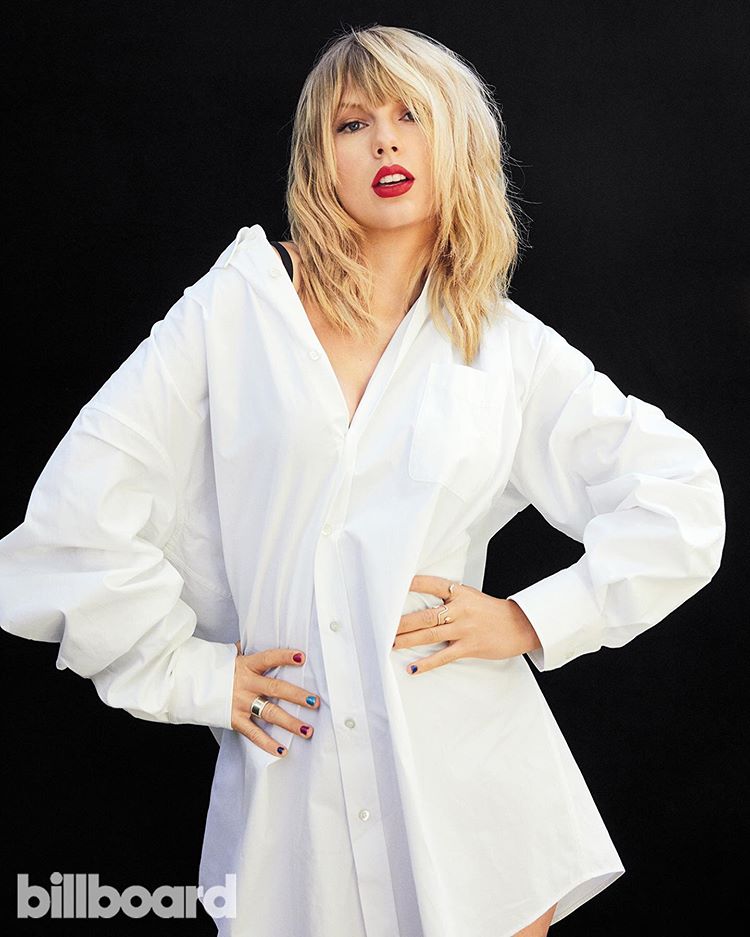 Turner credits Swift with being the reason she’ll be able to stay living in NYC during this crazy, unprecedented time.

Samantha Jacobson, the other fan who confirmed via Twitter that Swift gifted her money,  had published a Tumblr post promoting Feeding America; the link Taylor had posted to her fans encouraging them to donate if they could.

The post reads, “I wish so badly that I could donate to the link Taylor provided [to the charity Feeding America] but because of COVID-19 my job, my only source of income, is closed for a minimum of 30 days. I have no job, no income, no way to pay my bills rn. If anyone happens to be able to donate and has it in their hearts to do so, anything really really helps with bills right now.”

Soon after, Swift saw this post and reached out directly to Jacobson to help. 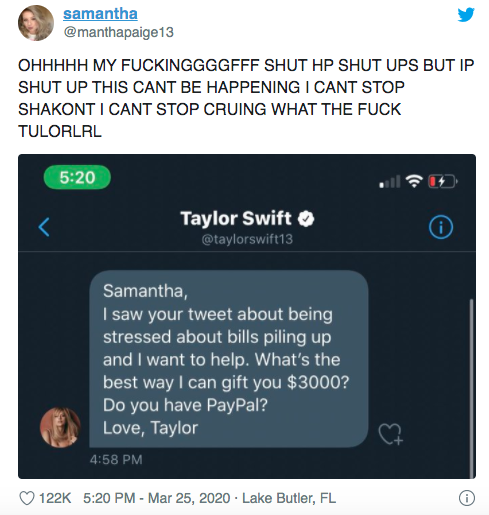 I feel as though it’s also worth noting, Swift had donated $1 million to the Tennessee tornado relief efforts earlier this year.

Taylor Swift, thank you for spreading a little love and lightness during these heavy times.