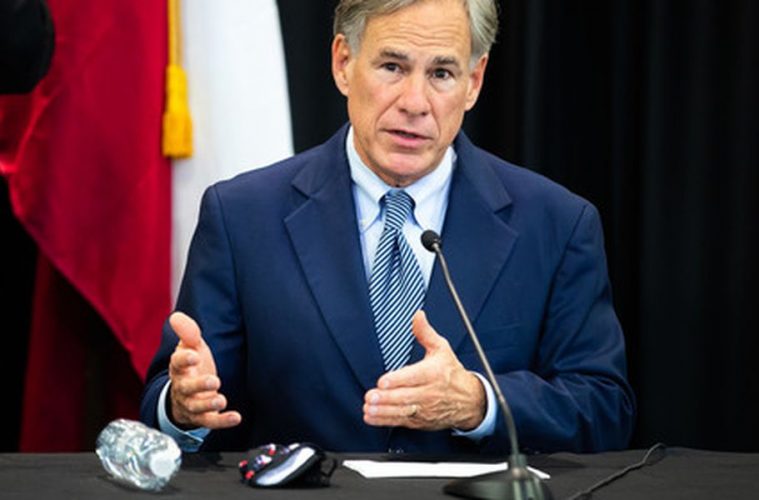 Texas governor, Greg Abbott, said on Tuesday that he was ending his statewide mask mandate, starting on March 10 and that all businesses in the state could reopen and operate with no capacity limits. 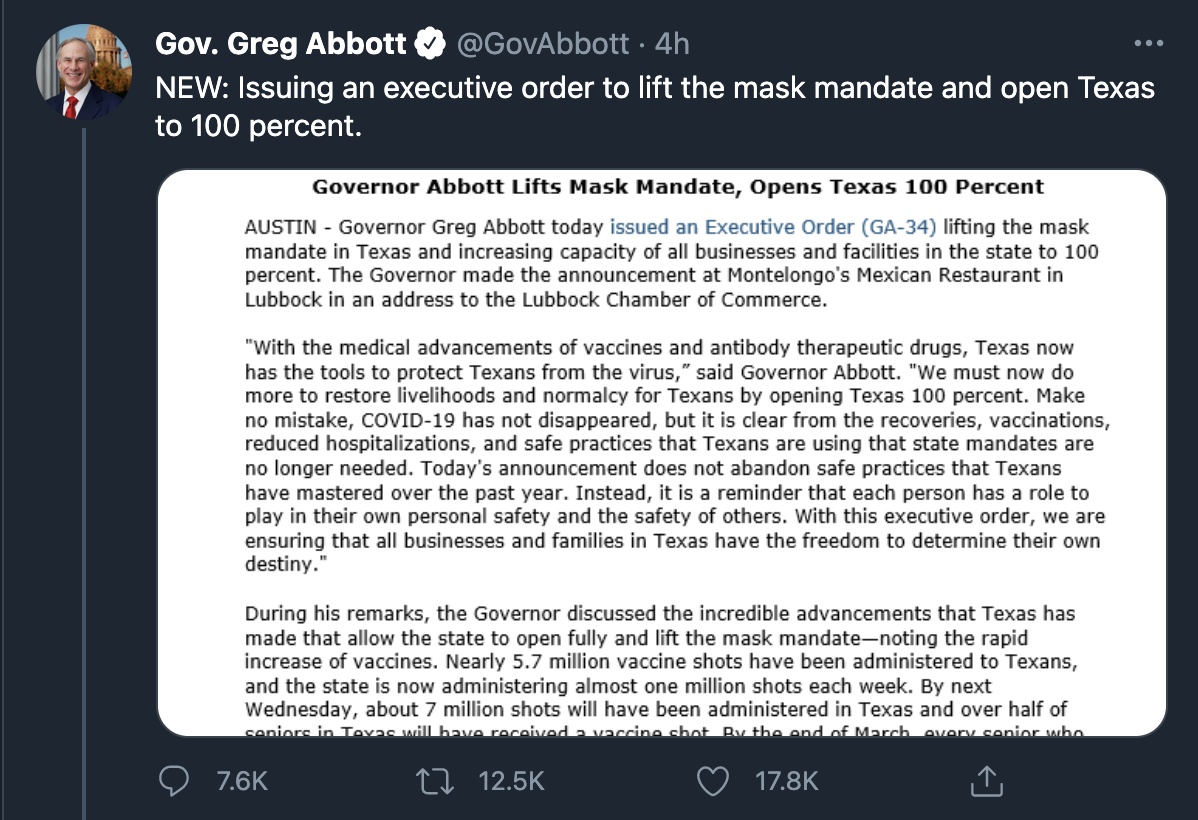 Mr. Abbott made his reopening announcement in a Mexican restaurant, on the anniversary of Texas’ declaration of independence from Mexico in 1836. “I just announced Texas is OPEN 100%” he tweeted on Tuesday.

The governor took the action after federal health officials warned governors not to ease restrictions yet since progress across the US in reducing coronavirus cases appears to have stalled in the last week.

Still, the Biden administration has warned states not to relax restrictions too soon, despite the recent decline in cases. Lately, the US has been averaging more than 67,000 new cases per day, which is more than at any time during the spring and summer waves of cases.

Texas was one of the first states to ease restrictions after the first wave, a move that epidemiologists believe was premature and led to the summer surge across the Sunbelt. The state has been averaging about 7,600 new cases a day.