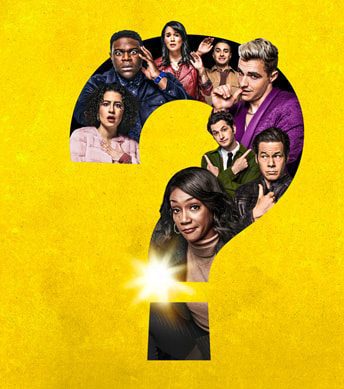 The Afterparty – Murder They Wrote Style Series Only On Apple TV+

With only two more episodes left in the season, you may want to add The Afterparty as one of your binge-worthy ‘must-see crime T.V. shows’ of 2022.

Created by Christopher Miller, the “Afterparty” centers on a genre of characters who attend a high-school reunion. However, an unexpected death occurs.

The investigation, drama, events, and sequences are cleverly wrapped up into a well-packaged ‘who done it’ style comedy.

What unfolds each week is Detective Danner played by Haddish interrogates the characters’ whereabouts leading up to a classmate’s murder.

The series opens up with Danner questioning Anniq (Sam Richardson) who replays his version of events by portraying himself in a rom-com movie. Zoë is Aniq’s (Sam Richardson) high school crush and the ex-wife of one of his classmates. The other five classmates provide their own narrative accounts. And just like Anniq, each describe their viewpoints through their own visual cinematic style.

New episodes air on Fridays on the Apple TV+ streaming service until the end of season 1 on March 4th.