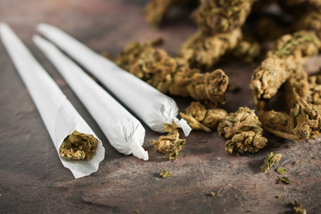 The Best Movies About Marijuana

A lot of lip service is given to stoner movies, which tend to be male-dominant buddy comedies where some people get remarkably high and hijinks ensue. These movies are perfect for getting high and zoning out; their light plot and gentle comedy poses no threat to those tripping on THC.

However, stoner flicks aren’t exactly high art. If you are looking for a movie about marijuana that says something about the drug, the users, the experience and/or the culture, look no further than the following films.

Admittedly, marijuana takes a backseat in this story about a movie director who drops acid to explore his emotions about his wife’s affair. Almost all of the film takes place within the main character’s trip — hence the title — which all but ensures some striking visuals and spectacular sets. It’s long been alleged that the cast and crew were constantly high while producing this film, which is perhaps why it is so fun to watch while utterly stoned.

Produced in the heart of 1960s counterculture, this loose narrative following a pair of hippies across the American West is one of the more undervalued films considering its unique ability to capture the true essence of the cannabis user. Weed is fun and goofy, but it is also meditative and healing for the body and soul. You should look for these moments in the details of the film, not the overarching plot.

The plot of Altered States is pretty simple: A psychopathologist studying schizophrenia wants to better understand the history and origins of humankind, so he submerges himself in sensory deprivation tanks and gets immensely high. Both William Hurt and Drew Barrymore make their film debuts — but it isn’t the acting that makes this movie memorable. This flick is most rewarding when viewed under the influence of a highly visual cerebral strain, like Headband or LSD, because it is then that the psychedelic visuals truly pop.

In Hopi, the term “koyaanisqatsi” means “life out of balance” — and that is certainly a good name for this mesmerizing, experimental film. Primarily slow motion and time-lapse footage, the movie doesn’t have a clear or coherent plot. Rather, the viewer is supposed to piece together the images to create meaning for him- or herself. Thus, you should search out a strain that helps you feel enlightened and creative — which you might need to consult with budtenders about if you are visiting more limited dispensaries in places like Arkansas. 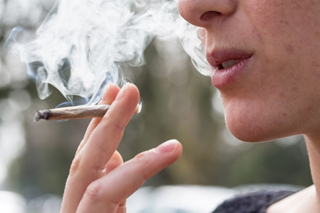 Though often lumped into lists with simpler (read: dumber) stoner titles, Dazed and Confused is in reality a beautiful and moving story about boys bonding and becoming men over bowls of bud. There are several glimpses of cannabis genius within this film, from how the act of smoking becomes a ritual for the main characters to how their stoner idols — Slater, Wooderson — function as ghosts of their past and future. Even if you have seen this movie 100 times, you should watch it again with an eye for the artfulness.

If you are older than 18 — and you should be, if you are smoking weed legally — there is almost no chance you haven’t seen The Big Lebowski. Irreverent, fun, profound and exciting, this film is easily one of the most popular cult classics of all time. The modern stoner’s hero, The Dude, is reluctant to be a part of a complex and mysterious plot that the audience desperately wants to understand. Thanks to the film’s episodic nature, you can get super-duper stoned and still catch the magic of this wondrous movie.

Author Thomas Pynchon isn’t known for light and easy stories, and the film adaptation of his novel Inherent Vice is similarly dense, fascinating, violent and mind-altering. With a star-studded cast, which includes Joaquin Phoenix, Josh Brolin, Owen Wilson, Reese Witherspoon, Martin Short, Benicio del Toro and more, this movie is equal parts love letter to and admonition against using drugs. You might want to go light on the weed before hitting play and only fully indulge when the credits roll.

Both Friday and Smiley Face are largely considered stoner comedies, which doesn’t necessarily disqualify them from this list but certainly makes them closer to Bill and Ted or Pineapple Express than any of the films above. Still, there is one thing that sets these two comedies apart from the rest: They feature minorities as main characters. Marijuana use among BIPOC and women is incredibly stigmatized and therefore rare to see on the silver screen. If you are looking for more lighthearted fare but still like a film that pushes boundaries, consider either of these two comedies.

Not every movie has to win an award, but considering that film can alter your worldview in positive ways, you might want to switch up your regular programming with a fantastic work every now and again. If that work just so happens to feature weed, all the better.