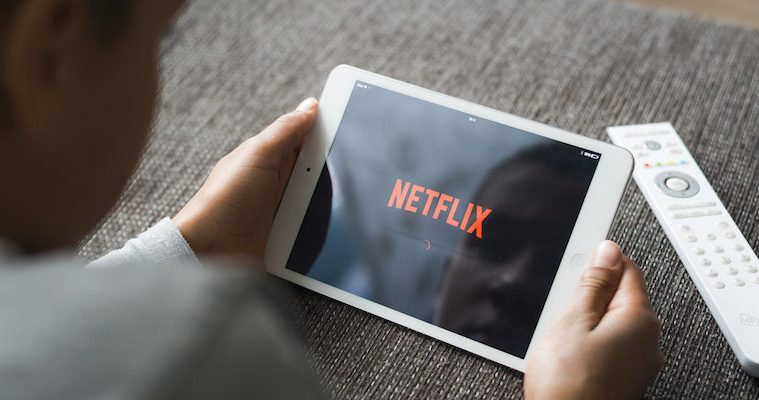 15 of The Best Summer Flicks To Watch on Netflix

Netflix and chill! Summer is the best time of the year to show off your new swim gear as you frolic on the beach – and it’s the perfect season to people-gawk while sipping Mai Tai’s at a lush rooftop patio after work.

But for those days that get extra hot and muggy, and you just want to plop down on your couch with a pint of Ben & Jerry’s and the AC blasting in your face –there are quite a few Netflix  that can keep you company.  From campy rom-coms to broody teen dramas to retro-throwbacks that will make you laugh, cry and reminisce about your childhood – here are 15 of the coolest Netflix movies you’ll want to add to your summer movie bucket list.

This raunchy cult classic follows a group of camp counselors on the last day of summer in 1981. But we’re here for the cast. Look out for Amy Poehler, Janeane Garofalo, Paul Rudd and even a young Bradley Cooper. When you’re finished, watch the sequels: “First Day of Camp” and “Ten Years Later.”

Part coming-of-age, part teen-romance – this movie follows a group of high school grads during their final summer before heading off to college. Look out for Riverdale’s KJ Apa, who somehow ends up shirtless in almost everything he films (not that we’re complaining).

What if you could go back in time and change a tragic event? This film takes an ingenious look at cultural and sociopolitical issues through the lens of science fiction. Kudos to Eden Duncan-Smith and Dante Crichlow in their portrayal of teen prodigies (Bonus: Watch out for a cameo from Michael J. Fox).

Widely known as the greatest surf movie ever made. In 1966, filmmaker Bruce Brown followed two American surfers, Mike Hynson and Robert August, as they searched for the perfect wave at exotic locations around the globe. But it’s Brown’s wry commentary that will have you hooked.

This campy vacation thriller follows two sisters (Mandy Moore, Claire Holt) who are trapped in a shark cage at the bottom of the ocean while vicious sharks circle around them. Perfect if you’re a fan of nightmare vacation tropes and the “Jaws” franchise.

Friendships are questioned after six longtime friends set out on a birthday road trip across Napa County. Reminiscent of other girl power comedies, like “Girls Trip” or “Bridesmaids”.

A “who done it” thriller starring Adam Sandler and Jennifer Aniston as husband and wife. While on vacation, the duo become prime suspects in the murder of an elderly billionaire – and hilarity ensues. Less raunchy and more of a lightweight comedy, but you’ll still be itching to figure out who the murderer is.

A New York model (Debby Ryan) flees to Australia after an embarrassing video surfaces of her. Beneath the comedic tropes, the film explores the benefits of stepping out of your comfort zone.

An aging Jewish baker struggles to keep his bakery open. In comes a young Muslim apprentice with a crazy idea: bake cannabis in the dough (and wouldn’t you know it, sales go up). A hidden gem on Netflix and a lighthearted story that explores race, forgiveness and overcoming prejudice.

A dying photographer (Ed Harris), his nurse (Elizabeth Olsen), and his son (Jason Sudeikis), take a road trip to visit the last lab that develops Kodachrome film. Expect the typical cringe arguments that come with a dysfunctional family road trip flick, but worth a watch if only for Harris’s performance. Bonus: the entire film was shot on 35mm Kodak film.

The perfect summer romance flick: Neighbors (Tom Welling, Teresa Palmer) fall for each other, even though they’re both already attached. The film takes a hard look at the choices we’re sometimes afraid to make concerning love and how those choices can affect the rest of our lives.

We can’t have a summer must-watch list without this throwback flick. Four BFFs pass around a pair of secondhand jeans that magically fit each of their bodies perfectly. This coming-of-age film delves deeper into summer love and lasting friendships.

A hidden Netflix gem, especially if you’re a sports junkie. A comedic take on the Danish national football team’s rise from underdogs to European champions in 1992.

A struggling producer (Anthony Anderson) and a teen music prodigy with anxiety problems (Khalil Everage) try to break into the music industry. Tons of new songs from emerging artists and the perfect movie to unwind to on a late summer evening.

A romantic drama that will make you reminisce about your first love: former high school sweethearts (Michelle Monaghan, James Marsden) reunite at a funeral after 20 years, and realize they still have feelings for each other.

What movies are you most looking forward to watching this summer? Scope out the latest on www.netflix.ca.