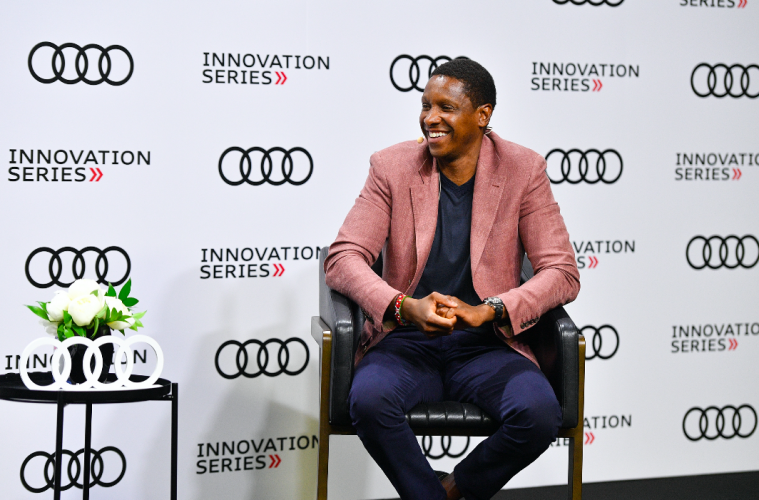 On June 22nd, Audi Canada developed its first-ever virtual iteration of the Audi Innovation Series (AIS), an annual speaker series designed to highlight leadership and innovation in a variety of fields. Following the health and safety protocols set out by the various levels of the Canadian government, the moderated discussion was recorded in-studio to be shared on Audi Canada’s social media channels.

Keynote speaker Masai Ujiri, President, Toronto Raptors, led the series by providing insight into the keys to his success as the president of the Toronto Raptors and founder of the non-profit organization Giants of Africa, a youth basketball program. “Understanding the intention behind your work is integral to reaping the benefits of innovative thinking,” said Ujiri as he reflected on his goals to support the development of youth, diversifying workplaces and hiring out-of-the-box thinkers. “Many things can be taught through an education, but it always comes back to your character as a person and the values that drive your work.”

Giorgio Delucchi, President at Audi Canada, summarized the value of maintaining the annual event despite moving it into the virtual space: “Creating dialogue and driving engagement through our annual Audi Innovation Series has allowed us to once again spark a meaningful conversation on the power of innovation in all aspects of life. We all enjoyed learning how innovation and creativity has played a significant role in the remarkable career of Mr. Ujiri.”

About the Audi Innovation Series