A Look at The Van Gogh Exhibit at Tate London

Tate Britain’s new Van Gogh exhibition is certainly causing a stir in London. It is a different kind of
exhibition. One that explores the creative influences on an artist’s work.

In Van Gogh’s case, by looking at the highly important period of his early twenties in London. It was the only time in his brief, troubled, life that he was happy. It had an enormous influence on him. It was also in London, years after his suicide – that his work came to be recognized for the genius that it is. Modern
art was changed forever. The Tate exhibit demonstrates all three of these points. 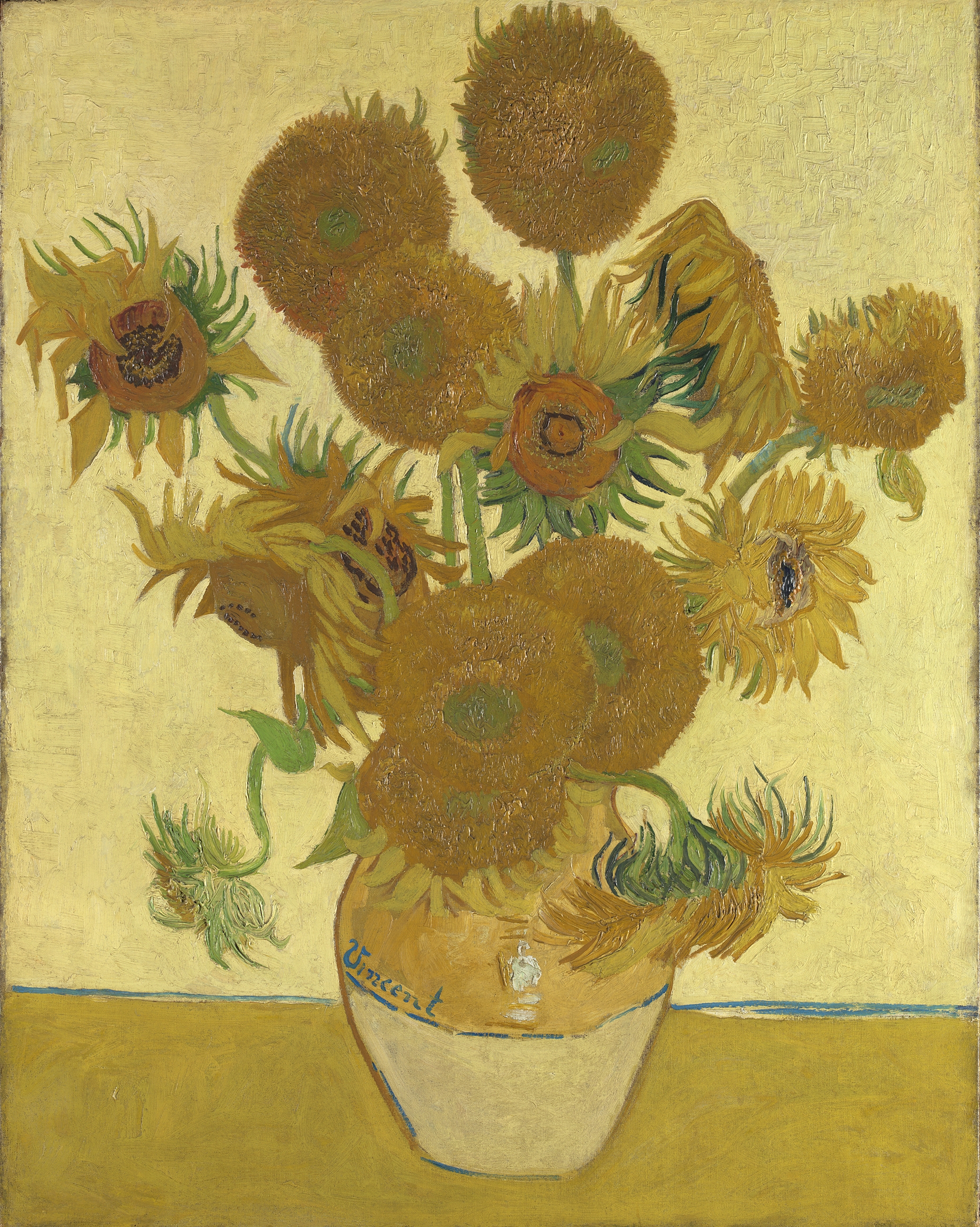 Van Gogh knew very little happiness in his life. He grew up with strict, overly, religious parents, in a
small provincial town in Holland. He hated school, where he was a gifted misfit. His escape to
London (as a trainee art dealer, in his early twenties), in consequence, felt like a complete liberation.
His letters about the period to his beloved brother Theo, contain that enthusiasm of early adulthood
we all know so well – freedom at last. And you may be surprised to discover he was fluent in English
– in fact several languages. A genius in so many ways.

Van Gogh fell in love with every aspect of British culture and this had an enormous influence on his
later work. Most obviously the paintings of Constable and Millais, but also the focus on ordinary
people and their lives which he had found in Charles Dickens. Who else painted a pair of old shoes?
In a very practical sense, his work as a dealer in black and white prints also attuned him to the
artistic possibilities of light and shade, later reflected in his own work. 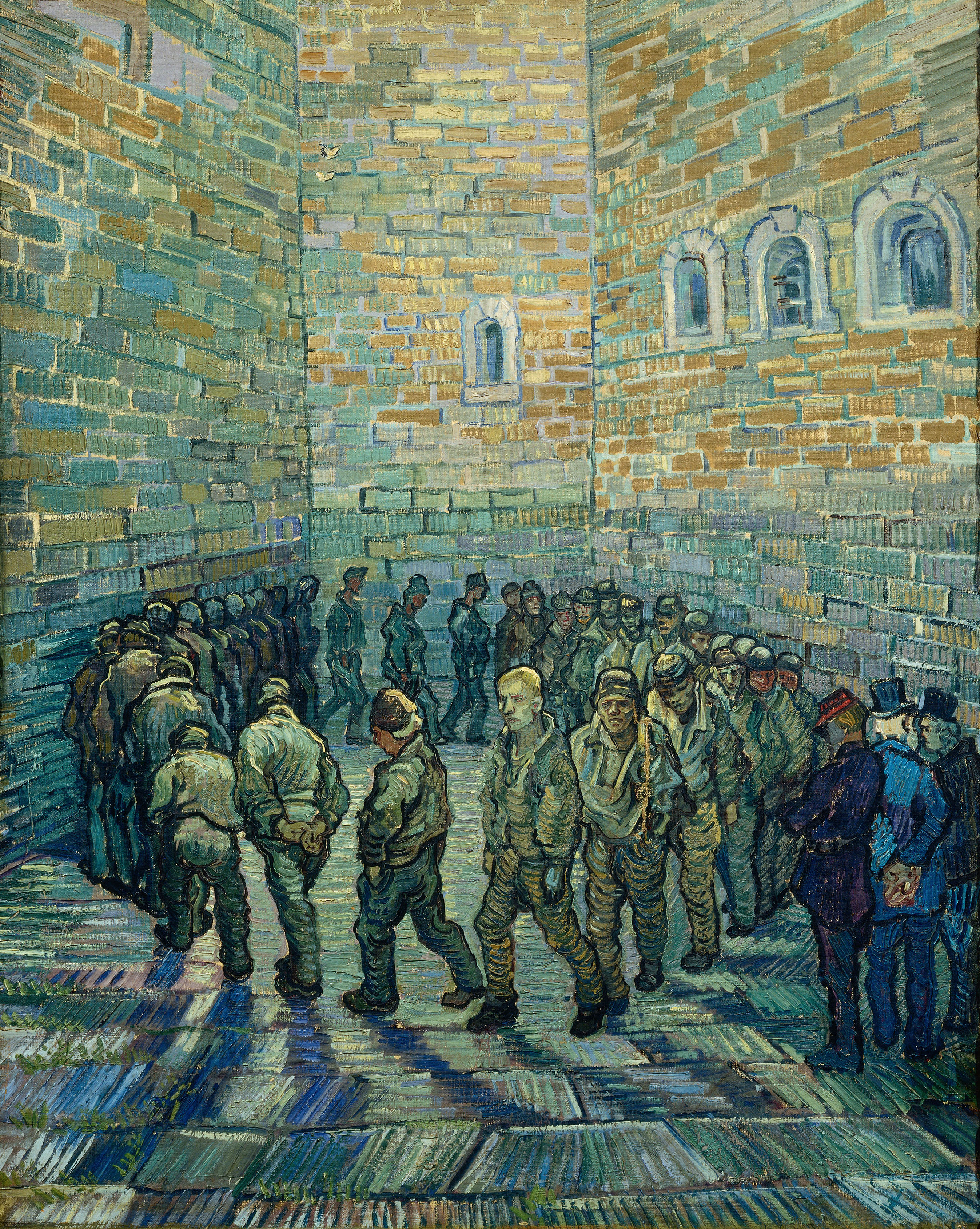 Gogh, Vincent van (1853-1890): Prisoners Exercising (Taking the Air in a Prison Yard). Moscow, Pushkin Museum*** Permission for usage must be provided in writing from Scala. ***

It was particularly interesting to see one of Van Gogh’s most haunting works “The Prison Courtyard.”
No doubt a comment on his own confinement in different mental institutions.  In the image above, note the two birds/butterflies escaping top centre-left of the canvas. There is an earlier London print exhibited
here which clearly inspired this work. After examining these themes we are led through a seminal exhibition of 1910 (twenty years after Van Gogh’s death) which introduced the public to his work. This introduced people to a new term known as “The post-impressionists.” 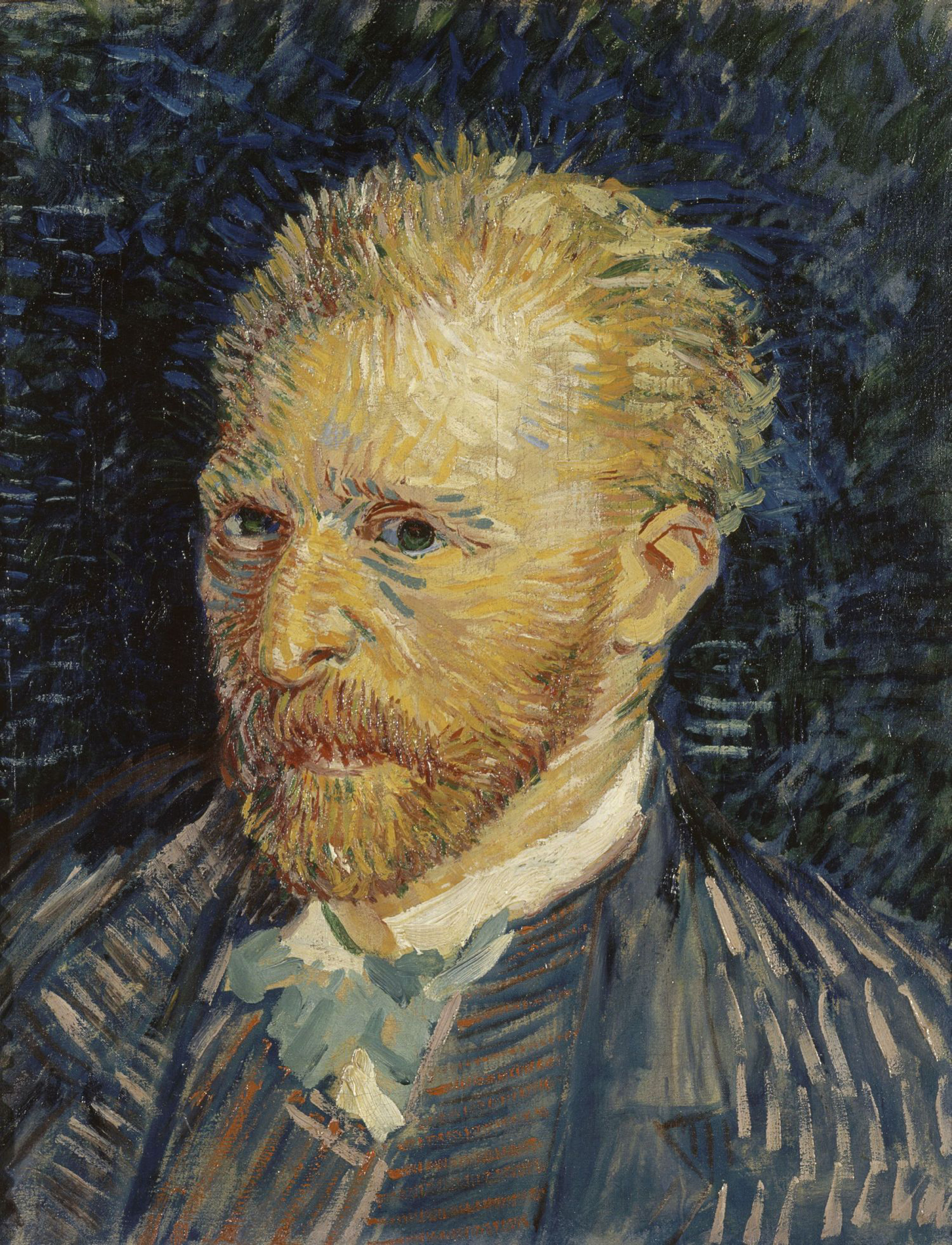 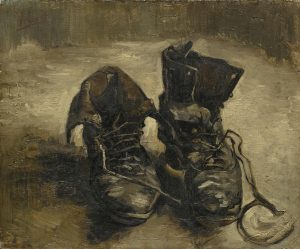 Art critic Roger Fry grouped together a series of very different artists. It is hard to see what links, say, Seurat with Van Gogh. But what united them was a new concentration on form rather than content. With Van Gogh there was a new, bold, colour saturation, and both he and Cezanne used innovative, decisive, brush strokes. This event is now considered to have been a turning point in British culture, and certainly Virginia Woolf commented “on or about December 1910, human character changed forever.”

Many credit Fry with heralding “the beginning of modern art.” Although at the time he was derided – “kind people called him mad.” There is indeed a brief discussion of mental health at the Tate, which is of
course highly appropriate. Van Gogh’s work was first thought to be “the ravings of a mad man,” and
there is still a common element of that prejudice in how we seek his work even today. And yet his
copious writings illustrate a much greater deliberation in what he was doing.

From here, we explore Van Gogh’s influence on later British artists. This is the least successful part of
the exhibition. The works chosen are pale imitations of Van Gogh. His own work stands out in each
gallery, a siren calling amongst lesser clones. In fact, the Tate has missed a trick here. Other artists
such as Duncan Grant, or a work like Guevara’s portrait of Edith Sitwell, would have been better
choices. You are left with the impression the revolutionary spirit of modern art moved on elsewhere
– to Russia, France and Germany, with the cubists and the expressionists. Only Bacon’s canvasses in
the final room stand out here.

For more art and culture insight, follow us @HOLRMagazine.