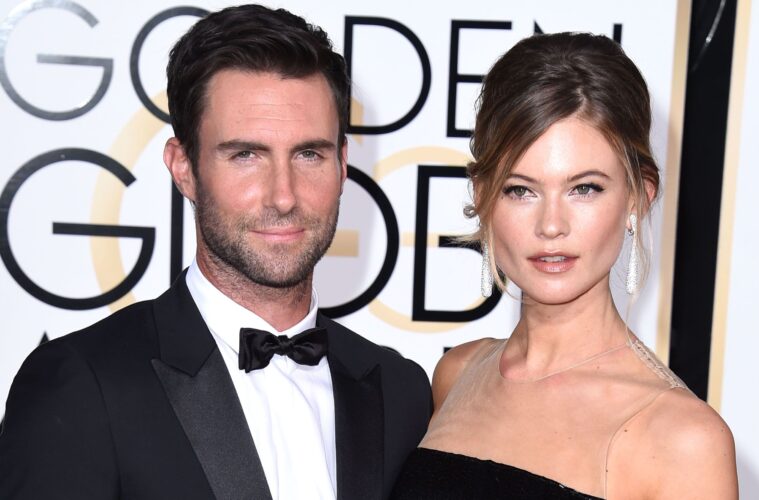 Weeks after an Instagram model accused Adam Levine of having an affair with her, which he denied, Levine and his wife Behati Prinsloo, who is expecting their third child, were spotted on a California beach.

On October 8, Weeks after the Maroon 5 singer refuted allegations of an affair, the pregnant Victoria’s Secret model and he were photographed in central California spending the day by the beach together smiling and cuddling. Behati, who is expecting their third child, sat next to her husband on a blanket in the sand and giggled the entire time. The couple, who have two daughters together, have maintained a united front since Instagram model Sumner Stroh came forward with her allegations of having an affair with Adam on social media, sharing flirtatious DMs she claimed he sent her. They have made a few public appearances together since the scandal broke. For the first time since replying to the allegations, Adam performed on stage last week with Maroon 5 at the Shaquille O’Neal Foundation’s The Event fundraiser in Las Vegas. Behati was seen supporting him backstage. The musician responded to Sumner’s accusations on his Instagram Story on September 20, “I used poor judgement in speaking with anyone other than my wife in ANY kind of flirtatious manner. I did not have an affair, nevertheless, I crossed the line during a regrettable period in my life. In certain instances it became inappropriate; I have addressed that and taken proactive steps to remedy this with my family.”

He went on, “My wife and my family is all I care about in this world. To be this naïve and stupid enough to risk the only thing that truly matters to me was the greatest mistake I could ever make. I will never make it again. I take full responsibility. We will get through it. And we will get through it together.”