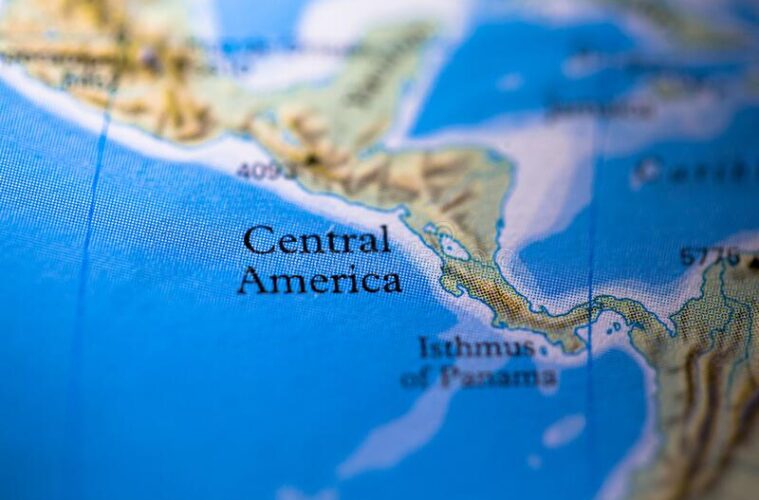 Around The World With HOLR: Best Places To Visit In Central America

Hey there HOLR traveller! As you may very well know, the world is a magnificent place filled with wonderful locations that make a great travel bucket list.

Central America is made up of seven small countries – each with magical places that make for a great trip. It is located right between Mexico and Colombia. From small towns to archeological sites, there is definitely something for everyone. And you can also enjoy the wonderful food that will be the “cherry on top of the cake” for your trip.

Guatemala is a small country in Central America located below Mexico and borders El Salvador and Honduras. It is known for its variety of nature and rich local culture. If you are looking for an adventure, Guatemala is the place for you.

Located in the Guatemalan highlands, this lake is one of a kind. It is surrounded by three volcanoes: Atitlán, Tolimán, and San Pedro. It is the deepest lake in Central America. The lake is surrounded by many villages in which Mayan culture is still present and traditional attire is worn. Santiago Atitlán is the largest of the lakeside communities, and it is noted for its worship of Maximón, an idol formed by the fusion of traditional Mayan deities, Catholic saints, and conquistador legends. While Maya culture is predominant in most lakeside communities, Panajachel has been overwhelmed over the years by Guatemalan and foreign tourists. It attracted many hippies in the 1960s. Several Mayan archeological sites have also been found at the lake. 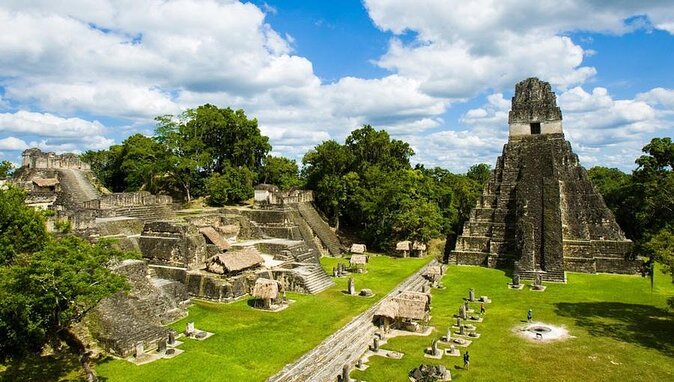 Tikal is the ruin of an ancient Mayan city. It is one of the largest archeological sites and urban centers of the pre-Columbian Maya civilization. It is located in the region of the Petén Basin, in the north of Guatemala. Tikal was the capital of a conquest state that became one of the most powerful kingdoms of the ancient Maya – in 1979 it was declared a UNESCO World Heritage Site. Here you can observe how ancient Mayan civilizations were settled and their constructions. The variety of pyramids and their arrangement not only show the architectural intelligence they had, but they also tell the story of how the Mayas lived. 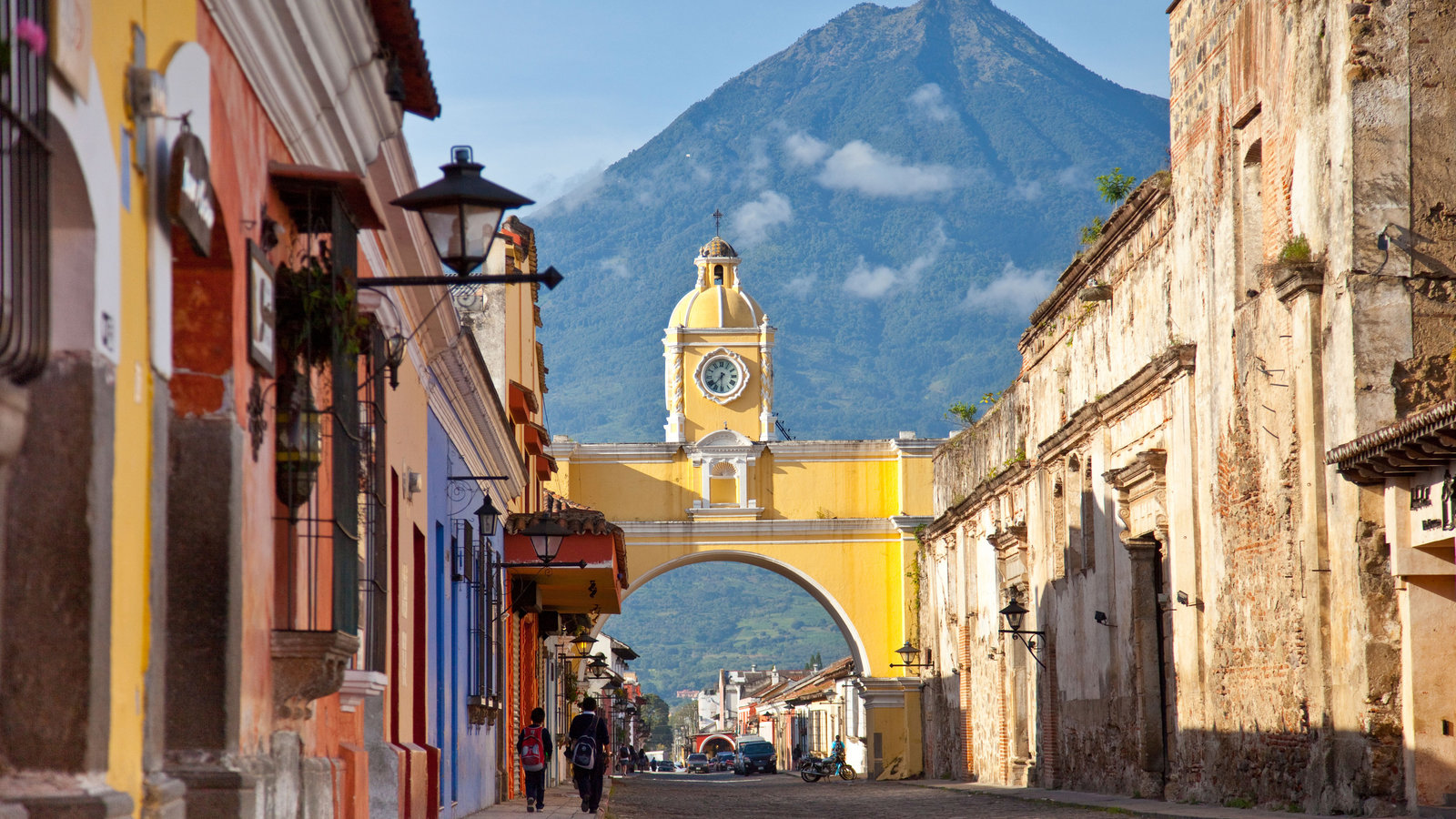 This is a colonial city in the central highlands of Guatemala. It is known for its preserved Spanish Baroque-influenced architecture. It is one of the most popular tourist spots in the country. Because of it, it is rich in cultural diversity. Many people from around the world have travelled to Antigua and settled there – making it the epitome of cultural fusions. You can find great food spots and an immense number of cool hotels and lodging houses to stay. Antigua used to be Guatemala’s capital, but on July 1773, a series of grave earthquakes destroyed the city and the people were forced to leave it behind and change the capital’s location. If you visit during Holy Week (also known as Semana Santa or Easter) you’ll be able to observe catholic processions that represent Jesus’s life during the period around his crucifixion.

El Salvador often gets overlooked by travellers and even by Overlanding backpackers. But this country is filled with amazing places that will accommodate whatever activity you are looking to enjoy. 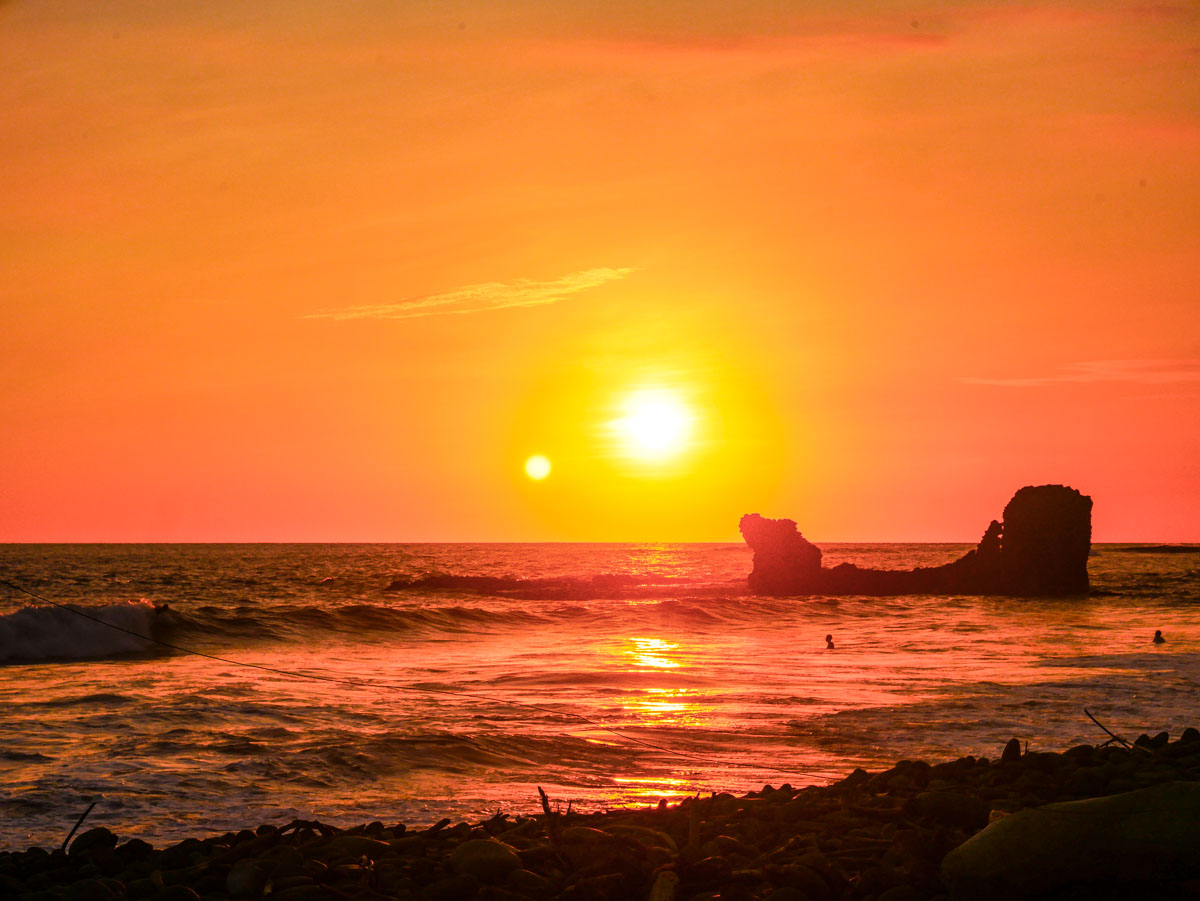 This is a funky two-street beach town. It is popular with backpackers and surfers. It has great waves to practise surfing and it’s even cooler when you can do it on a pebbly black sand beach. There are a bunch of food spots to visit and enjoy some delicious pupusas. At night, the bars provide the perfect ambiance to have a fun night out and meet people from all over the world. It is also very close to the dock in La Libertad, where you can find fresh seafood at a great price. 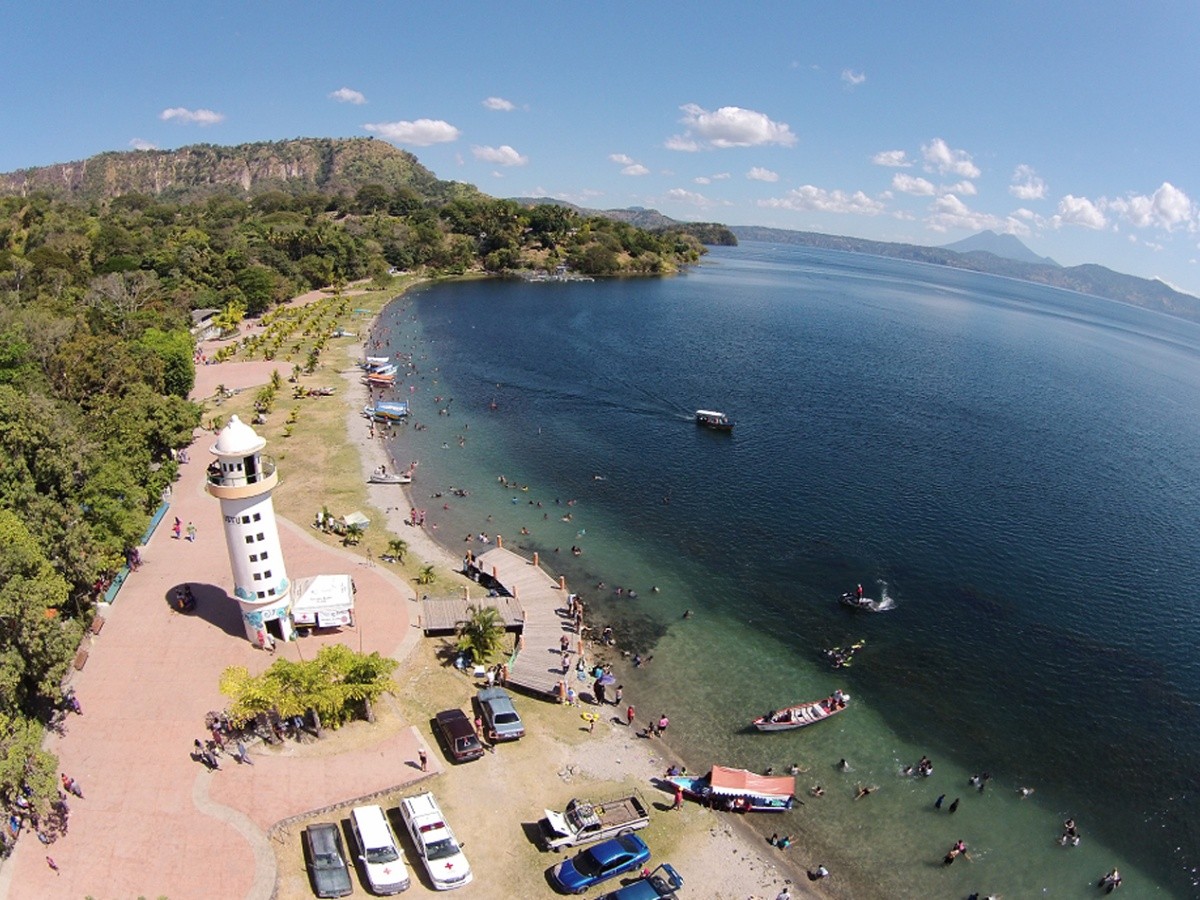 1,500 years ago, this placed used to be a volcano, but now it is a great lake in central El Salvador. It is loved by divers and boating enthusiasts. In the middle of the lake, there is a small island – usually known as “Isla de Los Patos” (island of the ducks). It is great for sightseeing and observing the diverse wildlife (especially ducks, obviously). It is a great spot for a day trip with family and friends. 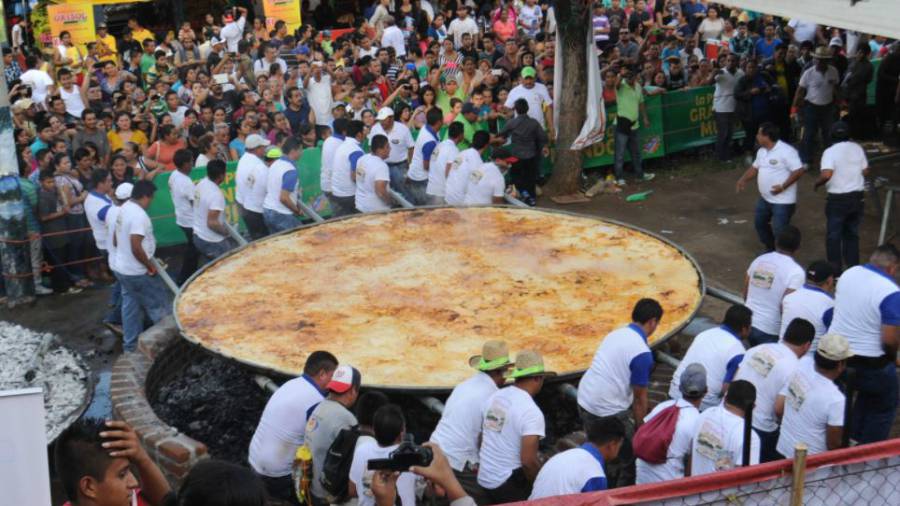 While this place is not really known for its beauty, it is definitely known for its great food. Here you’ll find endless pupusas spots to eat. It is well known for rice and cornflower pupusas, and you can order them with any type of filling you can imagine – from just cheese to jalapeño and even shrimp. Some spots are even open for 24 hours. In 2015, the town earned the Guinness World Record for the biggest pupusa with a diameter of 4.50 meters.

Costa Rica is one of the most visited countries in Central America. It has become a hot spot for retirees because of its cheap living, great weather, and friendly locals. 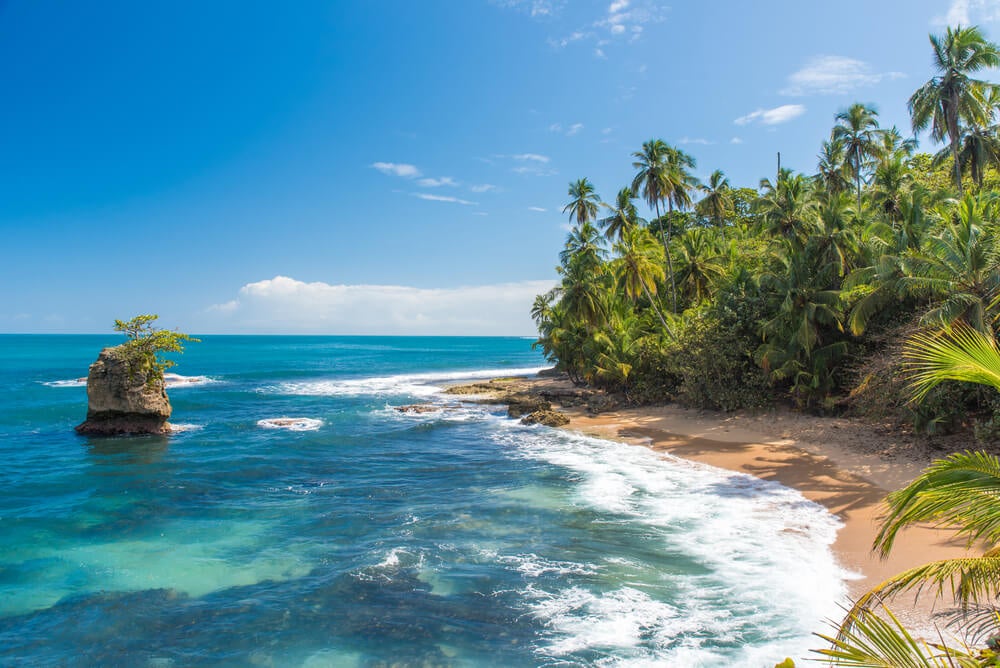 Located on the Caribbean coast near Panama, Puerto Viejo is popular with young people and backpackers because of its great beaches, surfing, and party atmosphere. It’s probably the most popular destination on the Caribbean coast. There are also many quiet beach hotels around for those who are looking for some peace. 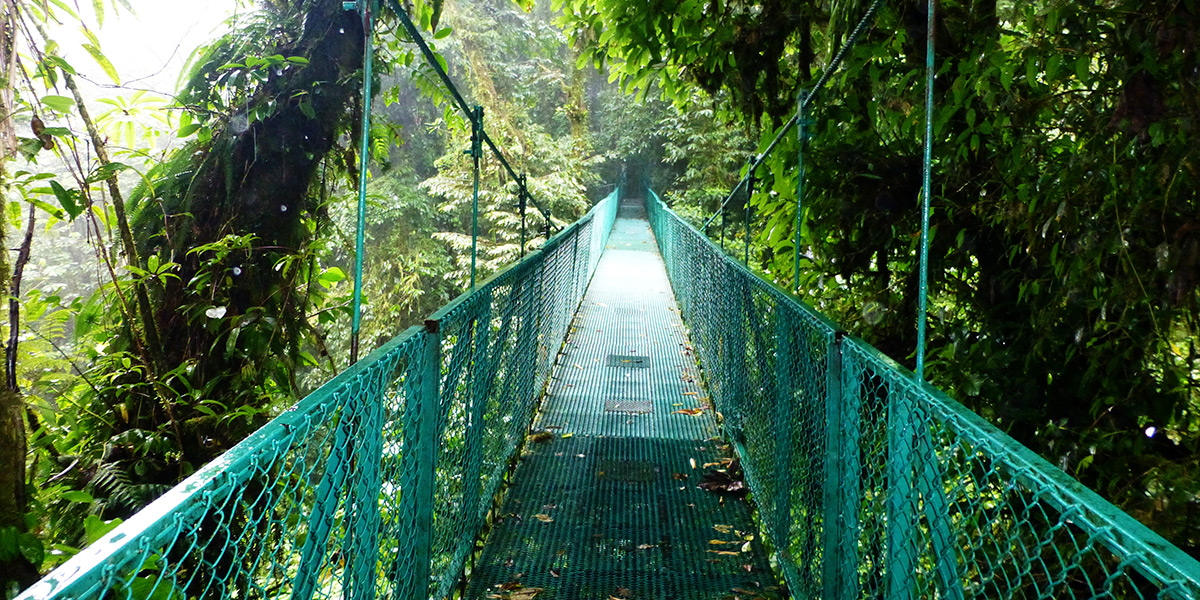 The nation’s premier cloud forest is the home to the elusive quetzal birds. Most people come to Monteverde for a glimpse of this rare bird. The area is one of the largest eco-tourism hubs in the country. The entire area is very green and wet. Witness it all on a zip-line adventure through the tree canopy or explore some of the sky bridges in the area. 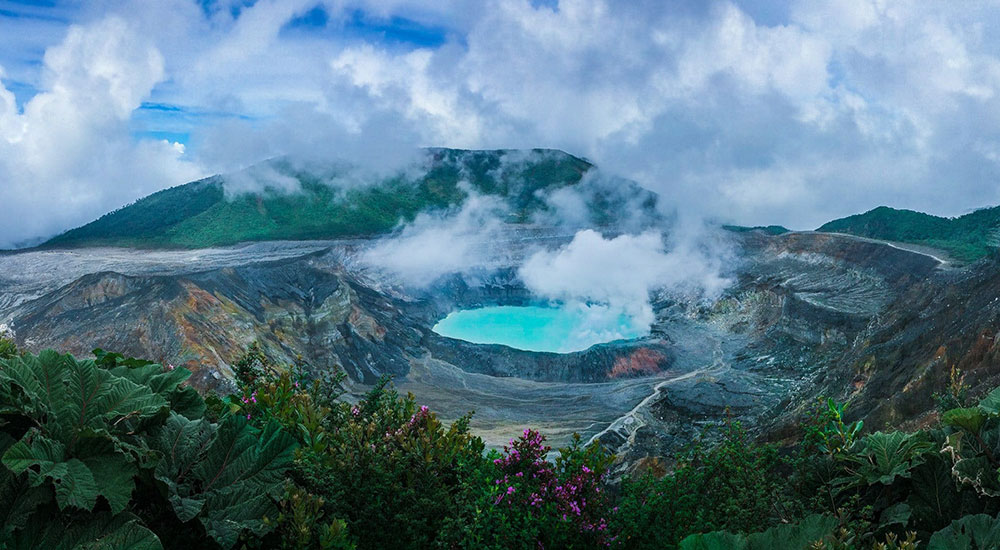 A great day trip from San José, Poas Volcano is an active stratovolcano with twin calderas filled with sulphur lakes. The lakes are so still, you’ll look at your picture and think you painted the colour on. The volcanos last erupted in 2019 and have erupted 40 times since 1828.

While it may be known for its iconic shipping waterway that connects the Pacific to the Atlantic, Panama has so much more to offer visitors than the Panama Canal – although seeing this human-made masterpiece is unforgettable. From mountain villages and skyscraper cities to coffee plantations and island archipelagos, there is something in Panama for everyone. 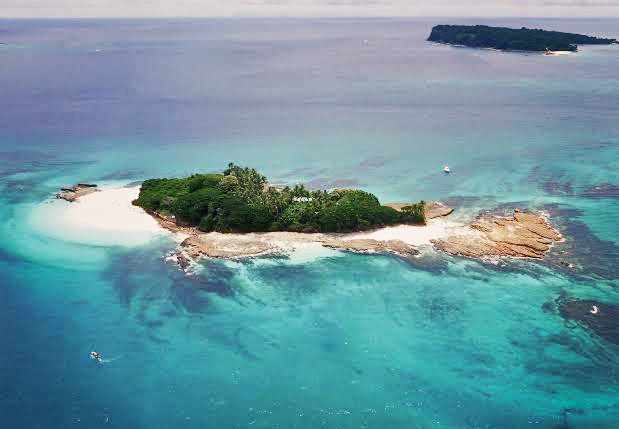 Panama’s Pearl Islands are a cluster of islands in the Pacific that featured heavily during three seasons of the reality TV show, Survivor. While most of the islands’ beauty lies in their isolation, Contadora Island is the most developed and boasts two luxury tourist resorts. Most of the activity surrounds relaxation: sunbathe on one of the many superb beaches, fish, and whale watch. 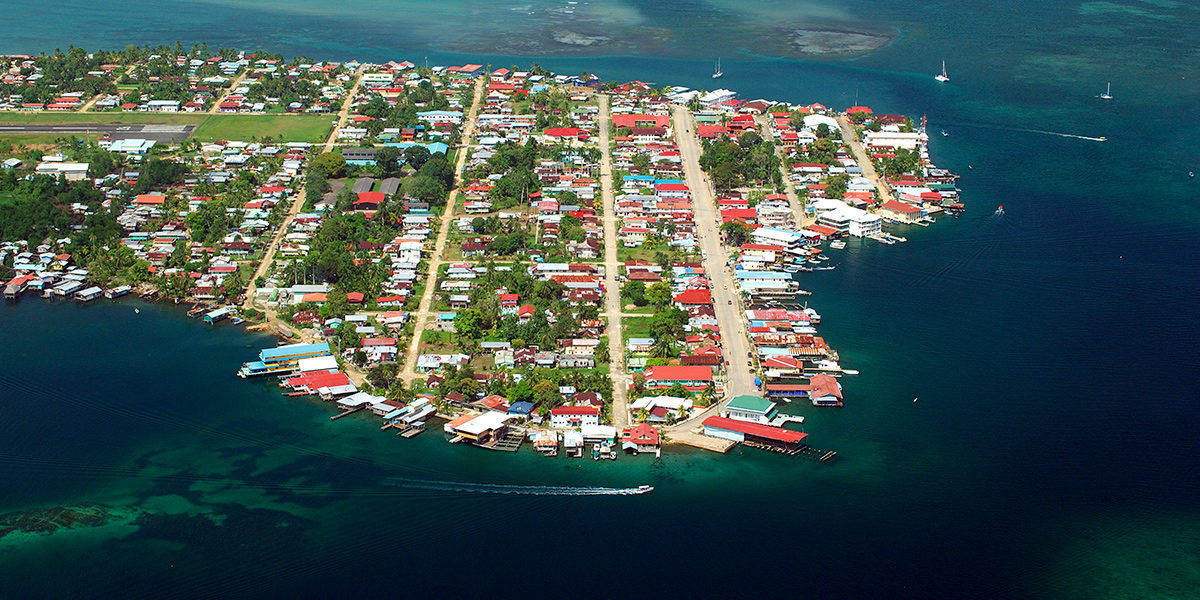 The Bocas del Toro Archipelago is a cluster of islands, islets, and cays between Almirante Bay and Chiriqui Lagoon in the Caribbean Sea. Located in the north-western region of Panama, the island group is part of the district and province of Bocas del Toro and is also home to a significant city of the same name. Visitors can explore the islands easily via water taxis and private boats, while Isla Colon is also accessible via ferry and plane with an international airport.

The Panama Canal is one of the most famous landmarks in Panama and of all Central America. It runs between Panama City on the Pacific side and Colon on the Atlantic side. The waterway provides a shortcut between two oceans and one of the world’s most popular shipping zones. A total of three major locks give access to the canal system and are the best places to witness the mechanics of the canal in action, particularly from the Miraflores Visitor Center, just a short drive outside of the capital. 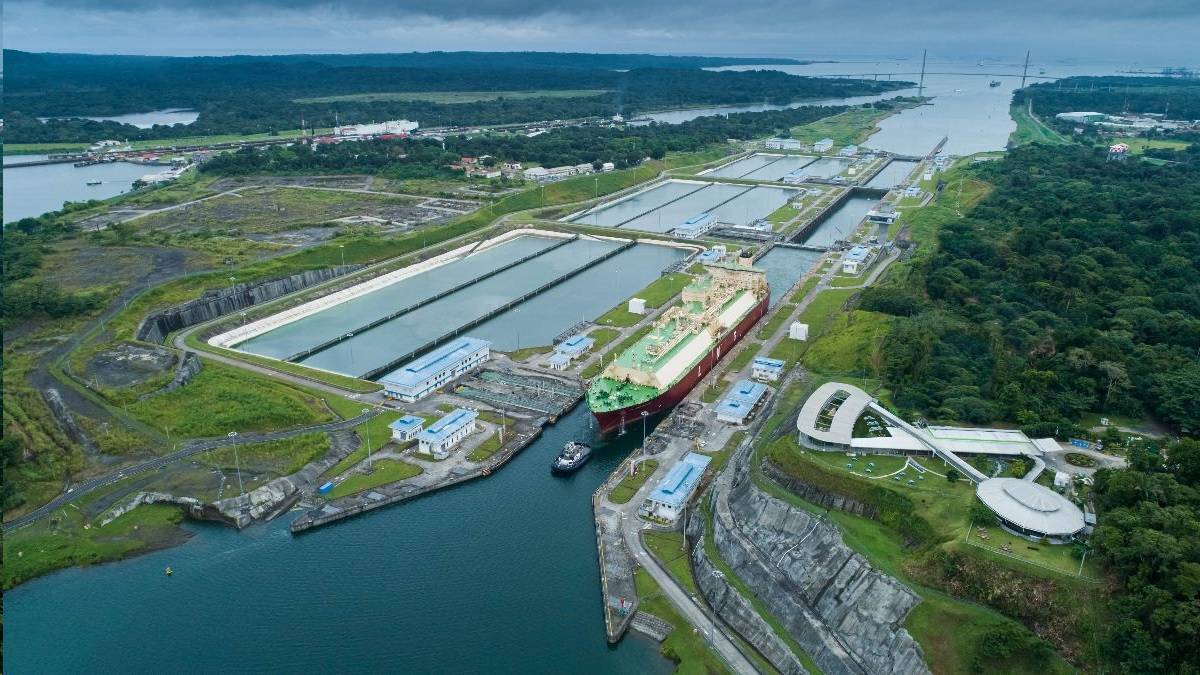 Many other places would make for an amazing travel bucket list. Every country, no matter how small it is, has its beauty and landmarks that are worth seeing at least once in your life. Remember to always travel safe and check any requirements each country has due to the pandemic. Hopefully, this guide will be helpful and you’ll have a great travel experience.