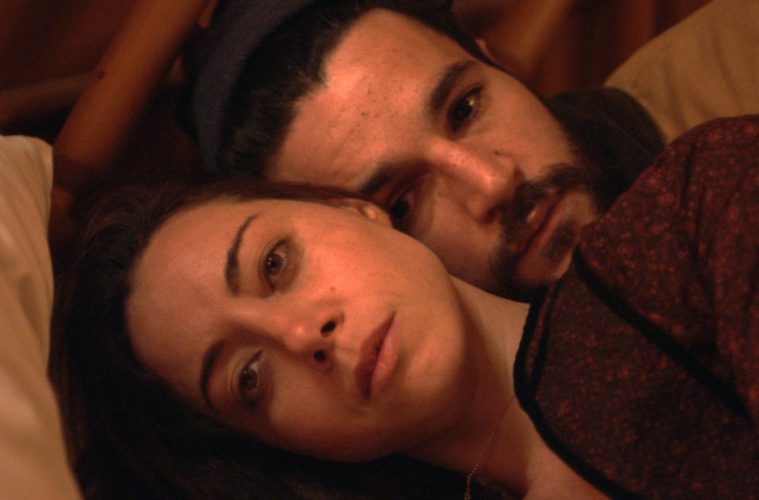 Building the world of Michael Levine’s ‘Black Bear’: An Interview with Tracy Dishman

The Sundance film ‘Black Bear’ tells the story of Allison, a female filmmaker [played by Aubrey Plaza], who is at a creative impasse and is seeking solace at a rural retreat for artists. In the mountain mansion, she is attempting to get away from her tumultuous past and everyday life, but finds the woods summon her inner demons in intense and surprising ways.

Tracy Dishman has designed many stand-out indie projects and Michael Levine’s ‘Black Bear’ is no exception. As the Production Designer of this film, she was tasked with creating a set that told not one, but two stories.

Take us into the world of Black Bear, what is it about?

Black Bear is the story of a woman who is a screenwriter. She goes on a retreat to get passed her writer’s block and ends up in a mountain mansion with a man and his pregnant wife. The film is the thought-experiment of alternative storylines and endings. Divided into two acts, the film uses the same set and the same actors throughout the whole film, but has them playing different roles from the first act to the second act.

From a set design perspective, to create this world we needed to make the retreat’s setting identifiable throughout the entire film, but still alter it enough to make it feel weird, out of time, and out of space. We essentially wanted to mirror the divided acts enough to cause that recognition of it being different and odd, but similar and the same.

As the production designer, can you walk us through your process of creating this set?

The nice thing about working on this project was that Michael and I were on the same page from the get go–which is always helpful. We also had an absolutely amazing crew. More than that, the location was beautiful; the tricky part was that it was isolated.

There were three weeks of preparations leading up to when we were going to be on location. While on location, we had one week  before we began filming, and then four weeks to film.

Once we began building this world, picking and placing different things, we began to be married to them. The great thing was that we were the first people at the location and had the opportunity to claim our space and figure out our needs to make it work for the storyline.

As the first ones in, we really could set up this world as we saw it. When we got there, the place held a very heavy country aesthetic, meaning our first order of business was stripping it down to make it make sense for our characters.

When people arrive on set, they don’t always realize how much has been done or changed, and that’s when it’s a success. When the set is dressed, the hope is always that it appears organic and natural and just makes sense.

How did collaboration with other aspects of the film’s crew come into play?

We collaborated a lot with the costume designer, Ally Pierce, to make sure everything coexisted properly. The dominant palette was nature, but with the convoluted storyline, we wanted pops of colour integrated in to mirror the change in the story and in the characters. To make sure it wasn’t over saturated we made sure to balance where we were putting in those pops of colour, collaborating with her to figure out which aspects made sense to show through costuming and which made sense to demonstrate through art and props.

Another thing we needed to take into account was the cinematographer, who changed his camera style when the acts changed. We worked with him to figure out what he needed for his shots. Depending on the energy of the scene, we collaborated with him to figured out whether or not he needed space in the scene or obstacles in his way.

It’s a funny movie but it’s also quite dark, how did that play into the production design?

Its funny for the same reasons that it’s dark, I think. It speaks to relationships and how excruciating they can be. With this scenario, it’s a couple with a third wheel. It plays on the subtleties that women pick up on each other, the way people interact, and the dynamics. So, for this set, we needed to make sure it was a natural place for these dynamics to play out; it needed to be a strong foundation, with supporting elements, that ultimately allowed the performances to stand out.

My process is very intuitive and very connected to the story. Having these three super strong actors meant my job was curating the art to support them. The goal was to make the set not so much about the individual design itself, but rather making it in a way that supports and adds to their performances, allowing their stories to shine through.

We’ve been hearing more and more about how actors like to steal props from set after a movie wraps. Is there anything you wish you could have taken from this set or any others?

For me personally, it’s a hazard of the occupation and it’s very easy for things to multiple very quickly and for us to hold onto things for sentimental reasons, also simply to acquire stock for the trade. I’m at the point in my career now where I try not to bring work home with me, though it definitely can be hard sometimes.

What was your favourite memory on set?

Everyday at lunch we would jump into the lake! There was no cell service, no wifi, no creature comfort, and so we were more connected to the space and actually got to experience a lot of what our characters were experiencing. It was nice to let that creativity come out while being knee deep in nature.

How was it working with this cast?

Couldn’t speak higher of them. Sarah is an absolute sweetheart; Aubrey is a powerhouse, strong in her talent, her presence, and is just all around inspiring; and Christopher Abbot is, well, a dreamboat. The whole cast and crew was amazing to work with and we all got along great.

What was the most challenging aspect of building this world?

100% the lack of technology; modern day workflow is heavily dependant on it, which meant we had to reinvent and problem solve in real time with the limited resources we had. It really required us to figure stuff out as the filming went on, but ultimately it was a really rewarding process.

For more on Tracy Dishman and her work creating different worlds for the entertainment industry, visit her website Tracy-Dishman.com.

The 5 Benefits to Gua Sha Therapy

“Alterations in Life”: Fotini Copeland empowers women to pursue their dreams and invest in themselves

Smart Home Technology to Watch Out for in 2020

Five Skincare Treatments to Get Ready for Vacation