Co-produced by Italian leading production company Rai Cinema and soon on Amazon Prime Video, Chiara Ferragni – Unposted explains the key behind Ferragni’s fortune and lets her followers into the entrepreneur’s private life in an 85-min documentary that feels like a longer version of her Instagram stories.

While the moments shared with her family and friends onscreen add nothing new to what we constantly see of Ferragni on different media platforms, the sequences about her work and road to success as well as the interviews of some of fashion’s leading players are interesting — mainly because they prompt viewers to think about some current trends of our society.

Different key figures in fashion and media are featured; from the likes of Alberta Ferretti and Christian Dior’s artistic director Maria Grazia Chiuri, to media giants like Forbes Women publisher Moira Forbes and Instagram’s director of media partnerships Eva Chen. These influential figures reflect upon how the advent of fashion bloggers and influencers is constantly redefining their work, cutting the distance between the people and the previously unattainable world of fashion. 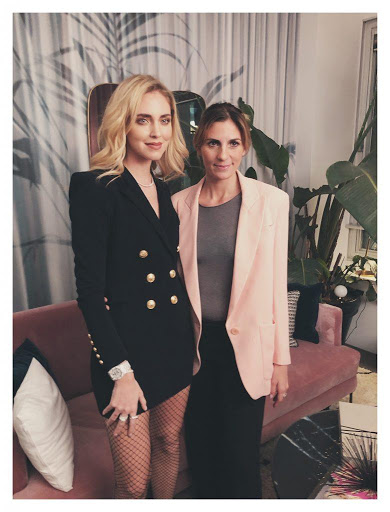 After starting her blog (The Blonde Salad) in 2009, Ferragni has quickly become more and more famous internationally, even more so after Harvard Business School made a business case out of The Blonde Salad in 2015. Two years later, Ferragni was the first name on Forbes annual list of top fashion influencers. This incredibly quick rise to fame goes hand in hand with what USC’s social media and communication professor David Craig calls a “disruption in society”.

Mastering the language of media and defining it herself as she uses it, Ferragni is the embodiment of a new type of digital communication. Artist Francesco Vezzoli describes Ferragni as “the elective daughter of Marina Ambrović and Big Brother” and I could not find a more accurate definition. As Vanity Fair director Simone Marchetti observes, the people who criticize Chiara for the content she posts do not understand that Chiara herself is not just the content but rather she is the means.

The main weakness of Chiara Ferragni – Unposted is the lack of a more critical approach, one that is usually embedded in documentaries and that allows the narration to develop. But as experts say in the film, this is the exactly the new type of storytelling that Ferragni’s success has normalized —  the lack of conflict. Ferragni’s fans do not follow her because they are interested in conflict and resolution.

Rather, they follow her as if she were the embodiment of a living advertising page (a concept that also comes up in the documentary), one that understands and guides her followers’ dreams and desires, as she lives the life they want to live, wearing the clothes they want to wear. Part of this ideal image are also Ferragni’s momentary flaws and weaknesses, which followers can see only when Ferragni lets them. As she herself claimed in the Q&A session after the premiere, she always “owns her own narrative”. This might be Ferragni’s biggest strength, her ability to built an empire that does not gravitate around any specific talent; Chiara’s talent is precisely to be able to sell and make a fortune out of her own image.

Ready for the @pomellato opening in Ginza, Tokyo ✨ #adv