Visa is a term used for authorization given by a country to individuals for visiting and staying inside that country for various purposes. These days there is a prefix golden being used with visas offered by some countries to foreigners to give an impression of something valuable or lucrative. A golden visa is nothing but a residency by investment program that allows foreign nationals to enter, live, work, and study in another country. Such a visa is aimed at wealthy individuals of other countries to feel attracted to buy a property to gain a permanent resident visa. You can buy a golden visa by investing a certain amount of money or by purchasing a property in the country offering this program. There is not one but several countries offering this golden visa to attract wealthy foreign nationals. 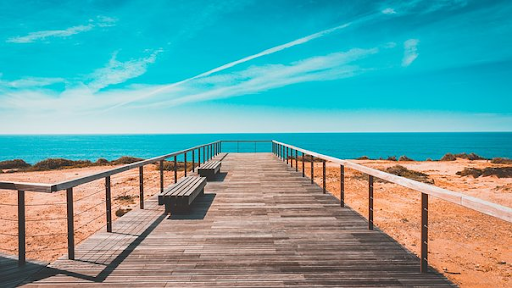 There is a misconception among people that Golden visa programs are launched by countries to attract foreign investment. It is also believed that the country offering such a program must offer a high quality of life to catch the attention of wealthy foreign nationals. Yes, some of the countries in the list of countries offering golden visa programs do so because of the high debt to GDP ratio but you will be surprised to see names of advanced nations like the U.S, Singapore, and Canada in this list. A vast majority of poor and economically weak EU countries use this authorization tool called Golden Visas to attract foreign investment in their economies.

As you can see, most of the countries in this list are EU countries that wish to take advantage of their high quality of life to attract wealthy individuals. Very few people are attracted to buy golden visas in rich and advanced countries like the U.S, Canada, or Switzerland because they have a very high cost of living. It is this reason why the most popular Golden Visas are that of economically weak EU countries like Portugal, Greece, and Spain. The Golden Visa program of Portugal is regarded by experts as the most affordable residency-by-investment program.

The reason why Portugal’s golden visa is regarded as the most affordable is that you can gain entry and live and work there with an investment starting from just 250,000 Euros. However, the more common options are real estate purchases of 350,000 and 500,000 Euros respectively. The following is a list of methods that you can choose to gain legal entry into this beautiful country with a majestic coastline lying on the western edge of Europe.

Portugal happens to be a very beautiful European nation blessed with a majestic coastline and stunning beaches. It has a highly developed infrastructure in place with a high-quality education for kids and a world-class healthcare system. What is most alluring for foreign nationals is that they get to enjoy living in a European country at a reasonably low cost of living. The Golden Visa for Portugal was introduced in 2012 in response to the economic crisis caused by the recession of 2009. In just 8 years, this residency by investment program has fetched around 5 billion Euros for Portugal. Nearly 6500 people have benefitted from this program. Among these people are Chinese, Brazilians, Turks, and South Africans.

Why Buying a Residency in Portugal is a Great Idea

If you are a non-EU national desirous of getting a chance in living in a beautiful and peaceful European country, there is no country better suited to your requirements than Portugal. It may not be rich and advanced like Switzerland but it is amazingly beautiful with a long coastline and boasts abundant sunshine throughout the year. Remember that you are getting this opportunity only because Portugal needs foreign investment to bolster its sinking economy. By gaining residency in Portugal, you will be able to gain access to all other European countries. By buying a residency through investment in real estate, you can also bring your dependent kids and old parents to live with you in Portugal.

You need to spend just 7 days in Portugal in the first year of residency while you are required to stay for at least 14 days in the next two years. It means you can continue to live where you are and spend a beautiful vacation in this amazing country. You can earn a decent rental income from your property. Portugal is one of the most popular tourist destinations in the world with millions of tourists arriving in Portugal every year. If one compares the annual rental yield of real estate, he finds that it is nearly 3% in cities like London, Paris, and Milan whereas the rental yield in Lisbon and Algarve in Portugal is more than 5%.

How to Apply for a Golden Visa

As this program is trying to attract rich foreign nationals outside the EU, you must have sufficient money to prove that you can buy a property with legally earned income. You can apply for a permanent resident visa after purchasing a property of the value that is required under the Golden Visa Program of Portugal. Just remember that it takes several months for the processing of applications under the Golden Visa program.

Many countries around the world try to attract foreign investment by offering residency through investment programs. You will be surprised to see rich and advanced countries like U.K and U.S on this list. But the most popular and also the most affordable golden visa program is that of Portugal.