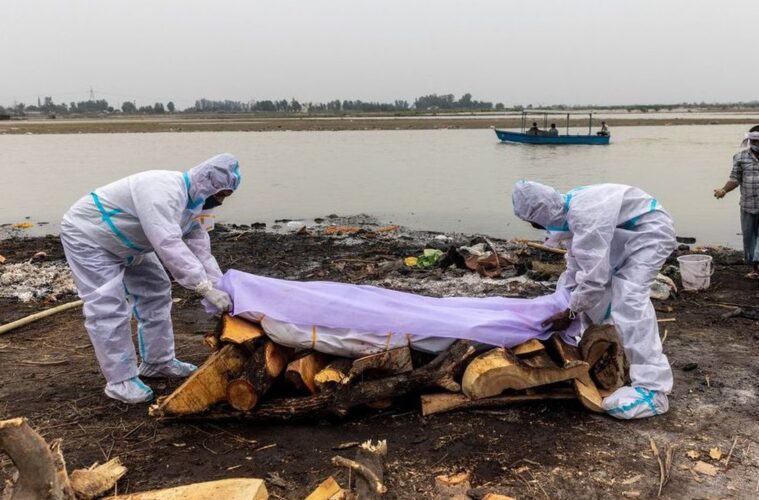 Police are reaching out to villagers in northern India to investigate the recovery of bodies buried in shallow sand graves or washed up on the Ganges River banks.

Police used portable loudspeakers with microphones asking people not to dispose of bodies in rivers. “We are here to help you perform the last rites”.

On Friday, rains exposed the cloth coverings of bodies buried in shallow sand graves on a wide, flat riverbank in Prayagraj, in Uttar Pradesh state.

Officials say the riverside burials have taken place for decades. But the sheer numbers in the shadow of the pandemic are focusing more attention on the practice.

It comes as India registered another 4,077 deaths on Sunday, taking the total fatalities to a devastating 270,294.

Navneet Sehgal, a state government spokesman, on Sunday denied local media reports that more than 1,000 corpses of COVID-19 victims had been recovered from rivers in the past two weeks. 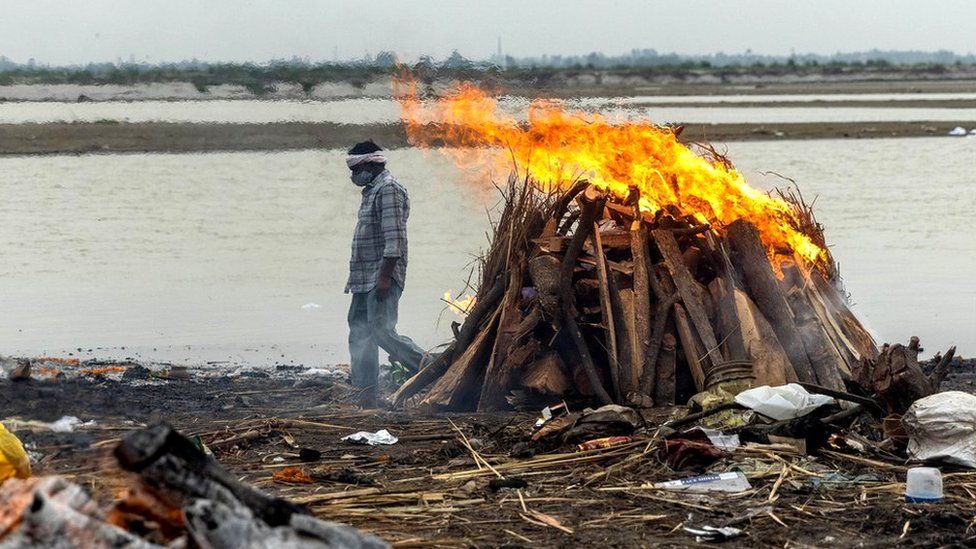 Ramesh Kumar Singh, a member of Bondhu Mahal Samiti, a philanthropic organization that helps cremate bodies, said the number of deaths is very high in rural areas. Poor people have been disposing of bodies in the river because of the exorbitant cost of performing the last rites and a shortage of wood.

K.P. Singh, a senior police officer, said authorities had earmarked a cremation ground on the Prayagraj riverbank for those who died of COVID-19, and police were no longer allowing any burials on the riverfront.