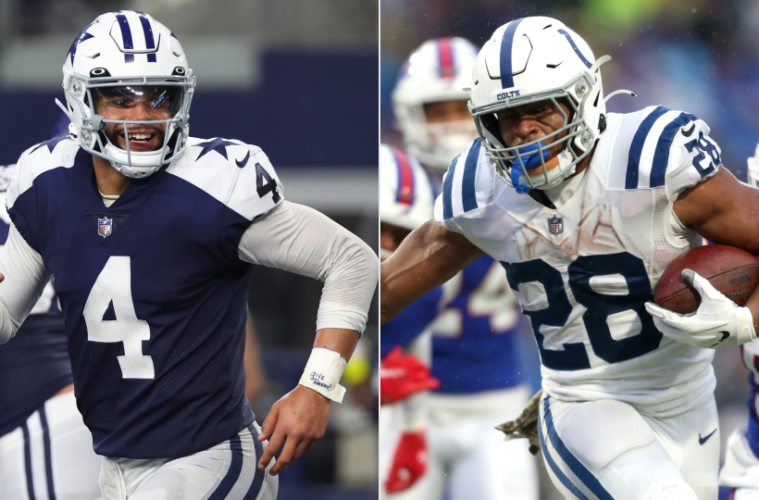 The Dallas Cowboys defeated the Indianapolis Colts by a score of 54-19 yesterday.

Continuing on with the season-long themes of the Cowboys’ dominance and the Colts’ failure, the Sunday night primetime game demonstrated the strengths and shortcomings of both teams. 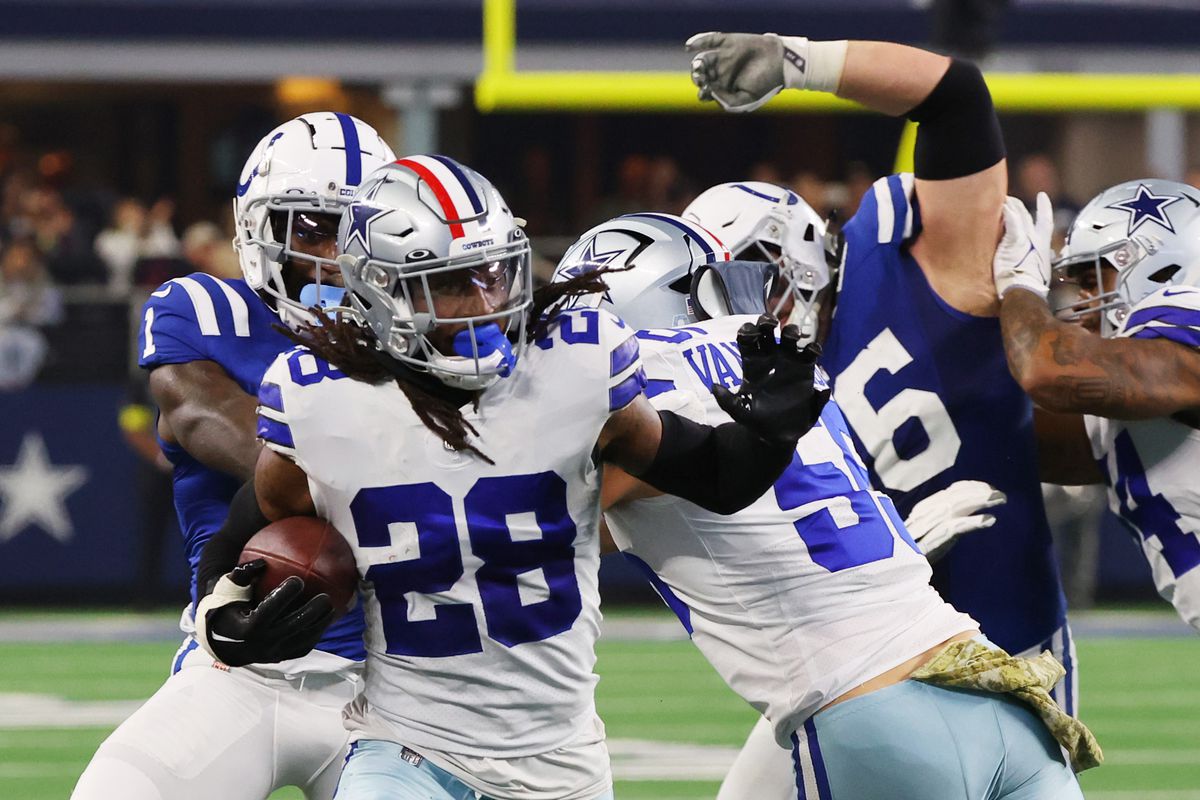 The Cowboys prolific offense put together a scoring display in the fourth quarter. After coming into the final quarter up by only two points, Dallas proceeded to score 33 unanswered points leading to the final result.

Running backs Tony Pollard and Ezekiel Elliot once again led the Cowboys’ attack tallying  168 yards and three touchdowns between them. Against a usually-stout Indianapolis run defense, the tandem was able to carve out significant yardage and scoring opportunity.

While Dak Prescott, the Cowboys quarterback, put up average stats, he had nowhere near the impressive game that he was supposed to. He managed to link up with Michael Gallup and CeeDee Lamb on a few occasions but the running game was the focal point of the offense tonight.

Contrary to what the scoreline would suggest the Cowboys’ defense had an excellent game. The staunch defense limited last year’s most prolific running back Johnathan Taylor to just 82 yards on the ground. As well, they forced Matt Ryan to make three costly interceptions, another reason that the Cowboys won.

The final quarter of the game was the most lopsided since 1925. Also, they scored the most points in a fourth quarter since the 2007 Detroit Lions, fitting in one point behind their 34. 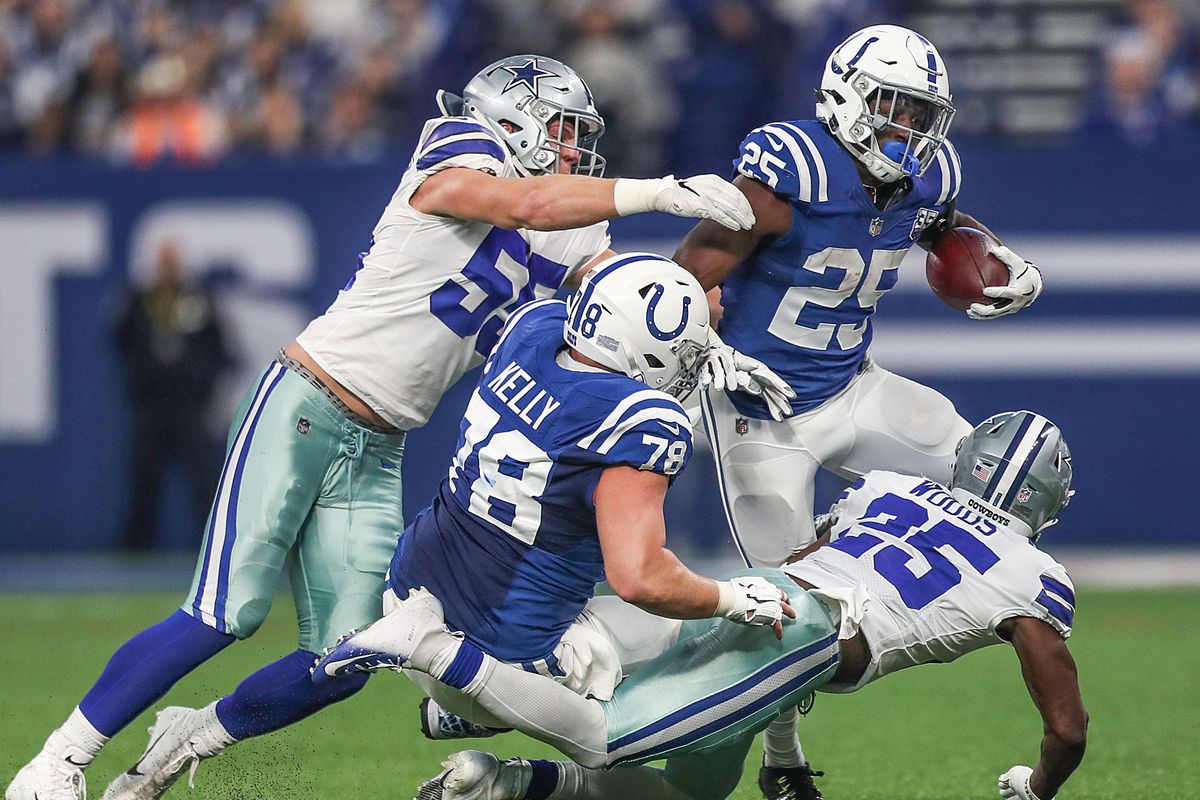 Overall the first half of play went relatively well for the Colts. Leading 10-7 after the first quarter. Their first-half dominance would not last, however, as they were utterly demolished in the second half of play. the defense played relatively well forcing an interception and limiting Dak Prescott’s yardage. This did not last though as they let Pollard and Elliot torch their defense in the fourth quarter.

The shining star of Indy’s weak night was the rookie wide receiver, Alec Pierce. The 22-year-old put together an excellent performance nothing four receptions for 86 yards and a touchdown. He managed to create scoring opportunities against a defense that was staunch in every other aspect.

Johnathan Taylor, the Colts’ star offensive threat, was able to put together an average performance. When the Colts play well so does Taylor and vice-versa. For the Colts to be able to compete against playoff-bound teams like the Dallas Cowboys Taylor will have to put up numbers similar to last year when he was in the MVP race.

If the Colts were able to continue to limit the Cowboy’s offense as they did in the first half they would have been able to come out with the victory. While this was a sound win for Dallas they need to improve their passing attack before they face any real competition, especially because this year their division is the best in the league.

Dak Prescott will have to play like his pre-injury self or the Cowboys will lose early in the playoffs. Maybe a return to the surprisingly-superb Cooper Rush would revitalize the team for their playoff push.

With the draft approaching quickly for Colts fans their hopes for new quarterback play will continue to increase. The aging Matt Ryan seems to have no future in the NFL and will most likely retire before the 2023 season. While their core is sound the Colts require better quarterback play to lead them to a Lombardi Trophy.