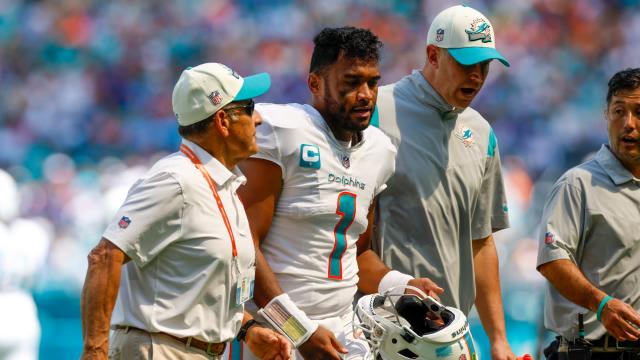 Tua Tagovailoa, the quarterback for the Miami Dolphins suffered a concussion on September 29th. 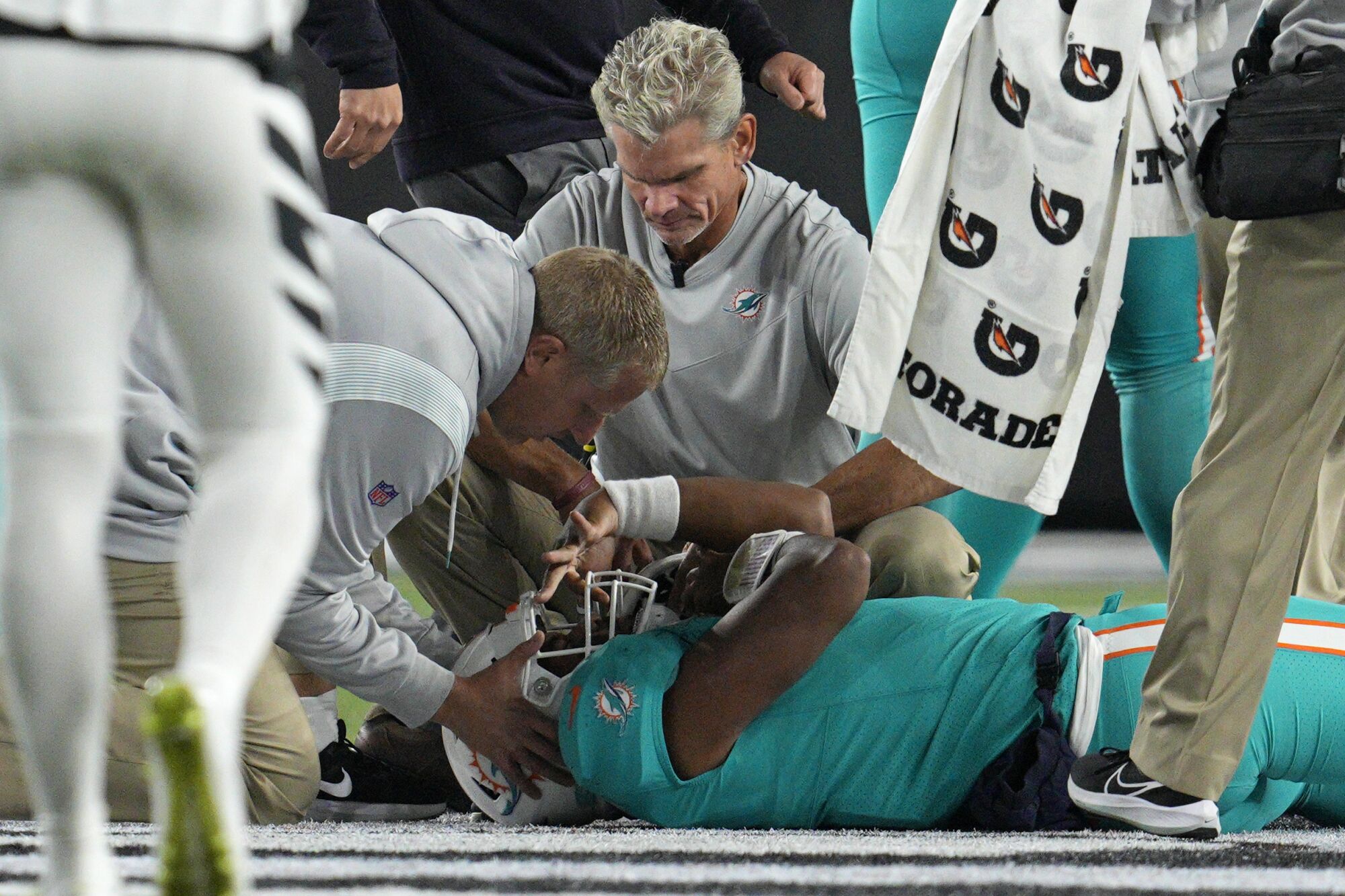 During the Dolphins’ week four game against the Cincinnati Bengals, star quarterback Tua Tagovailoa suffered a brutal hit when being sacked. This hit resulted in Tagovailoa being pulled from the game immediately due to the NFL’s concussion protocol.

Previously to this, in the Dolphins’ week 3 game against the Buffalo Bills, Tagovailoa took a hit and wobbled when standing up. It was evident to most onlookers that Tagovailoa had suffered a concussion. Following a short break from the game, Tagovailoa returned and finished the bout.

While the NFL and its fans may have dismissed the event, as most fans have trust in the on-site medical personnel, the effects on Tagoailoa would be long-lasting. The next game, when Tagovailoa received another crushing blow to the head, the consequences were far worse than the previous week. He was placed on a stretcher by paramedics.

Tagovailoa’s fingers were sprawled unnaturally, and his head had hit the ground incredibly hard. It was evident to all watching that Togovailoa had suffered an incredibly serious concussion, just a week after he had stumbled getting up after a big hit.

Dolphins coach Mike McDaniel was mostly blamed for putting Tagovailoa back out after the hit the week prior and putting him in harm’s way. ” “That is not part of the deal that anyone signs up for,” McDaniel said after Tagovailoa was stretchered off the field, his voice thick with emotion.”  Joe Burrow, the quarterback for the Cincinnati Bengals thought differently. “You have three-hundred-pound men running twenty miles an hour trying to take your head off while you’re standing still, trying to ignore it and find receivers that are open. You’re running twenty miles an hour and somebody else is running twenty-two miles an hour, you’ve got to try to get the first down. That’s part of the game, I think. Part of what we signed up for.”

Following Tagovailoa’s injury, the NFL changed its concussion protocol in one key way. From that point on, any player diagnosed with ataxia, the medical term for the poor muscle control associated with concussions that can appear as unsteadiness or slurred speech, will be removed from the game immediately. In Tagovailoa’s case, his poor muscle control was blamed on an apparent back injury he had suffered earlier in the game.

This new policy has already come into play. During the Dolphin’s next game backup quarterback Teddy Bridgewater was spotted stumbling after his first hit of the game. This spot by an ACT spotter ( independent certified athletic trainer) led to Bridgewater being pulled from the game immediately.

As well, during week five, there was an abundance of toughing the passer fags that, prior to Tagovailoa’s injury would not have been called. There were two hits specifically against Tom Brady and Derrick Carr which raised questions amongst NFL fans.

The roughing of the passer penalty was originally intended to protect the quarterback from purposefully dangerous hits by opposing teams. These two hits, however, seemed to be in accordance with the rules, leading many to believe that these calls were meant to protect two of the league’s premier passers from a similar fate to Tagovailoa.

The associated press reported that the NFL did not instruct referees to call any additional roughing-the-passer penalties following Tagovailoa’s injury. As well, it is evident that there have been fewer penalties than in previous years. Statistics show that roughing penalties are down from last season. In 2021, there’d been 54 such penalties through Week 5; this year, there’ve been only 29.

It is yet to be seen how the new concussion protocol will impact players’ health long-term. For the foreseeable future, however, there will be many players being pulled from games that would have previously had the chance of being reinjured.