Elon Musk clinched a deal to buy Twitter for $44 billion. The world’s richest man’s mission to take over the powerful social network used by cultural trendsetters, world leaders, and celebrities.

“Free speech is the bedrock of a functioning democracy, and Twitter is the digital town square where matters vital to the future of humanity are debated,” Mr. Musk said in a statement announcing the deal. “Twitter has tremendous potential — I look forward to working with the company and the community of users to unlock it.”

Musk and Twitter agreed to a deal for $54.20 a share. This is a 38 per cent premium over the company’s share price this month. The revolutionist revealed that he was firm’s single largest shareholder.

The deal, which has been unanimously approved by Twitter’s board, is expected to close this year, subject to a vote of Twitter shareholders and certain regulatory approvals.

Musk calls himself a free speech absolutist, and has criticized Twitter’s moderation. He wants Twitter’s algorithm for prioritizing tweets to be public. He also opposes to giving extensive power on the service for advertisement corporations.

Political activists expect that Musk’s Twitter takeover will mean less moderation. For example, this could see the reinstatement of banned individuals including former president Donald Trump. Conservatives were encouraged by the prospect of fewer controls, while some human rights activists voiced fears of hate speech amplification.

Musk is worth $268 million according to Forbes. He is also the chief executive of both electric car maker Tesla Inc and aerospace company SpaceX.

Twitter users had mixed emotions about Musk’s takeover of the site. They voiced a blend of excitement, worry, and doubt. The reaction was a reflection of the segregation between the political and cultural nature of the ongoing conversation on the website.

The news generated a wide range of trending topics on Twitter. These included Musks’ name itself, as well as the hashtags #RIPTwitter and #twittersold.

Moreover, many raised questions about Musk’s future plans for the company.

Jack Dorsey is a founder of Twitter who served as its chief executive twice, and is on the company’s board. He tweeted a link to the Radiohead song “Everything in Its Right Place,” as well as thanking Musk for “for getting the company out of an impossible situation.”

“This is the right path,” he added. “I believe it with all my heart.”

Republican of Texas, Senator Ted Cruz posted a poll on Twitter asking “Is Elon Musk’s purchase of Twitter a good thing?” The two answer choices — “Yes” and “No, I hate free speech” — could be an indication of his stance on the situation. 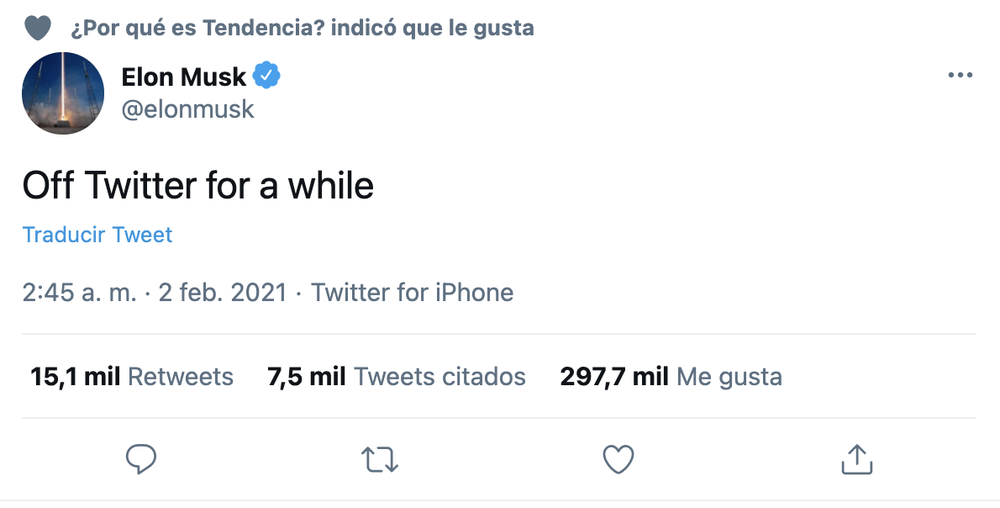 The other side of the political spectrum also had things to get off their chest.

Lawmakers were concerned about Mr. Musk’s motives and his wealth. “It’s absurd that one person can afford to buy Twitter for more than $40 billion while working families across this country have to choose every day between buying groceries or their prescription drugs,” said Representative Pramila Jayapal, Democrat of Washington.

This deal is dangerous for our democracy. Billionaires like Elon Musk play by a different set of rules than everyone else, accumulating power for their own gain,” she said. “We need a wealth tax and strong rules to hold Big Tech accountable.”

Not only that, allies of Musk in the business world were confident.

“Ok, now I can finally start to Tweet,” wrote Keith Rabois, a venture capitalist who worked at PayPal with Musk.

With so many different sides on Twitter voicing their opinions, the entertainment sector didn’t hold back.

“Free at last!” He tagged Musk and wrote, “Take off my shadow ban homie,” said rapper Ice Cube. He was referring to a subtle form of limiting a user’s posts without letting them know.