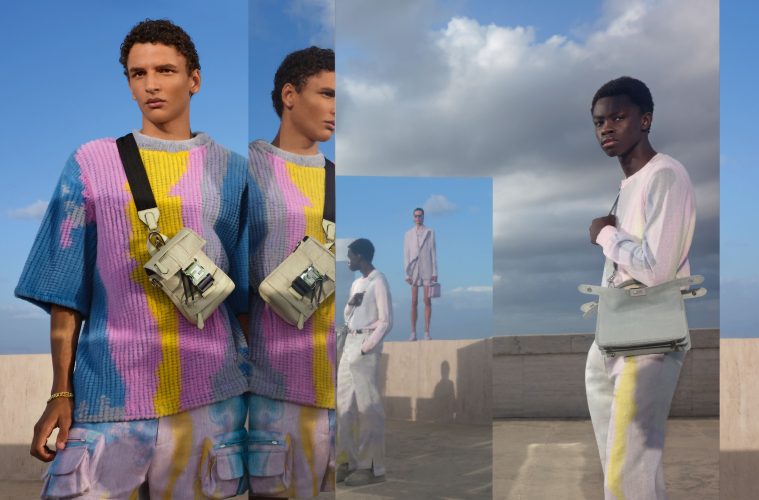 Fendi’s new men’s spring/summer 2022 campaign was brought to the rooftop of the Fendi headquarters at Palazzo Della Civiltà Italiana. The campaign is shot on the rooftop to bring energy and atmosphere to the Roman sky.

These signature looks were created by Silvia Venturini Fendi Artistic Director of Accessories and Menswear, and she wanted this collection to be seen as a daydream. 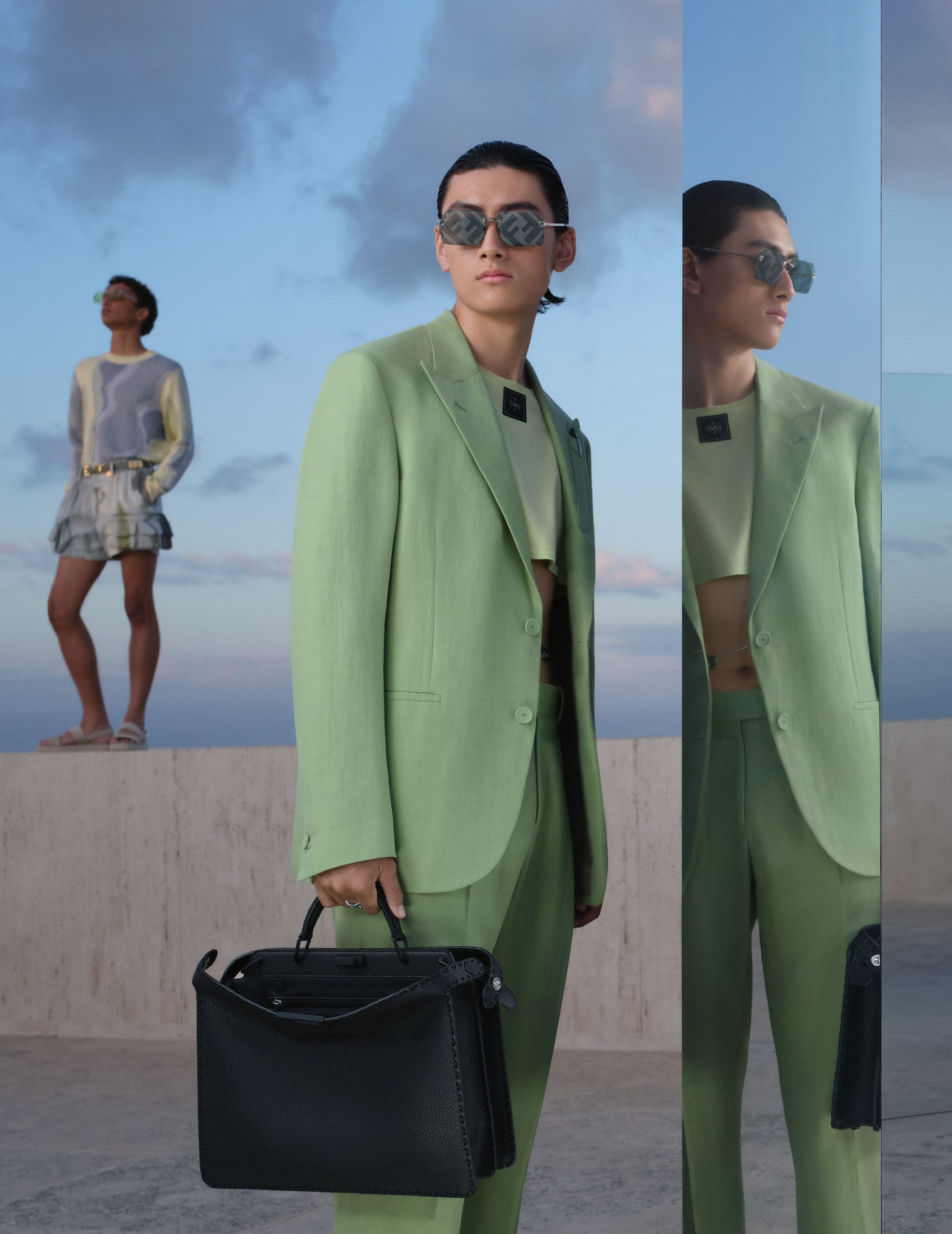 In the campaign you see Fendi’s menswear models walking and standing around on the rooftop that depicts the cloudy Roman sky, which timelapse from day to night to capture the two visions of this spring/ summer collection. The models are seen in mirrors and reflections, causing some to be reflected as doubles or in a multiplying point of view. This brings the idea of the collection to life, a playful escape from reality. Campaign creative director and photographer Nico Vascellari created the playful escape by subverting objects with the heights of the Fendi craftsmanship. 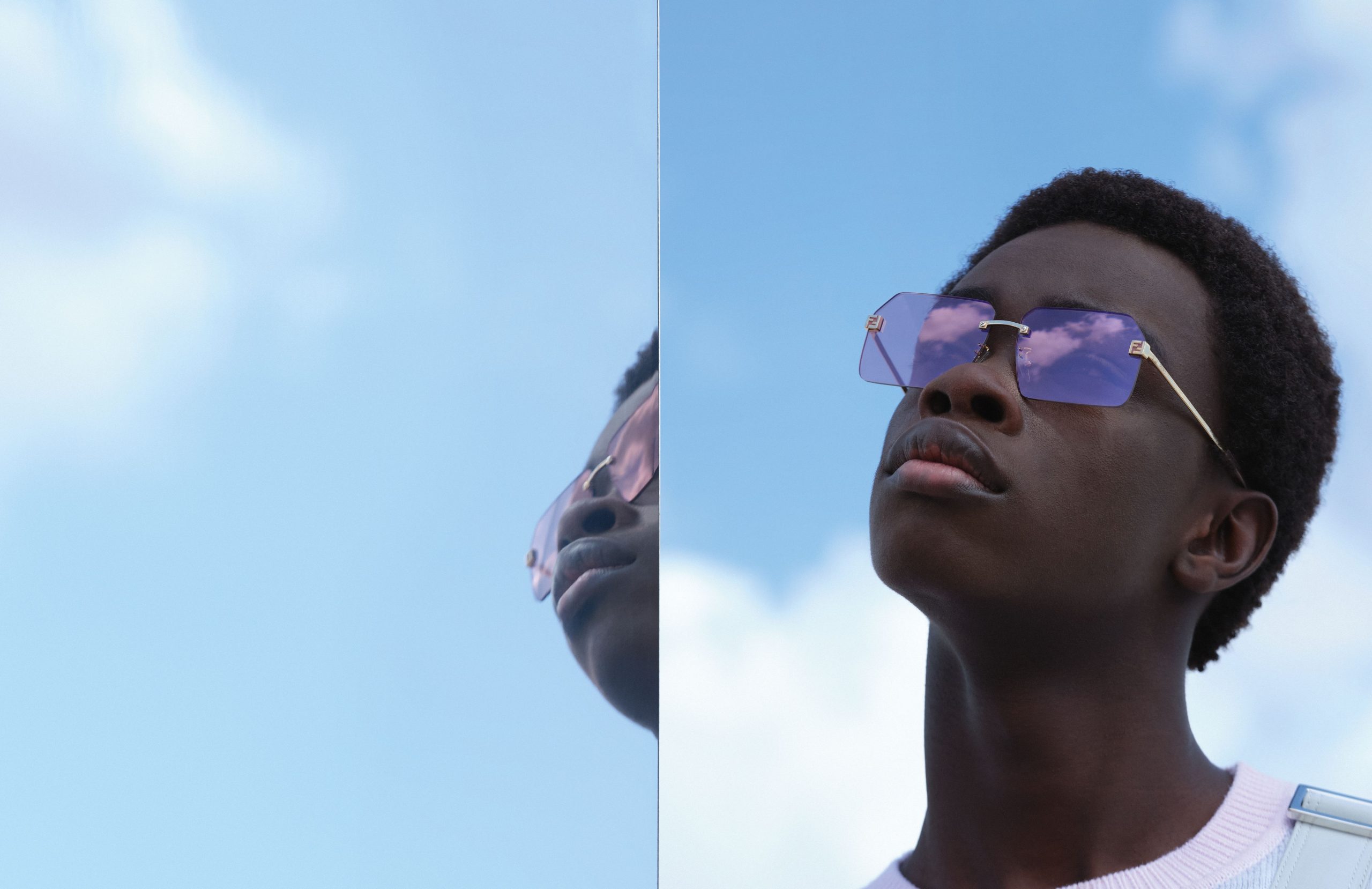 The collection has a subtle palette that really echos spring flora and the transient skies, which connects the collection to the campaign. The rooftop allows the collection to come to life more than anything else. In the creative direction, using the colours and textures from the rooftop like travertine, chalk and graphite allow colours of lemon/lime, ice blue, lavender and pistachio to outshine. 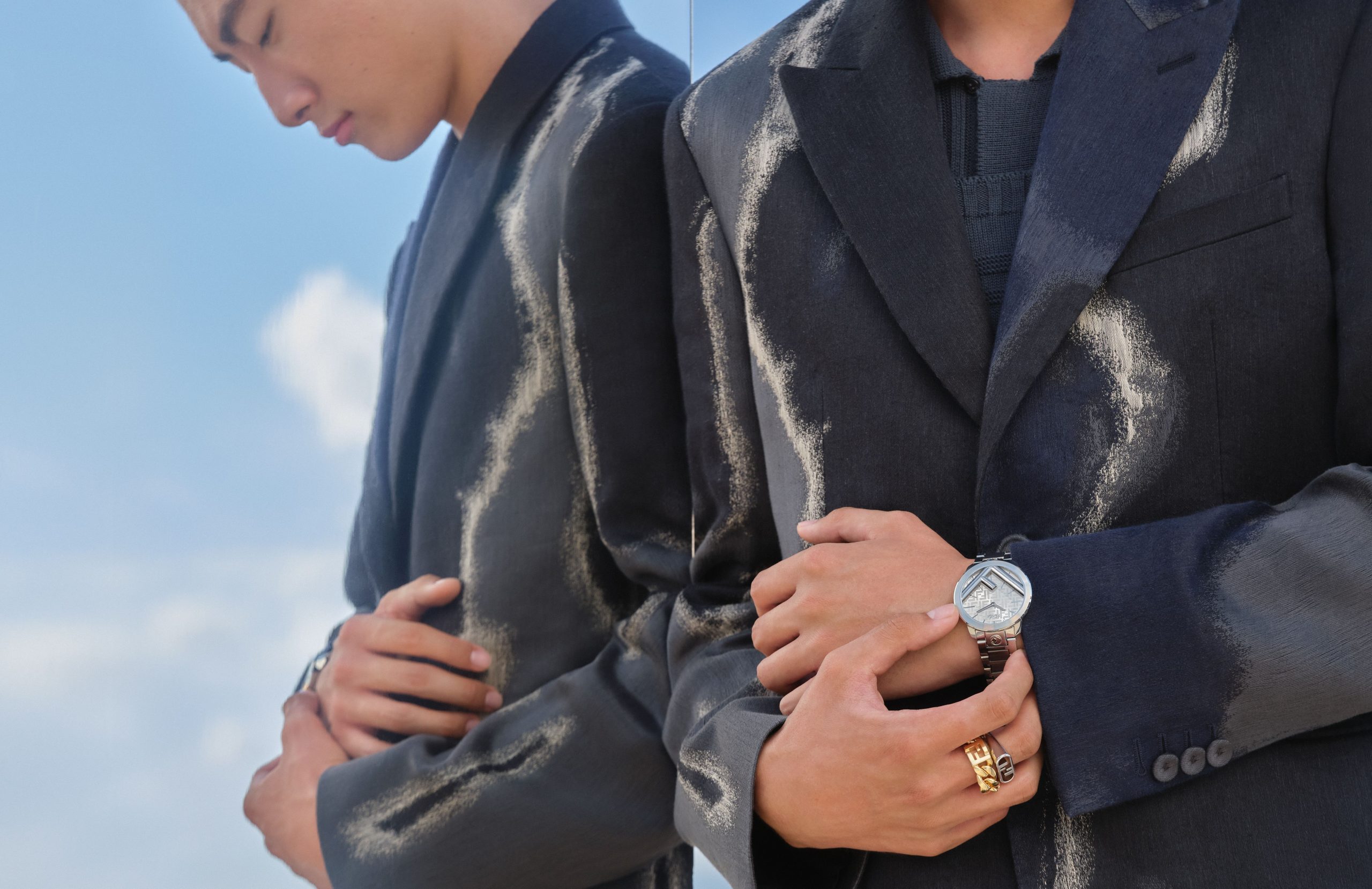 The new collection embodies a reflective focus on the future of where luxury fashion is heading. This collection features the earth topographic print is an abstract contoured motif, floats across linen silk suiting and jacquard denim and the cartographic drawing of the city with freehand FF logos. Following the idea of distorted reality, the peekaboo appears with iconic Selleria macro stitches or in matte nylon, along with the new mini Fendiness backpack featuring its signature utility buckle and crossbody style.